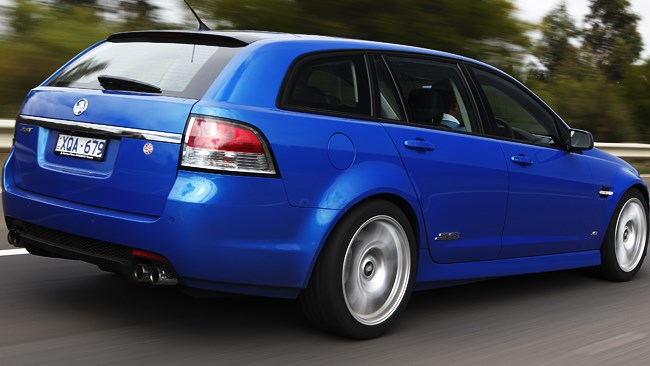 A Holden dealer has turned up the wick on the Commodore SS V Sportwagon’s 6.0-litre V8, offering 480kW and 920Nm of rubber-smoking, supercharged goodness

“What’s a Patterson Cheney Race Sport?” I hear you ask.

The Patterson Cheney dealership has been selling Holdens in Victoria for more than 50 years. In a former life, current New Car Manager at PC’s Vermont dealership, Nick Batzialas, was the leading HSV salesperson in the state. And together they created the new Race Sport brand.

Displayed in showrooms alongside the regular Holden line-up, Patterson Cheney sold 150 Race Sport packages in the brand’s inaugural 2008 year, without marketing or advertising, and hasn’t looked back since.

Holden Commodore V8 send-offs confirmed
“The world of Race Sport is where [the customer] can come in and the sky’s the limit,” says Batzialas.

“We’ve created whole packages, but there are still plenty of options. [Customers] can build their car up, while we mirror the factory warranty.”

Inside or out, the RS454 we’ve been given might not look a lot different from a standard Commodore SS V, apart from some pretty generic Race Sport signage and some fat 19-inch BBS alloys that protrude out from under the VE’s muscular guards. But like many things that have come out of Melbourne recently, there’s a bit more going on behind the scenes than meets the eye (just ask any Storm player).

Underneath the decidedly inconspicuous bonnet lies the standard SS V 6.0-litre V8 that’s been huffered by an HTV1900 Harrop Black Series Roots-type supercharger to produce a monumental 480kW at 6200rpm and 920Nm at 4500rpm.

Key to its gains is the specially developed Over the Radiator (OTR) intake manifold that contributes about 30kW to the overall figure. The RS454 name (originally designating 454kW) was devised before the OTR was developed, hence the disparity.

In six-speed manual form, this RS454 Sportwagon is easy to crawl along with city traffic in, and because the engine’s internals are standard, the lack of anything like a lumpy cam means it’s not cranky at all, and it idles along as easily as any regular SS V.

In fact, as you squeeze the throttle to hit the odd gap in traffic, or pull out onto a main road, that supercharged grunt that swells so easily that it quickly becomes addictive to the point that you wonder how you could ever do without it.

This user-friendliness seems slightly bizarre at first, because after starting the engine and listening to it idle through the three-inch dual exhaust, you’d swear that it actually has been fitted with a lumpy cam.

The deep, burbly idle is purposeful and surprisingly loud – there’s no chance that anyone could mistake it for a standard L98 V8. Rolling along at low revs in any gear, there’s an ever-present exhaust crackle that ignites each time you gently tickle the throttle to maintain your speed.

There’s some boom at 100km/h, but it was (cleverly) muffled by the dealer with five or six layers of polishing cloth laid between the spare tyre and the wagon’s boot floor.

Sneaky perhaps, but this simple solution actually silences most of the boom without spoiling the noise when you want it. Like when the super-sharp throttle mapping delivers a loud burst of revs as you rap the accelerator, making heel-toeing and double-declutching an aural delight.

When the opportunity to safely floor the throttle presents itself (when you’ve mustered the courage, that is), the RS454’s lazy burble transcends into a hearty, chesty roar that isn’t easily forgotten.

There’s little audible supercharger whine, simply because the beast it’s attached to drowns it out with volumes of exhaust noise.

Even on an empty dragstrip, this car is intimidating. Until now, as we’ve driven it around town and up the freeway to Heathcote Raceway’s dragstrip, the RS454’s deranged wont of turning tyres into molten rubber has proven largely manageable, even enjoyable.

But it’s like staring down a bull as I sit on the startline, ready to engage all 644 horses.

I’ve performance tested plenty of high-powered cars, but this one is a little crazy. It demands to be treated with respect and the process of extracting every little sliver of time from a car on a dragstrip is, well, disrespectful. And the RS454 knows it.

So despite our best efforts, the fastest time we could post was a 5.04sec run to 100km/h, and a 13.16sec 400m. That’s waaay slower than it’s capable of, and the owner insists that he was able to clock a 12.1sec quarter at the same venue only days earlier. Clearly, the apparent change in track conditions hasn’t helped the RS454’s cause.

The heavy race clutch’s savage engagement, combined with the interruption of the ECU’s ignition-cut on brutal, quick changes at high revs means the RS454 just can’t apply enough of its power to the strip effectively, despite its 275/35 R19 rear footprint.

But I’m not sure the Kumho Ecsta SPTs are the last word in tractive ability, either.

The RS454’s main gripe, however, is the axle tramp that seems to plague it. From rest, it’s almost impossible to get the rear wheels to spin up on the spot because of the rear suspension’s preference for tramping.

It could be the tweaks that have been made to the suspension, as even after we’ve left the dragstrip, you can feel the inside rear pattering over the road when you’re braking deep into a tight corner. Then again, it’s certainly not the only VE we’ve driven that suffers from this affliction.

Generally, the brake and handling upgrades are good, with the Harrop ‘Ultimate’ braking package providing anchors that can keep up the phenomenal power output.

And while the lowered suspension – complete with Bilstein shocks – doesn’t really feel a great deal stiffer than any other SS V when you’re cornering hard, the plus side is that it inherits the standard’s car comfortable ride, even on 19s.

And that’s precisely what this car is all about: it’s a serious muscle car that’s seriously easy to live with. The RS454’s strength isn’t in being driven flat out, even though it probably would be entertaining at track days.

But even at seven-tenths, it’s still bloody fast. And despite the wolf-in-sheep’s-clothing appearance, that engine makes it an experience to drive at any speed.

The fact that our test car costs $86,990 driveaway, or around the same money as a HSV GTS, means it’s a serious alternative for buyers who want something that appears a little more subtle. 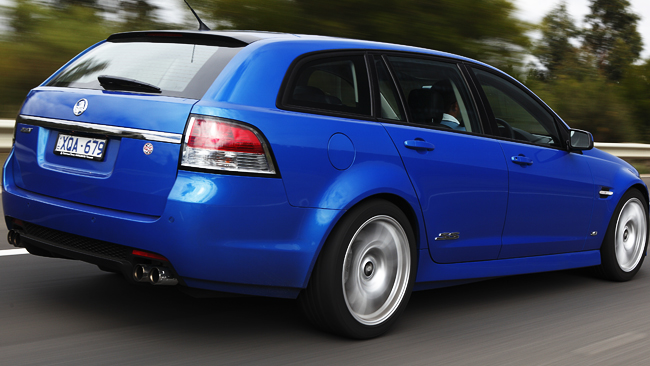 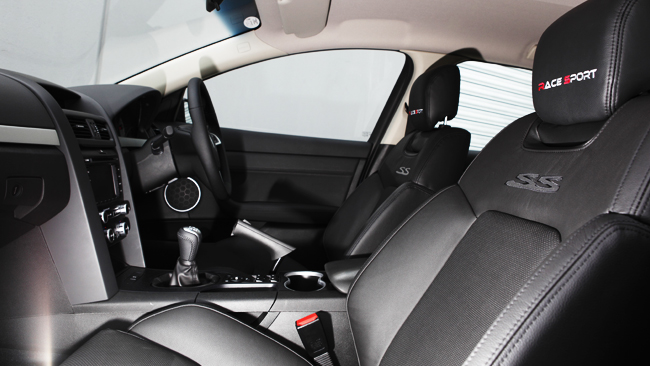 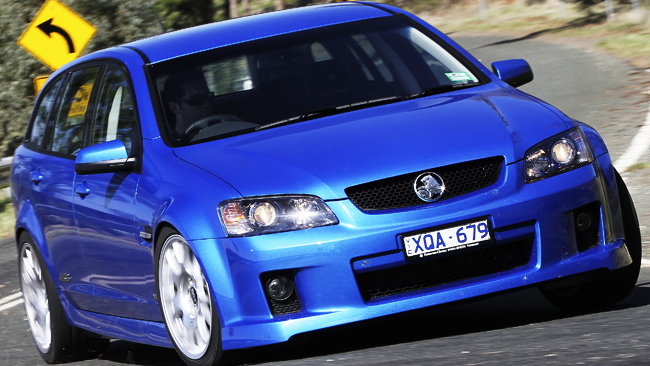