The compact-luxury-SUV segment is still a relatively young one, having been created in 2009 with the introduction of the BMW X1.

Audi followed in 2011 with the Q3 and Mercedes-Benz another two years after that, with the GLA. Infiniti’s GLA-based cousin, the QX30, was released recently, though even with a Volvo XC40 due in 2018 this remains a class as compact as the vehicles themselves.

The German trio of the X1, Q3 and GLA continue to play out an intense battle in showrooms, with the BMW – the first to appear in second-generation form – leading the way at the time of writing.

Here, WhichCar provides a guide to any changes planned or expected for these models during the next 18 months to help you pick the perfect timing for buying one.

An all-new version of the Q3 is likely for 2018, though there’s still more to come from the first generation that debuted in 2011. 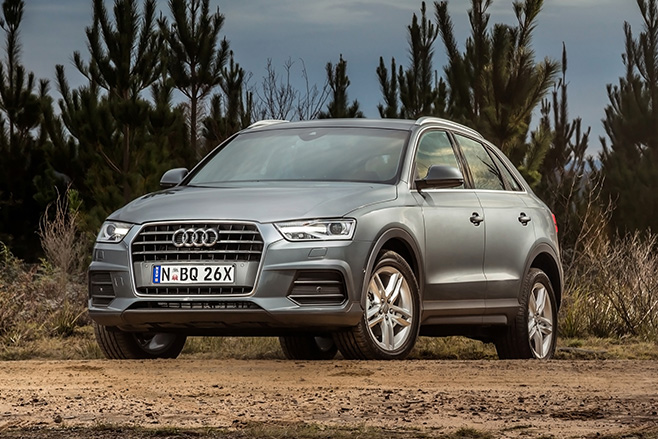 The fastest version of all, the RSQ3 Performance, landed in early October, bringing extra performance and goodies over the regular RSQ3. Taking its 2.5-litre turbocharged five-cylinder from the latest RS3 hot-hatch, power and torque climb to 270kW and 465Nm (up 20kW and 15Nm, respectively). The 0-100km/h acceleration run is also quickened by four-tenths to an impressive 4.4 seconds.

A new S-Line Competition package will be part of what is expected to be the current Q3’s final update that includes some visual tweaks, though it’s not due here until the second half of 2017. 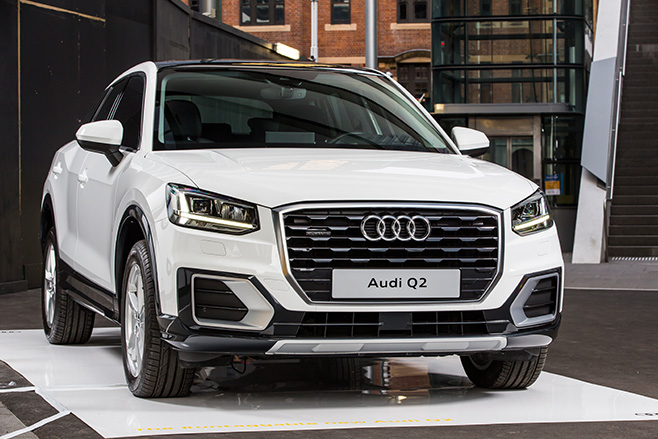 If the Q3 is too big for you, even at just 4.3 metres long, a new, 20cm-shorter Q2 model goes on sale in February. The extra length of the more angularly designed SUV is mainly found in the bumpers, so interior room is less affected than boot space (down 50 litres compared with the Q3).

Pricing should start below $40,000, making the Q2 Audi’s most attainable SUV yet.

The first X1 was a compact SUV for drivers, especially the rear-wheel-drive variants. BMW moved to a front-wheel-drive-based platform for its replacement, released in late 2015, to create a more practical package, with all-wheel-drive versions again available. Sales have surged since.

X1’s newness means no significant updates are on the cards for the foreseeable future. However, a new spin-off model called the X2 is anticipated for late 2017 or early 2018. BMW unveiled a concept previewing the X2 at the recent 2016 Paris motor show. It will be a sportier, coupe-style (but still five-door) version of the X1 in the vein of the X3/X4 and X5/X6 relationships. 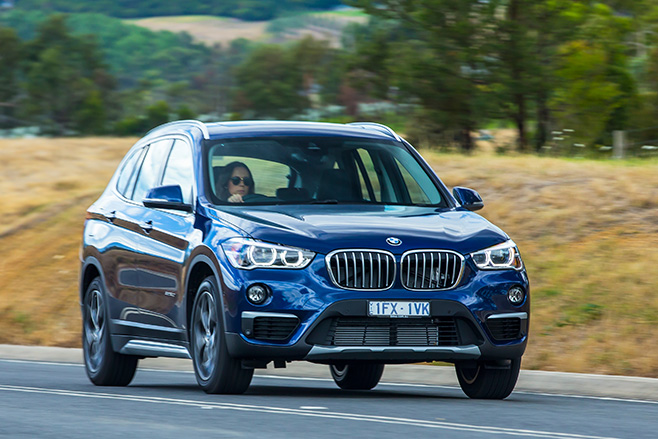 If the X4 and X6 are any guide, the X2 would be expected to feature the sportier of the X1’s 2.0-litre petrol or diesel turbo engines, as well as extra equipment to help justify a premium over the X1 that currently starts at $49,500.

The GLA could be viewed as more of a high-riding A-Class hatchback than a purpose-built compact SUV like its rivals, yet that has had no bearing on its popularity since arriving in 2014.

Its first update happens in 2017. It’s too early for official images or details, though we can expect similar changes to related models such as the A-Class and CLA sedan.

That would mean subtle design tweaks such as new bumpers, colours and alloy wheels for the exterior, and new trim and a slimmer, 8.0-inch tablet infotainment display for the interior. 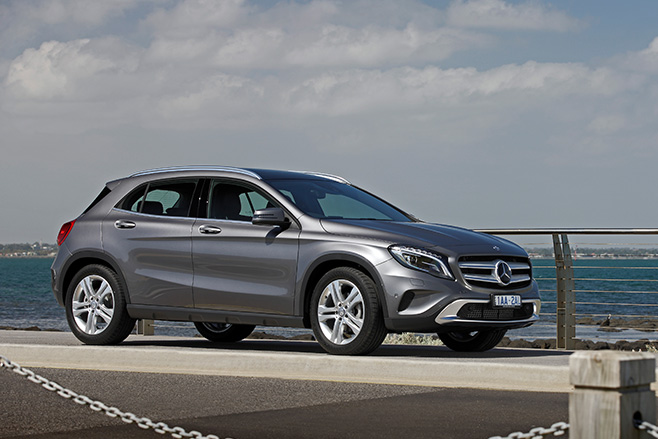 The GLA currently has the fewest engine options of any of the compact Mercedes models, with just three. It’s unknown whether Mercedes-Benz Australia will expand the line-up, though the potential for new options includes a 135kW GLA220 4Matic petrol all-wheel drive and a higher-performance diesel in the form of a GLA220d that sends 130kW to either the front wheels or, optionally, all four wheels.

What is certain is that the GLA45 AMG flagship will receive the upgraded 2.0-litre turbocharged four-cylinder already seen in the A45 and CLA45, which boosts power by 15kW to 280kW.