The most common deadly driving habits

We all know that making poor decisions such as reaching for your phone or having a few drinks can turn safe day-to-day driving into a dangerous form of transport. But you might be making a number of seemingly-innocent mistakes that put your own safety and the wellbeing of others around you at risk every time you hit the road.

They they might not technically be illegal, the following faux-pas still fall afoul of common sense.

Or worse, not at all. It may be hard to believe, but many Australians are still choosing to not buckle up in cars and it’s showing in shocking crash statistics. 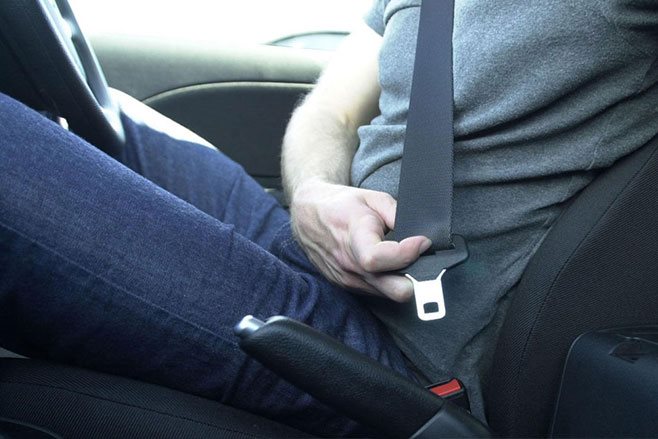 Of the 133 people killed on Victorian roads this year, 20 percent were not wearing a seatbelt. A belt increases your chances of avoiding death or serious injury in a crash by almost 50 percent, and you are 30 times less likely to end up outside the vehicle.

Wearing a seatbelt incorrectly is almost as bad. A test conducted by the NSW Centre for Road Safety last year graphically demonstrated the consequences of tucking the shoulder sash under your arm. At the point of impact, the test dummy’s torso was not restrained and the head is slammed into the dashboard.

As well as the head trauma caused, the incorrectly-placed seatbelt also applies massive forces to the vulnerable abdomen and ribs, resulting in internal injuries as well.

The seatbelt’s job is to also hold you the correct distance from the airbag. In the event of a frontal impact, unrestrained passengers can be thrown into a rapidly-expanding airbag which severely increases neck and upper body injuries.

Wear your seatbelt and wear it correctly every time you get in the car.

Feet on the dashboard

All new cars and many older vehicles have an airbag hidden in the dashboard immediately in front of the front passenger, which is designed to prevent contact with the dashboard. 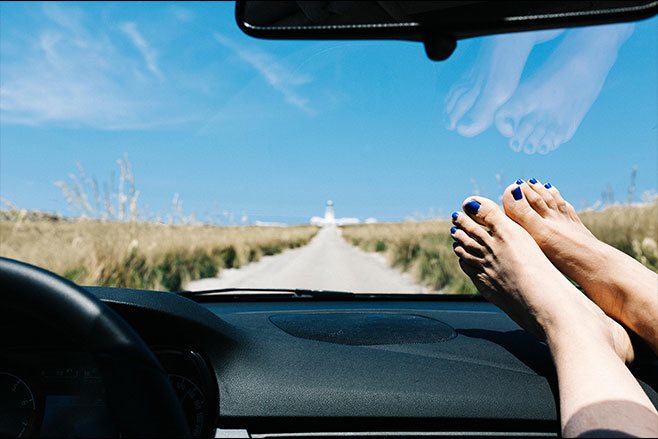 But if your feet are resting on the dashboard during a collision the deploying airbag has the potential to force the passenger’s legs upwards or back towards their face at speeds of up to 320km/h.

Even if the car does not have a passenger airbag, the elevated positon of the passenger’s legs allows the body to slide underneath the seatbelt causing the internal organs of the abdomen to take the brunt of the impact.

Read: What are dash cams and why are they important?

In either scenario, the result can be a torn bowel, spinal, leg and facial injuries. That's probably the best-case result too, as death is a very real outcome of propping your feet on the dashboard.

Always keep your feet on the floor when riding as a passenger.

The driver is just as much at risk from their airbag as the passenger if they are seated in the wrong position. 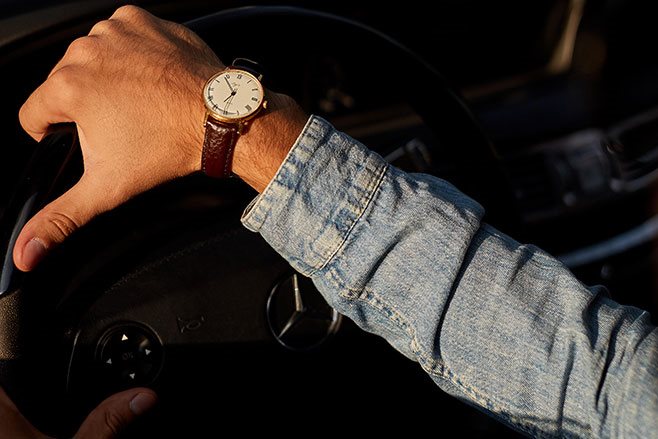 Allowing an arm to cross over the steering wheel centreline or adopting the ‘gorilla grip’ of steering with just one hand at the top of the wheel is potentially dangerous if the airbag should deploy. You might think you look like Vin Diesel driving like that, but you're putting yourself at unnecessary risk.

If this happens, the driver’s arms are blasted upwards with extreme force into the car’s roof resulting in broken wrists and/or facial injuries.

Always keep your hands on the wheel somewhere between quarter to three or ten to two.

Like most bad driving habits, most people believe that failing to leave a sizeable gap between cars isn't a big deal. But it can all go wrong in an instant. It's arguably one of the most dangerous ways to drive and if you do happen to crash while tailgating it'll automatically be your fault. The risks are too great to employ such an aggressive driving manoeuvre so don't even think about it!

Computer modelling has shown that a grain of sand hitting the earth at 100 times the speed of light would destroy the entire planet, which illustrates just how dangerous innocuous objects can become when travelling at high speed, no matter how improbable. 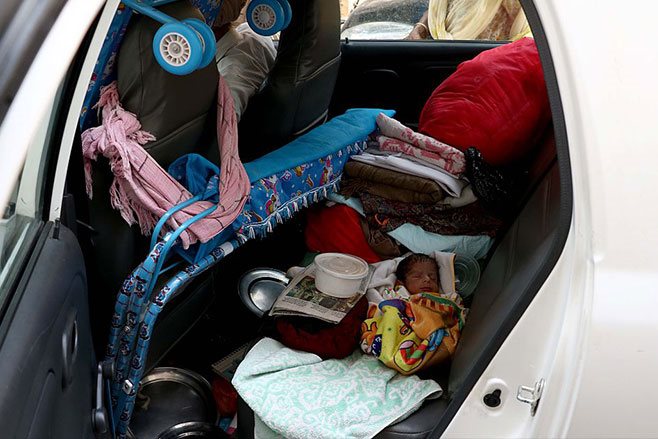 Any item that isn’t secured while driving has the potential to fly about the cabin during a crash, including pets. Unrestrained dogs weighing many kilos are extremely dangerous to other occupants not to mention the danger posed to their own safety.

And that grim reality was demonstrated last year in Spain when a toddler was killed when a tablet device that was loose in the car struck her in the face during a collision.

Even that 250g box of tissues on the back shelf will become a nasty missile in the event of a high-speed crash, so make sure you never leave items, particularly heavy ones, unsecured when traveling. Another reason to keep your car clean and clear.

That rule applies to people too. Even if the driver is safely restrained, a passenger not wearing their seatbelt in the second row can cause them fatal injuries in a frontal impact. 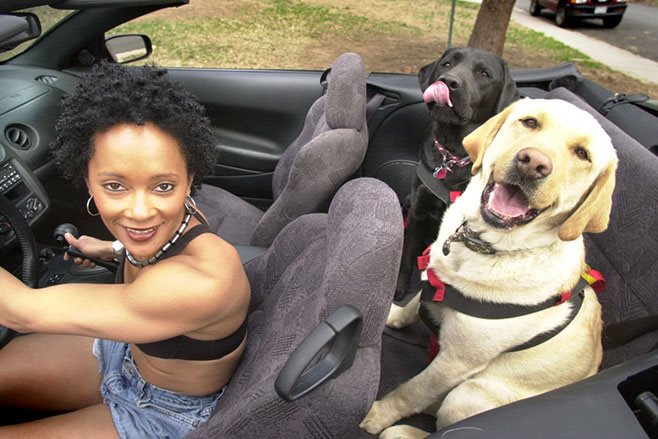 The force of an unrestrained human bearing on the back of a front occupant is enough to crush them into the steering wheel, dashboard and windscreen.

It is the driver’s responsibility to ensure everyone in the car has their seatbelt properly buckled but it pays for everyone to be aware of the potential dangers.

Speeding motorists are often publicised as a common menace on our roads, but driving too slowly can also cause serious crashes too. 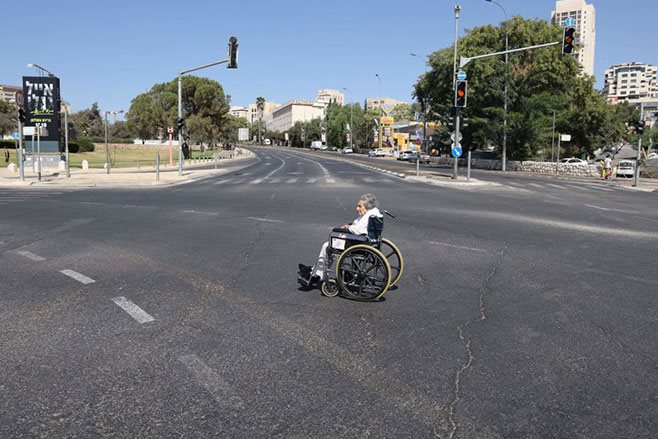 Research conducted by David Solomon in the 1950s and again by repeated studies in the late 1960s revealed that the severity of crashes was more closely related to speed differential between vehicles rather than whether said vehicles were travelling at high speed.

Even in the absence of scientific studies and the ‘Crash Risk Curve’, it doesn’t take a genius to realise the hazard posed by a slow-moving object in otherwise fast-moving traffic. Think sitting at 80km/h on a 100km/h highway makes you a safer driver? You're wrong.

Driving while tired or stressed

Other studies have shown that tired and or stressed drivers can be as dangerous at the wheel as those driving under the influence of drugs and alcohol. 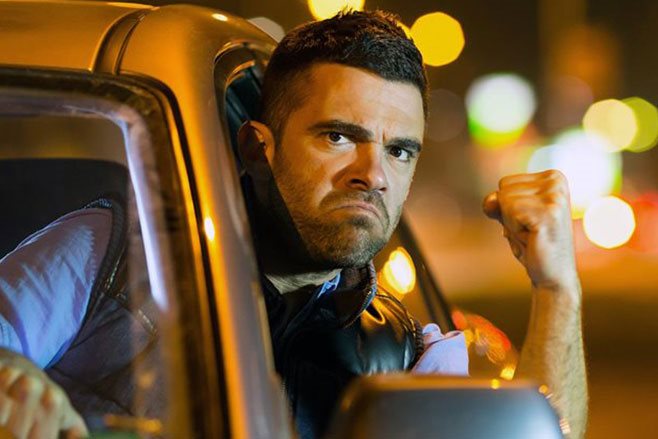 While the effects of tired drivers are widely known and can result in potentially fatal ‘microsleeps’, stressed drivers are far more likely to suffer attacks of ‘road rage’ which can lead to a multitude of dangerous actions.

Running red lights, aggressive manoeuvres and speeding are all common actions by angry drivers with potentially costly and deadly outcomes.

Only ever get behind the wheel when you have a clear head and can direct your full attention to safe, alert driving.

Something as simple as driving with the interior light on can put you and your passengers at greater risk during night driving. 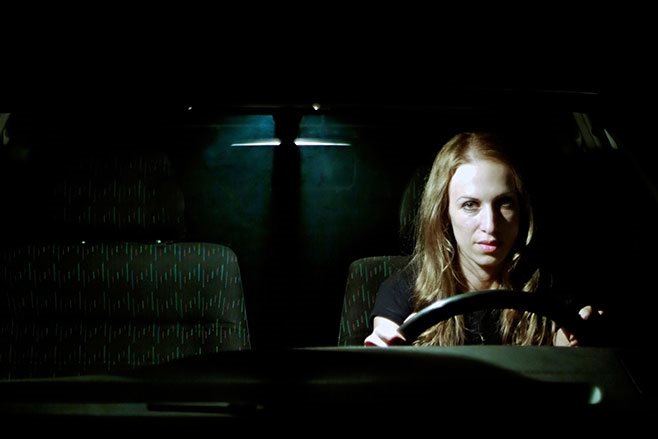 A bright light inside the cabin reduces the driver’s vision of the surroundings outside the vehicle. It might only seem like a small reduction in vision, but that is often all it takes to miss a vital warning sign such as wildlife or another dimly lit hazard.

Occupant activity inside the car is also a distraction and keeping the house lights up only encourages the driver to divert their attention away from the road.

When driving at night, keep the cabin lights out or use focused directional beams if a passenger needs to read a map or other essential information.

Did we miss one? Hopefully, we don’t have to remind you of the illegal ones, but let us know your road-user pet hate or something you see dangerous Aussie drivers doing in the comments below, or get in touch via our social media pages. 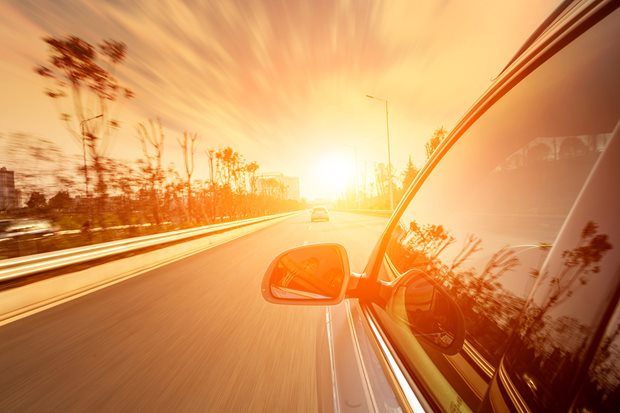 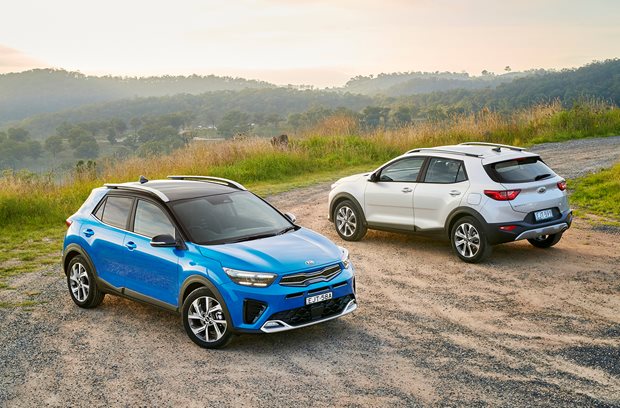