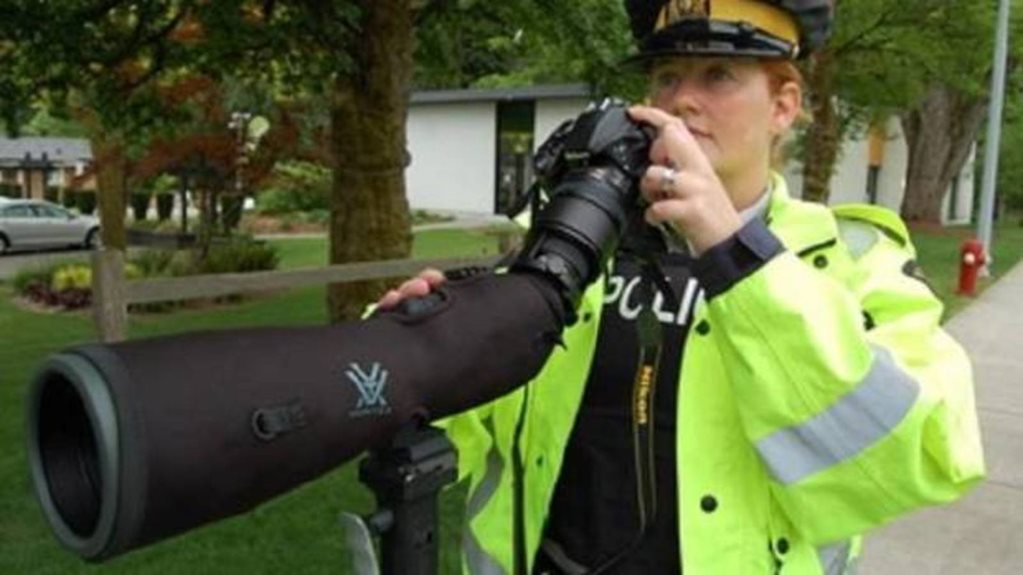 Police are taking new steps to hunt down texting drivers, introducing technology that can spot not-so-smart smartphone users up to 1.2 kilometres away.

The Royal Canadian Mounted Police have taken to the province of British Columbia with spotting scopes that are attached to a high-resolution digital SLR camera equipped with fast shutter speed capability.

“Traffic services have used spotting scopes for years, but the new part of this technology is now we have a spotting scope we can actually attach a DSLR camera with 24.2 megapixels and a 50 millimeter lens," RCMP Constable Melissa Wutke told Canadian news service CBC.

"So we attach that camera to our scope and that allows us to see 1200 metres [away]."

Officers are focusing on intersections, where distracted driving can be both particularly prevalent and dangerous.

The special scope allows them to see offending drivers without being seen themselves. If they spy a driver texting, the officer can take a photograph for evidence and radio to a colleague closer to the intersection to pull over the offending motorist.

Constable Wutke told CBC the RCMP was also targeting other forms of distracted driving, such as putting on make-up or eating a bowl of cereal.

Which Car has previously reported on how New York City police will soon be implementing new ‘textalyser’ technology, which will allow roadside officers to scan a driver’s smartphone for recent activity if there’s a suspicion of distracted driving.