While most of the big car manufacturers have developed a full stable off SUV ranging from hatch-back based crossovers to big seven-seaters, Volkswagen has until recently made do with just two high-riding offerings in the form of the Tiguan and Touareg.

But that’s rapidly changing, with the German carmaker having embarked on a strategy to introduce more SUV sharing platforms with other Volkswagen Group brands such as Skoda and Audi, most of which will come to Australia.

Volkswagen conceded last year that it didn’t have depth in its SUV range and announced it would introduce five-new models by the end of 2018.

It got the quickly ball rolling last year with an all-new Tiguan which elevated the nameplate from small- to medium-SUV status putting it up against the likes of the Mazda CX-5 and Hyundai Tucson. 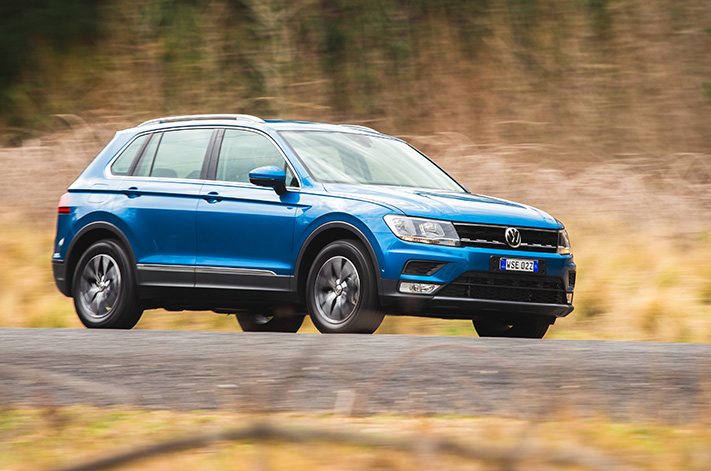 The Touareg is also about to be revamped on the same MLB Evo platform as the Audi Q7 and Bentley Bentayga. Volkswagen has provided a hint of what it will be like with its all-wheel-drive T-Prime concept shown at the 2016 Beijing Motor Show.

The 2018 Touareg will remain in the premium large SUV category, which leaves a hole in the VW range against the likes of more affordable large SUVs such as the Mazda CX-9 and Toyota Kluger. 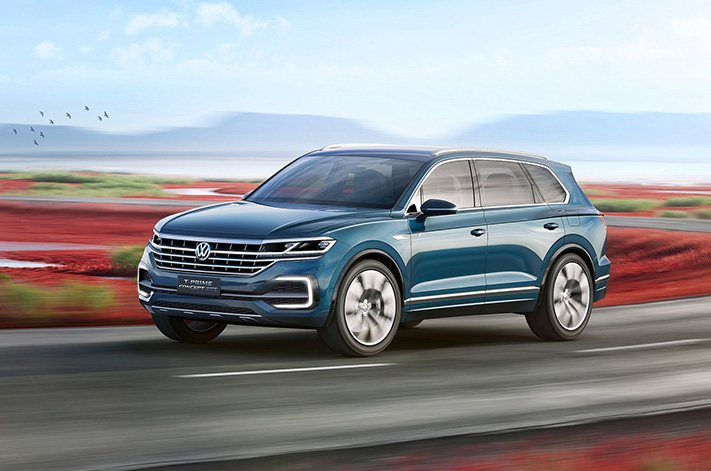 That’s set to change with the introduction of the Tiguan Allspace, which is a stretched version of the second-generation Tiguan with seven-seat capability.

The Tiguan Allspace is 215mm lengthier than the ‘classic’ Tiguan and has a 109mm longer wheelbase with longer rear doors and bonnet to maintain proportion.

The extra sheet metal translates a 760-litre rear cargo compartment; 145-litres bigger than the standard Tiguan, which can be used to add two more seats.

It comes in three variants, Trendline, Comfortline and range-topping Highline with equipment levels similar to that across the smaller Tiguan. 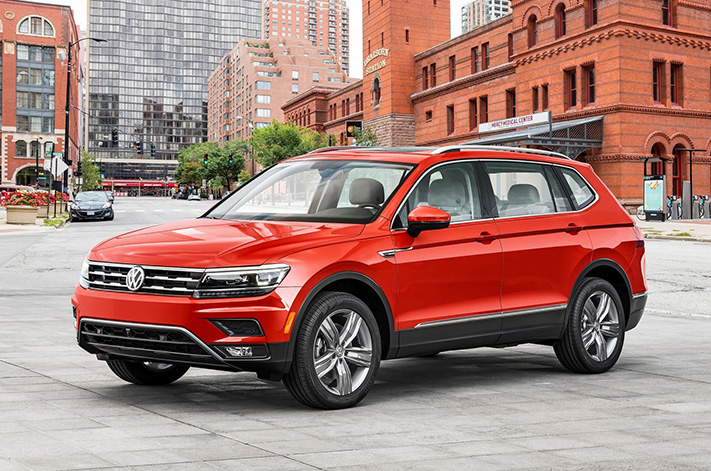 Engine options for Australian models are yet to be confirmed but expect to see a similar range of engines as already available in the classic Tiguan range including the 1.4- and 3.2-litre turbo petrol and 2.0-litre turbo diesel engines.

The Tiguan Allspace’s arrival next year will probably mean VW’s other new big SUV, the Atlas won’t make it Down Under.

Measuring a huge 5036mm long, 1978mm wide and sitting astride a 2978mm wheelbase, the Atlas’s footprint is not only bigger than the Tiguan Allspace, but eclipses the CX-9 and Kluger too.

The America-built Atlas is based on the MQB modular transverse architecture that will also underpin the next-generation US-market Volkswagen Passat and is powered by either a 2.0-litre four-cylinder turbo TSI engine or a 3.5-litre V6, with the former being front-drive and the latter driving all four wheels via an eight-speed automatic transmission.

Volkswagen Australia has expressed a desire to bring the Altas to Australia, however it is currently only being built in left-hand-drive guise.

At the other end of the scale, Volkswagen is re-entering the small-SUV market, once occupied by the first-generation Tiguan with its funky T-Roc crossover due to be unveiled on August 23.

The T-Roc will be a key player in Volkswagen’s plans to expand its SUV line-up in Australia and is expected to be priced directly against the likes of the Mazda CX-3, Toyota C-HR, and Peugeot 2008 when it goes on sale here next year. 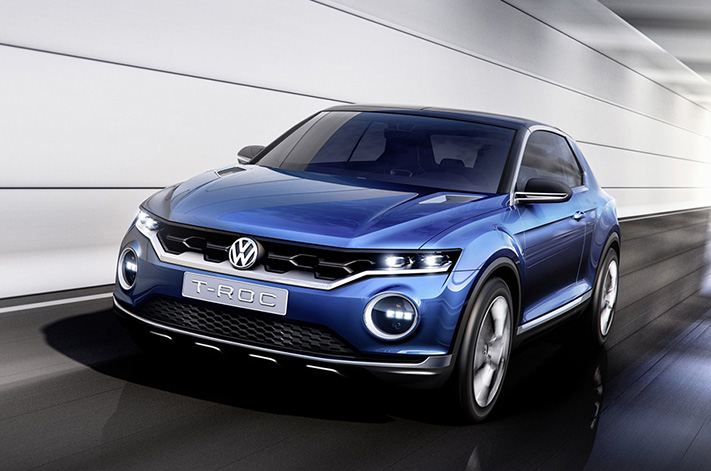 T-Roc will be similarly proportioned to its Audi Q2 cousin, which, along with the Polo shares its MQB platform.

The size-difference between the T-Roc and Tiguan allows for another Golf-based crossover to be added to the range.

Buy the new Kia Seltos GT-Line or get a used Volkswagen Tiguan 132TSI...