What is a Powertrain or Drivetrain?

When you go looking for a new or used car, you often come across terms like kilowatts, Newton metres, semi-automatic gearboxes and all-wheel-drive – to name just a few. They all relate to a car’s powertrain and Samantha Stevens explains why it’s handy to know what this stuff actually does.

Here’s hoping you never have to actually see your car upside-down. But if you could flip your car over and have a really good look at what makes it roll (pun intended), you may have a greater appreciation for the sheer marvel of the automobile, and how it turns an explosion of fuel and fire into spinning cogs and rotating wheels. Plus, knowing at least the basics of how a car is put together; what makes up its moving parts and what on earth the mechanic is talking about at your next service aint necessarily a bad thing either…

If the chassis is the skeleton, the powertrain is the musculature system. The powertrain encompasses every component that converts the engine’s power into movement.

This includes the engine, transmission, the driveshaft, differentials, axles; basically anything from the engine through to the rotating wheels.

The drivetrain, as the name suggests, is the name given to the group of components that drive the wheels – but unlike the powertrain, it typically refers to everything that comes after the engine (and some will argue it does not include the transmission, either). So all the bits in between the engine and wheels that produce, develop or assist drive are what make up the drivetrain.

Drivetrains for front, rear and all-wheel-drive and 4WD vehicles are all quite different, due to the need to send the engine’s power out to the wheels in different ways.

The transmission is the gearbox and clutch, which transmits and converts power from the engine into twist (rotational force) for the wheels.

The clutch engages or disconnects the turning engine from the gears as they are shifted up, down, or into neutral. This is particularly important when coming to a stop to keep the engine idling – if you didn’t have a clutch, the engine’s rotation locked to the gear would wind down to a shuddering halt, and stall. We’ve all done that more than once…

Gears are the way of best harnessing and optimising the engine’s power no matter what speed you are travelling.  A low gear (first or second) produces more force at lower speeds, i.e. to get you off the line, while a high gear produces less force at higher speeds to keep you rolling along rapidly. 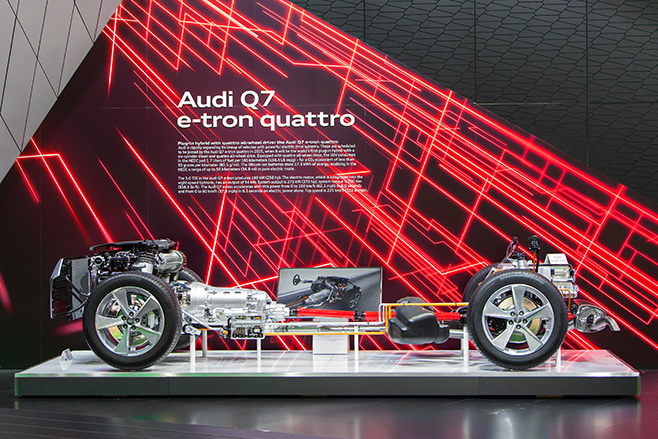 There are basically four types of transmissions. The original and still the simplest type of transmission is the manual, named for its need for manual selection of the gears via the stick shift and operation of the clutch by the driver’s left foot.

Semi-automatic and dual-clutch transmissions are a mix of both manual and auto. In a semi-auto, gears can still be selected by the driver, but there is no clutch pedal; this is instead handled by the car’s computer. Essentially, it’s a cheat: driving a manual without the step of engaging a clutch. This explains its other moniker, the ‘clutchless manual.’ A Dual-Clutch Transmission uses a separate clutch for the odd and even gears, which means that while one gear is in use, the next gear – be it higher or lower - is always ready to go at a moment’s notice. This equates to super-fast shifts.

The Continuously Variable Transmission (CVT) does away with gears altogether and instead employs a pulley system controlled by the car’s computer, aiming to offer the optimum gear ratio for any given driving situation.

Also called a propeller (prop) shaft, this is a long rotating shaft that runs all the way down the centre of the vehicle, bridging the gap between engine/transmission and the wheels by sending twist to the waiting rubber. Front-engined, front wheel drive cars don’t need to send power down the line like this; instead they compact the transmission and diff into one unit, called a transaxle.

The differential allows the driven wheels to rotate at different speeds, increasing grip. Without a differential, the driven wheels would be locked together and forced to spin at the same speed. This isn’t a problem on the straights, but on corners – particularly when they are tight or taken with some haste – it would leave one wheel spinning uselessly. As it also helps split the power out into the two wheels, it gives a whole new meaning to the phrase ‘split the diff’.

A wheel won’t turn unless it’s connected by an axle. The axle is the shaft on which a wheel or a gear rotates.

And we arrive – and finish - at the wheels.