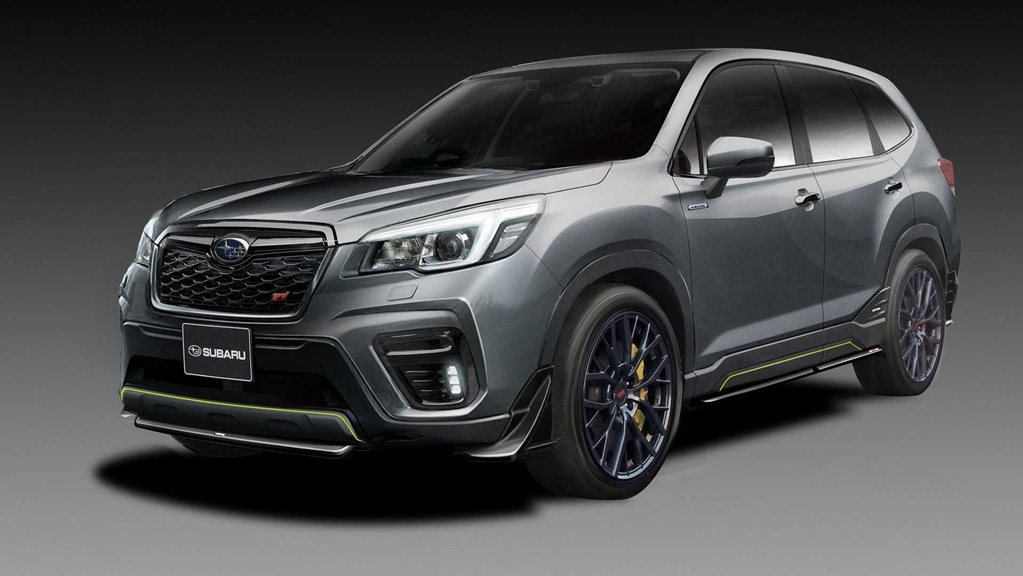 It seems that Subaru’s once-hallowed STi badge has lost the last vestiges of its bright pink lustre. Formerly adoring the noses of fearsome, rally-bred machines like the revered WRX STi, and gracing a brace of some of the fastest and most desirable Subies ever conceived, it appears that the Japanese company’s trudge towards the staid side of the automotive ledger is all but complete.

One by one, Subaru has eradicated many of the elements that gave it a quirky edge and won it a host of fans over the last 40 years. For example, it’s arguably the first mainstream Japanese carmaker to all but eradicate the manual transmission; if it weren’t for its BRZ sports car, there wouldn’t be a single self-shifter across its entire range. And this is the company who championed simple, robust, utilitarian machinery like the Brumby ute and Adventure Wagon, the spiritual parents of the Forester.

As well, it flew in the face of convention with its range of all-wheel-drive turbocharged small cars in the late 1990s, the most famous of all being the WRX. Australia embraced the notion wholeheartedly, and Subaru responded by building, amongst other things, a Forester XT that used the same powerplant and won a lot of fans.

Those heady days, however, appear to be behind it. This is the Subaru Forester STi Concept that will be displayed at the Tokyo Auto Salon next week… and it’s pretty underwhelming, if we’re honest.

The Forester now plays in the same space as the Mazda CX-5, Kia Sportage and any number of other medium-sized SUVs, and the latest generation was launched in Australia in 2018 with a new naturally aspirated 2.5-litre four-cylinder engine and CVT transmission across the range.

READ MORE All the SUVs coming to Australia in 2019

Fans of the formerly format-busting boxy SUV have bemoaned the demise of the previous generation Forester’s 2.0-litre turbocharged drivetrain, and if they were waiting for salvation via the brand’s Subaru Technica International arm, they are set for a disappointment.

Sure, this Forester concept has a set of high-quality OZ 19-inch forged alloys, as well as six-piston Brembo calipers on larger front rotors, and the body kit suits the boxy style quite well. The bespoke Fighter Gray paint is offset by those flouro yellow calipers and pinstriping on the bodykit, while the unseen interior is also lightly made over, according to Subaru.

The irony of presenting the car at the Auto Salon – home to some of Japan’s maddest and baddest performance machinery – isn’t lost on us, either…

The Forester STi Concept has a different drivetrain to the 2.5-litre naturally aspirated Forester that Aussies can buy… and it’s one we’ll see here before the end of 2019. Subaru’s e-Boxer system combines the company’s 2.0-litre naturally aspirated flat-four engine with a small electric motor that nestles in with the CVT gearbox, all backed up by a small lithium-ion battery array under the floor.

The system can run in full-electric mode at light throttle, and while no range figures are out there, it would be around 30km at speeds under 40km/h. It will, according to official reports, reduce the claimed combined fuel economy figure to 5.2 litres per 100km. However, it makes less power than the Australian-spec 136kW 2.5-litre engine… a lot less, actually, at 115kW.

Subaru Australia tells us that there are no plans to replace either the tS or to introduce STi versions of the Forester yet. “It’s very early in its lifecycle to be thinking about limited editions,” our Subie source confirmed.

The Tokyo Auto Salon kicks off next week.

What do you think of the Forester STi Concept? Should Subaru bring sexy fast back? 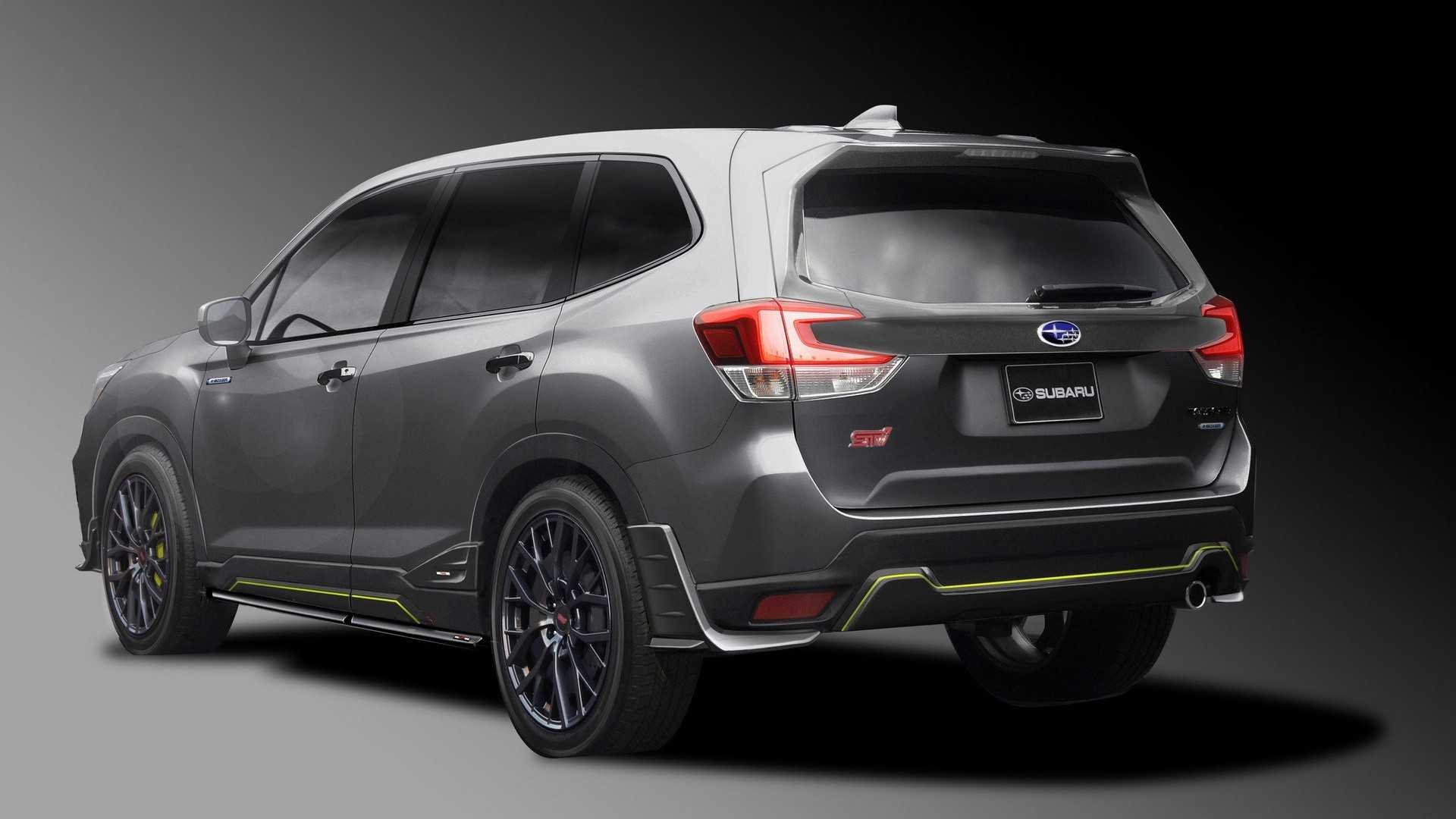 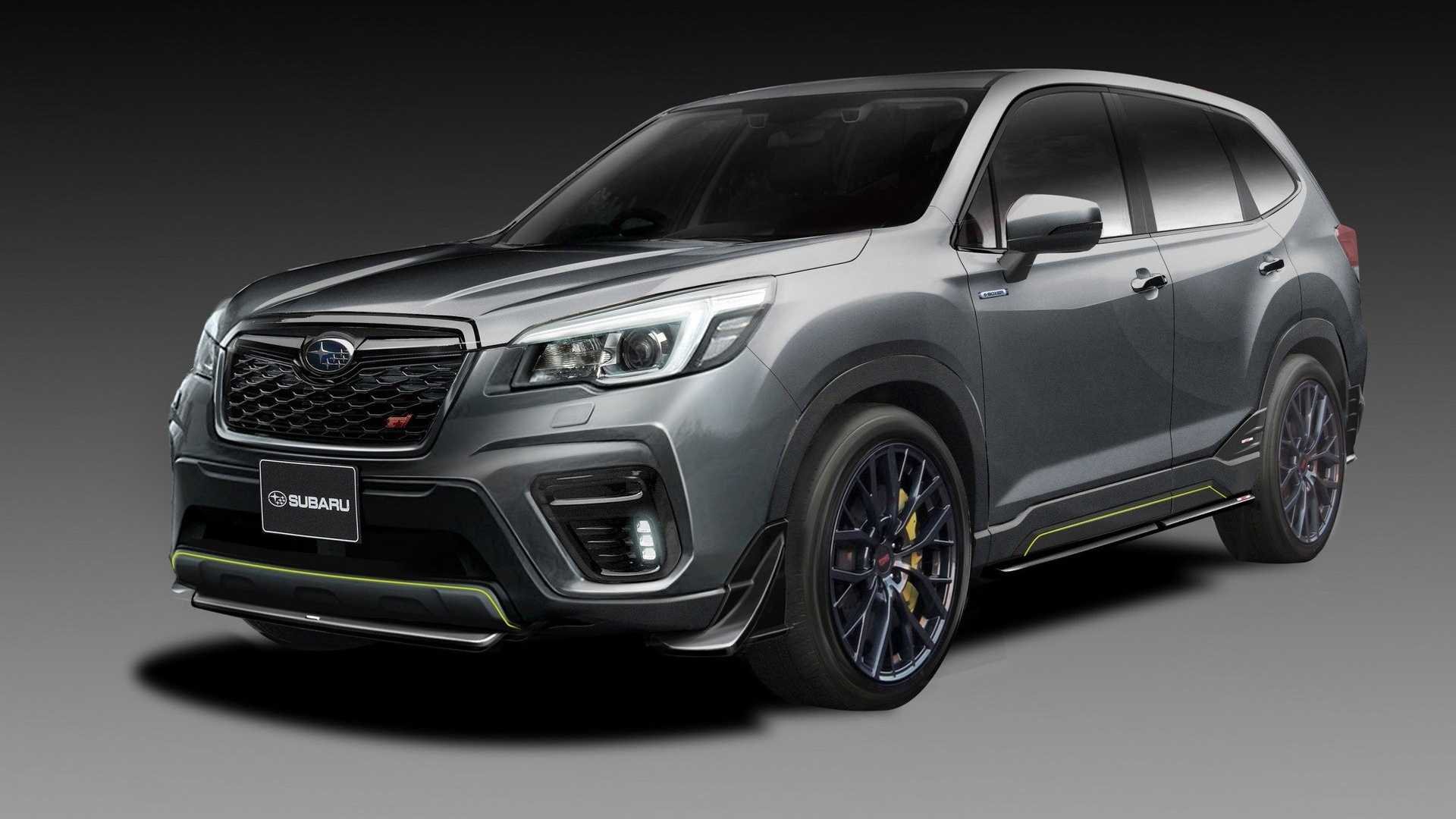