Tesla founder Elon Musk has, once again, confirmed that the polarising Cybertruck that was revealed late last year has not been designed for any global regions other than North America, including Australia. In other words, it ain’t coming, no way, dream on, nadda. Got it?

In August, the billionaire entrepreneur upset a few Australian fans of the bizarre model when he revealed that the company “made the decision to not make this a world truck,” but some chose to ignore Tesla’s commander in chief in the belief the Cybertruck would still be offered locally.

But at the company's ‘battery day’ conference in the US overnight, Musk has repeated his previous statement that the model was conceived and engineered exclusively for the North American market.

“We are designing the cybertruck to meet the American spec because if you try and design a car to meet the super-set of all global requirements, basically you can’t make the Cybertruck, it’s impossible,” said Musk. 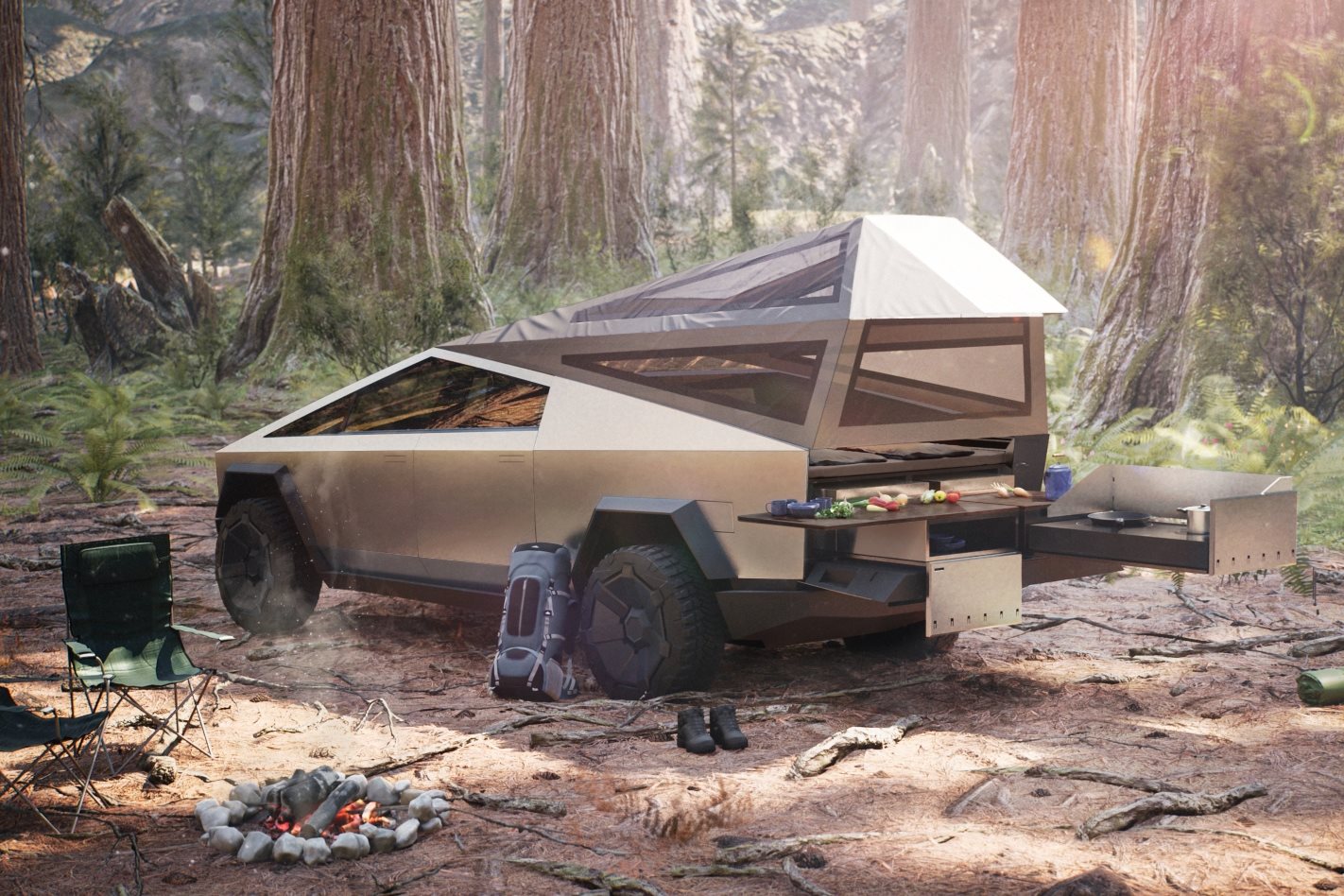 Some will argue that the opportunity to preorder a Cybertruck on the Australian Tesla website is proof the model is, in fact, coming Down Under.

However, we would urge that option to be taken with a grain of salt as the same page also offers the addition of ‘full self-driving’ which is currently illegal on Australian roads.

So, we’re sorry if you were hoping to grab your own example of the divisive car in Australia, but this repetition of Musk’s comments bolsters the confirmation that Cybertruck has no prospects for our local market.

There is a glimmer of good news, however.

Musk went on to say the company might focus on a more compact model that could comply with other global region design regulations, and that could include Australia.

“We’ll probably make an international version of the Cybertruck that will be kinda smaller, kinda like a tight Wolverine package," said Musk.

"It will still be cool but it will smaller because you just can’t make a giant truck like that for most markets.”

Quite what that will look like, whether the baby Tesla ute will share the outlandish angular design of its bigger sibling, or if a different model will have the same fragile glazing will have to wait until the Californian startup is ready to confirm a second truck in the line-up.

For now though, you’re just going to have to get used to the fact that the Tesla Cybertruck is not going to be offered in Australia. Definitely. No, really. It really, really isn’t./Daniel Gardner

If you had your heart set on turning up in a Tesla Cybertruck for the next Deni Ute Muster, prepare to be disappointed… eccentric Tesla leader Elon Musk has confirmed the wacky Cybertruck will not be sold in Australia or any other overseas markets.

Launched onto an unsuspecting world last year, the angular Cybertruck made a huge splash online, with Tesla accepting more than 250,000 expressions of interest accompanied by US$150 deposits since it was announced in November 2019.

MORE: Everything that is wrong with the Tesla Cybertruck

The Australian version of the Tesla website (below) still shows the Cybertruck on its opening page and allows customers to filter through to leave contact details, but it appears it will be for nothing. 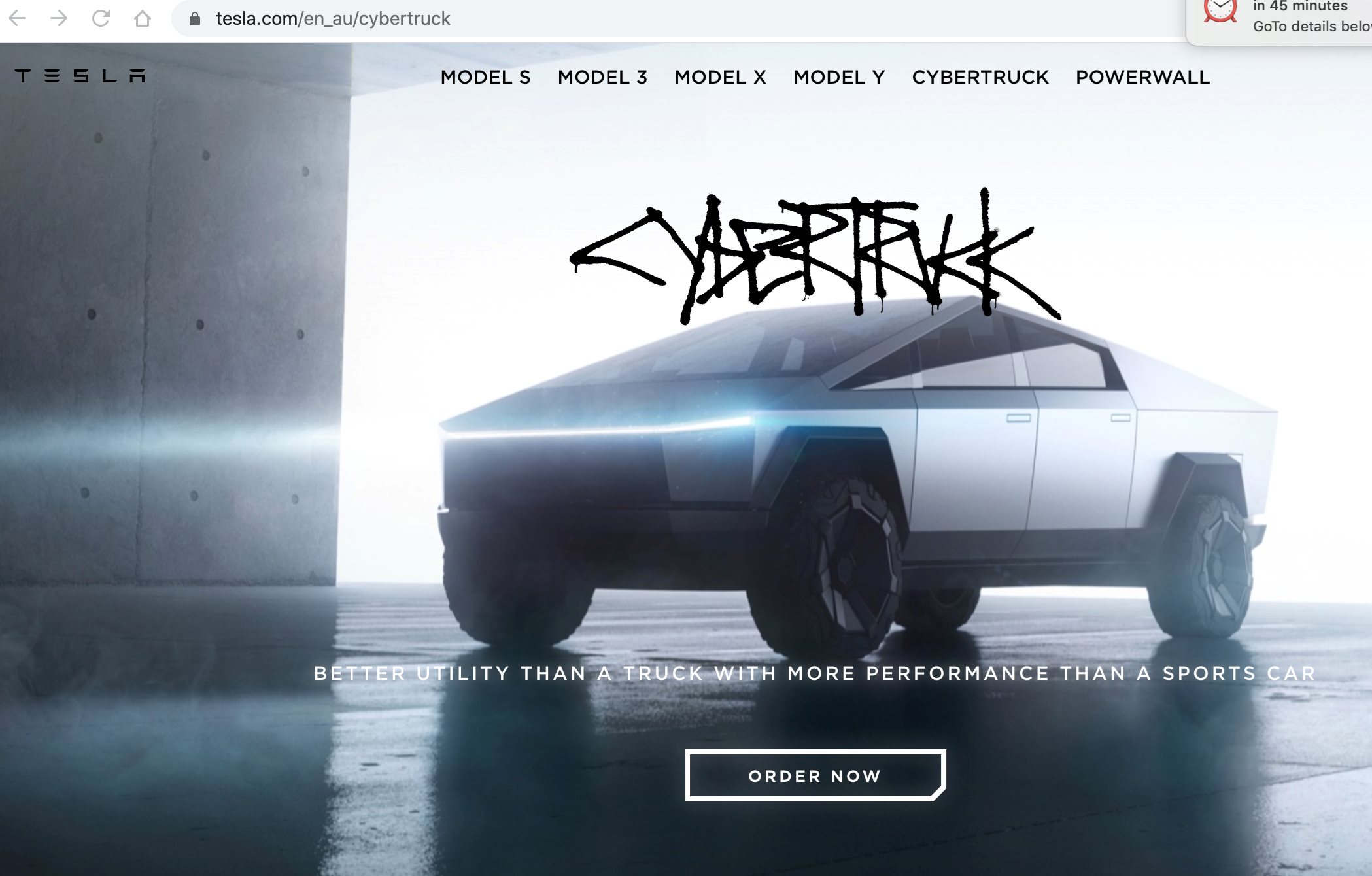 "And I should say, we sort of made the decision to not make this a world truck," Musk told US site Automotive News. So it does not comply with a lot of specifications, like it doesn't comply with EU's specs and stuff. But that's okay, we can always build a slightly smaller truck that does comply with the EU's specs in the future.

"We're really, fundamentally making this truck as a North American ass-kicker, basically. The goal is to kick the most amount of ass possible with this truck.”

He also laughed at the notion that the Cybertruck was the product of customer research.

“We just made a car we thought was awesome and looks super weird,” he said, adding that if the large ute’s confronting design didn’t resonate with the buying public, Tesla could potentially pivot to building a more conventional truck.

“If it turns out nobody wants to buy a weird-looking truck, we'll build a normal truck, no problem,” he said.

MORE: All the Cybertruck details

WhichCar has asked Tesla’s Australian office if Aussies were able to place deposits on the Cybertruck at launch, and we’ll update the story when we learn more.

Tesla’s polarising pick-up will likely come to market behind EV rival Rivian, which announced last week that its R1T ute will roll off the production line in June 2021, with its R1S SUV dropping in August.

As well, Indian/US concern Triton is planning a mega ute and SUV pairing, though Rivian’s plans are far more advanced. 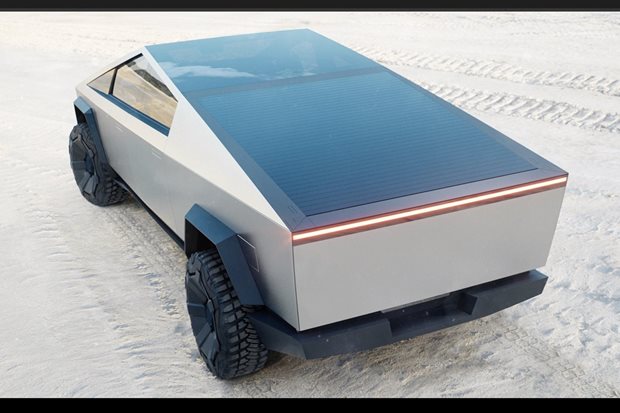