October 12 2020 - Amazon has released a video of its first electric delivery van, a little over a year after the project was announced in conjunction with electric car maker Rivan.

Looking very much like the comgen images released in September 2019 - and timed to drop just ahead of a huge worldwide Amazon Prime two-day sale for the global behemoth - the new Amazon van will be rolled out in the US before the end of 2022, according to the company.

The Amazon van features a walk-through style layout with a focus on driver safety and ease of use, and will use - unsurprisingly - an Amazon Alexa based speech control system that will work in conjunction with semi-autonomous driving technologies that are expected to feature on the delivery van.

Few other concrete details were released, but the huge order is an important one for Rivian, an electric vehicle company with huge backing from companies like Ford and Amazon, and with an owner that's the diametric opposite of Tesla's front man, Elon Musk.

It's headed by a guy called RJ Scaringe… ever heard of him? He is the 30-something-year-old bloke behind Rivian, a decade-old electric vehicle company that landed the biggest single order of EVs in literally forever.

He likes wearing blue, according to his staff, is prepping a farm at one of his manufacturing sites to grow food for workers and spends 95 per cent of his time at work – and he signed off on a deal that could push EVs into the mainstream in the US.

Online behemoth Amazon wants 100,000 Rivian electric delivery vans – worth an estimated $8 billion – to be delivered from 2021, as it chases an ambitious carbon-neutrality policy.

That’s a pretty big order for a company that hasn’t built or sold a car ... yet.

Scaringe is, in a nutshell, the yin to Telsa boss Elon Musk’s yang. Both are engineers, sure, but that’s about where the similarities end.

Musk’s multi-faceted, chaos-theory empire that includes space exploration, tunnel boring and solar panels is in direct contrast to Scaringe’s single-minded focus on creating a range of EVs that will, in the company’s words, “make the transition to sustainable transport an exciting one.”

It showed off its first vehicle, the R1T ute, in May 2019 at a large outdoor show, following it soon after with an SUV version.

Based around a modular skateboard deck-style platform with a motor at each wheel, Rivian is promising up to 280km range, 5000kg towing capacity (3500kg with the SUV), 600kW of power and 0-100km/h times of three seconds. 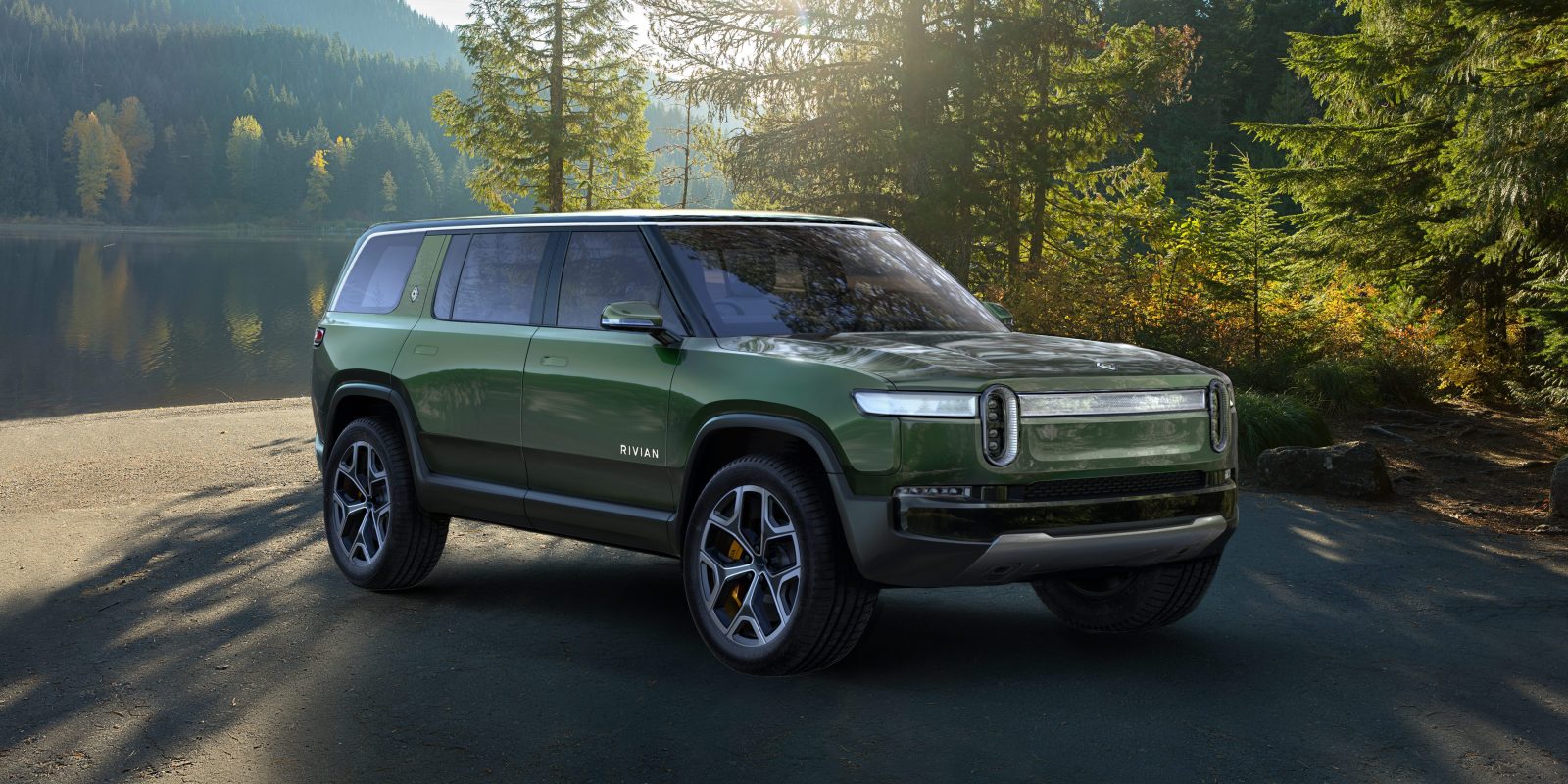 As well, its cars will be able to ford streams, be fitted with canopies, kitchens and other integrally designed accessories, and will start at around US$69,000 ($100,000).

“One of the reasons we’ve been quiet for so long is that we wanted all the pieces arranged so that when we showed the vehicles, it wasn’t hype, it wasn’t a show car; it was the real thing,’ he told the BBC at a show reveal of the company’s R1T pick-up.

“We’ve been lucky enough to have investors that allowed us to focus on technology, focus on the product and focus on the execution.”

Along with that focus has come the funding… serious funding, in fact. Ford has tipped in around $800 million, while Amazon itself has tipped in a billion dollars to the company – which, by the way, is yet to sell a single car.

So how does it plan to execute on the order for electric vans? Well, like Tesla, it has benefited from the car industry that it’s planning to disrupt.

MOREFord and Rivian will bring electric cars to Australia

Like Musk, who bought a former Toyota facility in Freemont, California, in 2010, Scaringe is also the proud owner of a large car factory in Normal, Illinois, that once churned out up to 200,000 cars a year.

Shuttered by Mitsubishi in 2015 and which cost more than $2 billion to build, the relatively young plant – complete with lines of robots, six stamping presses and other essentials – was weeks away from being pulled down and sold for scrap, before Rivian swooped in and bought it from a liquidation company for around $20 million in cash.

“It’s chump change,” said US automotive manufacturing expert Mike Tracey. “They didn’t have to go through the problem of building a plant, it actually came with a lot of equipment, and they got it at a very cheap price. The presses alone are worth around US$100m each to replace.” 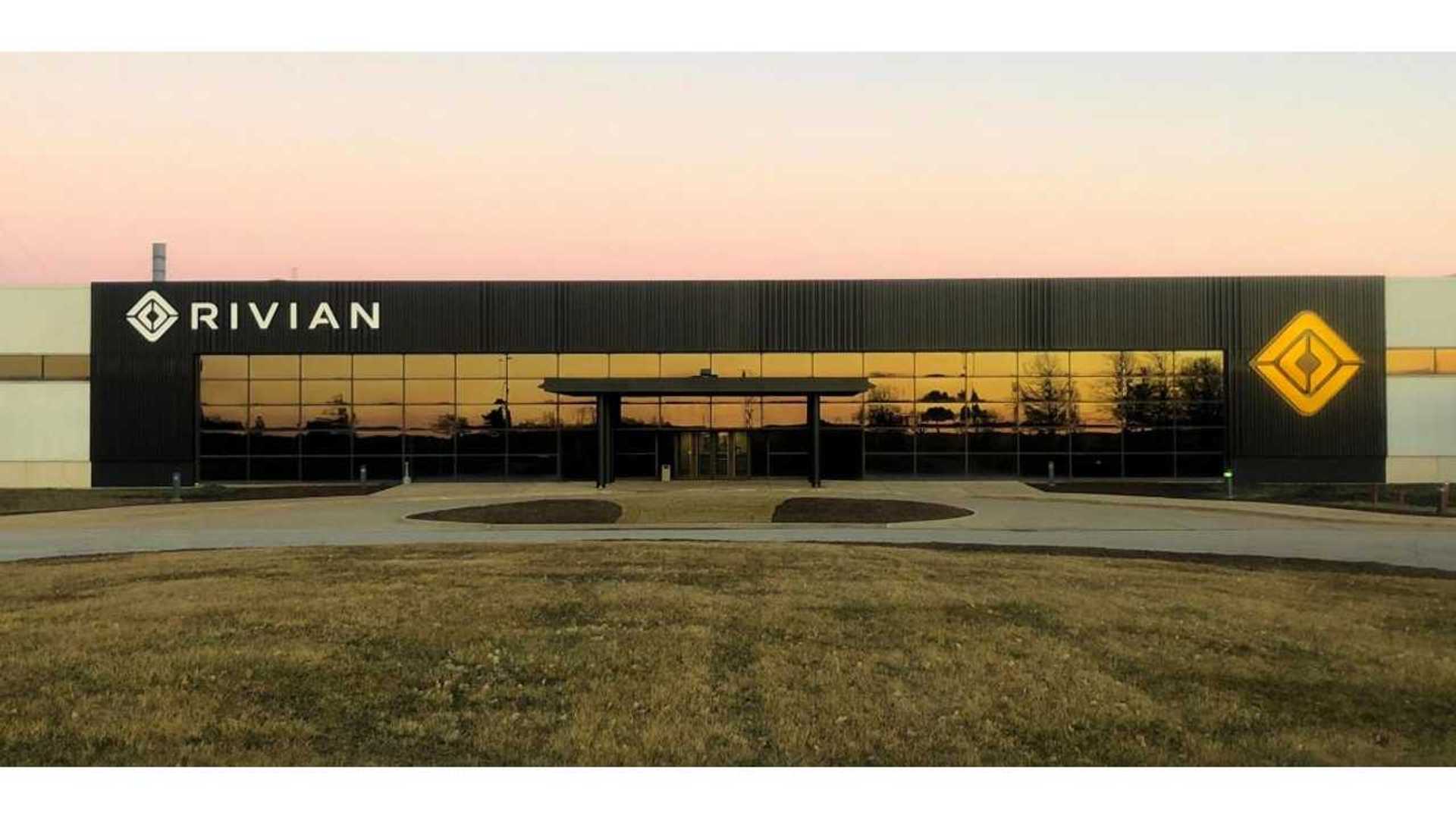 This facility – much younger than Tesla’s former GM facility in California ­- will be key to the company’s Amazon order. It won’t have to deliver 100,000 vans in one hit; now prototypes are on the road , and the order will be fulfilled by 2024.

Unsurprisingly, the underpinnings of the R1T will likely form the basis of the van, with news reports suggesting that the battery and powertrain have already been earmarked for double duty.

MOREEverything you need to know about electric cars

Shortcutting that time further will be Rivian’s tie-up with Ford. Where Tesla wilfully ignored the wider car industry when it designed and built its cars, Rivian is unlikely to turn down the chance to procure the boring-but-essential stuff from Ford like indicator stalks, light assemblies and intel on things like crash structures.

What’s interesting is that Rivian reckons the order won’t change the plan to start deliveries of the R1T and R1S from late 2020 - though COVID-19 has since pushed that date out to 2021 at the earliest.

If it doesn’t learn anything from observing Tesla’s often rubbery proclamations of delivery quantities and dates, then Rivian stands to unravel the early goodwill that it’s already built up.

At present, there are many similarities between Tesla and Rivian, and just as many question marks over Scaringe’s ability to pull off what looks like an audacious plan to beat mainstream rivals to the punch.

We have a feeling, though, that we’ll be hearing a lot about the company over the coming years – and it won’t be for all the wrong reasons.