Some Forester things continue to give Corby the beeps.

Why do car companies still insist on stuffing our too-tiny gloveboxes with pointless owner’s manuals? Surely their research would show that most men would rather shut their fingers in a car door than actually read the instructions, for anything, because this is the same kind of admission of failure as asking for directions (using sat-nav, thankfully, is a manly thing to do because it involves tech gadgetry).

Anyone under the age of 30 is about as likely to engage with information in a printed format as be able to name the sexier two members of ABBA. Faced with the problem I was having with my otherwise wondrous Forester, they would simply Google “turn off annoying beeping noises Subaru”.

For the first few weeks I was deeply impressed by my flashy new car’s techno giz-bangery in the shape of its EyeSight system, which provides a “second set of eyes to monitor the road” and sets off flashing lights and alarms if it detects that you’ve wandered out of your lane or failed to notice a car stopping in front of you.

This system – which, selfishly, I wish was installed on everyone else’s cars, and taxis in particular – even applies the brakes if it thinks you’ve been too dozy to do so. The way I see it, Subaru already supplied a more retro feature that alerts me to these events and which I’ve been using for years. It’s called a windscreen.

Plus, sometimes I like to cut across a lane marking to apex a corner, or because the streets in my local area are so narrow I’m forced to, and after a while the beeping started to irritate me, and the car’s automatic braking made me insane (although I do maintain a sneaking admiration for the Lead Vehicle Start Alert, which tells you the car in front has moved away and it’s time to wake up, idiot).

This meant I needed to turn the system off, hopefully forever, but I didn’t know how, and my pride sat fat and immovable between me and the glovebox. There are two buttons, of course, but it took me a while to find them because they’re hidden on the roof, where the sunroof controls should be.

The bad news is that I have to push them every time I start the car, and if there is a way to disable EyeSight permanently, short of smashing the cameras above the rear-vision mirror, it’s hidden in the impenetrable owner’s manual.

This small but constant niggle aside, I’m loving the car; even its design continues to grow on me. Fuel economy remains a distinct issue around town, but a freeway cruise this month made me feel less panicked by dropping the average from 17.8L/100km to closer to nine.

Perhaps there’s some advice about economical driving in the owner’s manual. But I’ll never know. 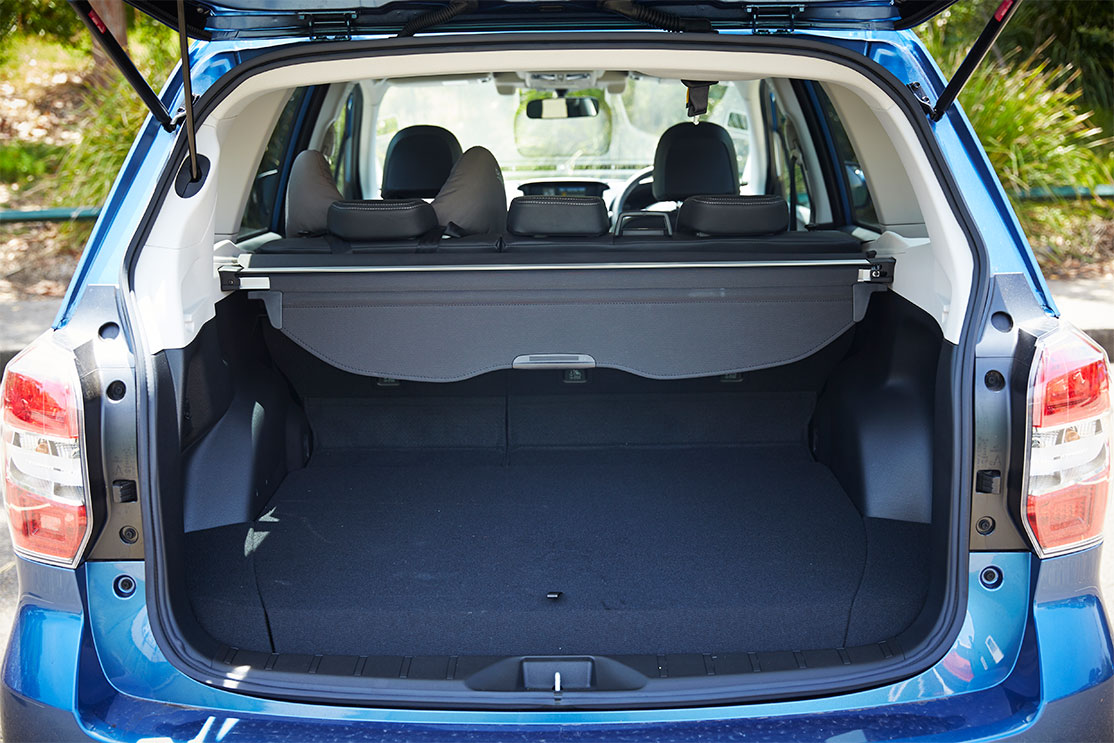 CUT TO THE CHASE

I have a micro-patch of grass in my backyard that’s even smaller than my wallet, so I borrow my father-in-law’s push mower to trim it. Normally this bulky device involves folding down of seats and moaning from children, but the Forester’s boot is so capacious it actually fits with ease. The load space of a car this big is one of those things you don’t know you’ll appreciate until you live with it. And I’m loving it.