Mobile use in cars: is it too late to stop it? 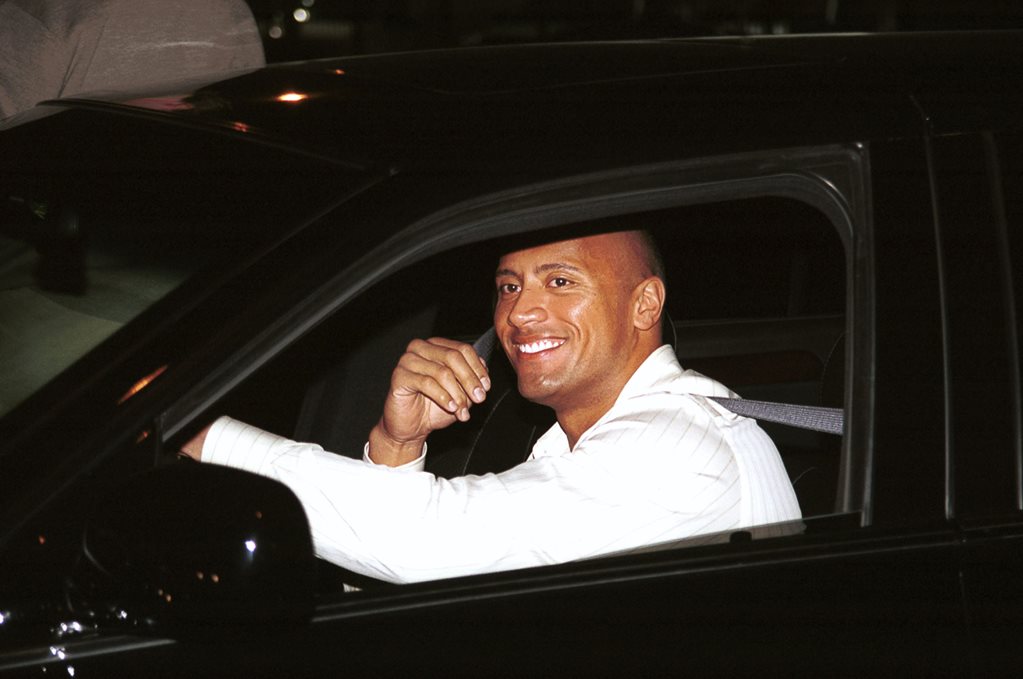 Superstars like The Rock can't control themselves. Have we reached a point where mobile use in cars can't be stopped?

I’m not one for the social pages, me. Kendall Jenner… didn’t he play at the Moscow Olympics? Ball sports also largely pass me by, as well, although I did play soccer (it’s not bloody football and that’s that) to a reasonably high level in my youth.

Maybe that’s why a small story about the former English soccer team captain David Beckham caught my eye recently. ‘Beckham out for six months’ crowed the headline. “Funny… I’m sure he doesn’t play any more,” I muse.

Of course, I’d been roped in by the classic SEO double bluff – Mr Beckham has, in fact, been banned from driving for a not-inconsiderable six months.

His crime? He was papped using a mobile phone while “moving slowly” (his lawyer’s words) in traffic, earning himself a court appointment and half a year away from the Bentleys and the Ferraris that populate his garage. Garages, probably. 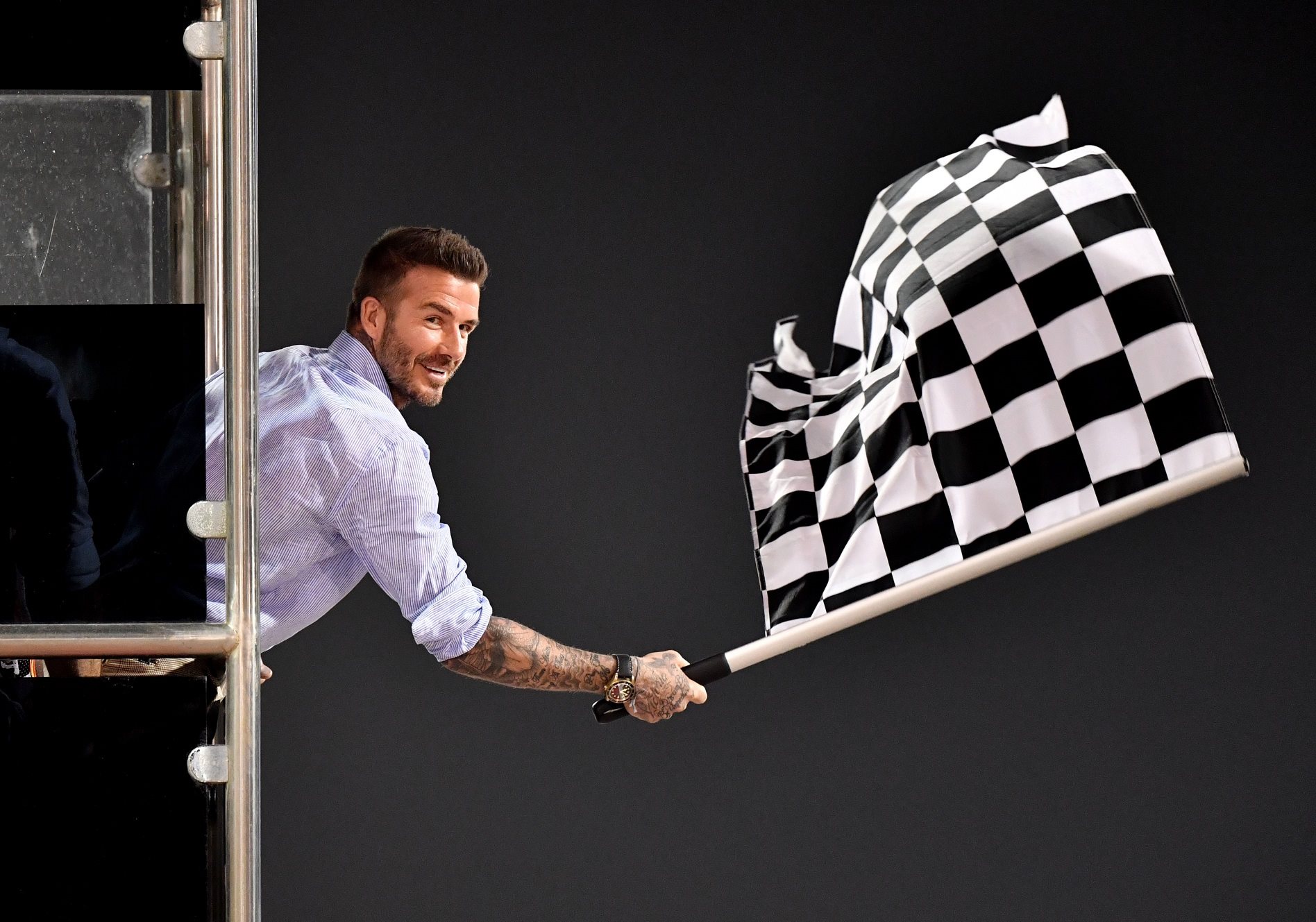 Usually, I’d have harrumphed and moved on with my day, but the severity of the punishment for Becks – hey, do the crime, do the time – seems to contrast massively with the treatment of another very prominent societal figure.

About a month ago, an Instagram post from Dwayne ‘The Rock’ Johnson – 142 million fans and counting – showed him filming a school bus full of cheering kids (below) who’d recognised arguably the world’s most prominent Hollywood actor of the moment.

No problem with that at all; Mr Rock seems to be a pretty stand-up guy, and the kids were sure happy to see him. To me, though, the fact that Johnson openly filmed the post on his mobile while driving his SUV on what appears to be a pretty busy bloody freeway gave me pause.

I watched his account for a couple of days to see if he’d maybe post something like ‘Hey kids, don’t use your phone to film while driving on a busy freeway’ or similar. No dice.

What he did do, however, was repost a vid from one of the kids in the school bus (below), clearly IDing the actor, who was not only filming, but filming while DRIVING WITH NO HANDS ON THE WHEEL.

Here in Australia, that’s called ‘compelling evidence’. If he’d done that in the UK, Mr Rock would be walking  - okay, having his driver collect him – for 12 months at best.

For that, he’d cop a fine here at the least, but his US residency would mean little else.

In the States, he got, well, nothing but a bunch of likes and comments. And think that’s a bit shit. A few people called him out on it in their posts, but there was no other reaction.

Distracted driving injuries and deaths are on the rise across the world, while despite the fact cars are safer than they’ve ever been, death tolls are either static or even increasing.

In Victoria, for example, road deaths in 2019 are already up nearly 40 per cent year on year. Nearly 40 bloody percent!

Part of this can be attributed to the growth of the nation’s car park, but equally, distracted driving is arguably a root cause of the stubbornly high rates of mortality caused by vehicles.

According to Victorian Police, more than 60 percent of drivers have admitted to picking up a phone while driving in the last 12 months. 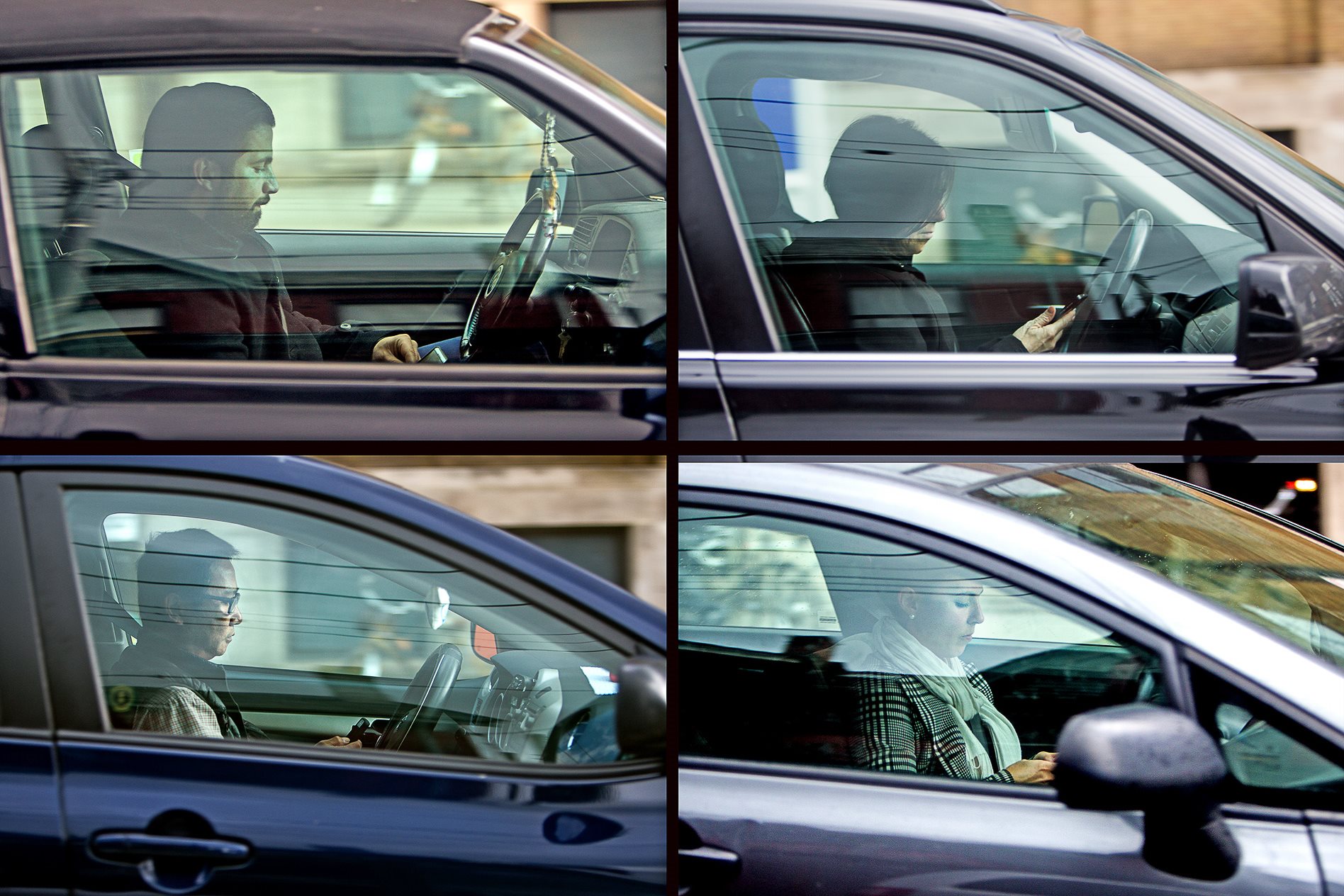 A trial of a specially-designed camera near Sydney’s CBD, meanwhile, detected 11,000 in one day touching a device. One camera. A single day.

That’s the best part of 100,000 drivers a week on one arterial in one city, all messaging or finding a song on Spotify or looking for the nearest dry cleaner, all while piloting a large, metal projectile at considerable speed.

It’s not like the cops aren’t trying to bust people. Police disguised as window washers. Plain-clothed cops on street corners and on motorbikes. Cameras on bridges. Increased fines and demerit points.

It hasn’t done crap, obviously, especially when you see the story of a young driver killed while being SnapChatted by her friends… who then posted selfies from their hospital beds.

Is it all over? Has the war on phone use been lost?

The Victorian Roads Minister Jaala Pulford agreed a couple of weeks ago that mobiles is the new ‘drink-driving’ of this generation.

“We’ve only had smartphones for 11 years and in that time they transformed how we live our lives in a whole lot of different ways,” she told journalists.

“What we need is for people to set the phone aside, put it on silent, pop it in the glove box, it can wait.” 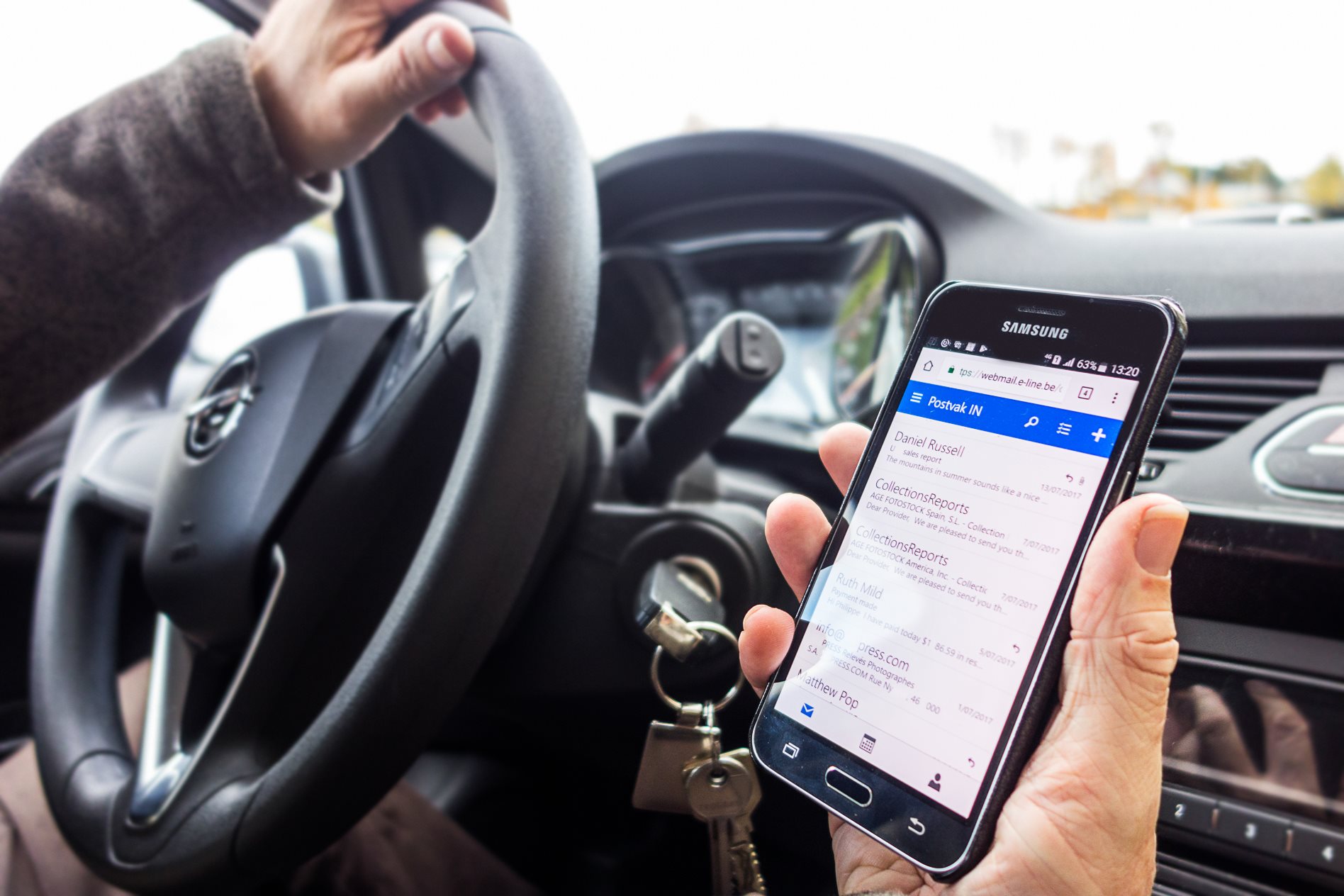 Imagine, though, if someone like Dwayne Johnson – or even that Jendall Kenner dude - got up on his Instagram horse and said “You know what? Driving with your phone in your hand is just about the stupidest thing you could do, and I regret doing it, and I curse you if you do it, and here’s $10 million to help the innocent victims of road trauma.” Wouldn’t that be a positive use of his amazing social reach?

I know my two learner drivers would listen to him/her a lot more than that they would a cop or a washed-up old automotive writer.

Sure, there are examples of celebs ganging together to tout the message that phone use while driving is bad… but the last one I could spot was in 2013, where the guy from Bondi Rescue said it was bad. No offence to Bondi Rescue, but The Rock might have more luck there.

In the meantime, we’ll continue to see awful examples like The Rock’s brain fade propagate across social media unchallenged, and the next generation of drivers will – even if they don’t use phones themselves – continue to be exposed to the real danger of dying behind the wheel because a WhatsApp couldn’t go unanswered.

Is it too late to stop phone use in cars? Let us know in the comments below. 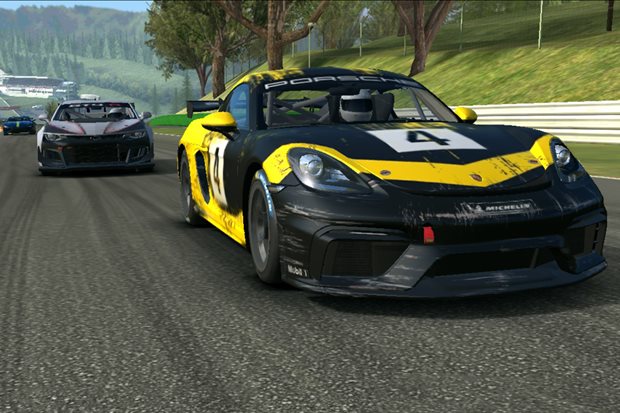 The best car games for your phone

Suddenly find yourself with a lot of time to spare? Here are the most entertaining car-themed apps that you need on your mobile device 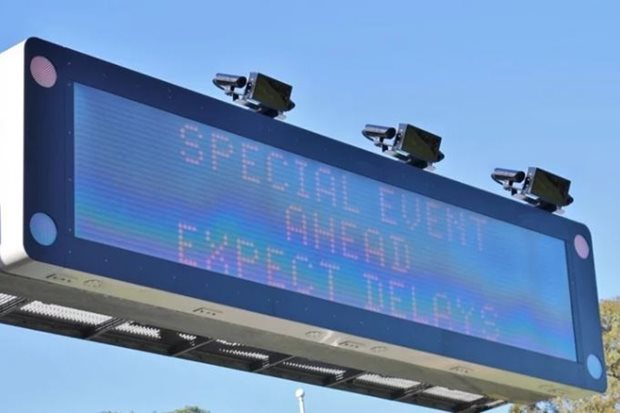