Would you drive an EV charged with nuclear power?

Nuclear energy is often feared and rarely understood but is it a better EV solution than the current arrangement?

At school, I was fascinated by atomic science, but thanks to my dyslexia, the best my teacher said I could expect was a career in unclear physics, so motor journalism it was. Many years later, though, two tangentially different paths have converged and I find myself pondering the miracle of fusion once again.

Unless you have a sizable solar array plumbed into a home power wall and smart charging hardware, running an electric vehicle in Australia relies heavily on fossil-fuel power generation - and largely from archaic, dirty brown coal.

And it’s exactly this argument that many EV opponents cling to, to justify good-old, dependable combustion engines. What’s the point of an ‘emissionless’ electric vehicle if its tailpipe is next to a cooling tower, they say. Even as an EV advocate, I’d have to agree. 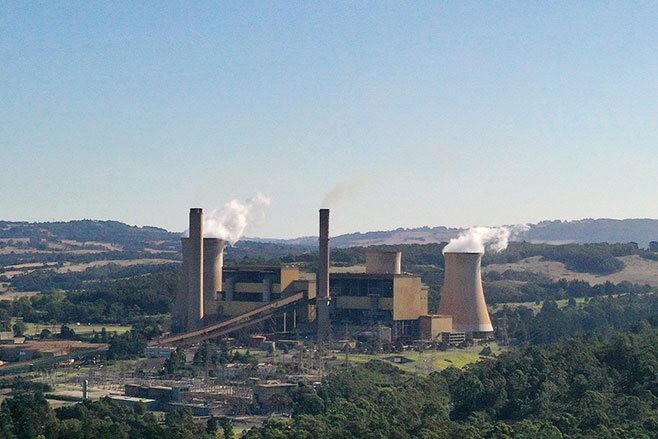 But it won’t always be that way. Regardless of the short-sighted government calling the shots or continued consumer apathy, there’s only so much stuff we can dig out of the ground and torch before CO2 emissions accelerate our climate into temperatures hotter than the boilers themselves, or we simply reach the bottom of the hole.

Neither scenario is favourable, and finding alternative generation methods is the only way to avoid that bleak inevitability, which is why suggestions the government is considering lifting the ban on nuclear power are so enthralling.

Last week, reports confirmed a parliamentary enquiry is underway to revisit and investigate the use of nuclear power in Australia, which, by no means, confirms there will be reactors dotted along coasts up and down the country within years, but it does open an intriguing Pandora’s box.

Just say, for the sake of an argument, Australia does reverse its policy on nuclear power and starts pumping atomic electricity into the grid, would that make you happier about charging an electric vehicle?

Nuclear power has the incredible ability to polarise opinion, so here’s some food to fuel your thought reactor.

The news coincides with the recent release of an HBO series that documents in horrifying detail exactly what went wrong at the Chernobyl power plant in 1986, and how its profoundly disastrous effects continue to impact our world. 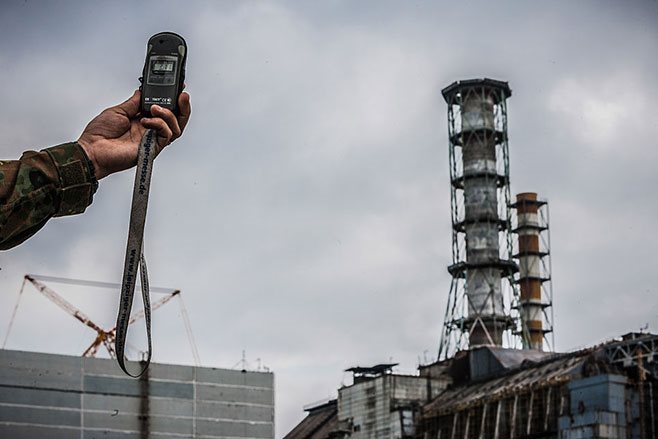 Opponents of nuclear energy also have the Fukushima disaster to bolster their case and, if pushed, will probably mention the Windscale, Three Mile Island, and Chalk River accidents as the other energy-related incidents with unenviably high scores on the International Nuclear Event Scale.

Safety is pretty much always the number-one reason cited against nuclear power stations, but using a disaster that happened more than three decades ago, under a regime that is as renowned for honesty, integrity and human rights as North Korea as an example is just silly.

And while Japan rates a little higher in those areas, you’d be forgiven for suggesting that constructing a reactor on a coastline susceptible to tsunamis and earthquakes was perhaps a little foolhardy. 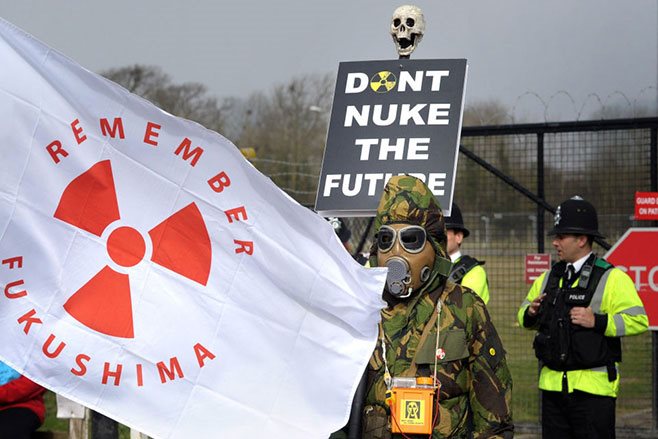 Australia, on the other hand, is one of the least seismically active continents on the planet, second only to Antarctica.

But when it comes to the trust and integrity part, could we rely on a government to delegate the task of regulating and managing the most poisonous substance known to humankind? Australia has not forgotten the Longford gas explosion which was caused by a relatively safe fuel in a nuclear energy context.

And if we can’t even rely on our leaders to successfully organise an online census count without it blowing out by $30m, what hope have they for keeping us safe from rogue neutrons? And let’s not even get started on the pitfalls of privatising a national nuclear energy institution, should it happen.

Toxic waste is another dirty word often used in the argument against nuclear power, which is again a warranted concern, especially in countries that rely on precious underground aquifers. If only there was somewhere in the world that had lots of space, miles from anything…

There is. It’s called the Gibson Desert. This largely featureless expanse of 156,000 square kilometres in the middle of Western Australia has very little porous aquifer groundwater, it’s about 500km from the Great Artesian Basin, and it’s a really, really long way from anything that even looks a bit like civilisation. 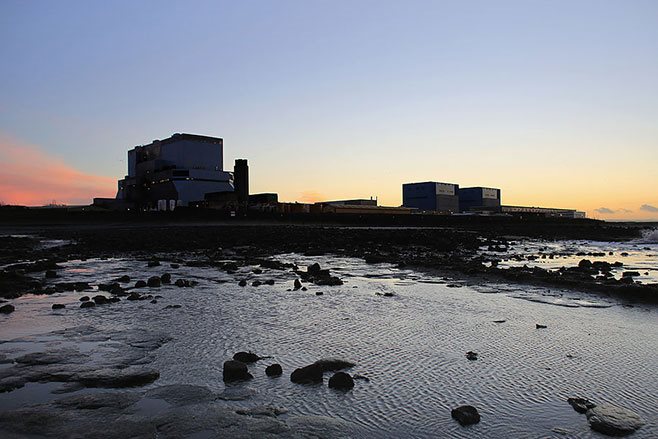 Walk to the middle, dig a big hole, fill it up with some benign-looking glass-filled barrels and that’s the last you’ll probably ever see of them.

We also have the largest uranium deposits in the world and we have remote coastlines that provide both the perfect location for generation facilities, as well as a method of receiving the insanely massive and heavy reactors from one of the few places they can be manufactured globally.

I can completely sympathise with many Australians who have never lived with nuclear power and who are understandably nervous about the notion of an innocent-looking building just down the road, which contains something unimaginably dangerous.

But I grew up with nuclear power. Just 20km from my home town there were three nuclear reactors that provided power to the hospital where I was born, their electricity lit my school and it was with Hinkley Point Power Station volts that I learned to weld.

But I’m also acutely aware of the implications when things go wrong. Probably one of my earliest memories is shortly after my sixth birthday and my parents insisting that I wash my hair every day. I was too young to understand the events unfolding in a far off country, but old enough to know that an invisible cloud drifting over Europe was deeply sinister and something to be feared. 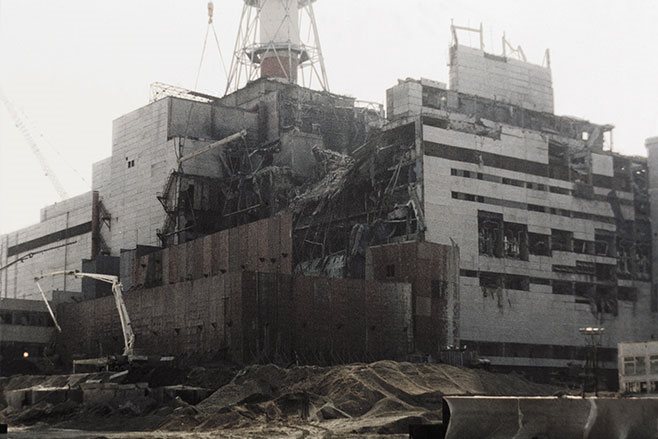 All things being well however, nuclear power is a clean form of energy which makes good economic sense and, when properly managed, offers a relatively guilt-free method of charging electric cars. Obviously, the ultimate solution is renewable energy, which, Australia also lends itself to quite nicely, but that’s a subject for another rant.

As a sceptic and pragmatist, for me, the entire nuclear energy argument boils down to just one word: likelihood.

If we blanket the entire country in nuclear power stations, each fizzing with intense radioactivity and producing a constant stream of waste that must be buried for many, many millennia before it is no longer highly toxic, an unforeseeable incident might, might at some point result in a disaster that causes you to grow a third nipple and turn the forests red. The operative word here is – might.

But if we continue to burn fossil fuels at an alarming rate and with absolute ignorant abandon, fuelling a monstrous carbon-belching machine, the release of billions of tons of greenhouse gasses into the atmosphere is not a matter of maybe, it’s a certainty.

Many perceive nuclear power stations as a sort of time bomb, but as the mountain of damning carbon emissions evidence grows by the day, climate change is the grenade which has already had its pin pulled. 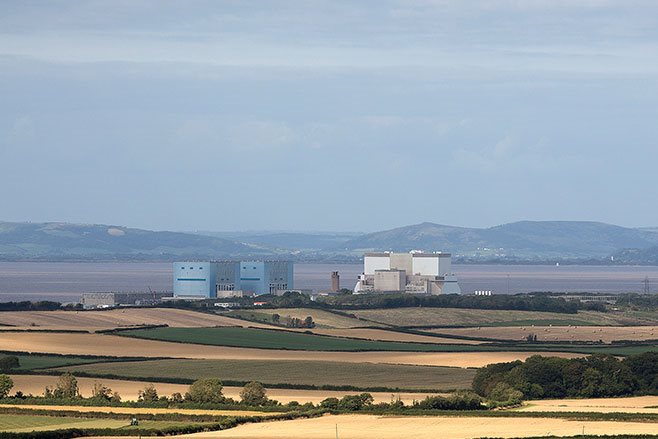 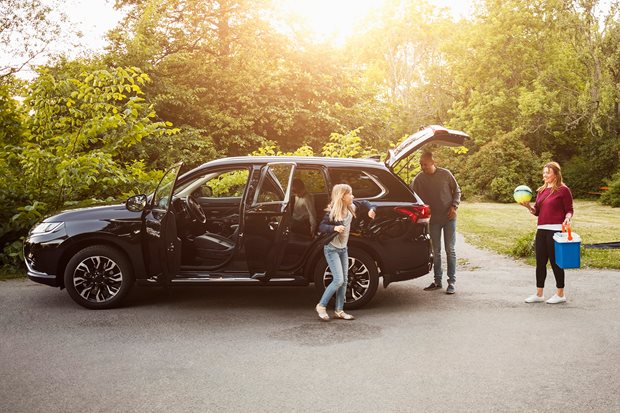 Top things to consider when buying a family car

Moving to a family car is a big commitment, here are the things to look for when making the switch