When it comes to statement cars, the editor of Men’s Style Michael Pickering, knows the business.

Michael Pickering, the editor of Men’s Style magazine, knows a thing or two about stylish cars. Look as far as the motoring page on www.mensstyle.com.au and you’ll see an assembly of motoring treasures from Lamborghini Aventador to the ultra-sleek and rare Koenigsegg Regera.

In fact, so polished is Picko’s style, we’re not sure we’ve ever seen him in anything other than a pant-shirt combo.

With a 16-year career behind him editing and contributing to several titles including Harper’s Bazaar, Rolling Stone, Inside Cricket, Rugby League Week and Ralph, Michael brings a wealth of knowledge and experience to his brand.

And, in his second year at the WhichCar Style Awards, he brings this same level of enthusiasm to the judge’s round table.

According to Michael, this year’s finalists created some heated discussions amongst the judges and the most challenging part of the process was to assess a car on its style and exclude the technological aspects. The key, he said, was to focus on its design and how much emotional pull the car had.

For that reason, the Ford Mustang was among his favourites.

“I was most impressed by the Mustang. It’s something to behold. It’s got some things you would call stylish or contemporary inside, but as something you emotionally respond to and assess on its classic style it was certainly a standout,” he said.

“The [Honda] Civic also impressed me. It was a bold advance on what had come before, but what they’ve done to it was quite impressive.

“The Holden Astra is beautifully finished and a very cohesively-designed car. A lot more sporty than I thought it looked when you first saw it. And inside the interior design holds up and reflects that as well.

“The Audi was the most stylistically coherent and you felt stylish as soon as you sat in it. The exterior and the interior all came together nicely.” 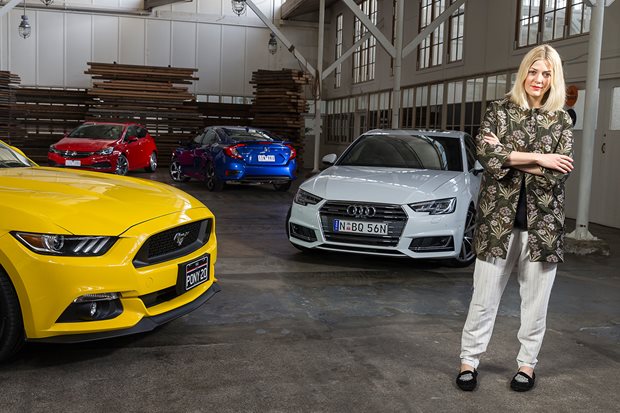 Real Living editor Emma Vidgen’s own style and flair shines through when she takes to the judging table at the WhichCar Style Awards. 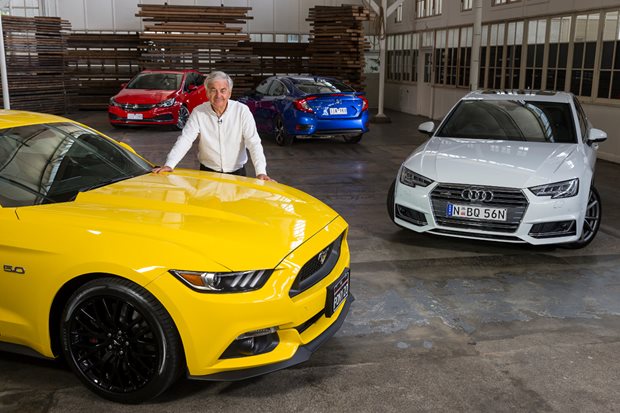 With more than 40 years’ experience as an automotive designer behind him, Paul Beranger brings context to the WhichCar Style Awards round table. 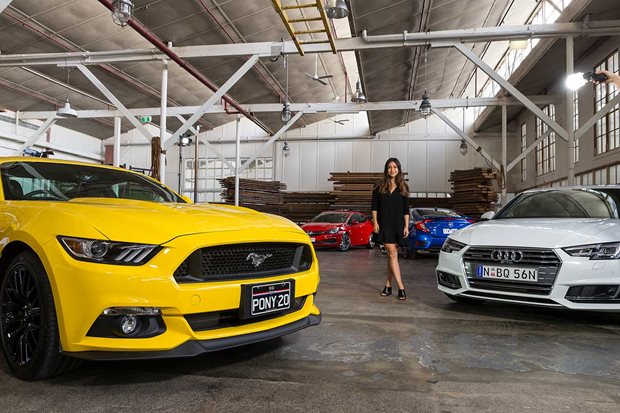 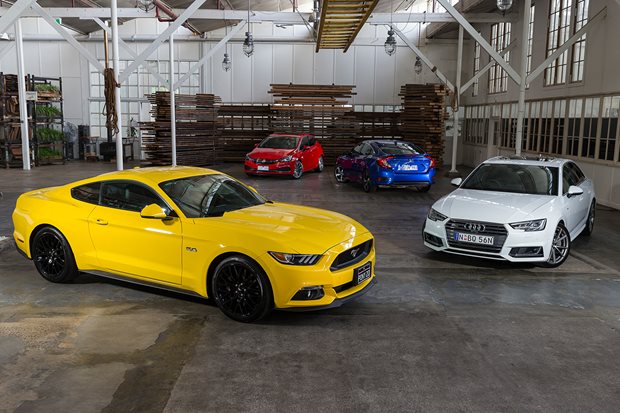 Last year, we asked you to vote for the most stylish cars under $100,000. We’ve tallied up the votes and here are your top four finalists.