First in a series about the best car experiences money can buy. The team at Wheels visits the birthplace of Audi Quattro to carve ice on a frozen paddock.

The nose of a $250,000 limousine kisses a snow bank and its mortified driver – clad in an Audi snow-jacket over a fresh Ur-quattro rally car t-shirt – clambers out to survey the damage. At 1180m up in the Austrian Alps, his heavy breath cuts through the crisp minus-4.5 degree air and his feet, eager to get the rest of his body to the front of the car, dance delicately over treacherous ice that today has already crushed many a spirit.

But on this frozen field of dreams, the Audi customer’s don’t come to an abrupt end; the snow has merely dusted the front of the A8. He’s paid thousands of dollars of his hard-earned to join the Audi Driving Experience in Seefeld, where the A8 is joined by a fleet of Audi A4 Avant 2.0 TSFIs, all wearing studded 18-inch snow tyres. 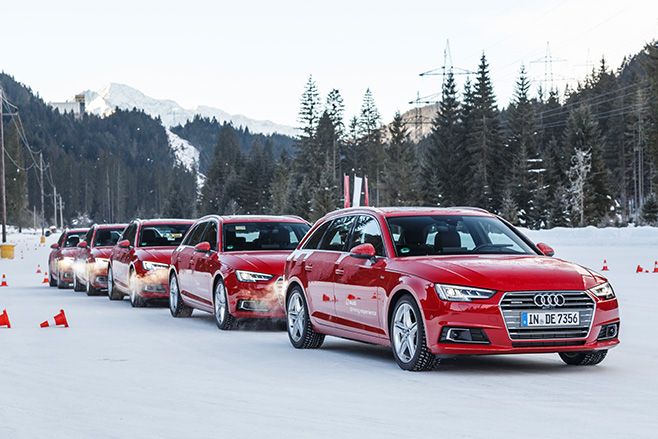 Sitting in the passenger seat is Steve Pizzati, Audi Australia’s chief instructor. Pizzati – former Top Gear Australia host, race driver, petrolhead and larrikin – has a magnetic personality and holds the group’s adoring gaze as they listens to his wisdom on the craft of driving, and laugh when he breaks a serious topic with a whip-crack wit. Pizzati’s enthusiasm is contagious, and his balance of host and hero elevates this adventure from a mere driving course to a once-in-a-lifetime experience that also takes in local culture – including a horse-drawn journey to dinner to sample local cuisine, and a wine-fuelled curling contest (that Wheels lost, by a significant margin).

“It’s about Audi being more than a car,” Pizzati says as we watch the curling. “More than any other brand I’ve been associated with, Audi wants their events to be absolutely memorable, so they throw the kitchen sink at it. And if that means flying people to the other side of the world to slide around on the ice and snow, and do ice curling and have horse-drawn sleighs, then so be it.” 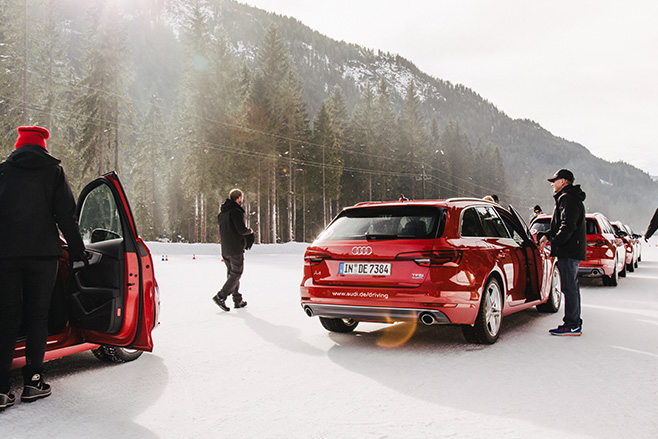 It’s big business. Each year, about 18,000 people globally sign up for an Audi Driving Experience. When Pizzati, who started doing Audi drive days in 1999, rejoined the program in 2011, the company was doing 30 days per year; in 2015 it hosted 85. With overseas events this year in Finland, Austria and Germany, about 1200 people will take part, lapping Sandown in an RS3, attacking the stunning Phillip Island circuit in an R8 or the fastest racing car you can hire on Aussie tarmac – the R8 LMS, Audi’s Bathurst 12 Hour winner that laps PI three seconds quicker than a V8 Supercar.

Audi says it makes no money directly from the driving days; instead, the programs are crucial to Audi’s carefully crafted image. Pizzati and his crew, which includes 15 instructors, are constantly developing ideas to offer experiences that are on-brand, unique and difficult to replicate. Hence the frozen paddock in Austria, which not only shows off the quattro system, it also ticks a heritage box as the place the original Quattro was first shown to the media. 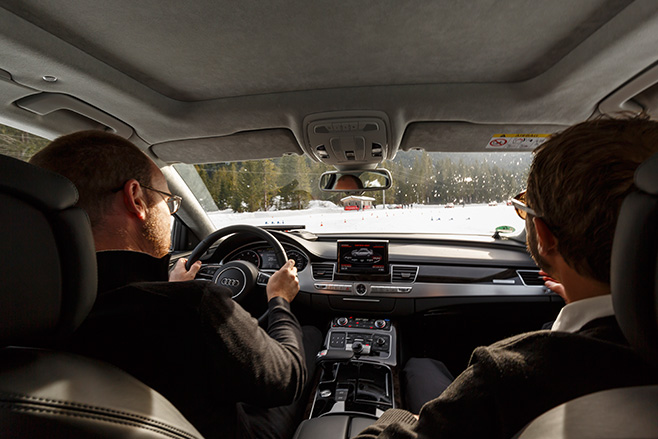 Ultimately, all drive days are about selling cars. That’s the end-game, even if the events don’t necessarily have participants rushing off to their dealer next day. It’s a clever, calculated slow-burn. And it works. “They certainly do [sell cars],” says Anna Burgdorf, Audi Australia’s head of events. “It’s a perfect way to prospect for potential new buyers; once you’ve driven the product, you genuinely do understand a lot more about what we do and why we do it.” 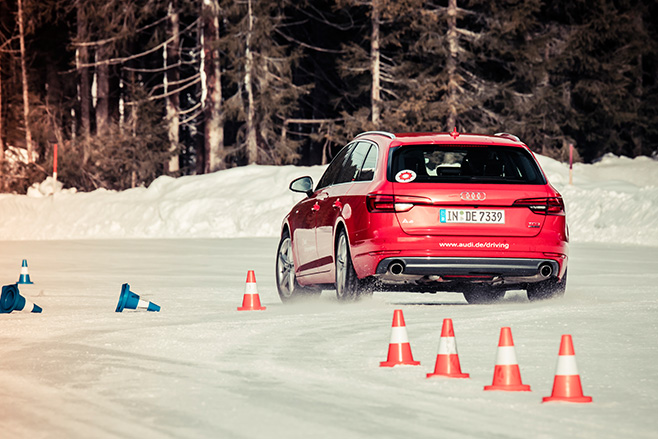 Rival brand BMW has offered driver training since 1977 and claims to be the first to offer ‘professional’ training. It kicked off in Australia in 1988 with legendary race ace Frank Gardner, based on the Gold Coast with a fleet of 3 Series, and marketed alongside its race stars, such as Tony Longhurst. BMW will present 90 days this year on tracks across the country and, despite BMW offering more than ever, they always sell out quickly.

It’s no longer called driver training, though. “Now it’s BMW Driving Experience,” says BMW Australia marketing manager Stuart Jaffray. “It was rebranded globally because ‘driver training’ centred too much on this being an education thing,” he says. “There is an educational component to what we do, but fundamentally what you’re getting is a BMW experience.”

Mercedes-Benz Australia established its Driving Academy in 2001 and offers various levels, from driver training for younger drivers through to AMG ‘emotion’ experiences (turn the page for more). 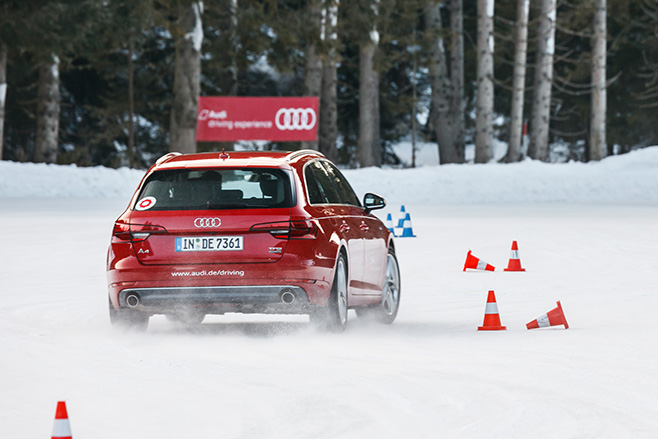 Porsche offers a five-tier local program that culminates in driving a factory-built 911 GT3 Cup car, and includes satellite-based data tracking. This year, it took some more ‘experienced’ owners around the Albert Park circuit, something Mercedes-Benz also offers AMG VIPs. However, Porsche has a slightly different approach; its events are more about existing owners getting the most out of their cars and realising what they have on their hands.

“It comes down to basically enabling our customers really to optimise their driving ability,” says Porsche Cars Australia marketing director Toni Andreevski. “It’s to show them the capabilities of what their cars can do, and demonstrate why the cars have the reputation that they do.” 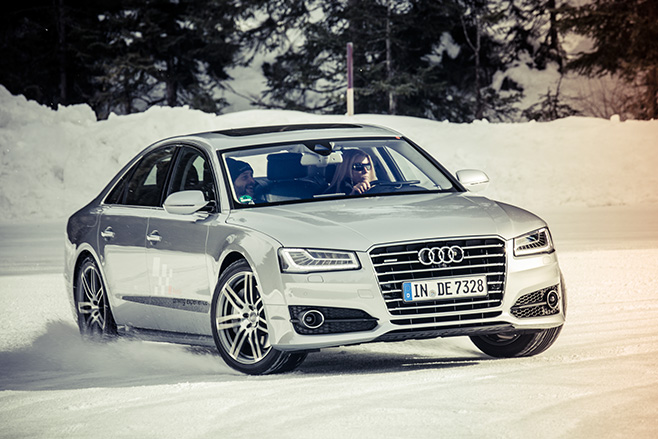 Burgdorf says Audi considers itself a lifestyle brand, not simply a car brand. “This concept of aspiration is really part of what drives our events and sponsorship program each year,” she says. “It’s also a much, much bigger program of events and activities that we do with our customers to really draw them in and make them feel like part of the Audi family. Your ownership experience doesn’t end when you buy a car – we want to make you understand what the brand is and why we’re the way we are.”

The concept of going beyond the car itself – the idea that once you’ve handed your cash over to the dealer, the relationship hasn’t ended but only just begun – is widespread. While some mainstream brands sell the image of belonging to an exclusive club through their products, high-end brands such as Rolls-Royce literally do so. Its 2015 ‘Summer Studio’ in Italy featured art, wine and driving experiences on Sardinia’s sun-drenched Costa Smeralda. 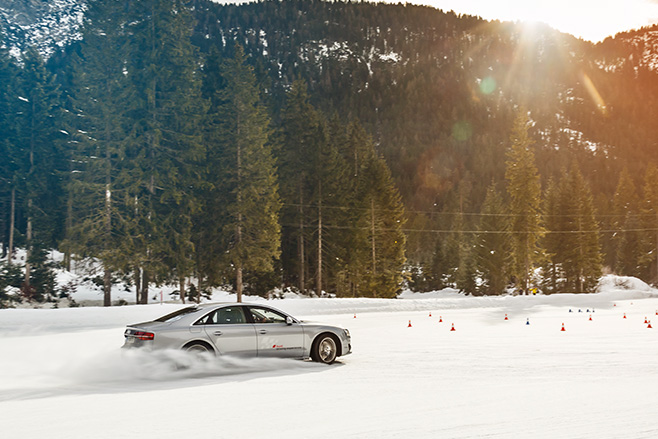 It works particularly well with premium brands, where customer expectations – and profit margins – are higher. Increasingly, these events are also being offered as gifts, with expensive programs taking in ‘dream destinations’, where participants tackle some of the world’s finest roads.

Back in Austria, Audi’s Driving Experience sets the brand not just in the minds but the hearts of participants. And there’s only going to be more of them, and more ideas to grab the imagination – and purchasing power – of potential and existing customers.

None at the Austrian event had done something like this before. “For an Aussie, this is about as extreme as it gets,” says Pizzati. “The other side of the world, on a surface you’ll never drive on in Australia.” Yet in cars that you can drive and buy Down Under; and that’s the point. 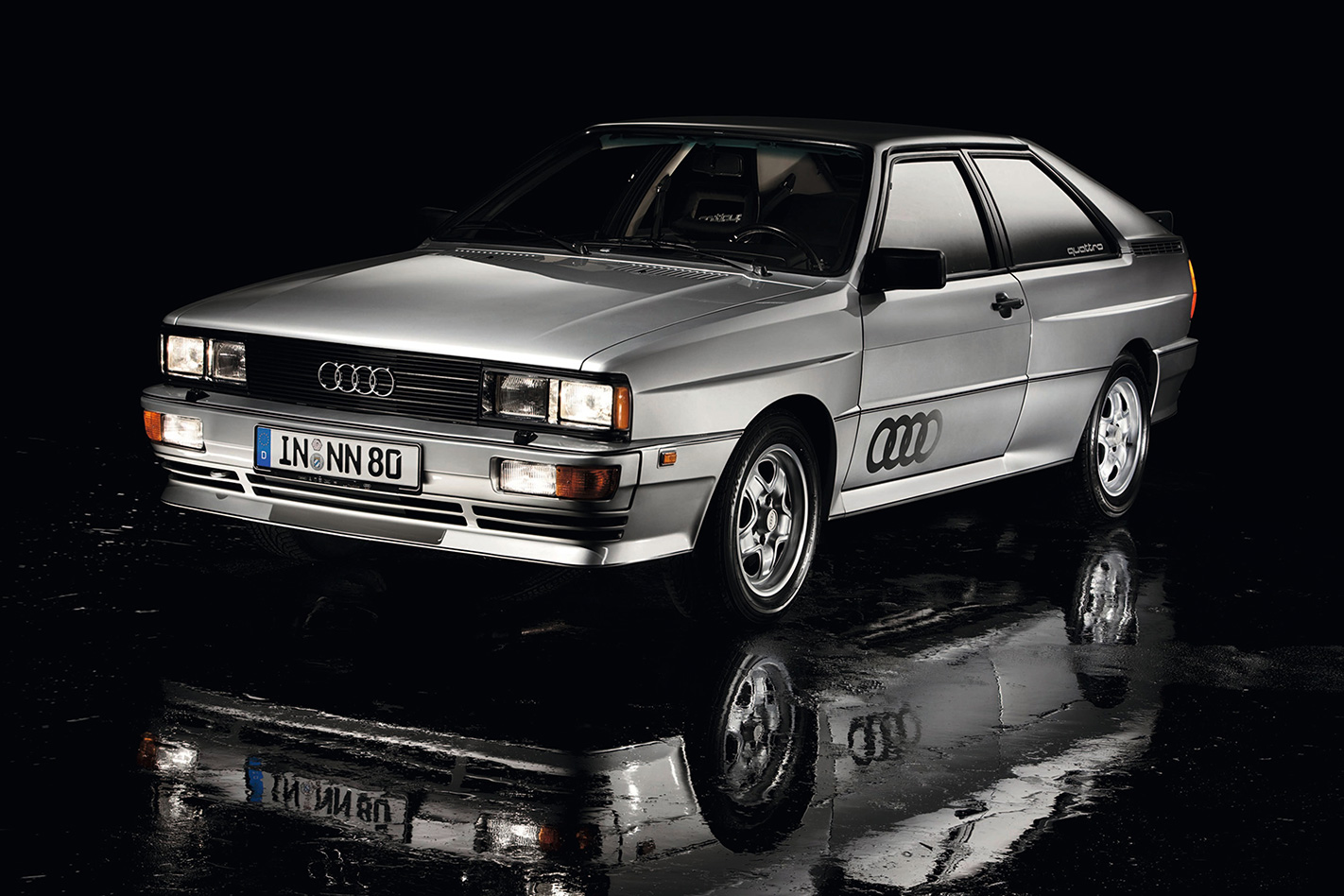 Despite the ‘Home of quattro’ signs displayed by Audi at numerous events, Seefeld near Innsbruck in the Austrian Alps can lay claim as the real home of the German company’s famed all-wheel-drive system. It was here in 1980 that Ferdinand Piech showed off the original all-wheel-drive Quattro supercoupe to the media. These days known as the Ur-Quattro (named after the ancient city of Ur that took on the meaning ‘original’), the big, boxy Audi stormed the World Rally Championship and changed the sport forever. The venue at Seefeld is actually a paddock that cows graze on over the summer, but come winter Audi sets off a series of hydrants to cultivate a glazed ice surface 50-75cm thick.