As the speedo climbs through 220km/h, the instructor’s calm monologue continues. “You’re too conservative, braking too early going into Turn Two. This time I’ll tell you exactly when to brake; trust me. And when I do, hit them hard. Full pressure from the moment I tell you. Trust me…” 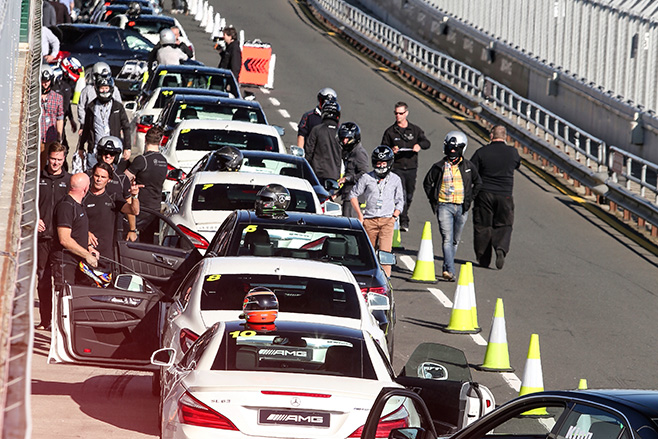 I’m in the Mercedes-AMG C63 S, the latest one with the same 375kW twin-turbo V8 as the AMG GT S supercoupe. The speedo is beyond 230km/h and still climbing. Phillip Island’s start-finish line flashes past under our wheels, and Gardner Straight plummets down towards Bass Strait into Doohan Corner, named possibly because five-time motorcycle world champion Mick Doohan crashed there spectacularly while leading in 1998. 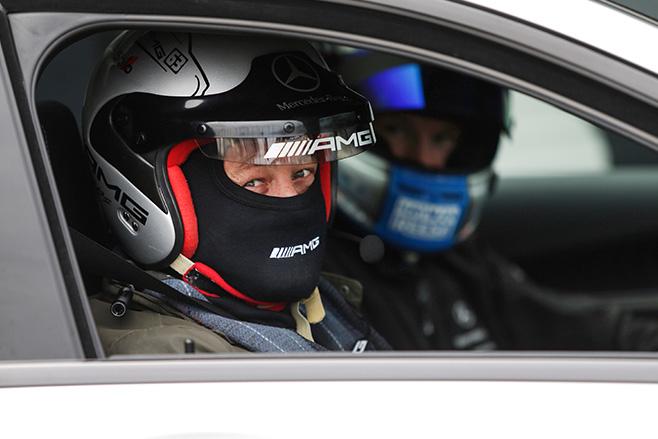 Today I’m one of 30 people being put through one of the fastest and most challenging driver experiences Mercedes-Benz Australia has to offer. It’s the AMG Evolution advanced driving course, and you have to be invited to participate. Invitations are only extended to those who have completed Benz’s four other courses and who the instructors deemed competent enough to attack the fearsome high-speed curves of this famed circuit at full noise.

For most of the attendees, accepting the invitation lightens their bank account by $3000, plus the cost of getting to the track. But they’ve already invested at least double that completing the four previous courses. And they all own AMGs – that’s a prerequisite – so it’s safe to assume they’ve made six-figure contributions to the brand. 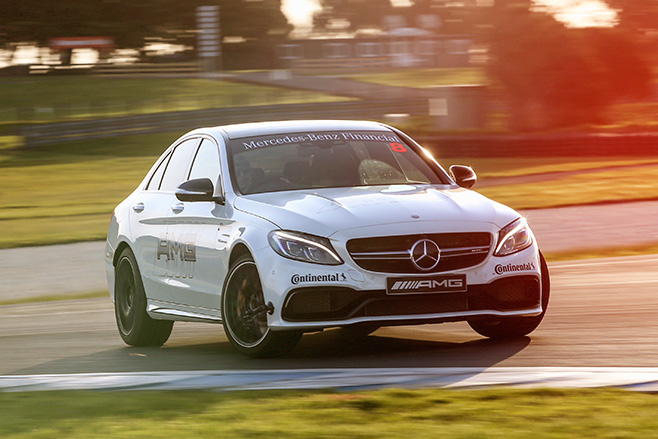 For these owners it’s all about speed. The art of going fast around a circuit. It’s about laying down a hot lap, the hottest lap you can do. And to make sure it really is the best you can do, there’s a bona-fide race driver in the car with you, whose job is not to drive you around the track, or show you the tricks. They are just a voice, guiding, exhorting, cajoling and at times good-naturedly berating you in the collaborative search for another tenth of a second off your lap time.

Sometimes they’re also a hand on the wheel, tugging you harder into the apex, helping you find the fast line. Initially it’s disconcerting, and not a little scary, because I thought I was already on the edge of adhesion, and this hand yanks the wheel even harder. Inevitably the C63 responds, carving even more sharply into the bend. Understeer, it turns out, is a valid way to wash off speed into the apex. 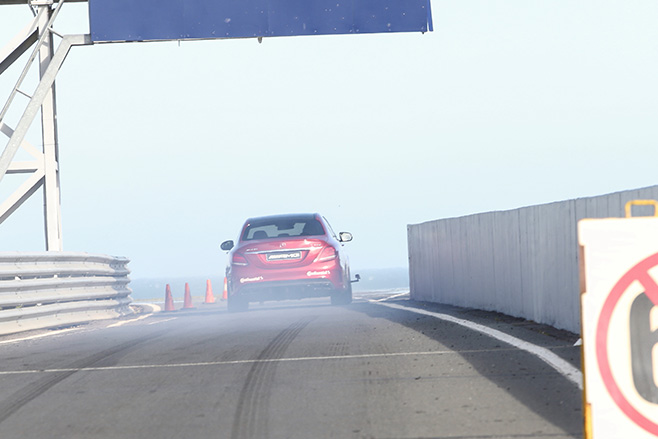 For Mercedes-AMG it’s not about lap times. It’s about demonstrating the sporting prowess of their fastest cars. It’s about giving owners the opportunity to see what these cars are really capable of – in their own hands, not those of a pro. A hot lap with a gun race driver is exciting – as many participants on the day can testify after being shown Phillip Island from the passenger seat of an AMG GT S – but nothing makes for a bigger grin than actually being the nut behind the wheel, reeling off ever-faster lap times, braking a little later, punching out a little harder, hitting a higher top speed. 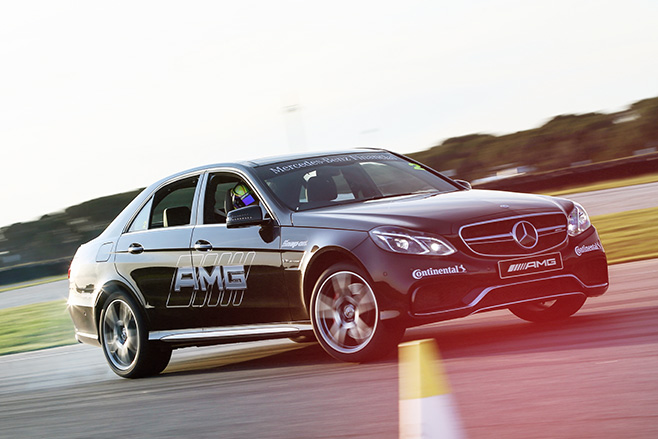 “For the Evolution AMG driving course it’s about precision, finesse and consistency,” says chief instructor Peter Hackett, “but also to take you a little out of your comfort zone. We want to show you what the cars are capable of. We want you to experience that from the driver’s seat. We’ve got the best instructors. And the backdrop of Phillip Island is just icing on the cake.”

It’s an intoxicating mix for sure; picturesque track, high-performance cars and one-on-one tutelage from pro racers. 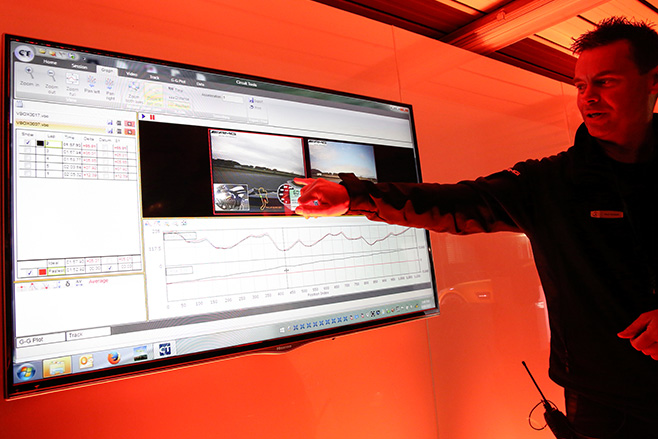 Mercedes-Benz throws a lot of money and resources at programs like this in Australia, and around the world. It’s partly about showcasing the machinery, and about giving owners a memorable experience.

It’s also good business because attendees at one of the 15 AMG drive days held each year in Australia are more likely to become repeat buyers.

Now read about the Audi Driving Experience on Ice in Seefeld, Austria.