As the great-grandson and grandson of Mini Cooper founders Charles Cooper and John Cooper, and the son of John Michael Cooper, the creator of John Cooper Works, you’d think Charlie Cooper’s shoulders would be weighed down with legacy.

After all, these men were revolutionaries. They were the first to build rear-engine race cars that looked like matchboxes (and almost weighed the equivalent), transforming motorsport from Formula One to rally to the Indianapolis 500 in one fell swoop. However, the case is quite the opposite.

Like his family, the founder of lauded cycling brand Cooper Bikes, Mini ambassador and Mini Challenge pro-driver is also a futurist, mobility enthusiast and an entrepreneur. As the British marque now owned by BMW celebrates its 60th year, we talk to Cooper about the family business, how the Germans have kept his family’s legacy alive and what his grandfather would think, had he been alive to see his beloved Cooper powered by a plug.

What point did you decide to go into the family business?

As a kid, I was a massive petrol head but, unlike my father and grandfather, I didn't go the engineering route. But I think it really hit home when my grandfather died in 2000. So I always took it for granted [that he would be around] - as you do when your grandparents are alive, and you don't make the most of it.

So I would hear stories and think 'he was just granddad to me', but when he died and dad created the John Cooper Works brand, I really wanted to be involved at the start of it. I started hearing more about the stories and how revolutionary he was in terms of what he did for motorsport.

What he did for the car industry. My father was also a racer, so I wanted to keep the story in my family and to keep the Cooper legacy alive - it meant a lot.

Besides the fact it’s in your blood –  what is it about Mini Cooper that excites you the most?

There are so many opportunities and challenges in the automotive industry. But there is a really exciting future for Mini and great things happening. Before start-up culture existed, it was the first real start-up. And I think that's what my grandfather did with his little garage in the south of England.

Mini celebrates 60 years this year, it’s a marque that carries so much sentimentality and emotion for many. Now it’s owned by BMW of course so it has a new life. How do you feel about the evolution of the Mini, as a family?

Totally. We take it very seriously. I think that is the beauty of how the brand has evolved today. The product was the first thing we talked about, that was the design deal. You know, the elements of what makes a Mini. For example, Cooper's all about that go-kart feeling, the handling and the experience.

So regardless of whether it's the more traditional three-door or all the way to Mini Countryman SUV, it still has the elements. And Mini will never lose that. 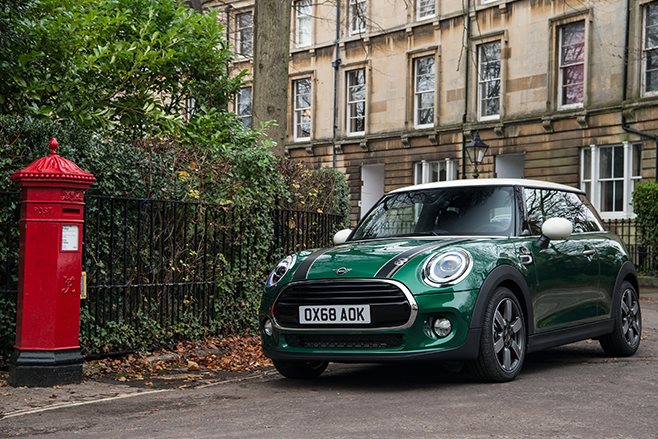 There is the argument that if you don’t evolve, you get left behind.

Right. It's been clever in terms of how it has evolved because Mini has stayed relevant the entire time, and very few brands can do that. Now, a young person can have this emotional connection with Mini, the same way a young driver first might have had in the 60s. I don't think there're many brands like that, that have evolved in such a way.

Do you think that’s where the success is?

A big part of that is actually just having a product that's designed to be a good product. It would be very easy to relaunch a very strong, powerful brand but a bad product. We've seen that in different segments of the automotive world. Not naming any names, but they've suffered because they're great brands but they've come out with a product that is really not as good.

I'm closely aligned to the John Cooper Works brand, so some of the JCW products coming out, I'm really excited about. But on a whole, looking at all the Mini products coming in the future, that's what will keep the brand alive. 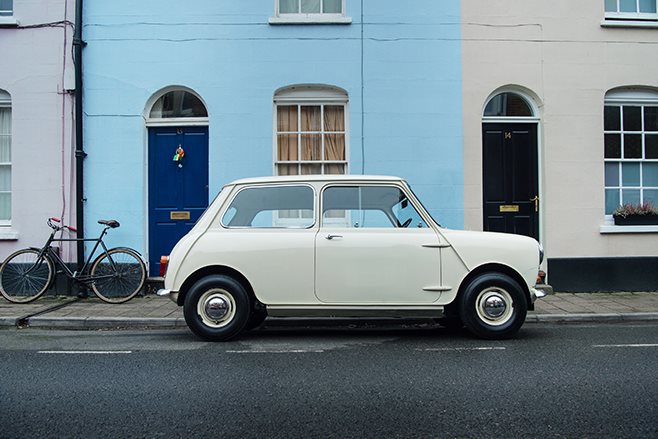 What else are the original values instilled by your grandfather and father that still ring true for you?

My grandfather was...well, if you had someone talking about what makes an entrepreneur, he embodied all it. I was very lucky to spend time with Oliver Heimler [head of Mini design] in the design studio in Munich. And when I met Oliver and his team and told them stories about my grandfather, he said that's what they try and bring to the table.

There was this spirit of letting anyone, whether it’s the most junior designer, mechanic or engineer, come up with a new concept or idea – and again, it felt very much like that start-up culture I was talking about earlier. There is also this real British feel to what Mini is doing- it is still exciting. I do think that’s why Mini lives on today.

But my father is incredibly entrepreneurial as well. In the 80s, he kept the Cooper brand alive. Production wasn't there, so he used to sell kits to Japan, which was the biggest market at the time for classic Cooper kits. And then obviously it was re-launched in the 90s with Rover. If it wasn’t for my father, the brand wouldn’t be here today.

That’s a heavy legacy to bear! And now you’re the ambassador of the brand, balancing it with your own bike company, Cooper Bikes.

As much as I love getting in my car and driving on a race-track or on the roads, I also love cycling. 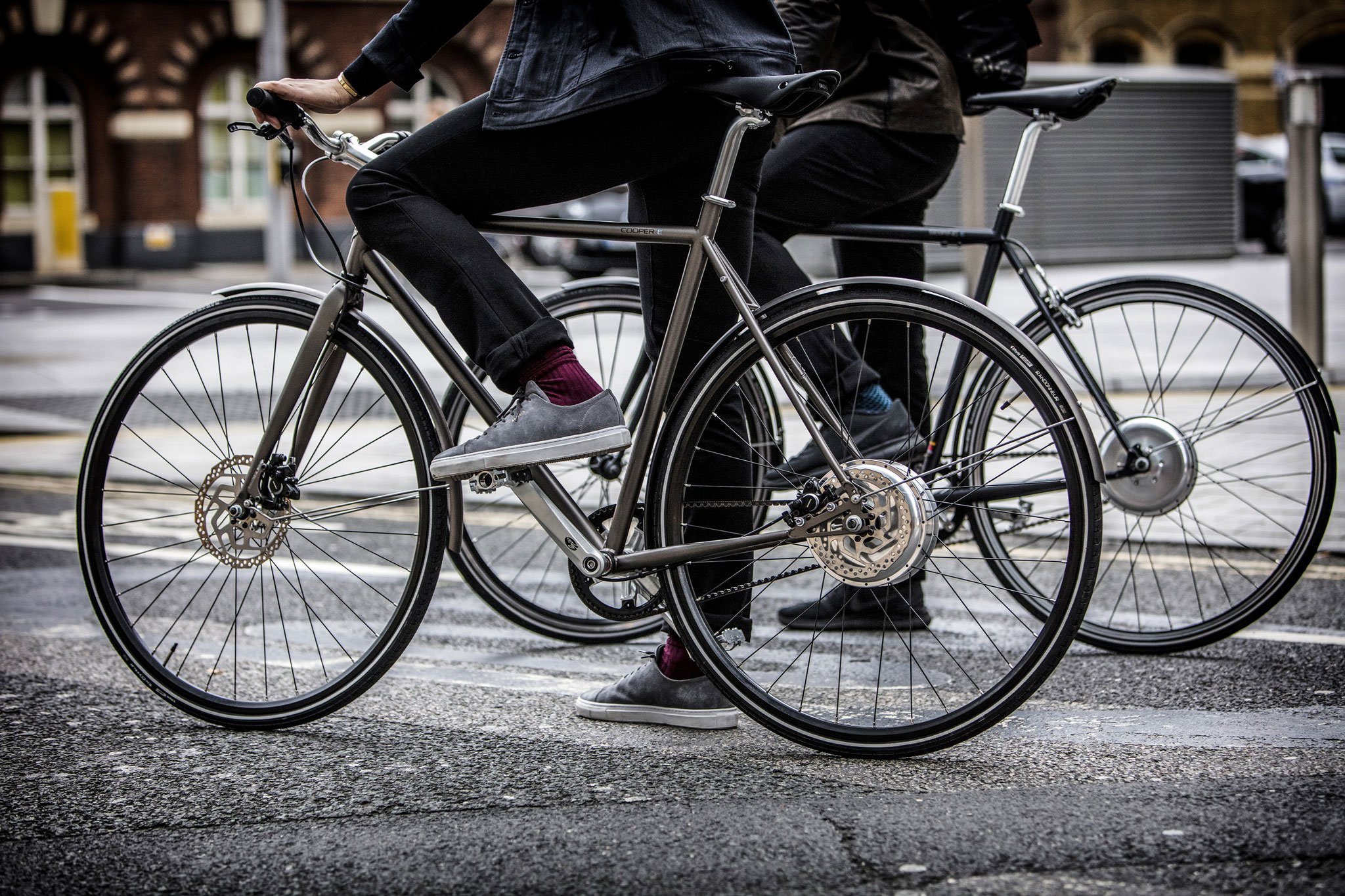 Your e-bikes use similar technology found in Formula 1 cars and its not uncommon for motoring enthusiasts to also love cycling. Have you found more connections between the two industries than expected?

There are definitely connections. I mean, a bicycle is a much simpler than a motor car. There are certainly fewer elements. But they are getting more complex, especially with things like electric bikes. But some of the challenges are the same – especially when it comes to using design to try and set yourself apart.

In the e-bike world, technology is a big challenge. There are parallels with the automotive world. I think we're getting to that stage where we've stopped talking about 'cars' and 'bikes', it's just modes of transport. We’re starting to think less about getting in a car for a journey, and more about using the right mode of transport for the way to get somewhere.

On the eve of a new dawn of electrification for Mini, what do you think your grandfather would say if he were alive today?

He was lucky that before he died, he saw one of the final prototypes of the Mini that was launched in 2000. And when he saw it, he said: “Wow, it is a Mini!” I think everyone involved in that project was pleased because that was his real, instant response, which was a good thing.

He was always pushing boundaries, and actually seeing the Mini go electric would have been a natural progression for what he would be doing if he was around today. I think it perfectly fits in with what he would be doing. I think he'd probably be involved with Formula E motorsport and the technology would really excite him.

It's a cliché but, he had a glass-half-full attitude, so he'd be looking at all the opportunities around electrification. 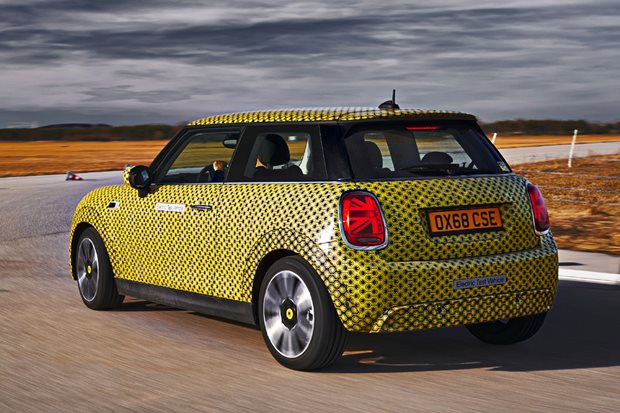 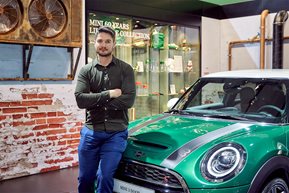