From the moment it arrived on Aussie shores, the Volkswagen Golf was a success. 2016 marks forty years since that moment and to celebrate, we take a look at the game-changing German hatch, and how it all began.

To quote the infamous Wernham-Hogg leadership guru David Brent: “A good idea is a good idea… forever”. Okay, that’s not the most eloquently-put sentiment, but you get the point. The Volkswagen Golf is one of those ideas. It works. A small car that manages to be as efficient as it is practical, and as well built as it is affordable.

There have been few instances where a car has stayed so relevant throughout time, without ever changing its essential character, the Porsche 911 is one of them, and so too is the mighty VW Golf.

While judging the Golf VII for Wheels Car of the Year some years ago, Editor Glenn Butler struggled to utter a negative remark: “The Golf VII is satisfying to drive, serene to ride in and superbly user-friendly,” he wrote. “It’s also remarkably fuel efficient, inarguably safe, technically advanced and, especially in its least expensive form, stunning value.”

This was not the first time the Golf was blessed with the famous Wheels Car of the Year title. That distinction belongs to the MK1 Volkswagen Golf. 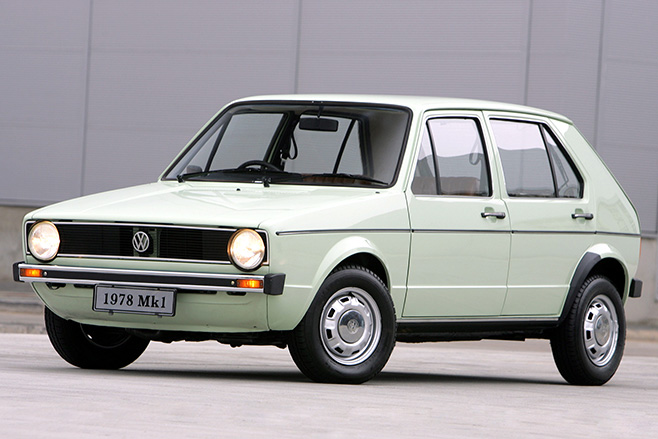 The early 70s was a worrying time for Volkswagen, as a major drop in Beetle sales led Volkswagen into bankruptcy. Importantly, and just in the nick of time, the company built the brand-saving Mk1 Golf and in turn, gave rise to one of the most influential nameplates of all time.

The German hatchback was first introduced to our sunburnt country in ’76 where it was very well received. So well received in fact, that it was awarded — you guessed it — a Wheels Car of the year gong.

The car was first introduced with a 1.6-litre four-cylinder engine. The engine was good for about 55kW, which at the time, was a substantial amount of pull for a car of its type. The car was available in three and five-door body types and sported carpet, a clock, a push-button radio and a heated rear window; stuff we’re used to nowadays, but a big deal back then. 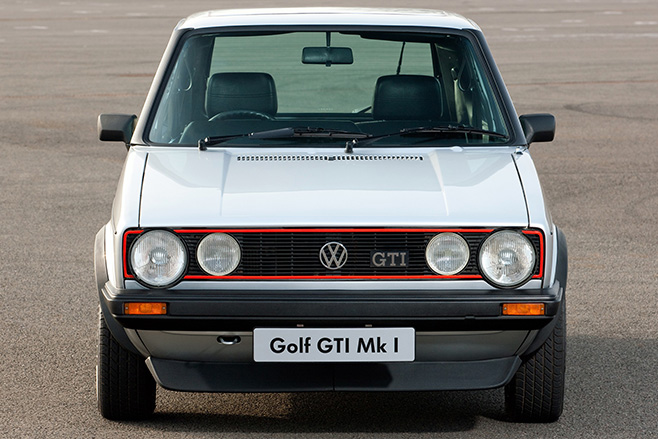 Volkswagen released several updates for the MK1, including new diesel and petrol engines, interior upgrades and exterior styling changes. Unfortunately, the infamous Mk1 GTi (pictured above) from this era never made it to Australia.

In the late 70s, cheap Japanese alternatives began to out-sell the compact Bavarian which led to the Mk1’s early demise in 1982. To some, the Golf’s run was over.

Far from being over, its run of success had only just started.

In 1990 Volkswagen released the Mk2 Golf GTi. This iteration had a 2.9-litre four-cylinder motor that made 77kw of power and 155Nm of torque. The Mk2 was lauded for its high-end refinement and composed handling. 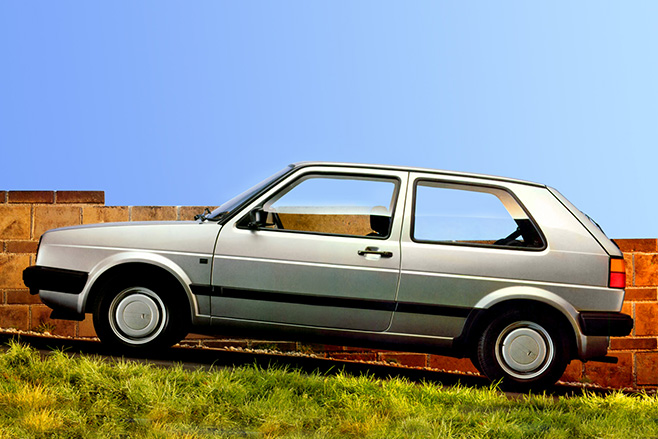 The first of the Mk3 Golf range to land down-under was the sports-oriented VR6.

Equipped with a powerful 2.8-litre V6 engine, the compact Grand Tourer was praised for its sharp handling and smooth performance.

In terms of sales, the Mk3 really came into its own when the GL and CL models were released.  Sales results bolstered the Golf’s position in the market and various body styles, interior features and engine configurations were released in response to a broadening demand. 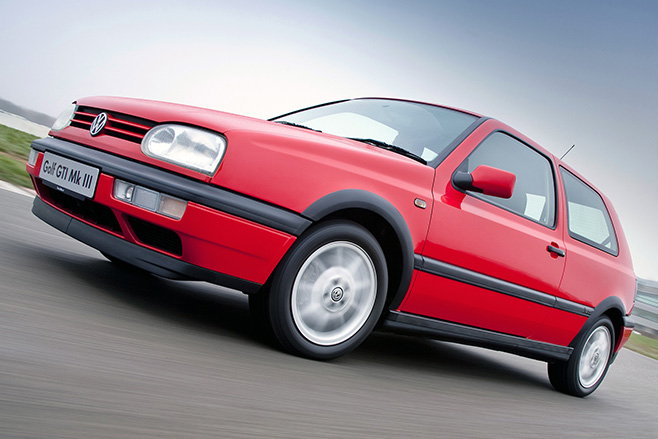 The fourth generation Golf was arguably the most influential small car of the 90s.

While the Mk4 continued the brand’s trend of refinement and comfort, competition from the Ford Focus exposed the Golf’s handling dynamics as out-dated.

This was the first Golf to boast fully galvanized bodywork, satellite navigation and xenon headlights. 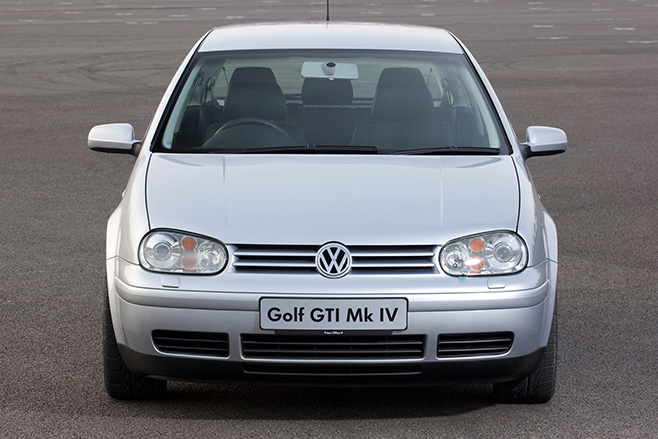 In an effort to catch up to the class-leading Ford Focus, the MK5 featured an all-new platform that was 32 per cent more rigid than before. The Golf also saw multiple suspension changes and a carefully tuned chassis.

This model was very well received in its many editions and styles by the public, however it was expensive to manufacture — mostly due to its 50-hour long build time.

Special features of the fifth-generation Golf included a panoramic sunroof, bi-xenon headlights and a DSG gearbox. 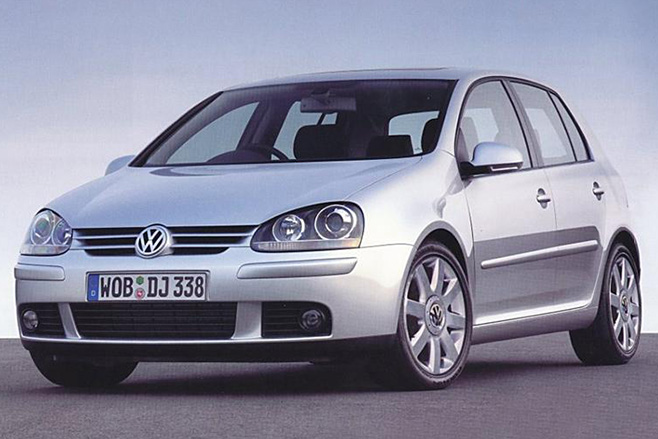 From the outside, the Mk6 looked very similar to its predecessor but was, in fact, vastly improved. New drivetrains, upgraded refinement, loads more features and increased safety made the sixth generation Golf highly respected.

Moreover, VW was at the forefront of the market’s move to small turbocharged petrol engines. This helped the Mk6 golf take its second Wheels Car of the Year award,making it a benchmark in many comparisons.

Although this model performed well, it was short-lived, and replaced after just four years. 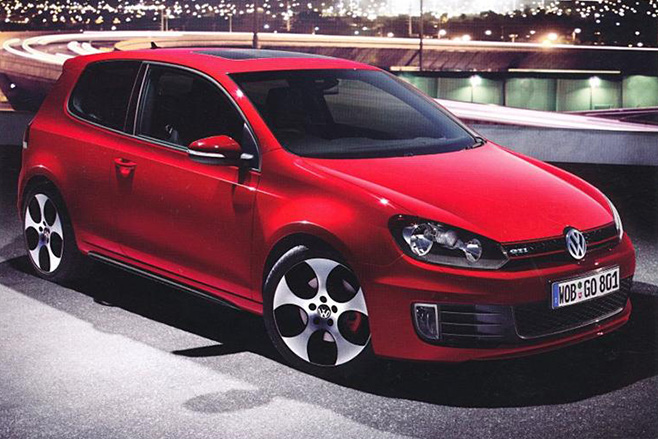 In 2013, when the latest Volkswagen Golf arrived, it was received with some trepidation given the success of the car it replaced. However, we needn’t have worried; the Mk7 Golf delivered everything the previous model did and more, winning Wheels Car of the Year in its first year of production. Since then, the seventh-generation Golf has been a staple in the small car world, being equally as prolific as a commuting machine as it is a performance vehicle. 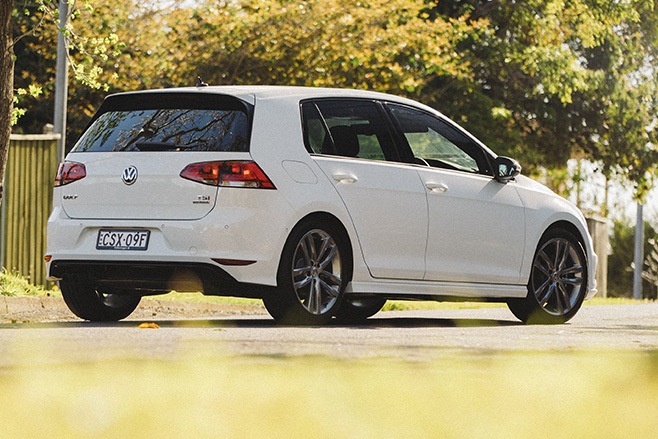 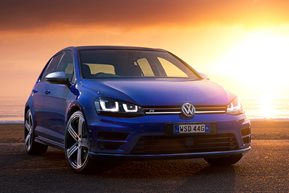