Why modern scooters make sense in a traffic-clogged world

A Harley rider wouldn’t be seen dead on one, but BMW’s new ‘maxi’ scooter adds comfort and ease of use to the joy and freedom of motorcycling.

Proper, wind-burnt and world-weary motorcyclists are as likely to be seen on a scooter as a wine snob is to be found sucking heartily from a goon bag of cask Coolabah.

And this is exactly why the world of motorcycling has an image problem; because image is all too often what it’s about.

Proper bikers will claim they don’t like scooters because they’re not fast enough, or dangerous enough, or thrustingly phallic enough, but the fact is it’s more to do with the size, and the seating position - knees up, demure, almost church like, but far more comfortable than most motorcycles.

The fact is that a good scooter, and particularly a modern “maxi” one, like BMW’s new C 650 range (yes, with Six Hundred and Fifty whole Cubic Centimetres of engine) can provide you with much of the undeniably fabulous and thrillingly visceral joy that motorcycling provides.

No self-respecting, peer-withered bike-licence cherisher will own up to this, though, because it would not suit their image, and image - the outlaw ideal - is very much what two-wheeled transport is about.

How else can we explain the popularity of a brand like Harley-Davidson, which is so hugely popular that it can charge a fortune, not only for its clothing and kitsch kit bits, but for bikes that are effectively the motorcycling equivalent of Jeeps? Or, worse still, Hummers. 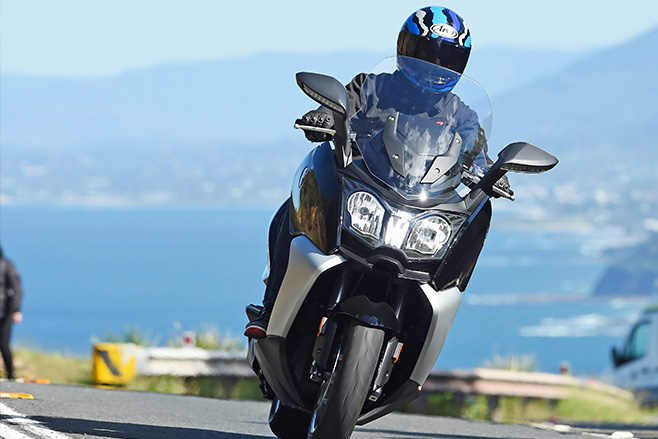 There are, of course, untold thousands of people who care not for this crisis of self-image, and happily purchase scooters of all sizes and shapes. And while most of those people live in Italy, quite a few also call Australia home.

Even without trying it out yourself (or having a sneaky, semi-legal go in somewhere like Thailand or Greece), it’s easy to see the advantages.

Scooters, like all motorbikes, are far, far quicker through our traffic-clogged cites, easier to park (particularly in enlightened Melbourne, where you can leave them just about anywhere) and far cheaper to buy and run.

What needs to be experienced first hand, as I just reminded myself at the launch of the new BMW C 650 Sport (like a sports bike version of a scooter, drawn by a child) and C 650 GT (like a classic BMW touring bike, only much smaller and even less cool looking), is how much fun they can be.

Scooters make you a part of the world you’re moving through in a way that no car - not even a convertible - can. And they recalibrate your ideas of speed, in a good way.

It is a rare thing indeed to get the heart-thumping adrenal-rush of momentum in your chest, only to look down and find that you’re only doing 80km/h, but on a scooter, it happens.

Doing 80km/h feels fast on a machine like this, and even more so if you’re going around a corner at the time, which brings us to yet another Unique Selling Point of scooters, at least ones that can properly whip into bends.

Cornering a bike involves a commitment to the cause, a bold act of pushing your body toward the rushing road, of taking risks, of leaning, of toying with physics, and good sense. 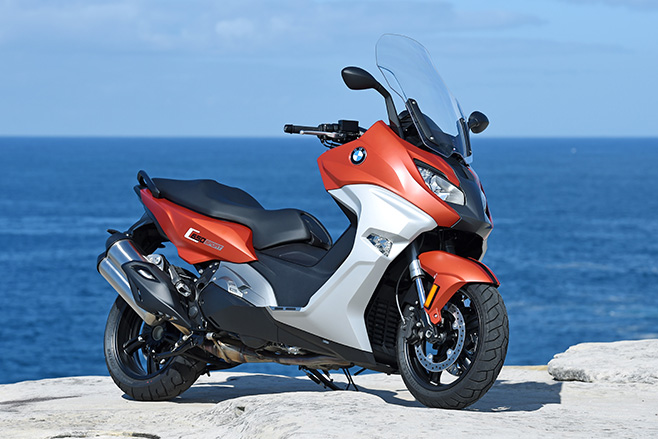 It is also hugely rewarding, and easier to enjoy than in a car because you can use the whole width of a lane to help you apex each bend.

All the while you are in the physical world - feeling the air on your face and arms, breathing in its smells, the sun on your back - rather than just moving through it in a climate-controlled capsule.

Let us be clear that a proper motorcycle does all of these things, and indeed just about everything besides comfort and ease of use, better than any scooter, even a flashy BMW one.

What’s great about a bike like the C 650 GT, though, is that it gives you at least a simulacrum of all this fun, while being so much less challenging or endangering to ride as a proper sports motorcycle.

The GT has a huge, softly padded seat, with a little back rest, which allows you to kick back and raise your legs above the normal, church-pew scooter seating position, poking them out in front of you like a proper Easy Rider.

Indeed, easy rider would be a good name for this machine, because its ride is so smooth, its 650cc engine so tractable and torquey and its Continuously Variable Transmission (no clutch and no gear changes, indeed no sense that shifts are even happening) so effortless that it really does make riding a bike feel like a doddle.

It’s not fast in motorbike terms - 7.5sec 0-100km/h, on the way to a thrilling top speed of 180km/h - but it will beat the four-wheelers around you off the lights with ease, giving you that jump on traffic that makes scooting so advantageous.

There are downsides, of course, like a lack of ground clearance that you’ll pretty quickly discover should you ever head out of town to tackle some twisty roads. BMW says its maxi scooter handles like a proper bike, which is a fair claim, but only up to a point. Or a degree of lean angle, at least. 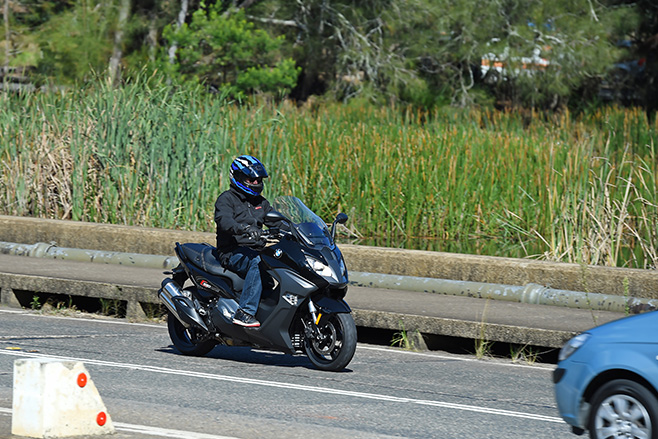 And then there’s the sound. The C 650 starts with a kind of jolly “whee” sound, as if it’s clapping its hands in excitement, like a particularly pudgy German child. After that it gets worse, because the tiny twin-cylinder engine sounds like a tractor trying to make babies with a sewing machine. It’s tempting to turn it off at traffic lights so you don’t have to hear it.

And while the adjustable windscreen is probably a great idea, it just feels wrong. A bit of wind in your face is a good thing on a motorcycle, surely, and looking through a screen when you’re on two wheels just feels wrong. (I’m sure I would have appreciated it more if it was raining, but then it doesn’t have wipers, so surely that’s a problem too.)

It’s also unfeasibly heavy for a scooter, even a Maxi Scooter, at 261kg, which kind of seems to contradict the whole idea of these commuter bikes being light and easy to manoeuvre. A cinch to reverse park, it is not.

The Sport version is slightly lighter, at 249kg, and feels far smaller, thanks to less otiose bits of fairing. It feels more fun, but less comfortable, and is clearly the one to go for, even if it is misusing the word “Sport” quite flagrantly.

A BMW Maxi Scooter is obviously going to appeal to someone slightly less older, more comfortable in their own skin and with their bank balance, so the price shouldn’t be a problem, and those who do seek a test ride will no doubt be swayed by its many benefits, and its solidity on the road.

Real motorcyclists, of course, will never know what they’re missing out on. 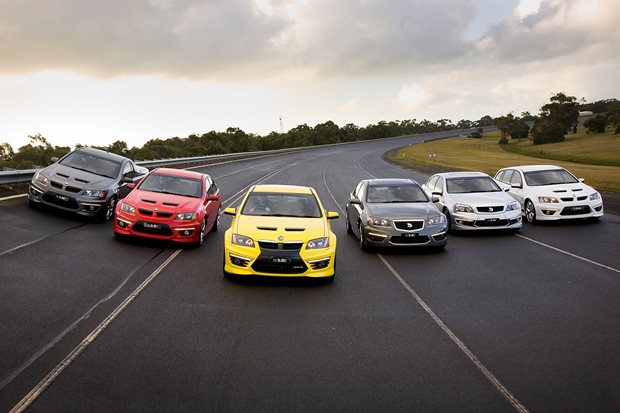 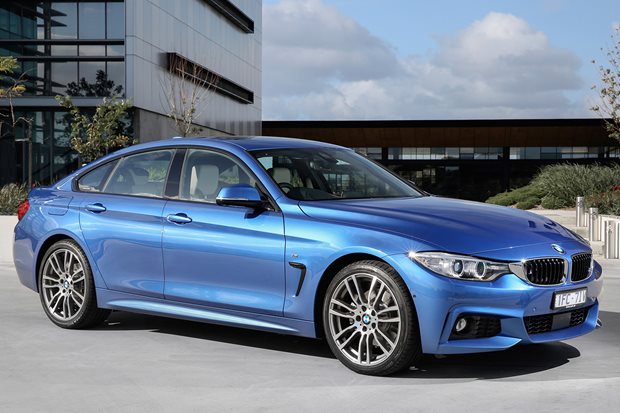 The BMW 4 Series range has gained upgraded engines, additional features and price cuts up to $10,100. 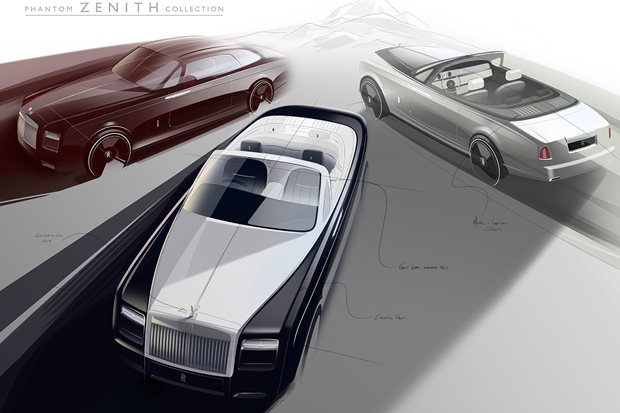 Rolls-Royce farewells the Phantom with an ultra-luxe special edition 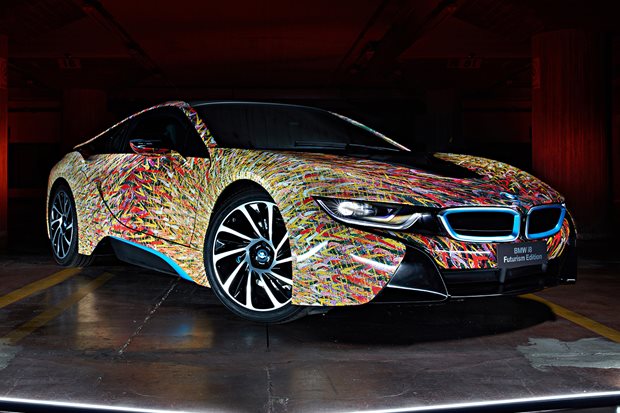 The BMW i8 gets a vibrant paint job to celebrate 50 years of BMW in Italy, recalling the Art Car era.