The true cost of a car goes beyond the purchase price. Here’s our definitive guide to the best buys in Australia.

A CAR is the most technically complex consumer product people buy and the second-most costly purchase for most of us. And while dynamic dissection to sort the diamonds from the duds is a Wheels cornerstone, sifting through the new car market to separate the buyer’s picks from the money pits is the work of our annual Best Value Car awards (Gold Star Value Awards).

The devil (aside from non-deductible car loans) is the insidious depreciation, which makes up the biggest chunk of the cost of owning a car in the initial years from new. A good car will only lose about 30 percent of its new price in three years, while a poor one will only retain 30 percent...

Clearly, it’s worth knowing which cars are good at holding their value and which aren’t much chop. Yet a new car doesn’t stop at depreciation in its quest to empty your wallet. There are fuel costs, insurance, servicing frequency/cost, and the financial burden of fixing things that cunningly fail just outside the factory warranty.

A turbo-diesel will cost more to buy than a petrol but typically use less fuel, though which is less costly to run might depend on the day of the week. Our research indicates that diesel prices remain reasonably stable, whereas unleaded prices vary depending on the day.

With an emissions cloud hanging over oil-burners, there’s also the question of which will be worth more at resale time. And can hybrids or electric cars justify their typically higher price tags in energy savings along the way?

The answers await as we bring you the figures, from a starting grid of the 2500-plus cars on sale in Australia, for more than 60 of today’s best buys, across 21 categories.

Class ceiling
There is no upper limit on the price of cars eligible for Gold Star Value analysis. The fact that the money lost in three years on 2017’s biggest depreciator would buy you 19 of the winning sub-light car illustrates how the figures tend to take care of themselves at the top end of town.

Fuel
Annual fuel cost calculation based on ADR combined-cycle consumption figures. These aren’t real-world representative, but they let us compare cars. Annual distance travelled is the ABS Australian average of 13,716km (2015-16) and we used fuel prices on the day.

Real cost
It’s relatively easy to put a representative number on the three-year cost of depreciation, fuel and insurance, so the total of these running costs contributes 80 percent of a car’s score.

Purchase price
Most new-car buyers set out with an approximate budget in mind, so Gold Star Value is divided into price brackets. The real cost of owning the car is depreciation, which is where purchase cost is factored into our value equation.

Warranty
A seven-year warranty brings greater peace of mind than a three-year warranty, however it’s difficult to quantify the value of extra cover. It only translates into an actual money saving if something fails and it’s fixed free. Warranty accounts for 10 percent of a car’s score.

Service
The vehicle servicing score is based on frequency. A longer interval may result in less expense – and it will certainly mean less hassle – so takes the maximum 10 percent.

The addition of the real-cost score out of 80 and the warranty and service interval scores out of 10 gives a total of 100. It’s displayed in each data table and, because each car references the cheapest overall model, the decline in value working up through classes is clear in the spread of scores from more than 90 to less than 30.

If you have both eyes on the bottom line when you buy, then the car that wins its Gold Star Value category is the one for you. Thank you, good night and do try the fish. But if you also have a penchant for driver appeal, then our Wheels Recommends pick in each category instead represents the intersection of value and verve. 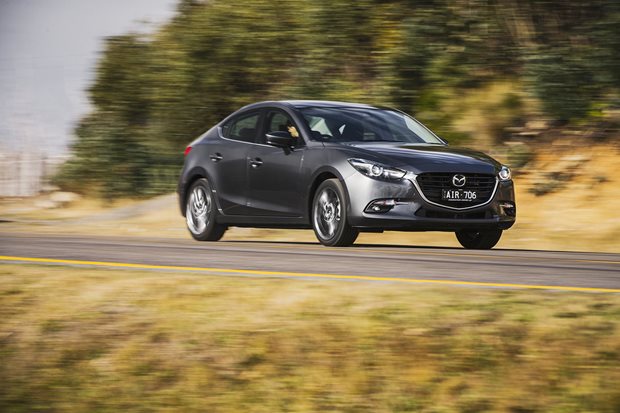 Mazda 3 vs Subaru Impreza: Which small car is best for country driving?

Catherine wants a roomy small car that will suit life in the Blue Mountains. 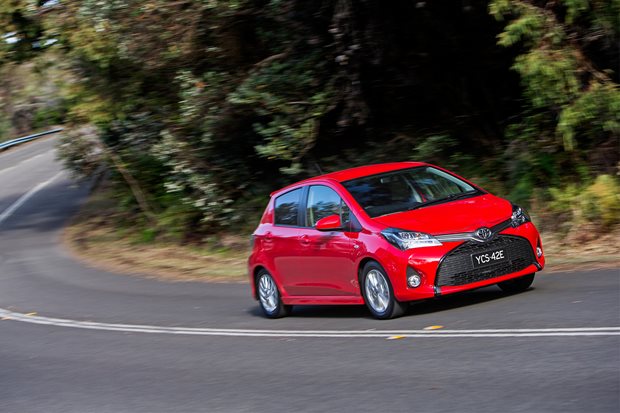 Suzuki Baleno vs Toyota Yaris – Which Car Should I Buy?

The battle of the city hatches – segment leader, the Toyota Yaris takes on a funky new upstart, the Suzuki Baleno, in this edition of Ask The Expert 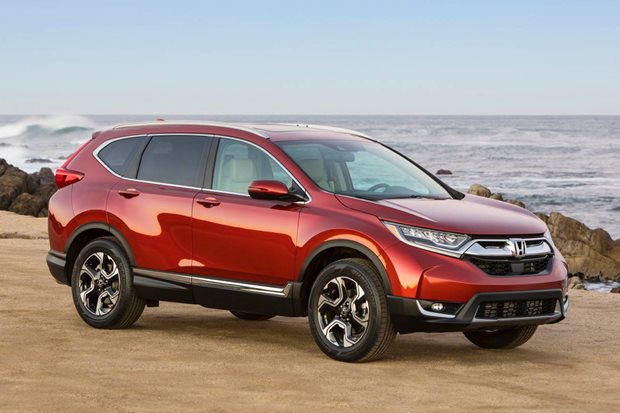 Honda CR-V vs Subaru Forester – Which Car Should I Buy?

Sarah wants a comfortable SUV with decent luggage space, but without the need for off-road ability

You want a Light car to be light on the pocket, as these three are. Introducing the Mazda 2, Hyundai Accent and Toyota Yaris