How the mighty have fallen. The reigning Bang For Your Bucks $0-$50K champion, not to mention two-time defending outright winner, languishes in fifth place in 2016.

Simply put, in the most potent BFYB field ever, the feisty Fiesta just wasn’t fast enough. The 1.6-litre Ecoboost four remains a great engine, rorty and revvy, but with 134kW/240Nm (147kW/290Nm on overboost) it was left badly outgunned in comparison to this year’s heavy hitters.

Its figures were relatively strong – bizarrely, its 6.97sec 0-100km/h and 14.93sec 0-400m times were identical to those recorded in 2015 – but not enough for Ford’s baby to escape the drag strip wooden spoon. It struggled to shed speed too, taking further than any other $0-$50K competitor to stop from 100km/h. 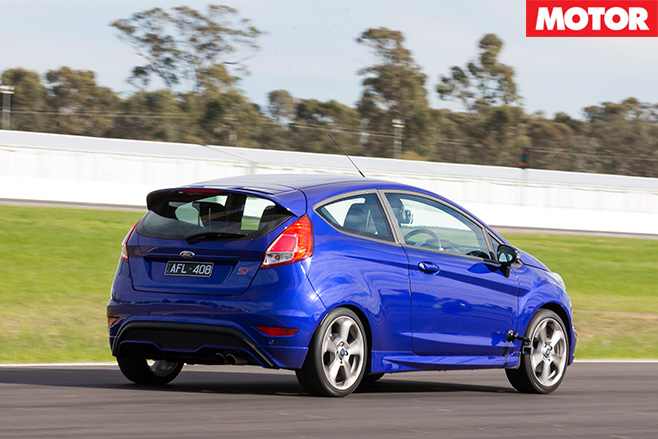 While not overly powerful, the brakes refuse to wilt under the strain of continued track abuse and offer a firm, reassuring pedal feel. Combined with quick steering and a beautifully neutral chassis, the Fiesta ST remains a brilliantly entertaining hot hatch.

Personally, I found it a little less overtly playful than in previous years, but the way it feels constantly on the edge of oversteer in faster corners, perfectly using all four tyres, remains a highlight among the current crop of front drivers. The Fiesta’s enthusiasm to be punted hard is reflected in the judges’ scores: Morley, historically one of the Fiesta’s strongest proponents, the only one to place it lower than third.

Unfortunately, this enthusiasm doesn’t translate to the stopwatch, the Fiesta clocking the field’s slowest lap time, its 1min45sec a measly 0.1sec better than last year, despite the theoretically faster track layout. The Fiesta ran first, but any fears a slightly dusty track hurt its lap time were dispelled when Luffy tried again later in the day, only to go 0.5sec slower. 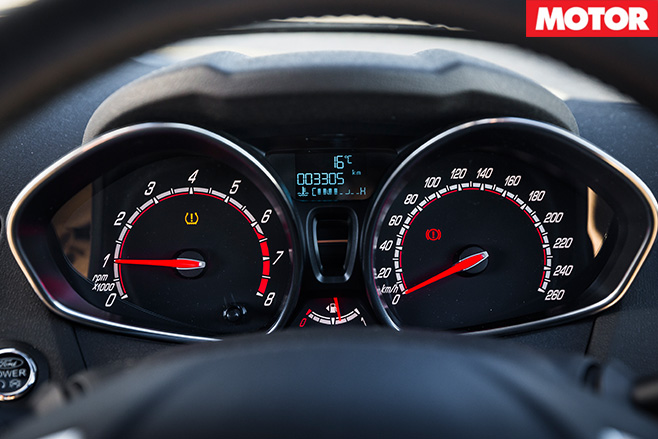 Why didn’t it show the same improvement as others in the field? Tough one. Our test car was on Continental rather than Bridgestone rubber this year, which could’ve been a factor, but then its corners speeds were there or thereabouts.

Regardless, the Fiesta ST would have had to go a lot quicker to keep up with its main price rival, the VW Polo GTI (which appears a few pages further on), and its fall from grace brings into sharp focus the relentless pace of performance car development.

While the Fiesta remains an incredible bargain at $25,990, that’s only the case for a couple more months as from September 2016 a smattering of extra equipment lifts its price to $27,490. Unfortunately, there are no mechanical upgrades as part of this mid-life facelift; does Ford have enough up its sleeve in future to put its pocket rocket back on top? 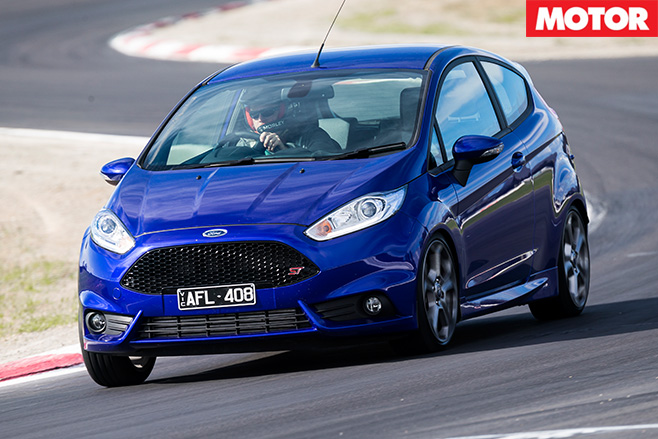 JUDGES' COMMENTS
06. David Morley
“Still a fabulous thing and I’d have one in a heartbeat.”

03. Louis Cordony
“Sharp, agile and rorty, but no longer an absolute standout.”

02. Scott Newman
“Still great fun, but a knife in a gun fight this year.” 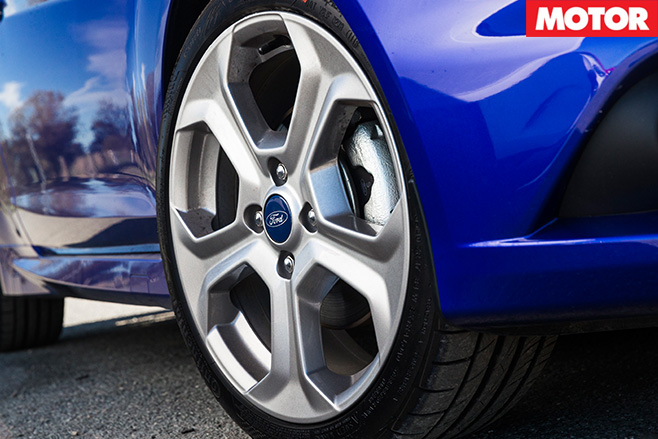 WARREN LUFF SAYS
02. “From a driver’s point of view it does everything you want it to”

“It’s such a fantastic little hot hatch, it’s such a fun car on the limit.

“Probably its limiting factor is brakes. After two laps around here the pedal is starting to go long and it’s a little bit disappointing, but the engine and chassis are great and it slides about a bit in the rear.

“The electronics don’t cut back in, so in that sense it’s a true hot hatch. It’s just great fun.”