Going out on a high, albeit as the bridesmaid

Yep, it might be the last of the lion line, but this here SS-V Redline is really the first time a stock-standard Commodore has been specced to cope with a track day. In the old days, you’d probably have to put bigger brakes on your SS and maybe even tweak the engine for a bit more breathing, but in the case of the SS-V Redline, you’d probably be wasting your time. Yep, the standard car is that good.

We’re pretty well versed with the Series 2 SS Commodore; the 6.2-litre, 304kW upgrade has made a huge difference to the way the car goes and feels, not to mention how it sounds. If you go for the Redline package, you also get those whopping great six-piston Brembos up front. 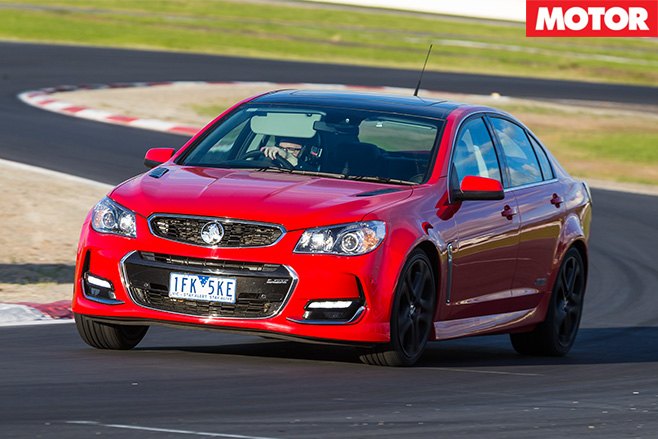 Funny thing is, the actual changes have added up to an even bigger transformation of the SS-V Redline package. The Commodore now has lots of power-down and although it’s still a supple-riding thing on the Queen’s Highway, that same flexibility translates to great mechanical grip on the track.

That’s not the end of the good news. The steering is now accurate and seems sharper than ever before – the whole gadget feels neutral and balanced. That’s no doubt a function of that long Zeta-platform wheelbase, but there’s still an immense feeling of poise and chuckability built into the Holden. If fun was the only criteria at work here, the SS-V Redline might have done even better.

Against the rest of the $50K-and-up crowd, the Redline isn’t the quickest by any means. In fact, it’s nought to 100 time was anything but near the top of the crop (although we did manage to match Holden’s claim of 4.9 seconds). To 400m, the relatively heavy kerb mass, combined with two-wheel drive and lots of torque amount to a car that’s reasonably tricky to launch hard. Even when you do get it near enough to right, it’s still on the wrong side of 13 seconds. Okay, it’s a low, low 13, but against this crew that doesn’t count for a whole lot. 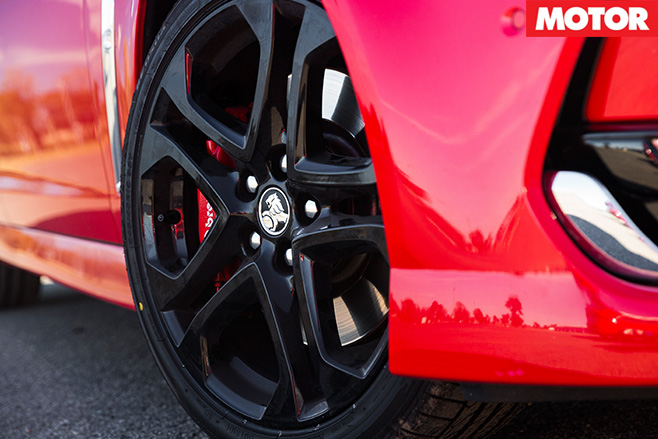 Once it is up and rolling, things improve. In fact, the SS-V becomes a steamroller at that point and everything from its laptime to its lap V-max speaks of a car with plenty of snot and the stiction to paste it down.

But rather than rely on caution and making sure you don’t overstep the mark, the Redline absolutely thrives on (as a South Australian Supreme Court judge infamously remarked back in 1993) rougher than usual treatment. There’s plenty of ‘whoa’ to match the go and hauling down this much car from 100km/h in 35-and-a-bit metres proves the Brembos are well worth the admission.

And here’s something else to think about: where previous Commodore SSs have thrown their BFYB chances away at the racetrack, not a single judge this year (and a motley but speed-loving bunch they were) placed the SS-V Redline any further south than fourth place in this price category. But while it’s full marks to Holden for putting in the time, effort, and bucks to turn the SS Commodore around, it happened just in time to pull the plug on production. Bittersweet barely covers it. 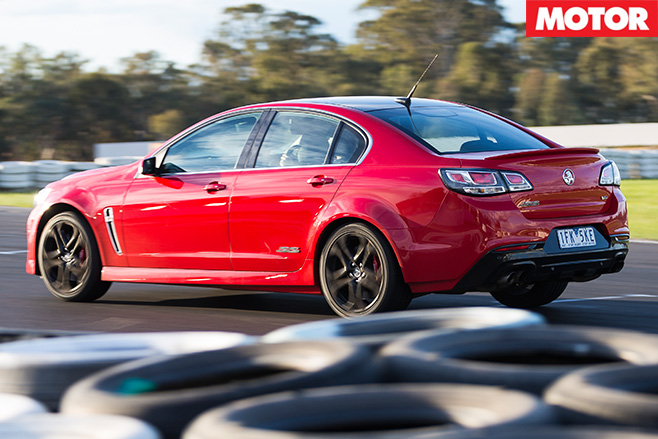 JUDGES' COMMENTS
02. David Morley
“Going out with a bang: Gotta love that.”

03. Louis Cordony
“Holden’s finest Commodore given the grunt, and growl, it deserves.”

02. Scott Newman
“I love this car. For what it’s meant to do, it’s just about perfect.” 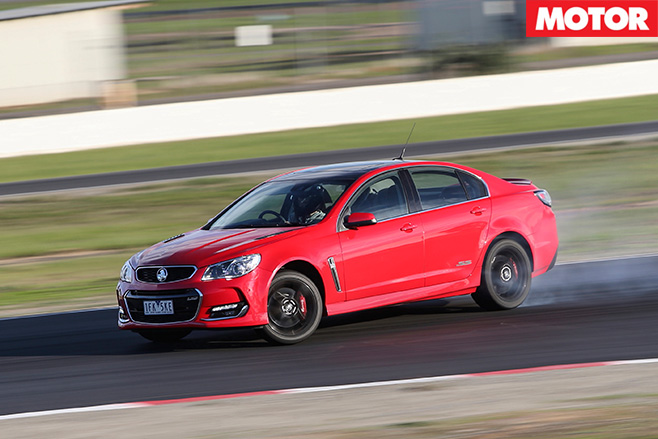 WARREN LUFF SAYS
02. “They have not given up developing to try to improve and make the car better”

“WHILE the lights are about to go out on the Aussie car industry over the next 18 months, some people are prepared to burn brightly while they still can. This is a really fun good car on the track and it does everything that you would expect of the more fancy European rivals.

“It has that great exhaust note and crackling roar that goes through the car. Honestly, it makes the hairs on the back of your neck stand up and gives you something to be excited about. While the car industry is not going to be with us for much longer, the guys at Holden have done something to make us all proud that we can make cars that are comparable with some of the world’s best car manufacturers.”