Electric cars are lauded for their hushed nature and ability to skulk around city streets in relative silence, but are they as whisper quiet as we think?

The short answer is no. After a day of testing the entire 31-strong Wheels Car of the Year field, the Volkswagen Touareg proved to offer the most muted cabin of all – and by some margin.

Using Holden’s Lang Lang proving ground and its dedicated noise, vibration and harshness (NVH) test route, all cars were rated using a decibel reader on the same loop with the cruise control set to 80km/h. All infotainment and climate controls were turned off.

Both a smooth and coarse-chip surface was incorporated into the procedure, with the decibel reader placed high between the two front seats.

The big VW disbands old tales of rattly diesels, with the 190TDI blitzing the likes of the COTY-winning, all-electric EQC by more than 3dB.

On the smoother surface, the Touareg wafted along to a serene 57.5dB reading. The 190TDI remained hushed on the return coarse-chip tarmac, registering 67dB. 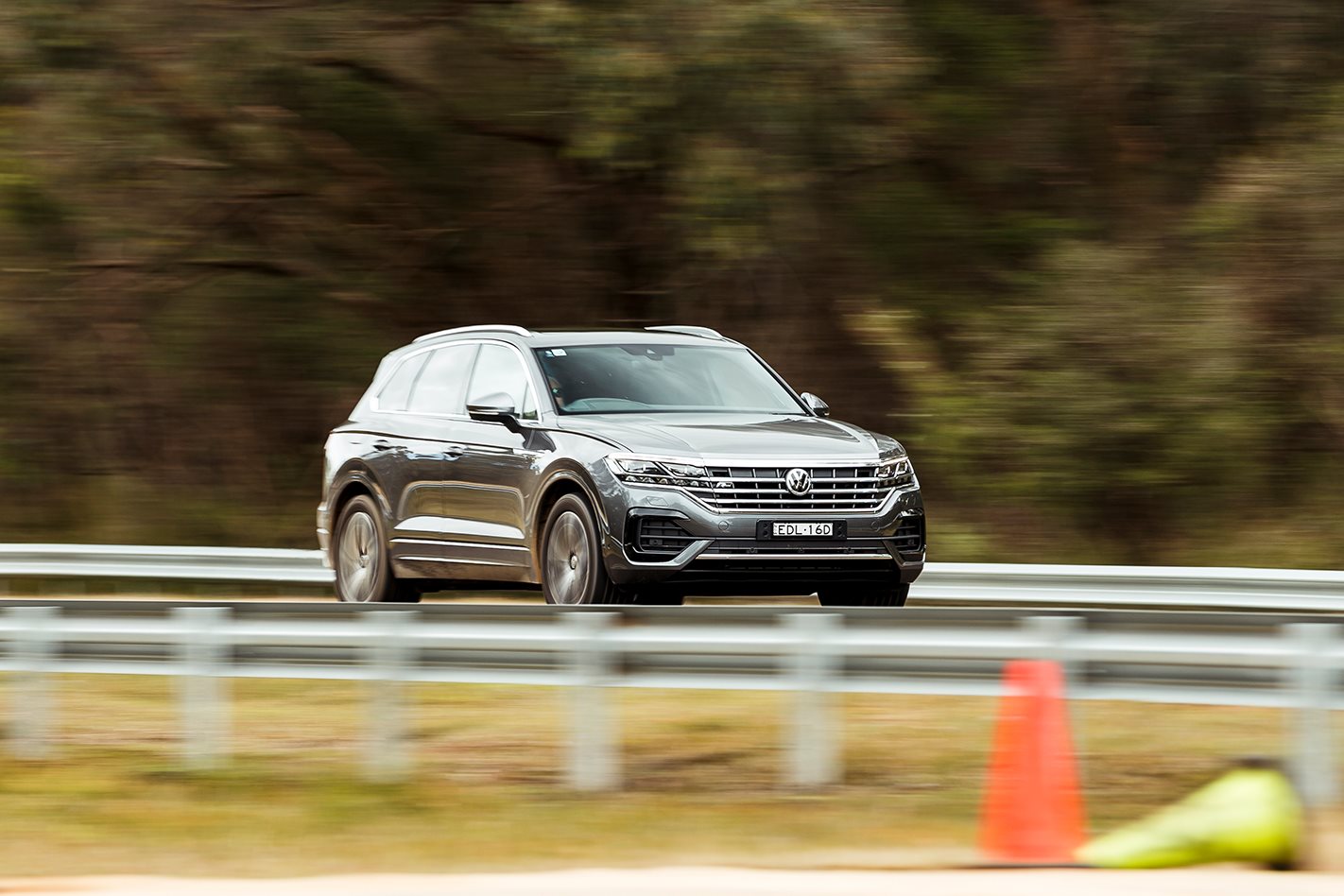 The recorded numbers backed up what the judges uncovered will accessing the field, with the VW noticeably quieter to the ear, including the EQC, which lacks an internal combustion engine.

The EQC donned the runner-up jersey in both disciplines, with readings of 60.9dB and 69dB for the smooth and coarse bitumen respectively.

Read next: Wheels Car of the Year 2020 winner revealed

The Toyota RAV4 and Mazda 3 also proved impressive mid-fielders, while surprisingly, both the Teslas finished towards the end of the pack.

Somewhat unexpectedly, given its BMW links, the Toyota Supra was the loudest in both sections of our testing, recording 68.2dB and 76.9dB for the smooth and coarse surfaces respectively.

This means that the coupe version was actually louder than the drop-top BMW Z4, with it returning 66.4dB and 74.9dB for the same tests.

The somewhat forgivable underperformer, because we love the flat-six turbo engine’s sound and its raw nature, is the 992 Porsche 911.

It was saved from the wooden spoon on both road loops by the Supra, with the iconic sports car reaching 68.1dB on the smooth surface and 75.3dB (which actually tied with the BMW Z4 20i) on the coarse.

We intend to carry out more decibel testing in future Wheels road tests and comparisons, so let us know if you want to see this data in the future.

You can read the full data from Wheels Car of the Year 2020 below.