More than the sum of its aftermarket parts

Never take a knife to a gun fight? Yeah, well, on the surface that might seem to be the case here.

See, the Tickford 360 is one of the least modified of all the cars at Winton for this momentous occasion, so you can imagine that it’s gonna have its backside handed to it.

Where many of the other Mustang GT-based contenders have blowers making boost, the Tickford approach is rather more restrained. 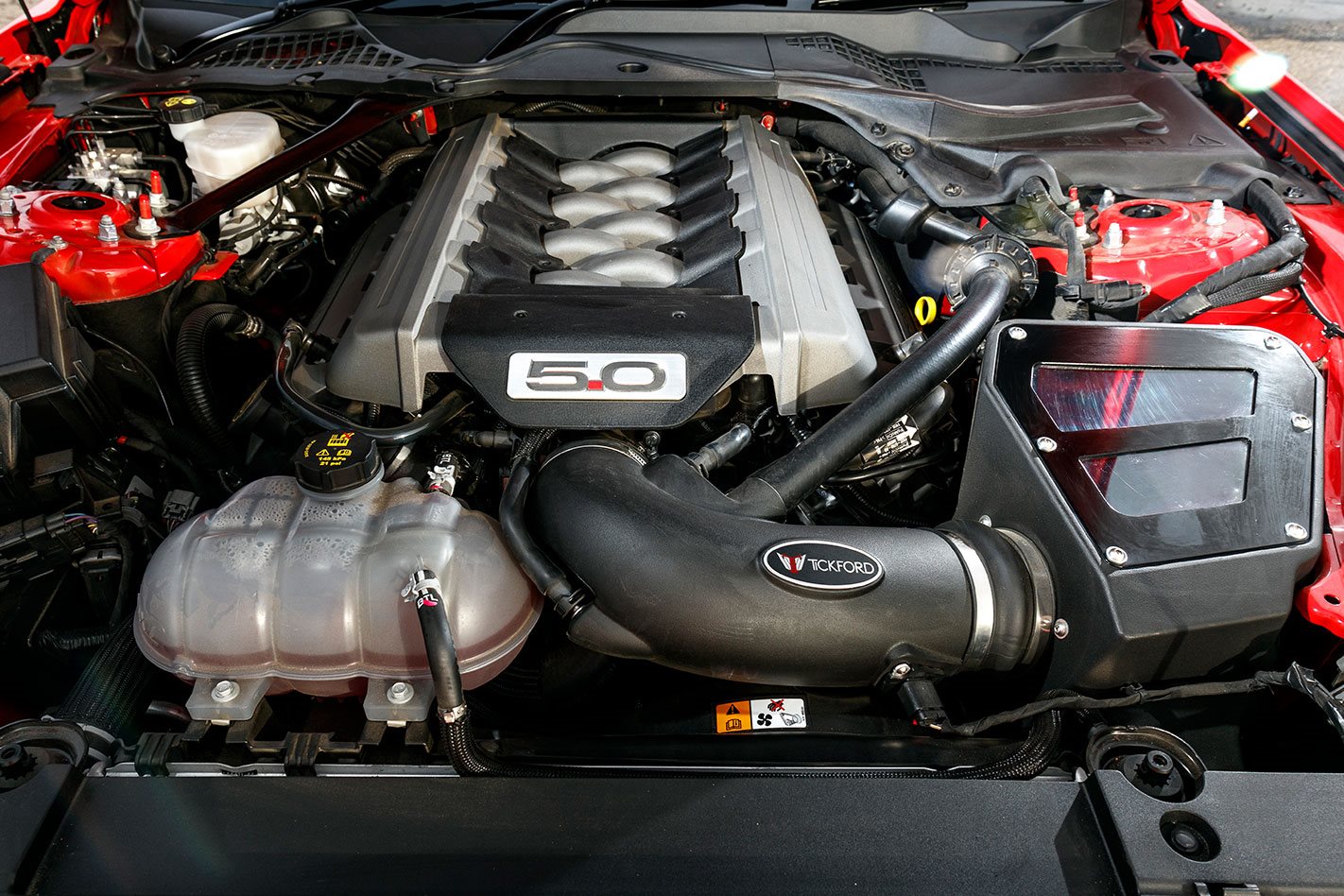 The Coyote is treated to a cold-air intake, a three-inch full exhaust system and a specific ECU tune to bump power from the stocker’s 306kW to the 360 as seen on the badge.

Like the Tickford EcoBoost model, you can also add 20-inch wheels and tyres, firmer suspension packages and a bunch of interior glitz, but it’s those modest engine tweaks that set the mood for this car.

And when you break down the numbers, the thing acquits itself pretty well. Okay, the stock braking hardware means it’s nothing special in that particular sphere of endeavour, but even a Mustang on the standard stoppers hauls up better than some of the modded cars without enough heat in the rotors. 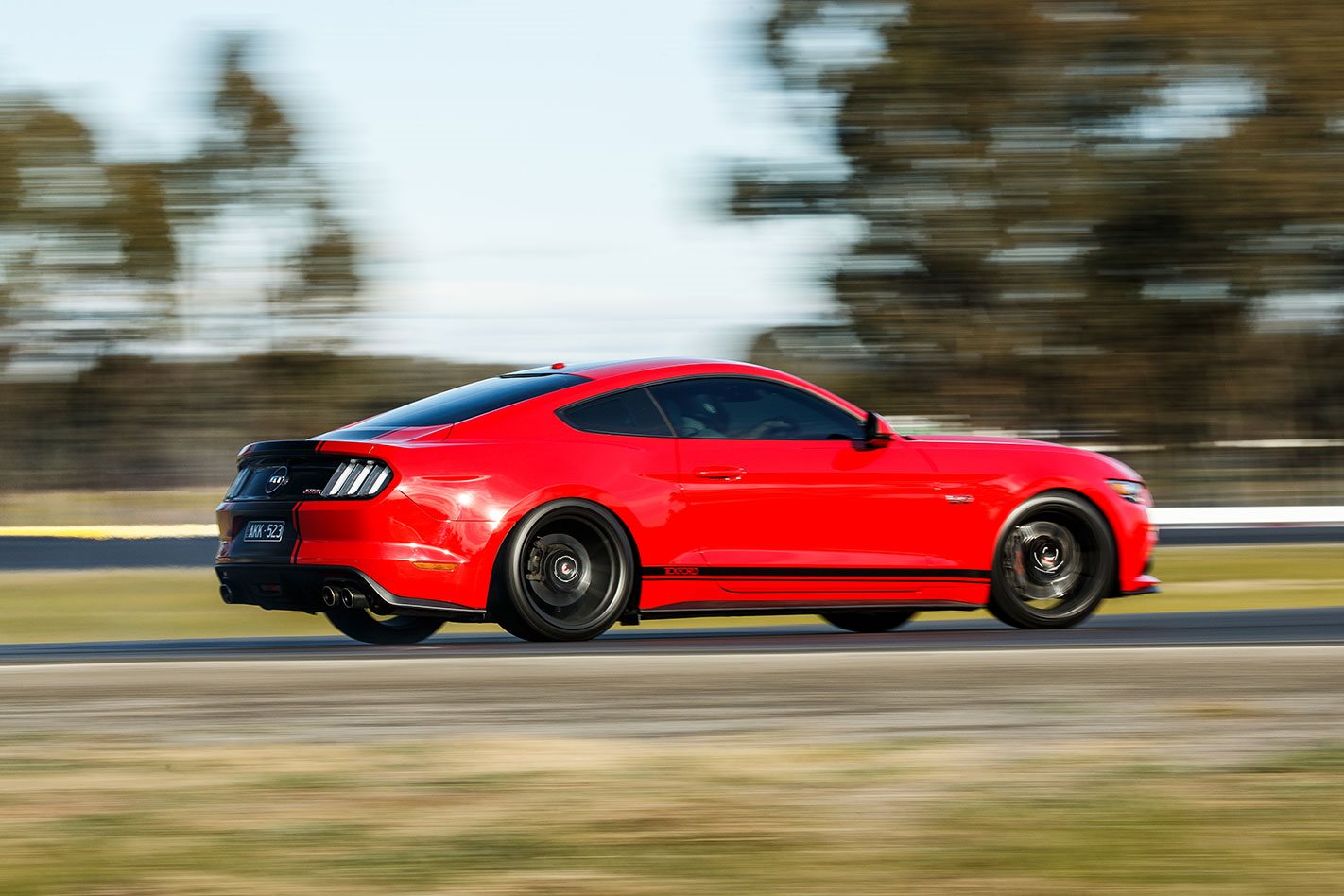 And when it comes down to lap-times, well, the Tickford 360 actually holds its own pretty convincingly. True, it doesn’t have the zap (or the front rubber and competition pads) to be right up there with the trackiest of them all, but it was absolutely right amongst the money to finish fourth fastest around the Winton layout. And its apex speeds? Er, on the third step of the podium as it turns out.

What this all proves is that provided you’re starting with a good basic platform (which the Mustang undoubtedly is) you don’t necessarily have to spend up huge to make the thing a contender. What you need to do is spend that limited money in the right places, and that’s what’s going on here. Oh, and put a maniac like Luffy in the right-hand seat; a bloke who doesn’t need much help from the car itself to be rapid. 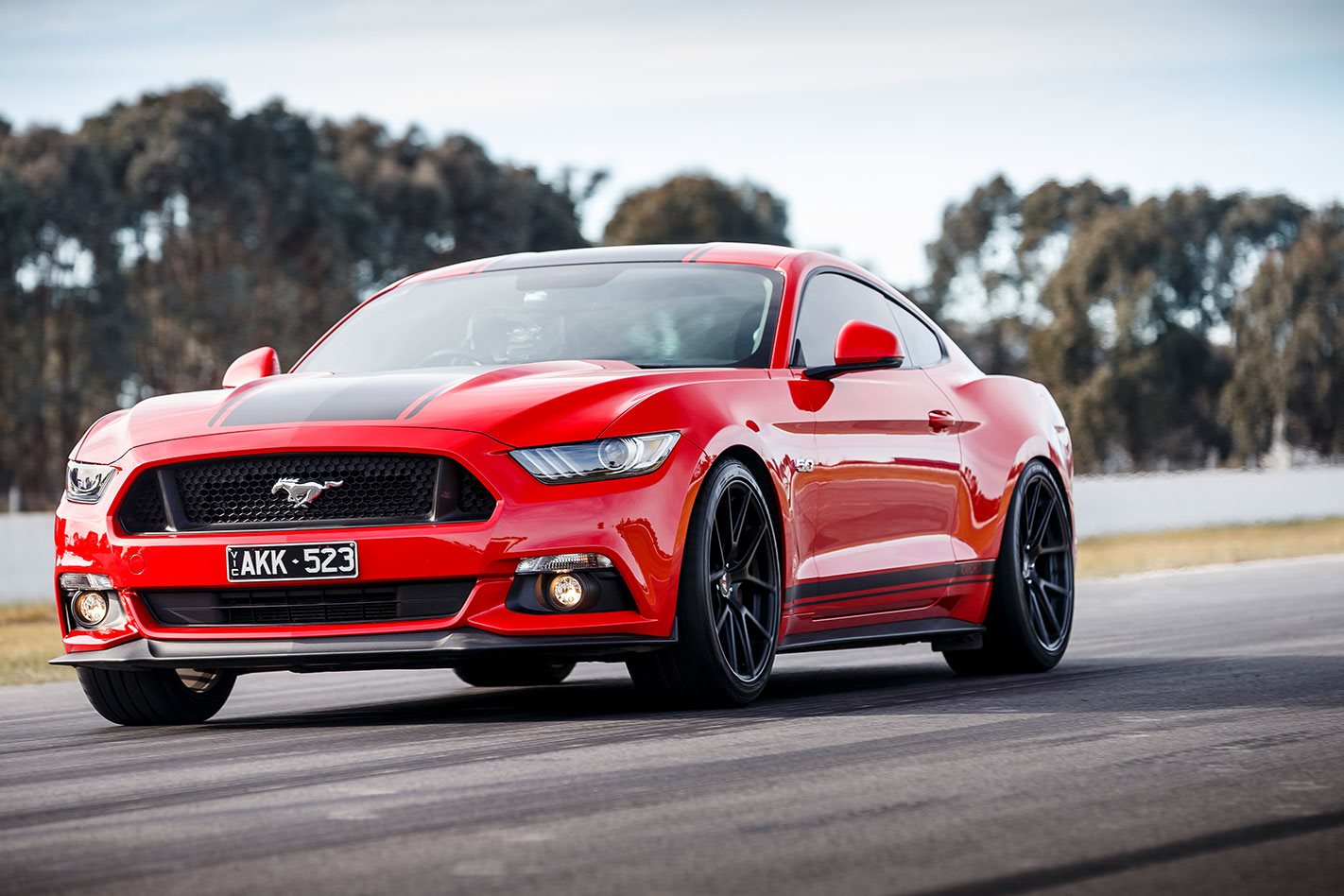 To be honest, even though the Tickford was fast around the track, it wasn’t as nice to drive quickly. That’s simply a function of less body control and that lack of tautness also meant that it wasn’t as accurate to point at each apex.

Again, when it’s Luffy at the controls, that probably doesn’t matter so much, and I’d be prepared to say that the gap between the really fast cars here and the Tickford would be greater with you or I doing the driving. Then again, the Tickford isn’t as confronting on a brute power basis, so who knows? 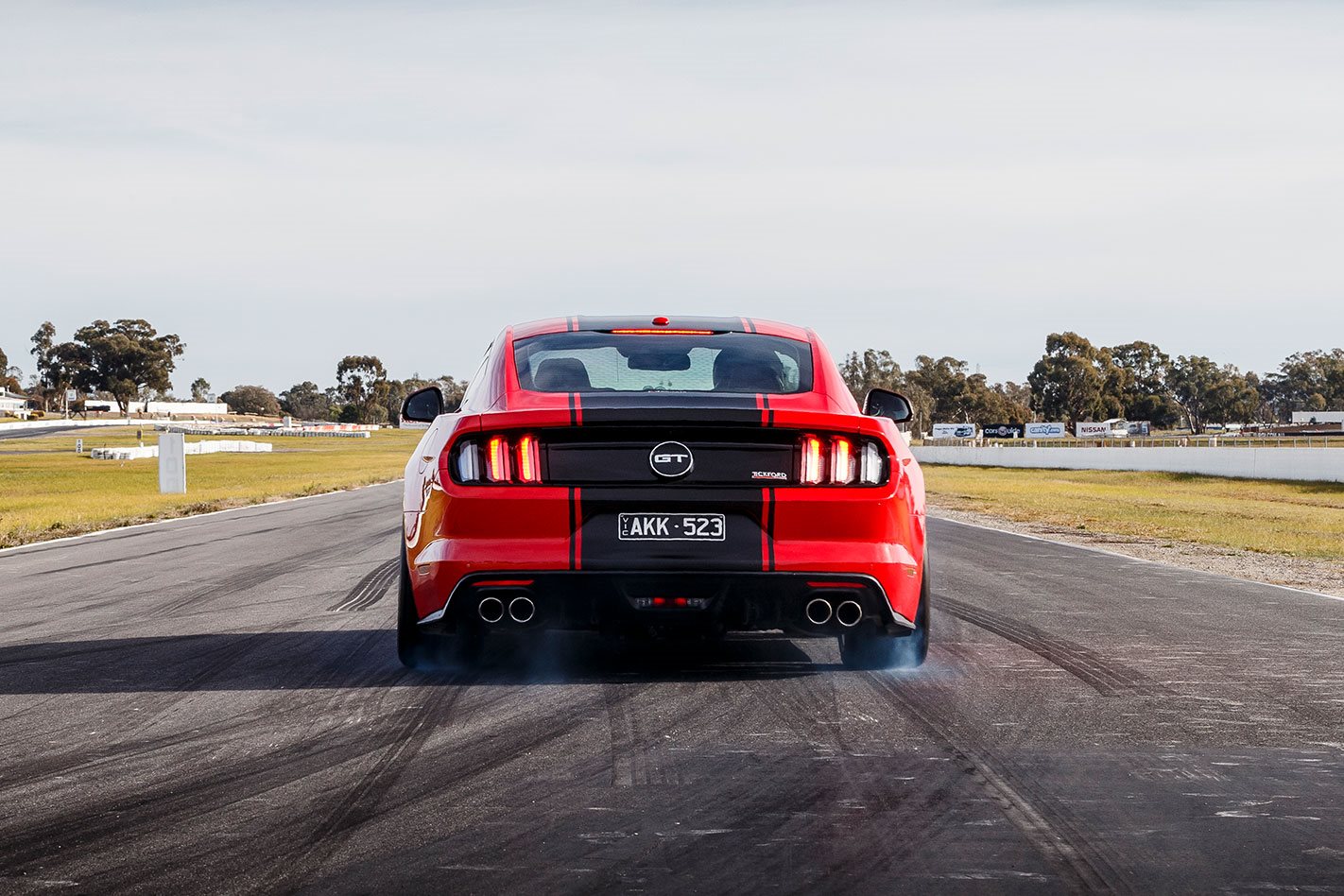 The bottom line is that the Tickford 360 is first and foremost a road-going car, so driveability is the key. Which means the tweaked engine makes loads of sense, but it’s also true that the locally developed exhaust system soaked up a lot of Tickford’s time and money to get right. The big problem, apparently, was getting rid of the drone at highway speeds and light throttle settings.

And if the 360 package isn’t enough for you, fear not; the operation has a Ford Performance/Roush blower kit in the works which promises no less than 500kW of power and 739Nm of torque.

Frankly, I really liked the sound and feel of this here atmo tune and, for me – and for most other folks if they’re being honest – this would be plenty. Although maybe I’d tidy the chassis up a bit with a dash of extra firmness, but beyond that, this is very happy days.

“Like I said about the other Tickord, it feels like how it should have come from the factory. On track it’s a great car to drive without being too stiff.

“One of the things you see with tuner cars is they go too stiff with the suspension and it actually doesn’t help.

“At Winton, you need the car to have some compliance, some roll and some pitch to be able to get the best out of it and this car certainly does that well.” 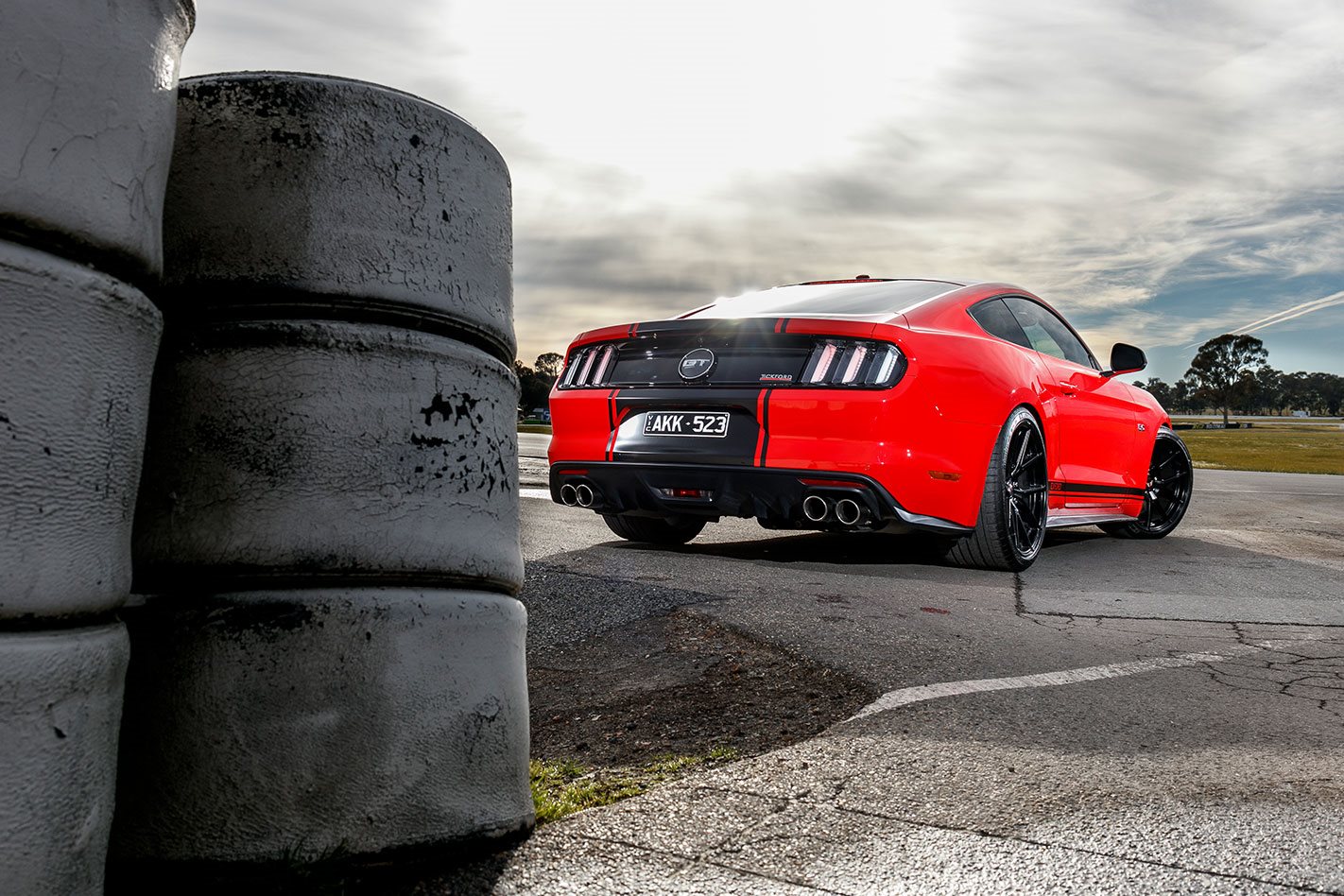 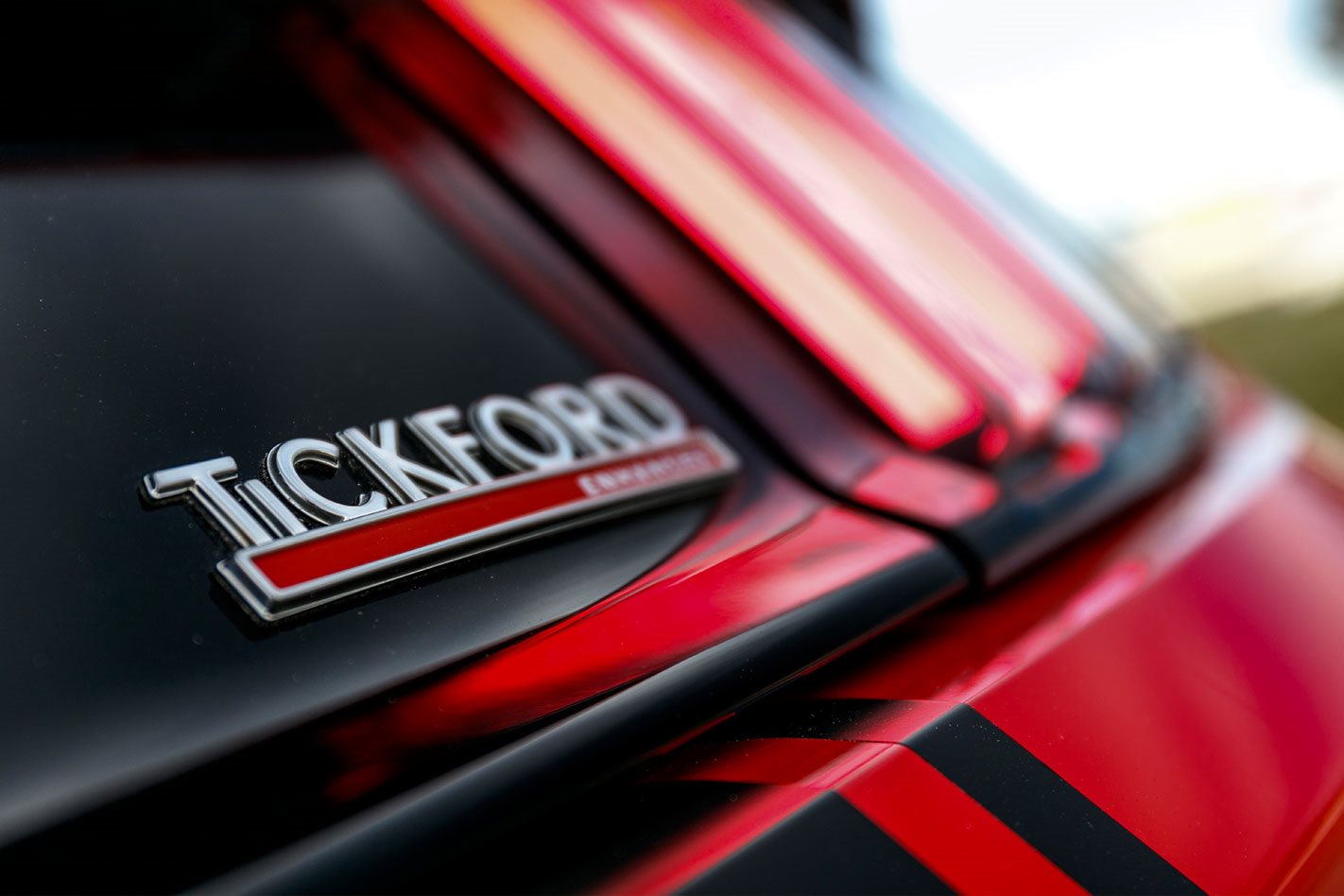