One of the most enjoyable and surprising discoveries from this Mustang Shootout was that each car had its own individual personality.

You might think that applying similar modifications to identical base cars would result in a fairly small character spread, but each car’s sound and driving experience reflected the subtle differences in each tuner’s approach.

This is the joy of the aftermarket, being able to tailor a car to what each individual buyer wants from his or her Mustang. After all, everyone’s tastes are different, but personally the evil-looking black Mustang from Harrop is right up my alley. 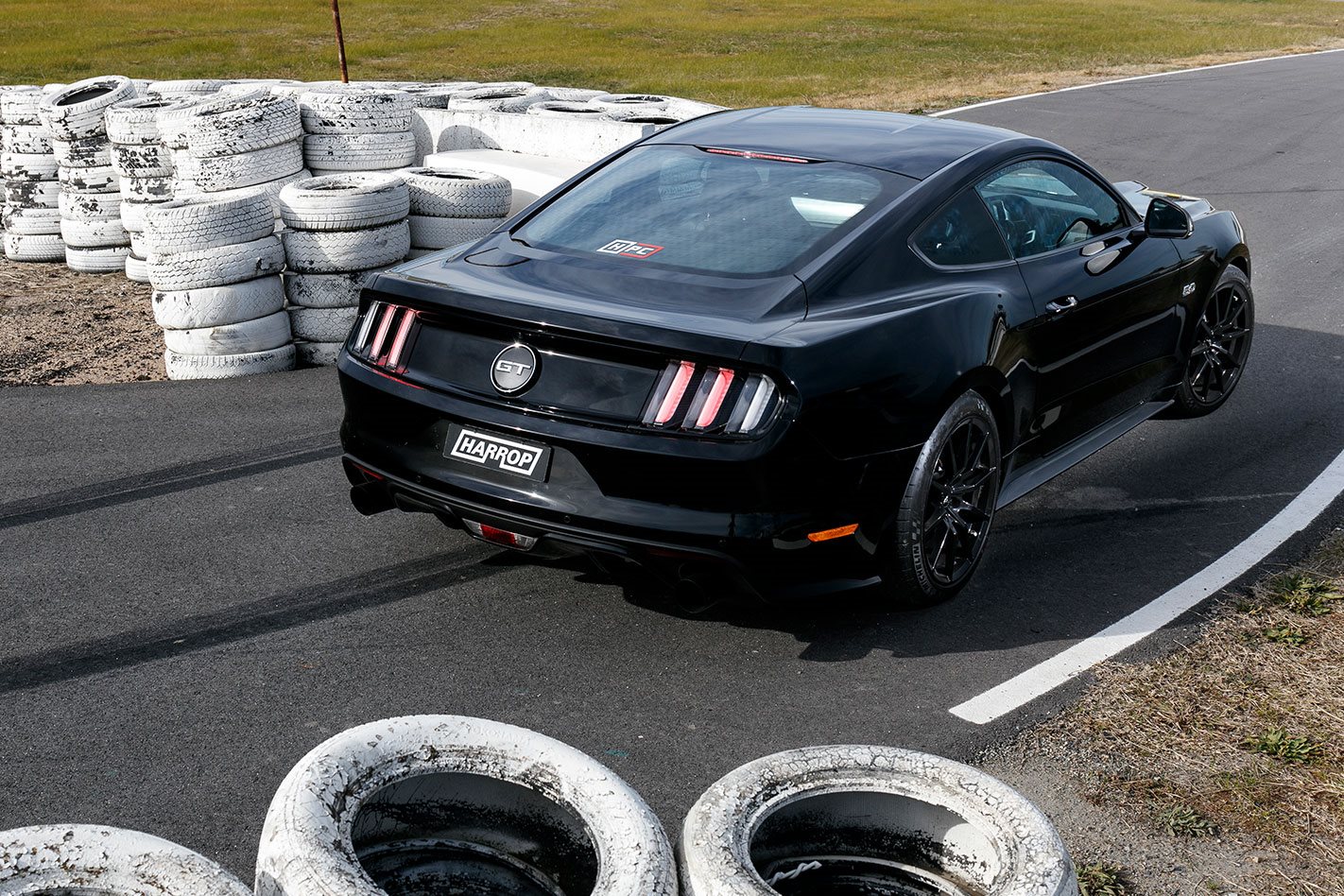 On the drag strip some cars bellowed and others screamed, but Harrop’s atmo beast had a crisp, sharp snarl that wouldn’t be out of place in something wearing Shelby badges.

“I think it’s often underestimated, but the acoustics make such a big difference to the perception of the driver,” says Harrop General Manager, Heath Moore. Basically, if it sounds fast, it feels fast. The difference in this instance is that Harrop’s Stage 2 Package IS fast.

Engine modifications are limited to a cold air intake and full bi-modal exhaust, lifting outputs to 370kW/583Nm, but it was the only naturally aspirated package present to dip into the 12s (12.95sec) with its stonking 187.76km/h trap speed a full 10km/h faster than standard. Its 2.6sec 80-120km/h time was the class of the atmo field, too. 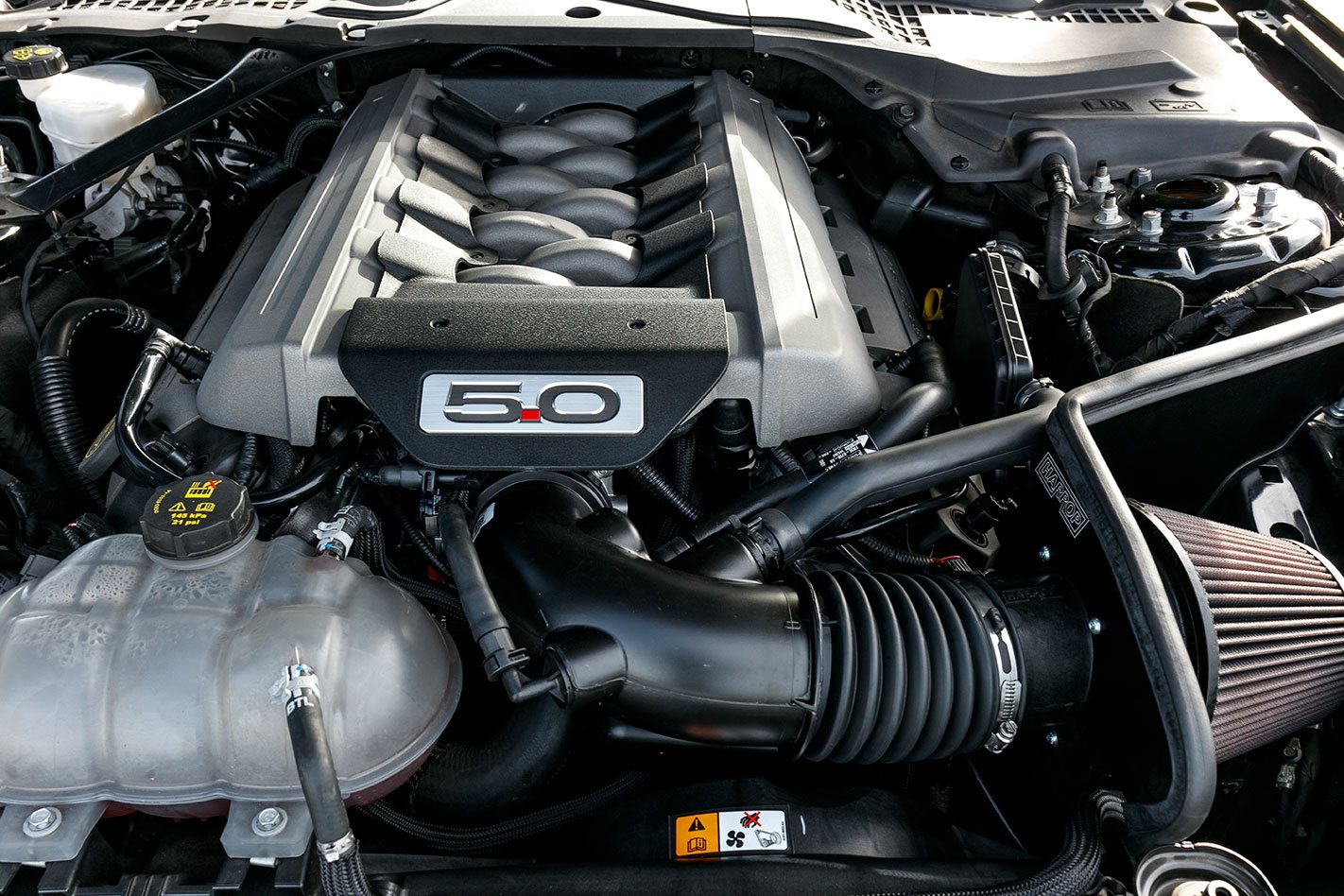 Being naturally aspirated the extra grunt isn’t immediately obvious behind the wheel. As Moore says “It’s not that hit in the back of the seat like you would get with a supercharged or boosted application,” but when fifth gear is needed well before Winton’s turn one you realise you’ve got a lot more urge on tap.

Harrop’s breathing mods have brought the Coyote to life; it feels much freer and revs to 7000rpm with enthusiasm where the standard engine can feel a bit laboured in its upper reaches. The gearbox in this 20,000km-old example is also lighter and less restrictive than the newer press cars we traditionally sample.

Harrop’s other modifications are limited to a set of Shockworks suspension and wider 19-inch wheels (10-inch front; 11-inch rear) wearing Michelin Pilot Super Sports measuring 275/35 front and 295/35 rear, a useful 20mm increase in tyre width over the standard Mustang at both ends. 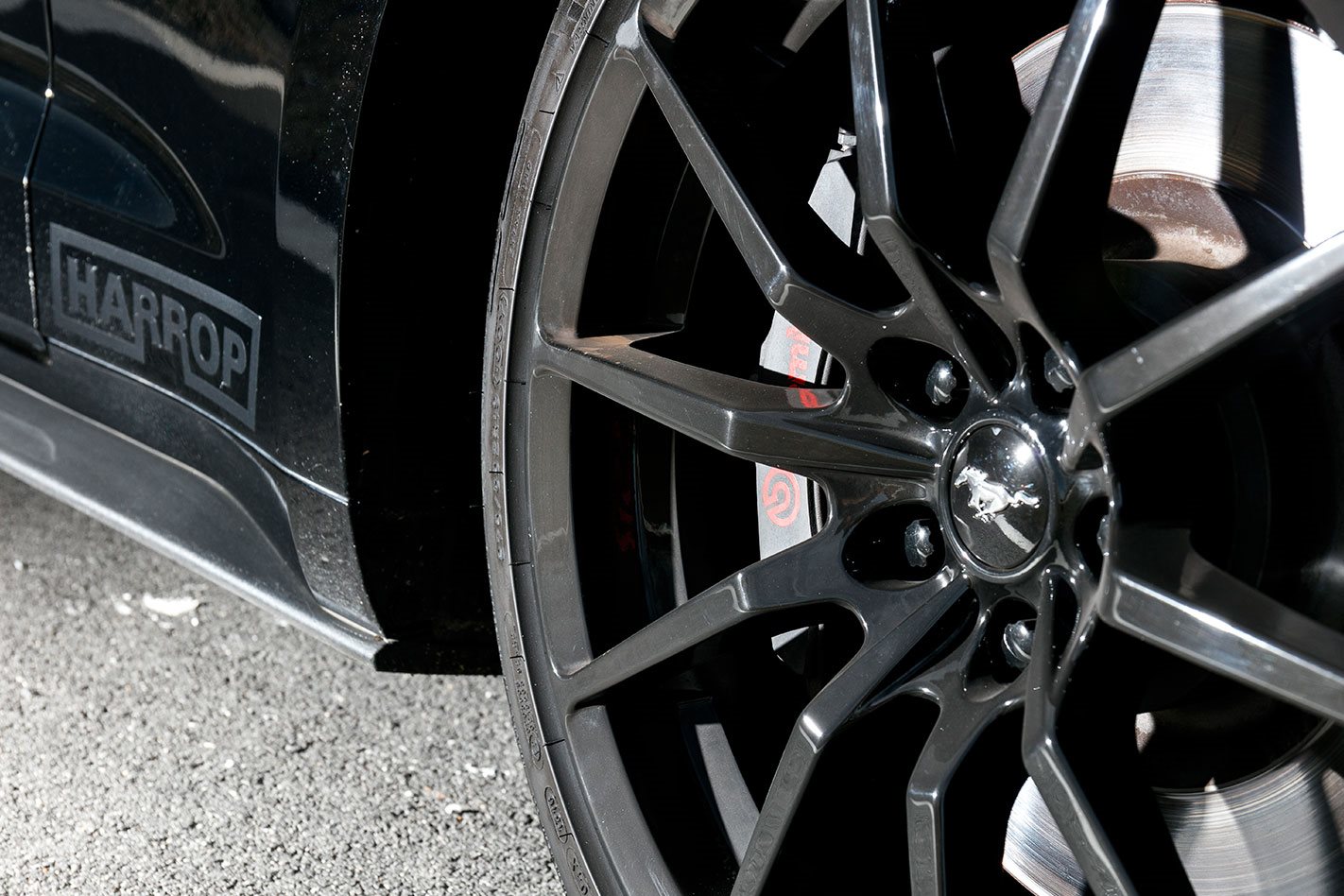 Harrop then took advantage of the Shockworks’ extra adjustability to dial in some extra front camber and adjust the toe in an effort to eliminate the standard car’s understeer and get it to rotate better.

It certainly worked, with Harrop’s car demonstrating much sharper steering response, but the tweaks are possibly a step too far for track work. Combine this sharper front end with the extra power and oversteer is easily induced.

Fun to a point, but slides occur quite suddenly and the Harrop car retains the standard car’s difficulties with regaining lateral traction once it’s lost. According to Shockworks principal Brett O’Brien the Mustang is quite sensitive to setup, but it must be said that Harrop’s car is primarily focused on road use rather than circuit laps. 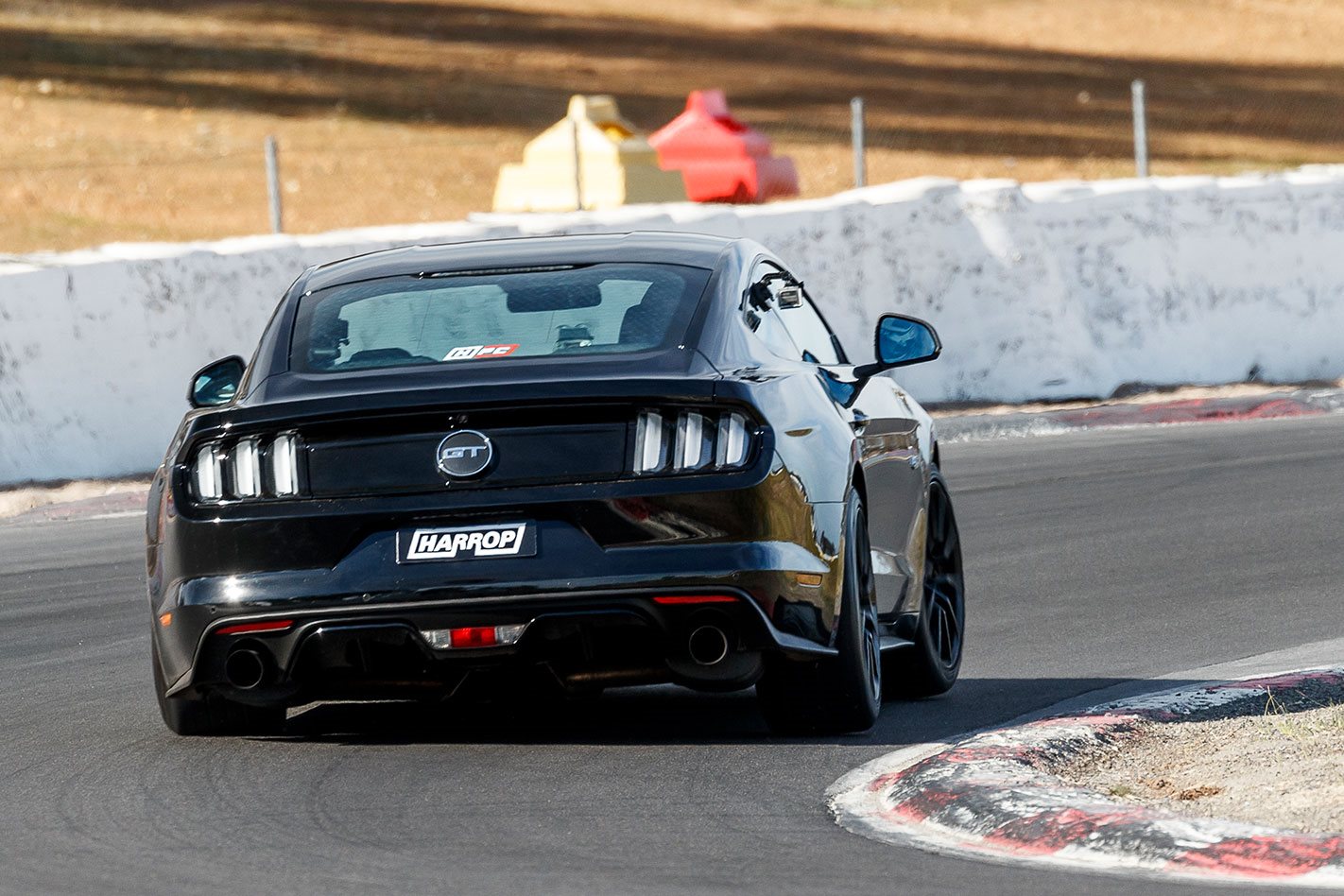 Its best lap time of 1:36.6 only shaved 0.5sec from the standard Mustang’s effort, but sadly the Harrop machine was denied an opportunity to improve when an oil starvation issue led the Coyote to howl its last on the second lap.

Smoke, flames, silence. “I think it’s oil surge that’s caused a bearing failure,” explains Moore. “I think there’s an issue with these motors in that the sump is inherently small and there’s no windage trays. The cars are okay to a point, but the oil strategy from the factory is not adequate for doing repeated laps.”

Unfortunate issue aside, there’s plenty to recommend turning the wick up on the standard atmo engine rather than going supercharged.

As addictive as a 500kW supercharged hit is, there’s a satisfaction to wringing out performance using every last rev, not to mention being able to use more of the performance more of the time.

“It has one of the best sounding exhaust systems here. It’s very reminiscent of a V8 M3.

“It’s had a flash tune and has a little more power than standard, but it’s really nice and linear through the rev range.

“Whatever they’ve done under the car (dynamically) has certainly made a big difference to the front end, but it still gets power down. It is a lot of fun to drive.” 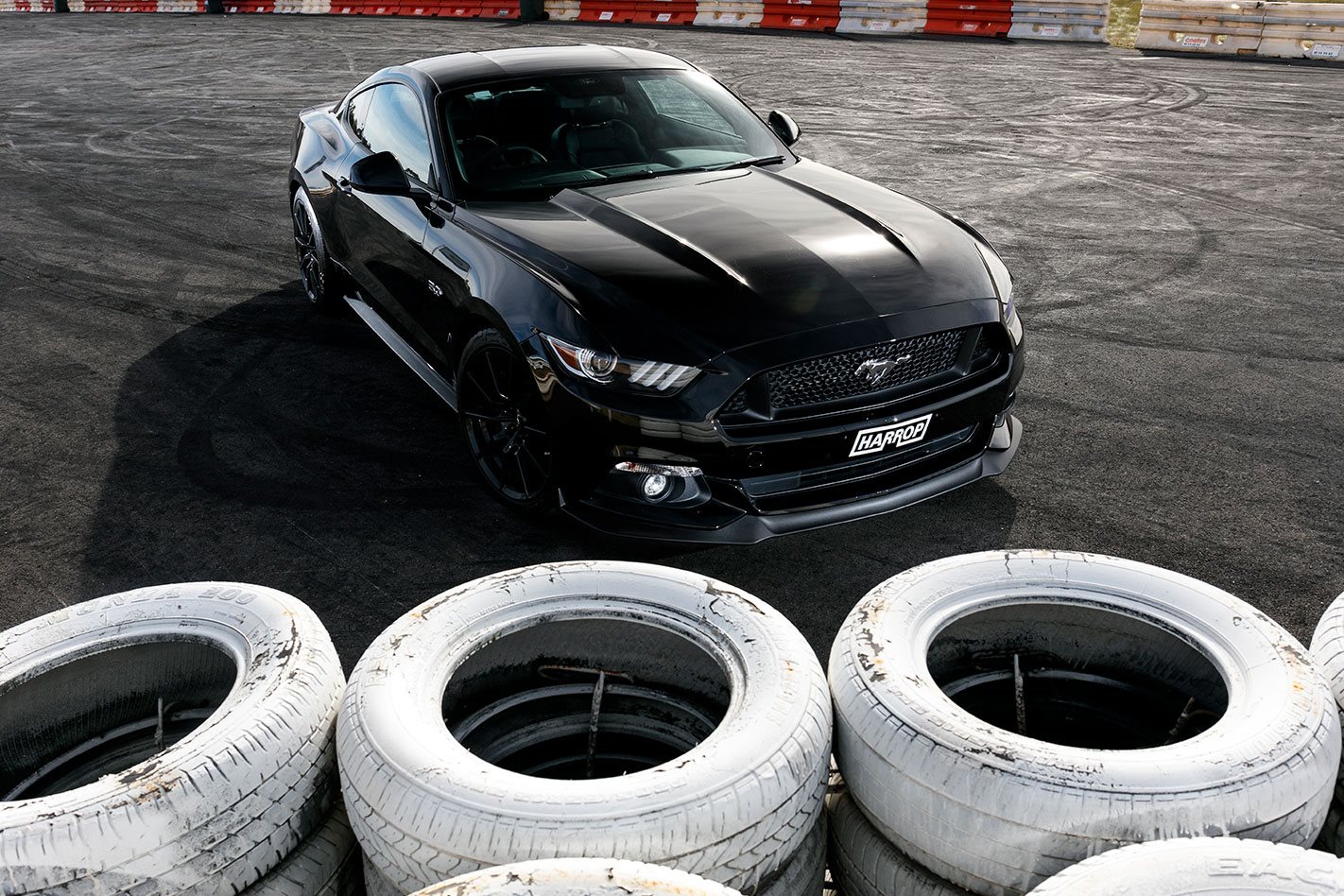 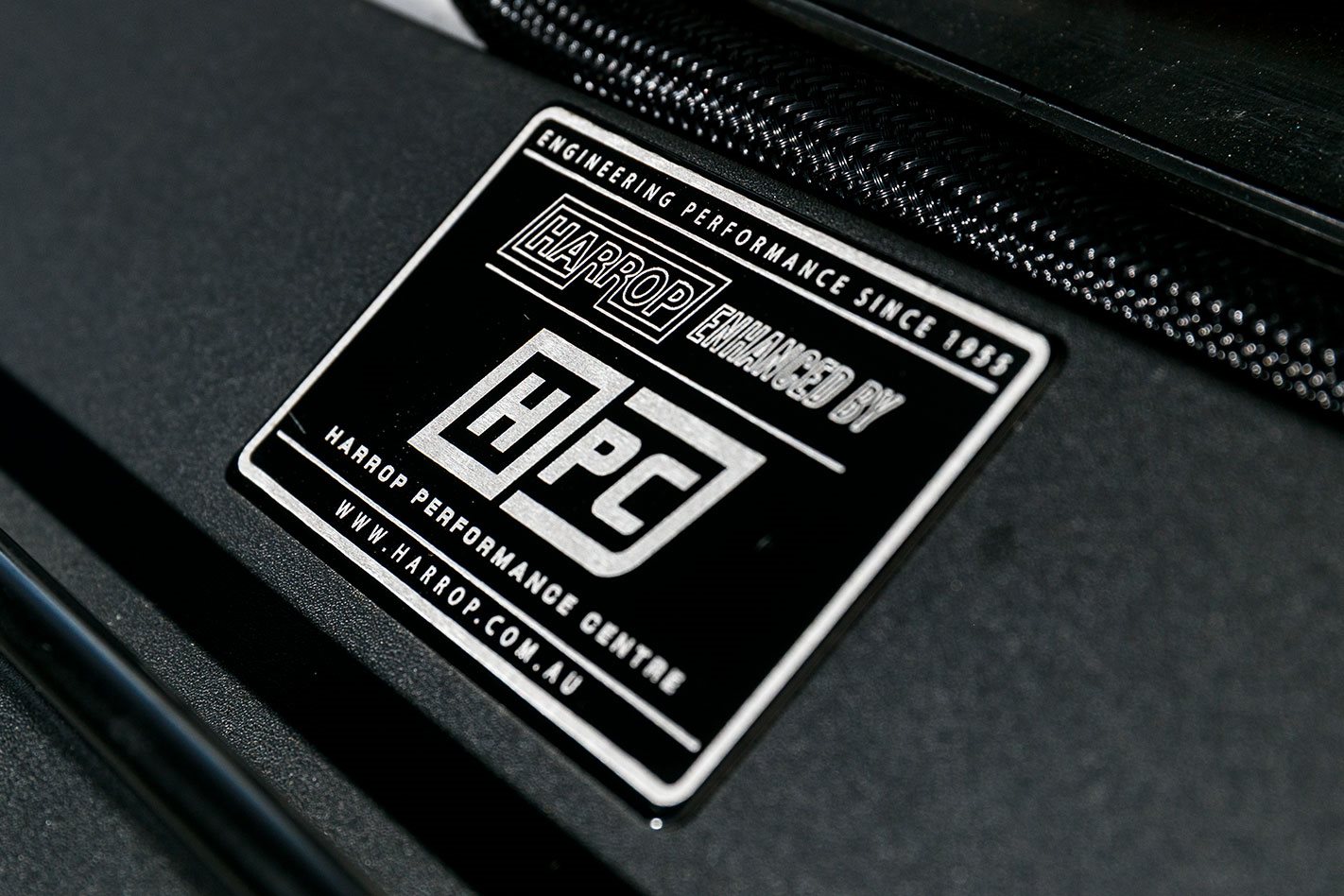