For a remote adventure that showcases the diversity of the desert, take a run down the Old Andado Track

Statistics tell us the Simpson Desert is the largest parallel sand dune desert in the world. Some of its dunes are the longest in the world, running continuously for almost 200km.

Despite its reputation as a Mecca for ambitious 4WD travellers, the Simpson is multifaceted.

Rated as our fourth-largest desert, it touches on two states and one territory with a range of features that go far beyond eternal sand dunes. On its fringes is a surprising array of environs, and in its northwest corner the Old Andado Track slices through some of the best landscapes.

Connecting Alice Springs (in the Northern Territory) with Mount Dare (just over the border in South Australia), the Old Andado Track is a remote adventure and travellers should be suitably prepared. The 430km track is diverse and the southern section is recommended for high-clearance 4WDs only. 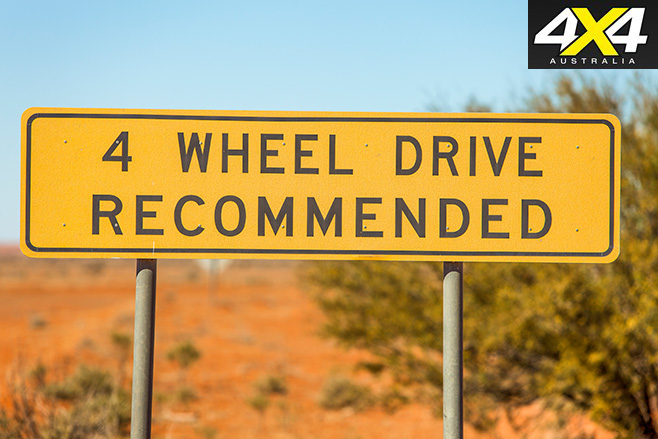 The Old Andado Track is part of a larger tourist route known as the Binns Track, and though signage for the Binns helps with navigation, travellers should also be equipped with the right maps.

Alice Springs is the departure point for southbound travellers and the last place for final checks and supplies. Access to the Old Andado Track is south of Alice, past the airport and toward the Santa Teresa community.

For the most part it’s an unsealed track; the 80km to Santa Teresa can be corrugated and rather dusty. Closer to Alice the terrain appears quite desolate, more so when covered with a patina of drifting dust from passing vehicles. 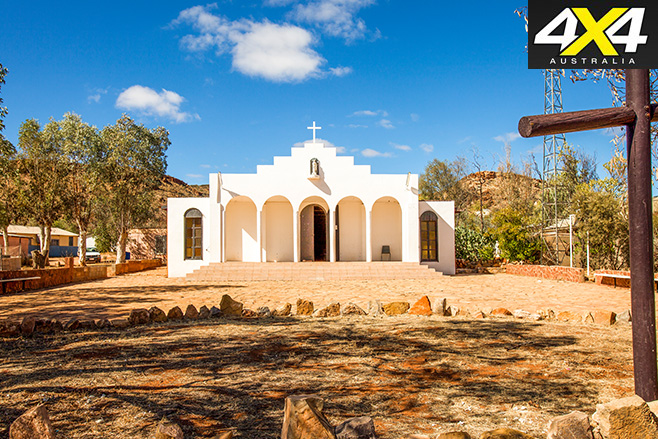 Santa Teresa can be seen from quite a distance, backed by the colours of beautiful ranges. There aren’t any specific tourist facilities here, though the Keringke Arts Centre is open at set times or by appointment – contact the art centre before arriving to visit the gallery.

There’s quite a network of tracks near Santa Teresa, but the main route south isn’t hard to follow. It’s well defined and carries a bit of traffic – mostly station workers and the occasional road train.

More old ranges can be seen in the distance, including parts of the Allambarinja Range and the Train Hills, which are rather grand and quite interesting. The track sections through this rocky country can be unforgiving, with wide-spaced corrugations big enough to rattle teeth. Even so, the northern part has its easy sections, where the track becomes wide and smooth. 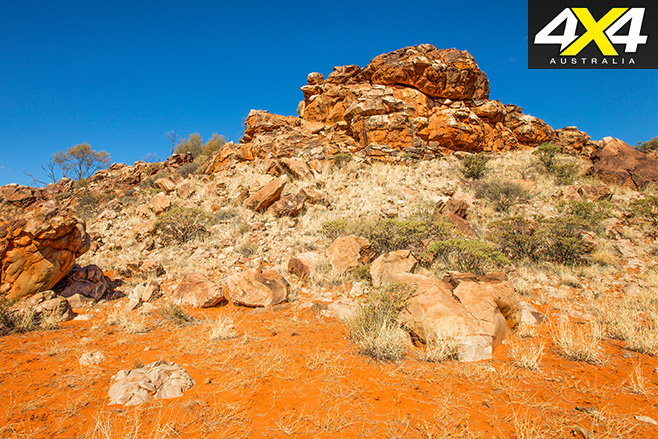 Beyond the Train Hills, small Simpson dunes hug the track in anticipation of the Rodinga Range. This range emerges as a wall of coloured rock that increases in magnitude with every kilometre. The track seems to disappear into the escarpment, but instead weaves around to cross the Rodinga Range via an easy – though rocky – pass.

The dunes in this fringe country aren’t huge and most hold a fair covering of vegetation. Even so, this is dry and thirsty country, with grasses and shrubs hiding seeds that are waiting for the next rain.

At times it’s hard to believe this is the Simpson Desert, especially as the track leaves the dunes behind to cross vast plains of seemingly endless gibbers. Landmarks can be few and far between, and it’s at places like this where a topographical map can add names to features.

These fringe areas of the desert are places of contrast. Numerous small claypans can be seen across the gibber plains, and in the distance to the east silhouettes of pinelike trees spike the horizon. Those trees – a rare desert species known as waddi or waddywood (Acacia Peuce) – are part of a grove that covers a relatively small area. 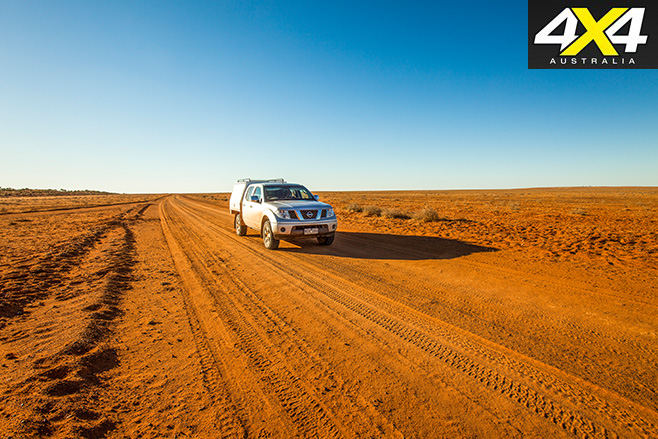 From the Old Andado Track there’s access to a protected area of waddis, and a rough track runs a handful of kilometres across blackened gibbers to the Mac Clark Conservation Reserve.

Camping isn’t allowed at the reserve, but visitors can explore the area of waddis – a tree which grows in only two other locations in the country.

From the reserve turn-off, the Old Andado Track leaves the gibbers to weave around small red dunes before arriving at Old Andado. Much has been written about this homestead, which sits between two handsome red Simpson dunes. There’s something quite special about discovering the story of Old Andado, its pioneering heritage and the people who are keeping its history alive for generations to come.

Molly Clark, Old Andado’s last permanent resident, sadly passed away years ago, but her grandchildren have taken up the responsibility of maintaining the living history of this station. However, for the most part, volunteer caretakers maintain this historic homestead. 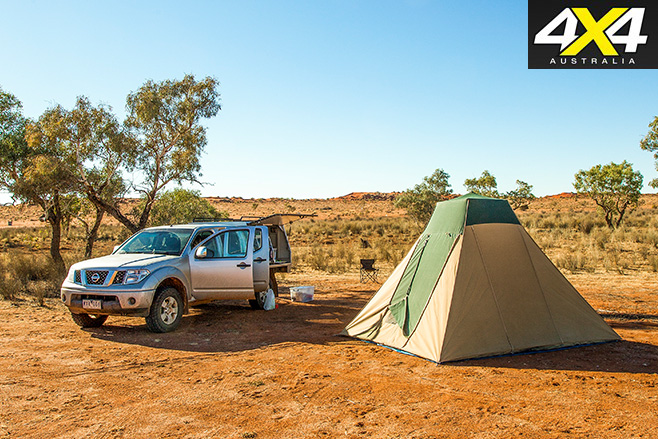 Old Andado is a good place to camp.

The campground is quite large, the amenities block is surprisingly modern, and a donkey heater provides hot water for the showers. A gold coin donation gives visitors access to the homestead, which retains much of its original décor and household items.

Caretakers are usually on-hand to personalise the history and stories with old-school hospitality, though just a wander around the buildings and associated paraphernalia is enough to capture the imagination. Many travellers have been so taken by Old Andado they’ve become volunteers themselves.

The good, wide track from the old homestead crosses a few large sand dunes and then passes near the location of modern Andado. From there, the Old Andado Track is signposted as ‘4WD recommended’ and for good reason – it’s a mixture of new track, eroded track, corrugations, sand, rocks and bulldust. The hills and ranges in these parts are much more subdued, as are the sand dunes, which are more like hills than impressive mounds. 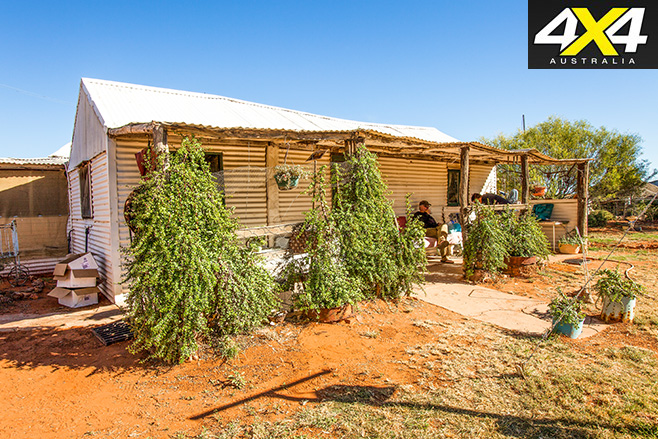 The countryside is very different in this southern section of the Old Andado Track, especially as travellers approach the northern reach of Mayfield Swamp. Heralded by eucalypt branches peeking above the sand hills, Mayfield can be a sea of verdancy after rains, and a place where cattle congregate.

Whatever the season, the forest of eucalypts is an oddity that once again makes it hard to believe this is the edge of the Simpson Desert.

Mayfield Swamp leads to a crossing of the Finke River, a usually dry watercourse that runs to an end in the sands of the Simpson. 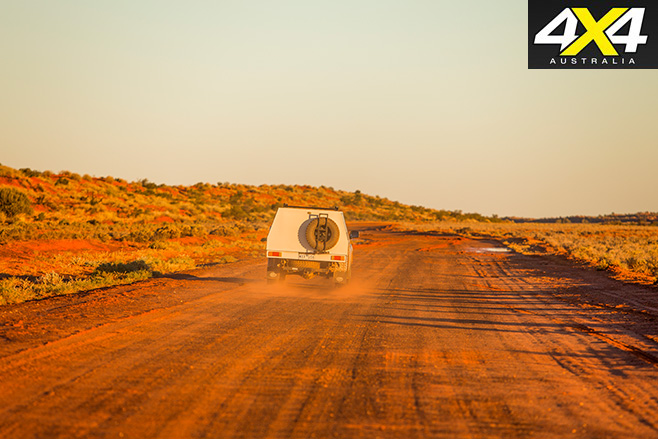 However, it’s the flood-out of the Finke – not the crossing – that can give travellers some grief. Some sections overflow with the finest of fine bulldust – deep enough for a vehicle to belly-out – and though the track’s rough and corrugated, it’s still a fascinating run.

As the Old Andado Track crosses the NT/SA border, the Finke River pushes away into the desert. The few remaining bulldust patches can be both a challenge and a test for dustsealing on trailers and the like. From the border it’s about 14km to Mount Dare, with the Old Andado taking a circuitous route over gibbers and inevitable corrugations.

Mount Dare operated for many years as a cattle station, but it’s now known for the hospitality offered to travellers.

After a run down Old Andado Track, Mount Dare is a welcoming place that offers a spacious campground, meals, drinks, fuel, mechanical services and more. It’s also a good place to reflect on the diversity of the Simpson; and maybe stepping off further east to cross it. 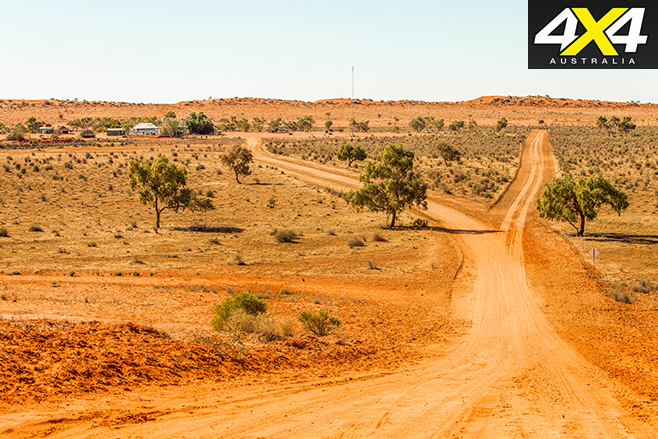 The majority of the Old Andado Track is unsealed and can be closed after rain – check road conditions at Northern Territory Government information and services.

This is a remote-area experience and travellers should be self-sufficient with everything from water to communications – there’s no mobile network coverage.

Camping at Old Andado is $10 per adult per night; showers and homestead tour costs a gold coin donation. A few ATCO rooms are also available but there are no other facilities at Old Andado.

Camping and cabin accommodation is available at Mount Dare, as are fuel, meals and some groceries. 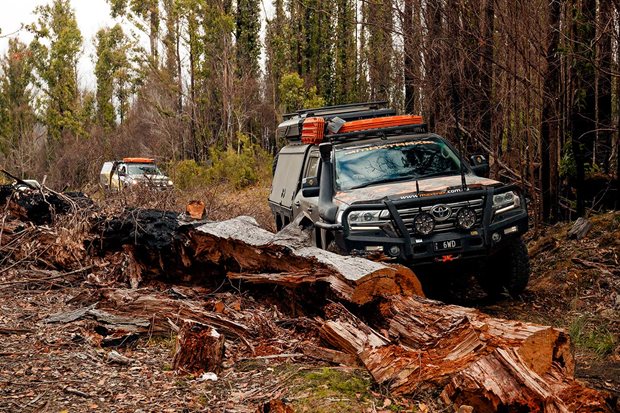 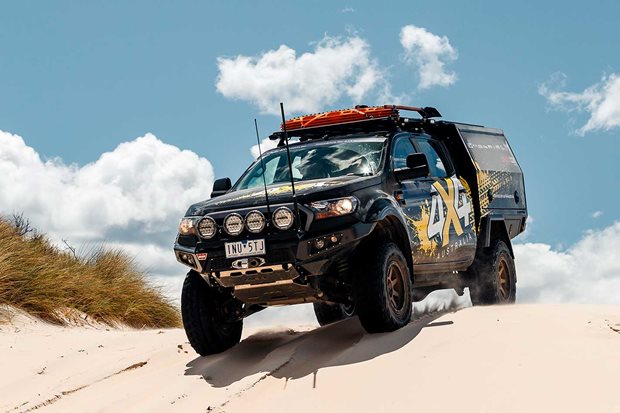 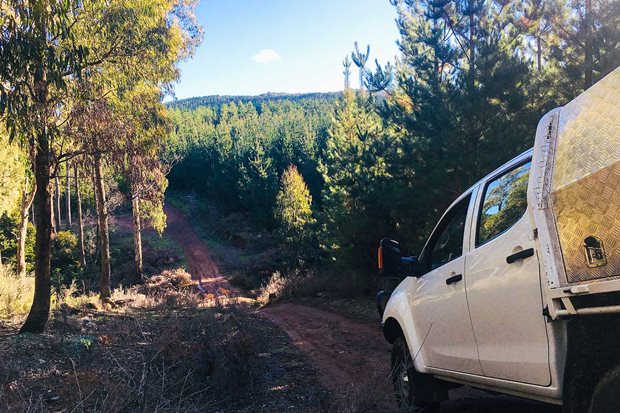