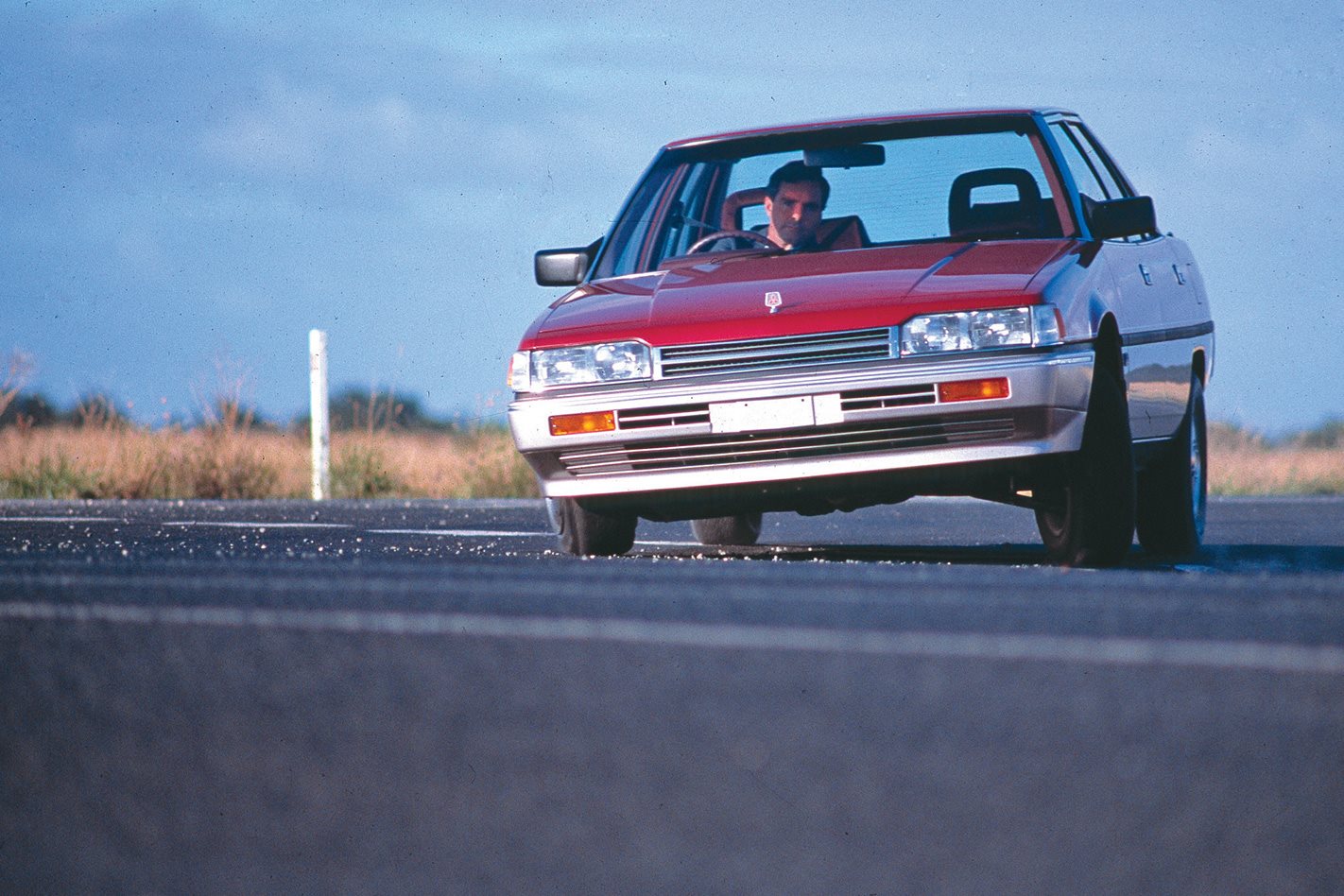 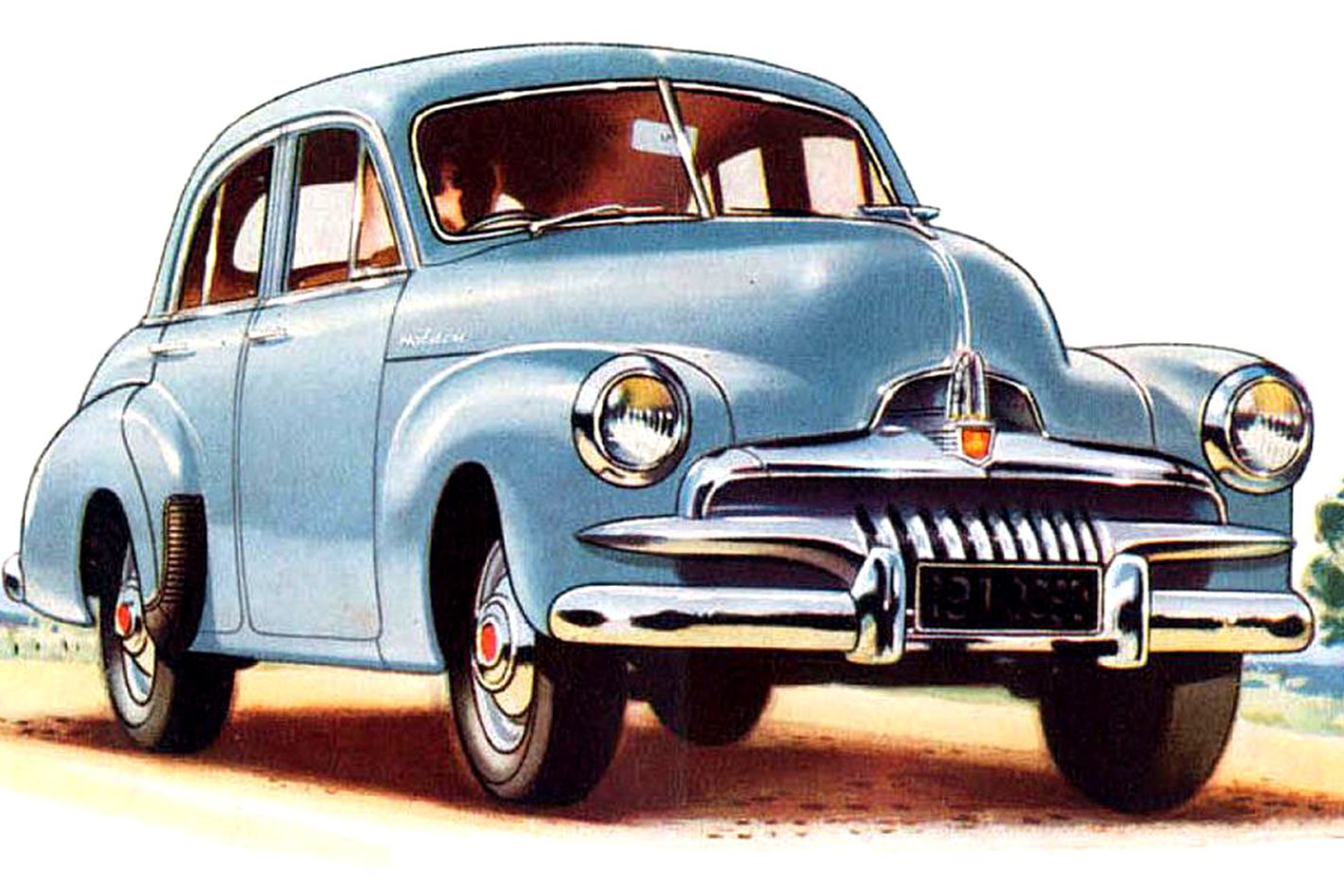 Beyond its affectionately ‘hunch-backed’ form, the FJ Holden (and its 48-215 predecessor) possesses something far more significant. With its gloriously extravagant chrome grille and freshly minted ‘Special’ variant, the FJ went on to influence Aussie culture way beyond the end of production in 1956. There were bands – Ol’ 55, fronted by Frankie J Holden (not his real name, would you believe) – and even a film called The FJ Holden (1977), delivering a bleak depiction of western Sydney’s cultural landscape as lead character Kevin seems to care only about his battered old FJ (and beer). And its star would shine again 50 years later as Efijy (2005), Holden’s breathtaking concept-car homage to the iconic FJ. 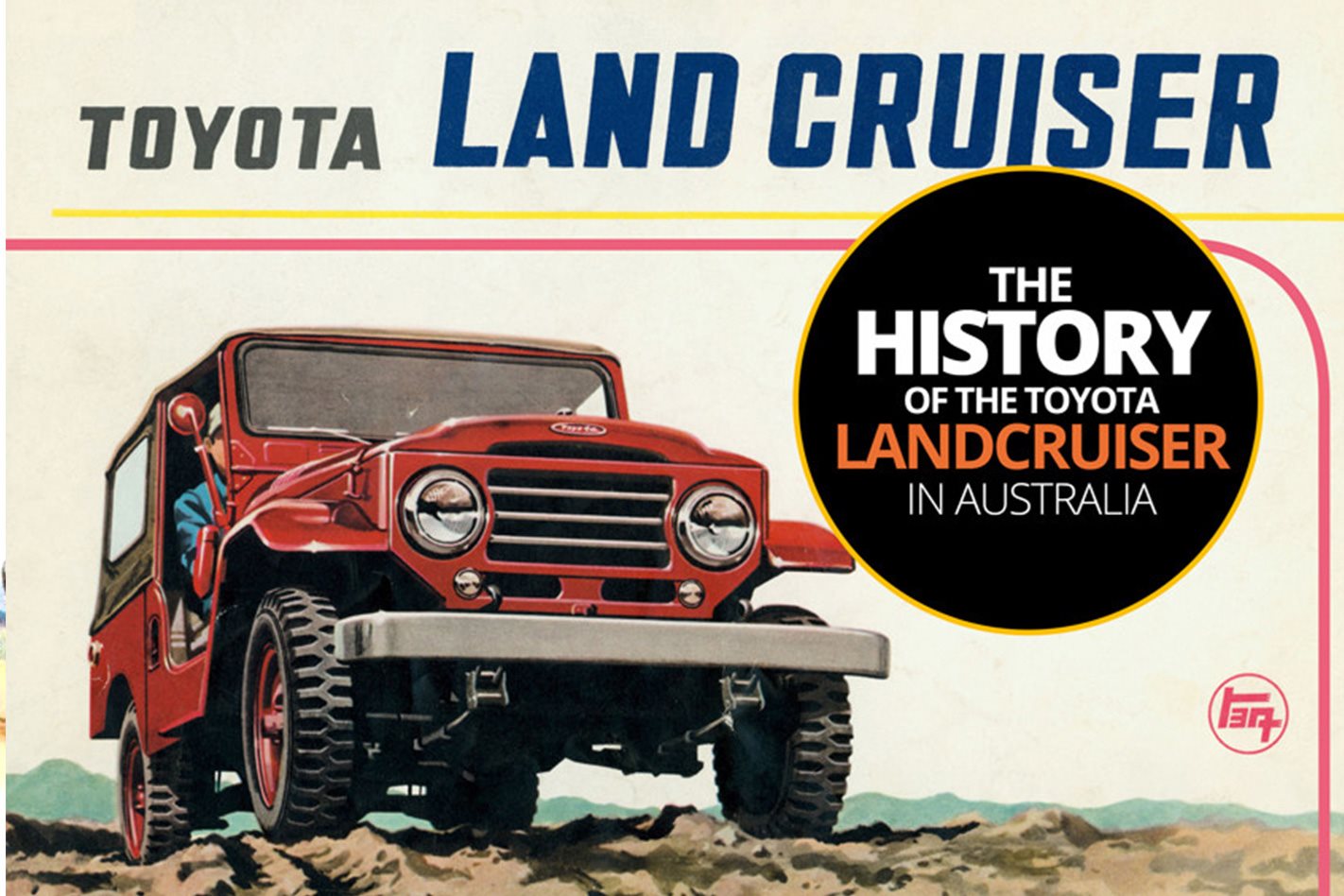 In the same year Holden dominated Australian passenger-car sales with more than 50 percent of the market, Toyota stepped quietly onto Aussie soil with the LandCruiser. Just 13 landed in 1958 – privately imported by Sir Leslie Thiess to assist with the Snowy Mountains Hydro Electric Scheme – but it didn’t take the LandCruiser long to find favour in mining and farming communities. Tough, handsome and unfailingly reliable, it was almost Chesty Bonds on wheels, with all four doing the driving. The LandCruiser family expanded in 1967 to include the FJ55V wagon – our first breakthrough ‘SUV’ – and half a century later, as total ’Cruiser sales in this country ticked over 700,000 (10 percent of total global volume), no one could doubt the significance of the Toyota 4WD’s impact. We’ve bought more LandCruisers than any nation on earth, a fact supported by the scores of grey nomads currently scouring the country in one, earning it virtual Aussie citizenship. 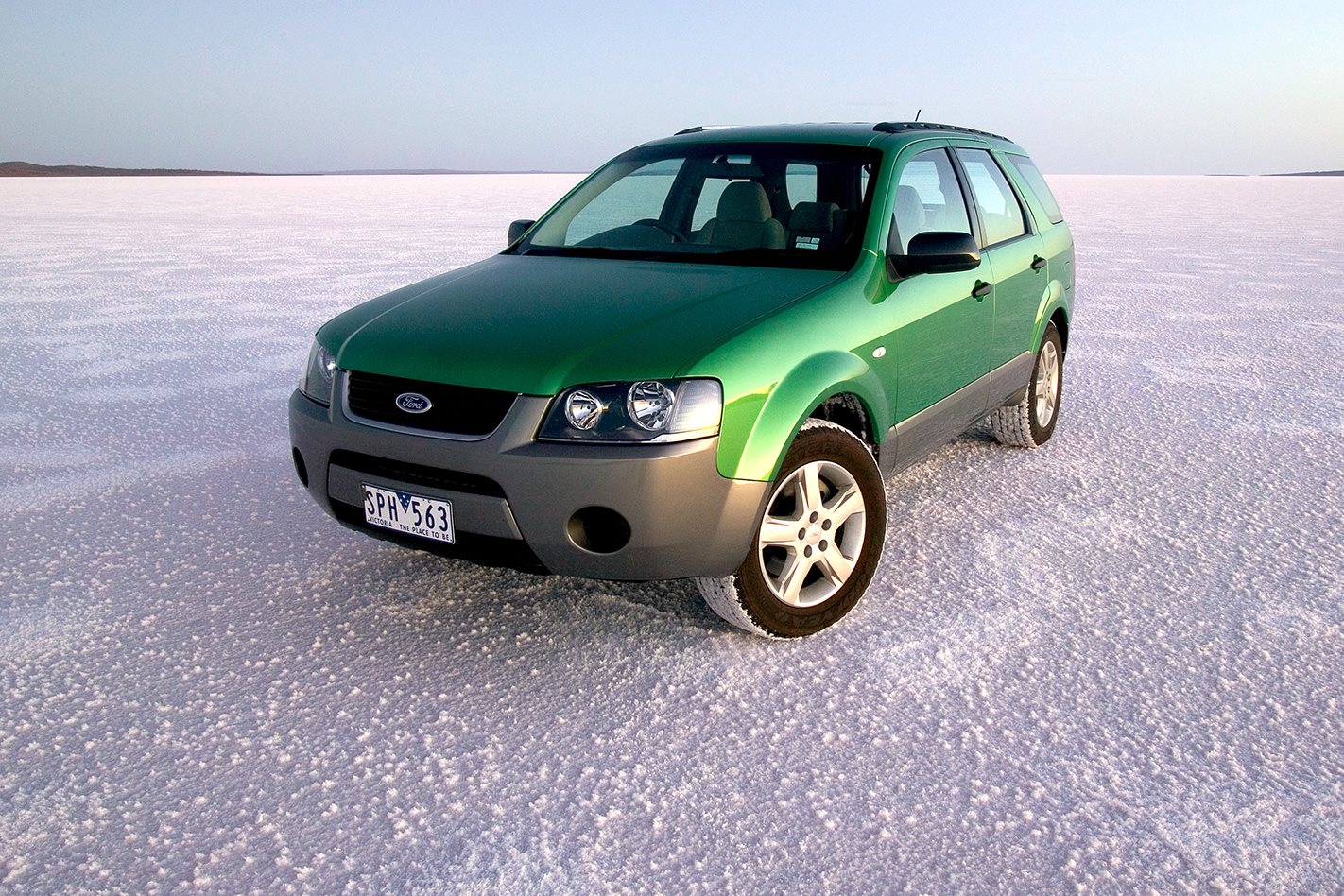 Ford Australia struck a winner with the Territory in 2004. A handsome monocoque design standing tall among a sea of lumbering separate-chassis rivals, it prefigured an era when available two-wheel drive and the lack of any real off-roading credentials played no determining factor in an SUV’s success, or lack thereof. As a design, it was bang up to date – superb seat comfort (providing you weren’t dumped on the bones of your bum in the third-row), excellent steering response, supple ride comfort, and brilliant vision. Twelve years later, it was still a handsome thing, finally available with a (sluggish) diesel engine option in lieu of Ford’s spritely, if thirsty, petrol six, and still able to house a bottle of wine lying flat in a bespoke receptacle next to the front passenger. Sooo Melbourne, darling. 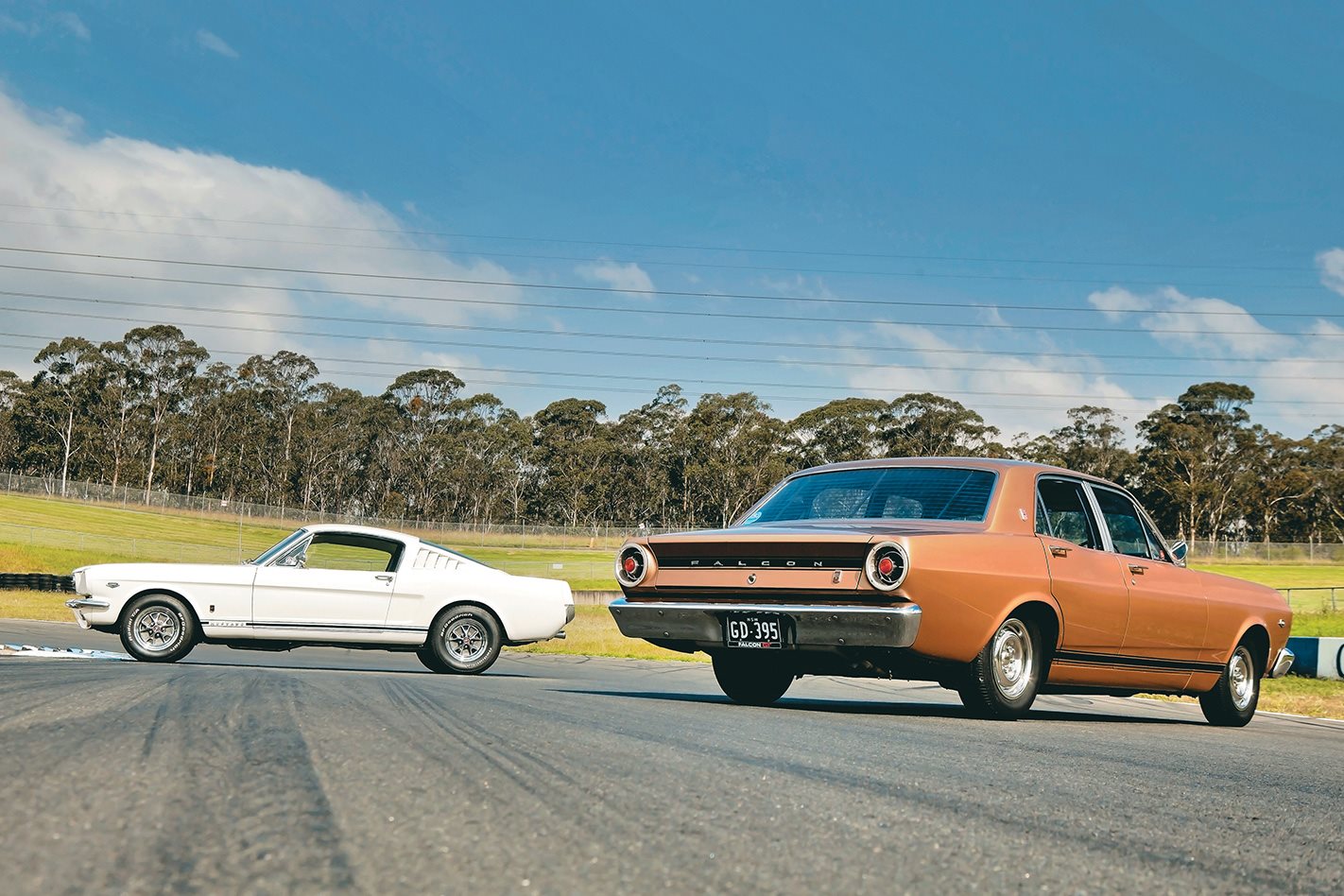 It wasn’t our first performance V8, and it wasn’t even our first V8 Falcon – that honour going to the COTY-winning XR range of 1966 – but the introduction of a GT version sparked a four-door muscle-car, er, ‘phase’ that would feed Aussie petrolheads for more than 50 years. Looking back on it now, a 16.4sec standing quarter is slower than a bunch of small automatic hatchbacks in 2018, but the Falcon GT’s crisp response, planted feel and long, lusty legs were the stuff of dreams in 1967. The almost overnight transformation from three-on-the-tree column gearshifts (with no synchro’ on first), bench seats and unassisted drum brakes to a bent-eight muscle sedan with broad buckets, taut suspension, power front discs and the same sports steering wheel as a Mustang must’ve been like waking up to a whole new world. Or bumping into Elvis in a lift. And the XR GT’s spirit would live on right to the close of Aussie production – the Falcon XR8 Sprint, Commodore SS-V Redline and HSV GTS-R W1. 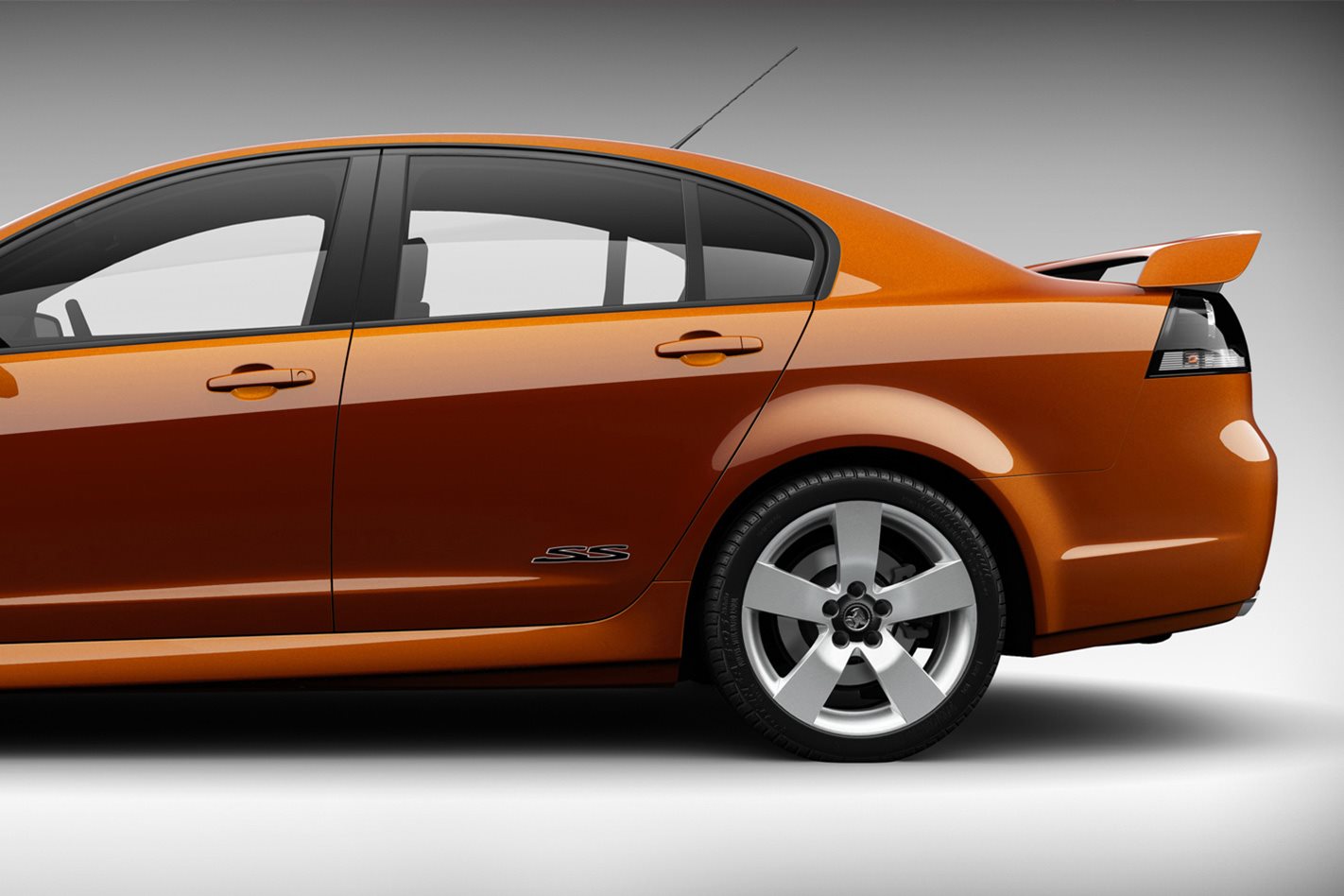 With 440,748 built across a seven-year period, five of those as our number-one seller, the VE has shaped our automotive landscape in the best possible way – with beauty. Even today, its exquisitely proportioned and expertly crafted form provides dashing relief among the hordes of appliances with which it shares road space – even when dumped on its guts with two drainpipes poking out its back end. As the pinnacle of Australian automotive expertise, it will forever stand tall and proud. And if enthusiasts continue to view it that way, we’ll keep seeing the VE (and its facelifted VF successor) on our roads, in all guises, well into an increasingly electrified future. 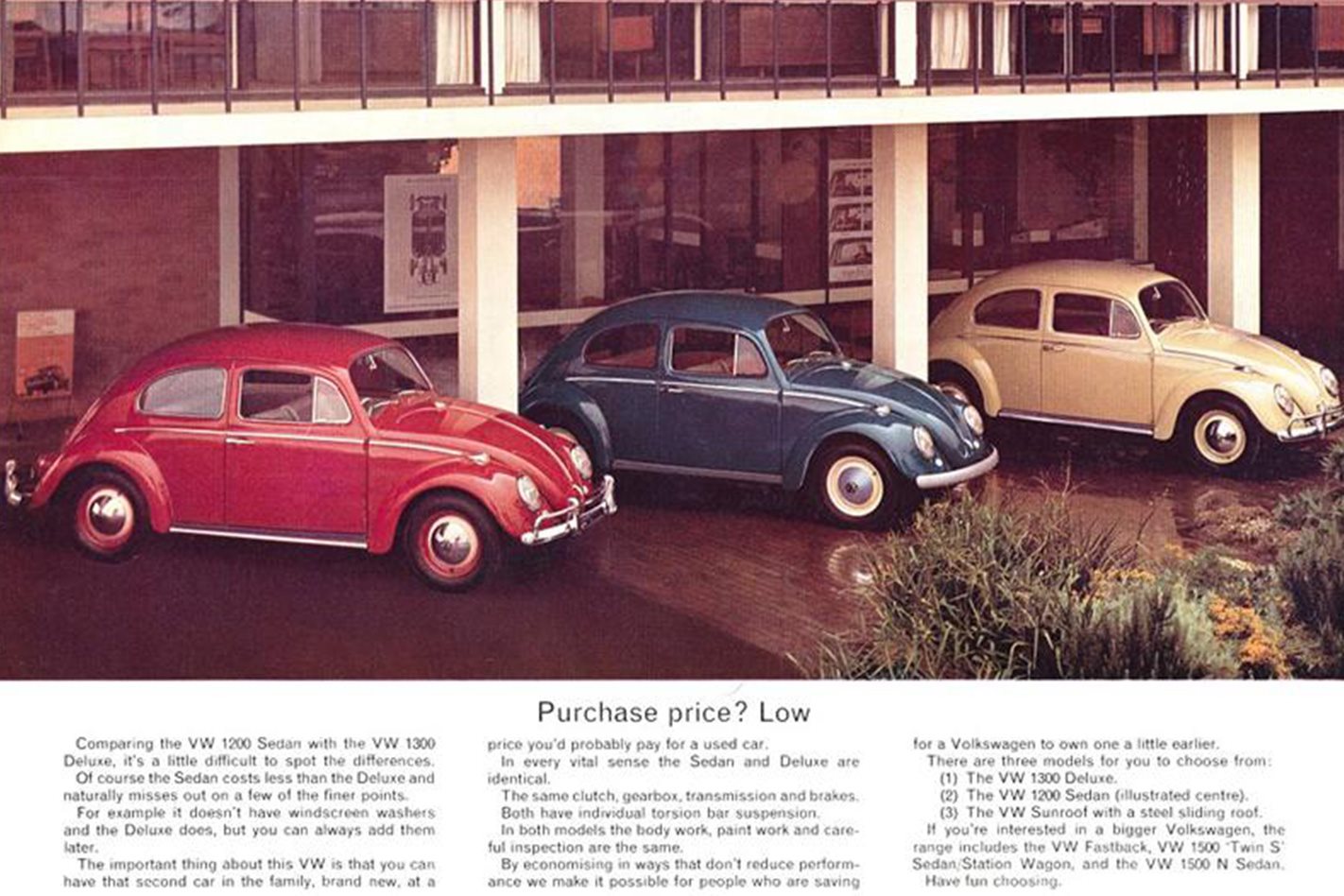 In post-war Australia, an easy-riding, affordable and virtually unbreakable small car was always going to earn a following – especially one that failed to ‘boil’ at the slightest hint of hot weather or hard work. And so it proved for the cute-as-a-button Volkswagen Beetle. Debuting here the same year as this very magazine (1953), the Beetle’s sales trajectory was rapid, and its prevalence on Australian roads both wide-ranging and long-lasting. By 1960, it was our second biggest seller (behind the FB Holden), achieving a sales figure (24,388) that would make the Golf proud today, and by the mid-’60s, 95 percent of it was manufactured here. Yet the Beetle’s eventual demise in 1976 failed to remove its trademark domed roofline from our streetscape. Right up to the late-’90s, you could still
see Beetles scurrying among the daily commute. 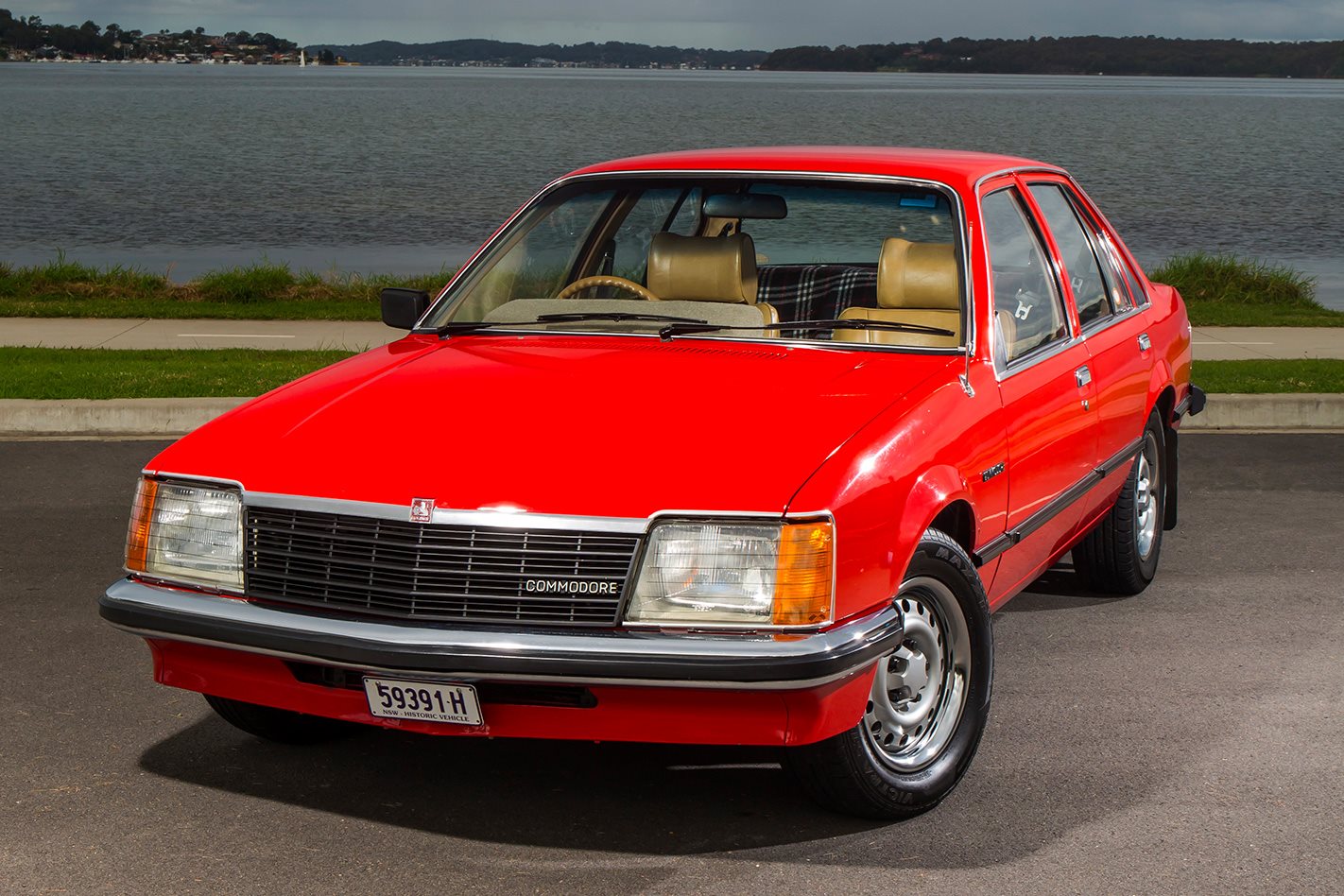 “It’s a Holden!” cried the advertising tagline, drumming home to people that the beautifully proportioned, European-flavoured VB Commodore was in fact “a Holden”, even though it was a virtual dead-ringer for Opel’s own 1978 Commodore. The difference, of course, was that ours had undergone exhaustive Outback development, strengthening its structure far beyond that of its German cousin, and you could have a V8 in one. Crucially, it’s that last point that helped Holden build the Commodore nameplate into what it is today. Or what it was when local production ceased last October… 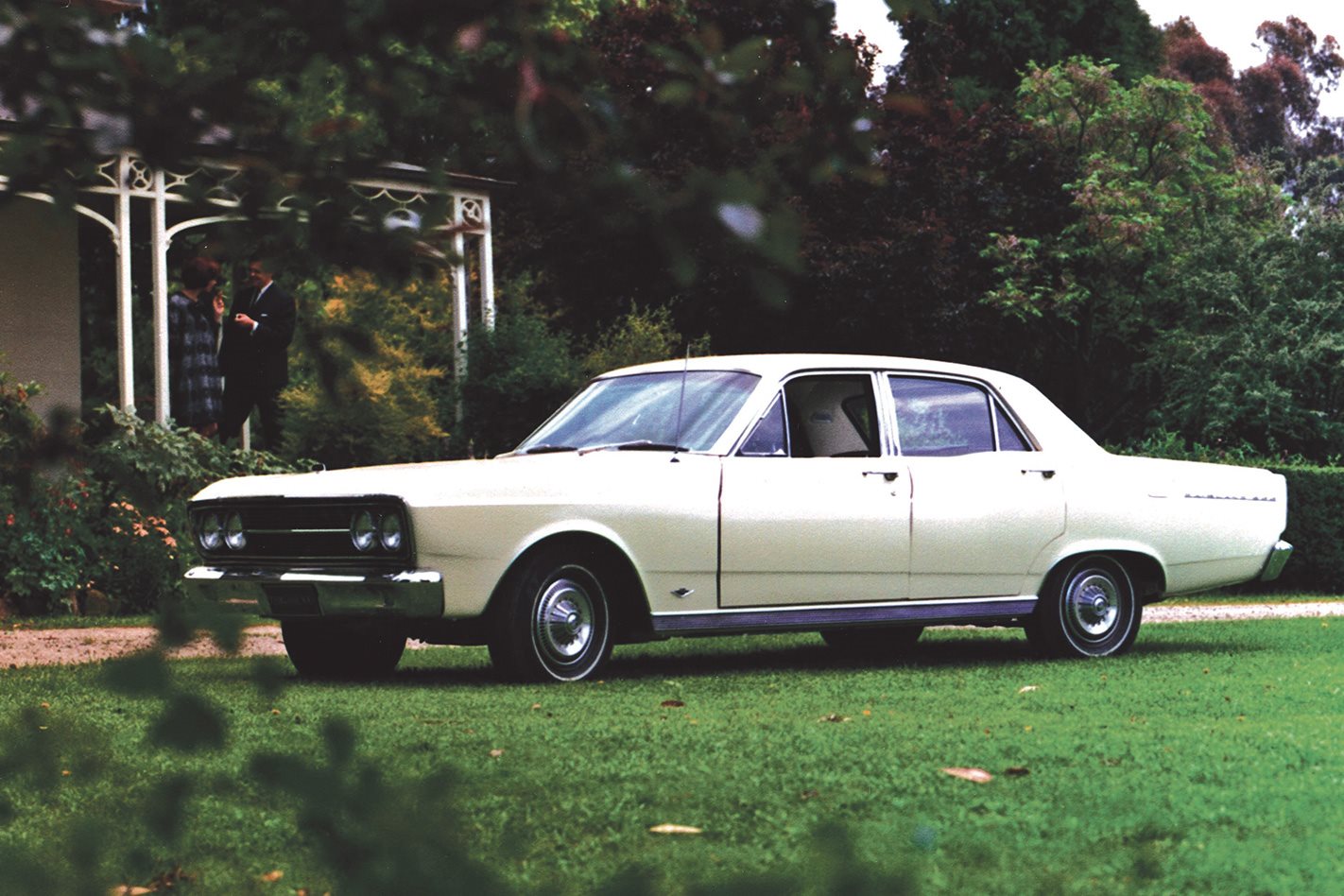 We’d seen Fairlanes before the locally developed ZA model debuted in February ’67 (namely the ‘Tank’ Fairlane of 1959-’62 and the 1962-’65 ‘Compact’ Fairlane – both US models assembled here) but the realisation of an affordable long-wheelbase ‘luxury’ sedan suddenly sprouted wings with the first ‘Aussie’ Fairlane. The ZA (and its ’68 ZB successor) was an overnight sensation, selling almost 20,000 in less than two years while becoming the blueprint for domestic luxury for the next four decades. And it spawned a bunch of domestic rivals, though none ever achieved the LWB Ford’s huge popularity. Thing is, our first-generation Fairlane was pure Americana. It may have been manufactured here but only the instruments, front guards, grille and headlights came from Broadmeadows. 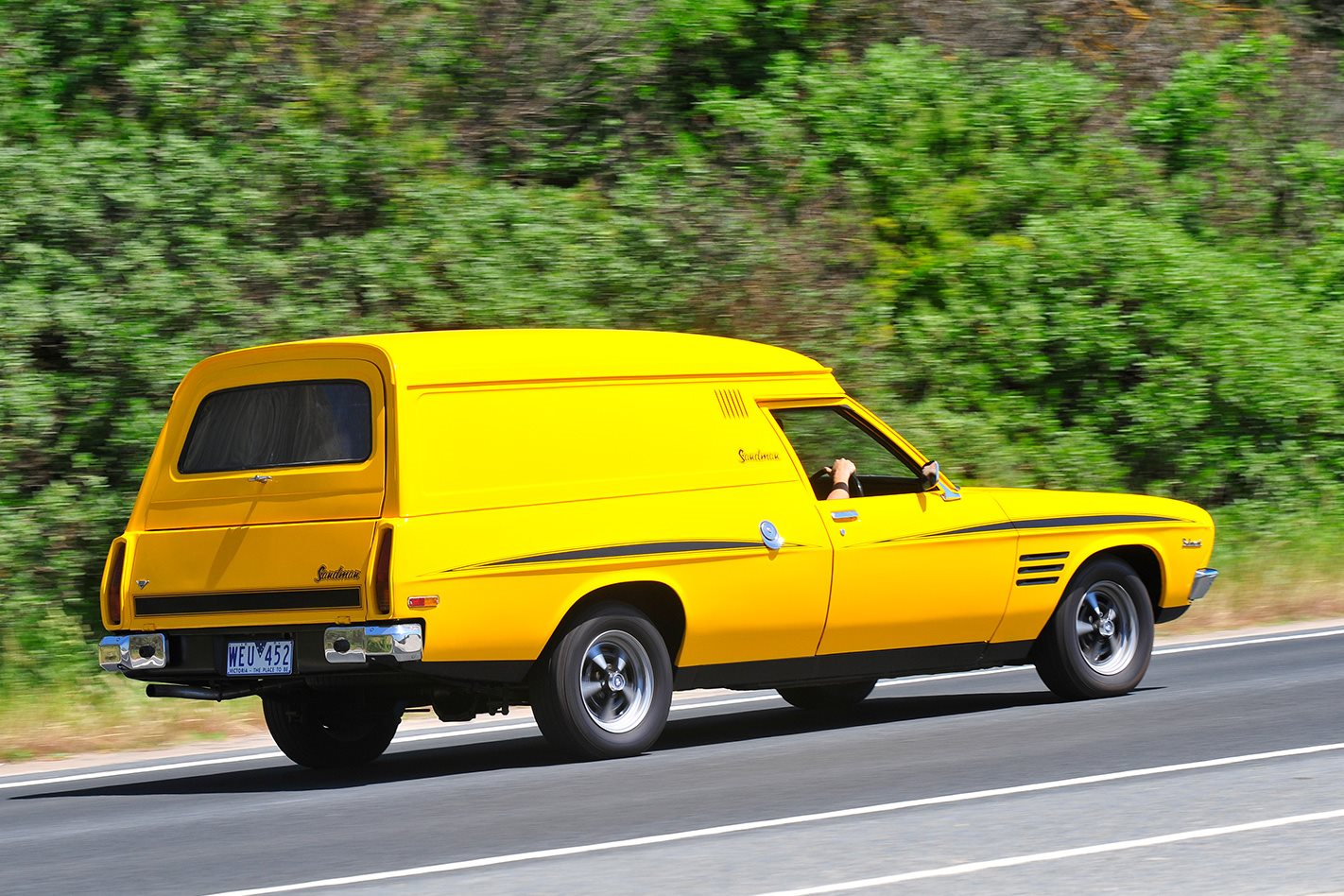 “And he’s got a panel van”, boasts one surfie scrag to another in Bruce Beresford’s Puberty Blues (1981), like it was the ’70s teenage equivalent of an apartment in Paris. But when you were still living under your parents’ roof, a mobile shaggin’ wagon was better than any Parisian pad. And none more so than the original Sandman, a special edition that first surfaced late in the HQ’s life (’74) and quickly came to symbolise the sand, sun, surf and sex-filled youth culture of 1970s Australia. Wearing loud colours, lairy decals, and quite often air-brushed murals and bubble-tint rear side windows, the craze spawned Van Wheels magazine, which morphed to become our sister title Street Machine. 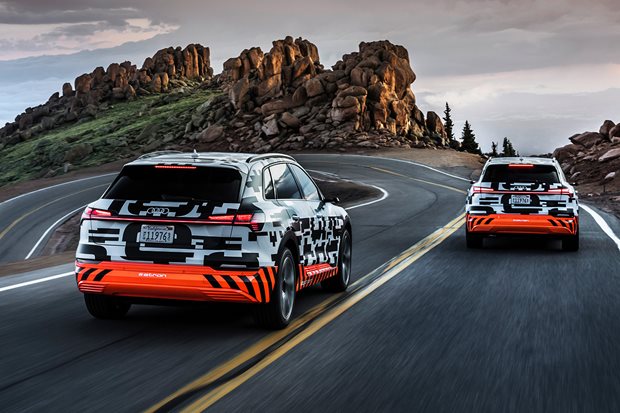 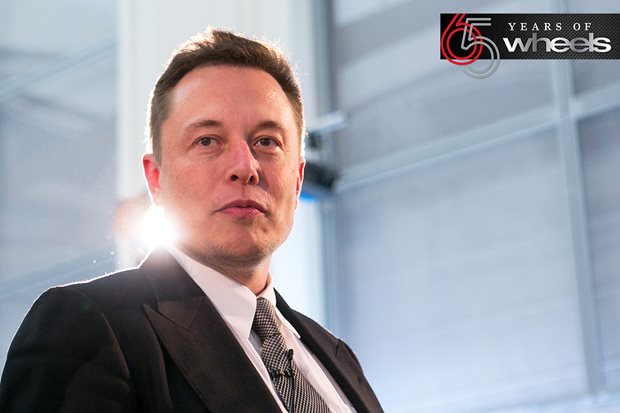 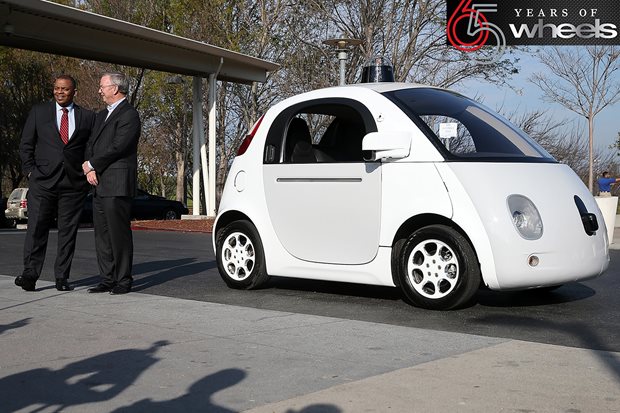 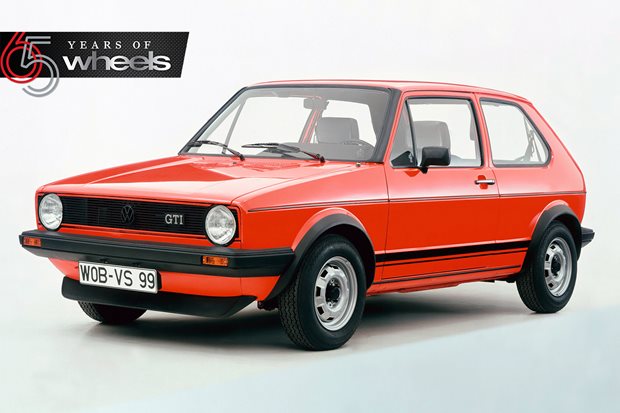