Ever played hide and seek? Sure you have. That’s when somebody counts to 100 and then spends the next 20 minutes finding everybody else. 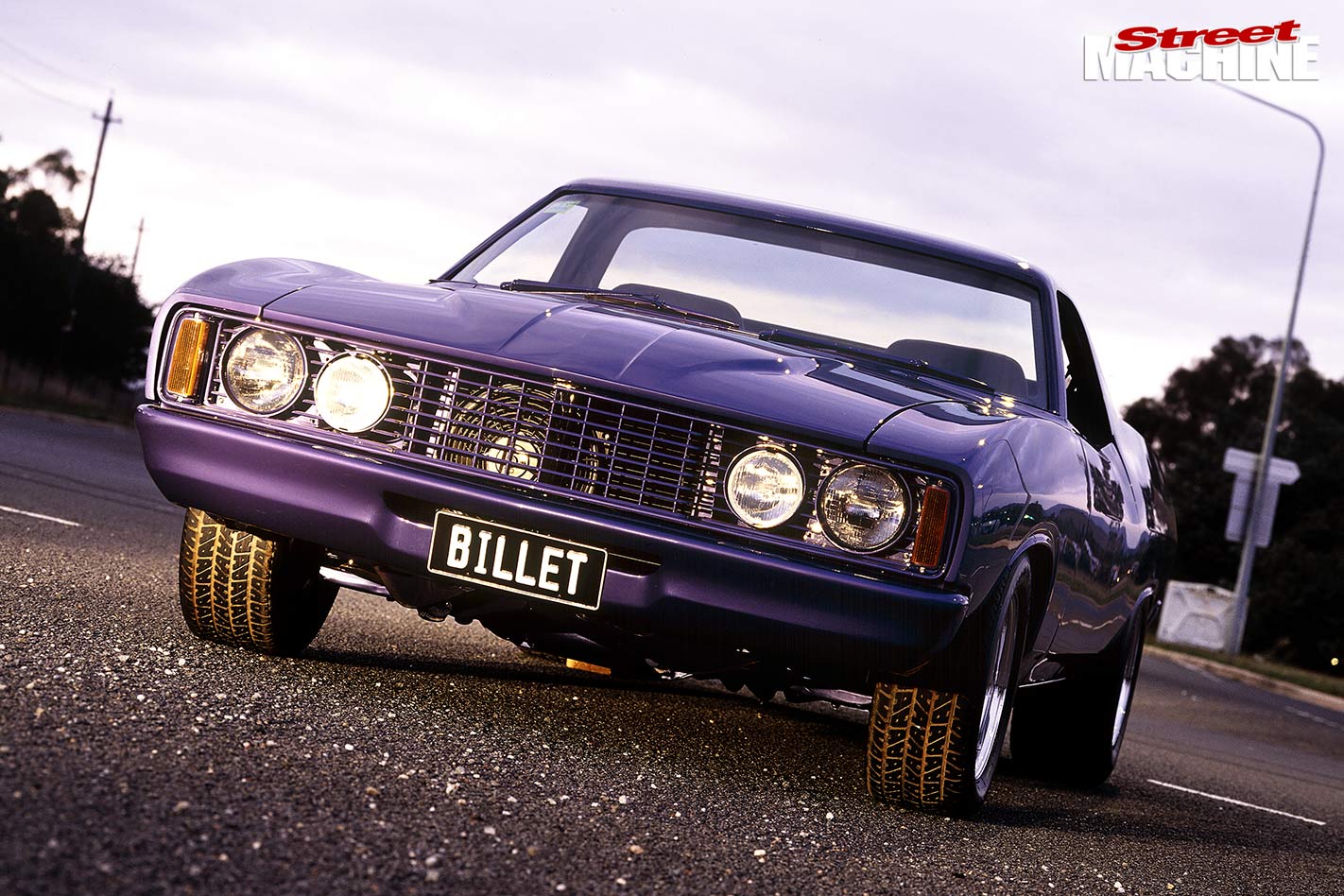 Craig Lockhart’s version of the game is kind of similar but a whole lot trickier. See, Craig counted to three years and in the meantime hid everything from the door handles to the handbrake cable on his XC ute. Not only is this XC tough enough in its own right, it’s cleaner than the pope’s joke book and so smooth you’d swear the thing was laser-cut from a single block of alloy. 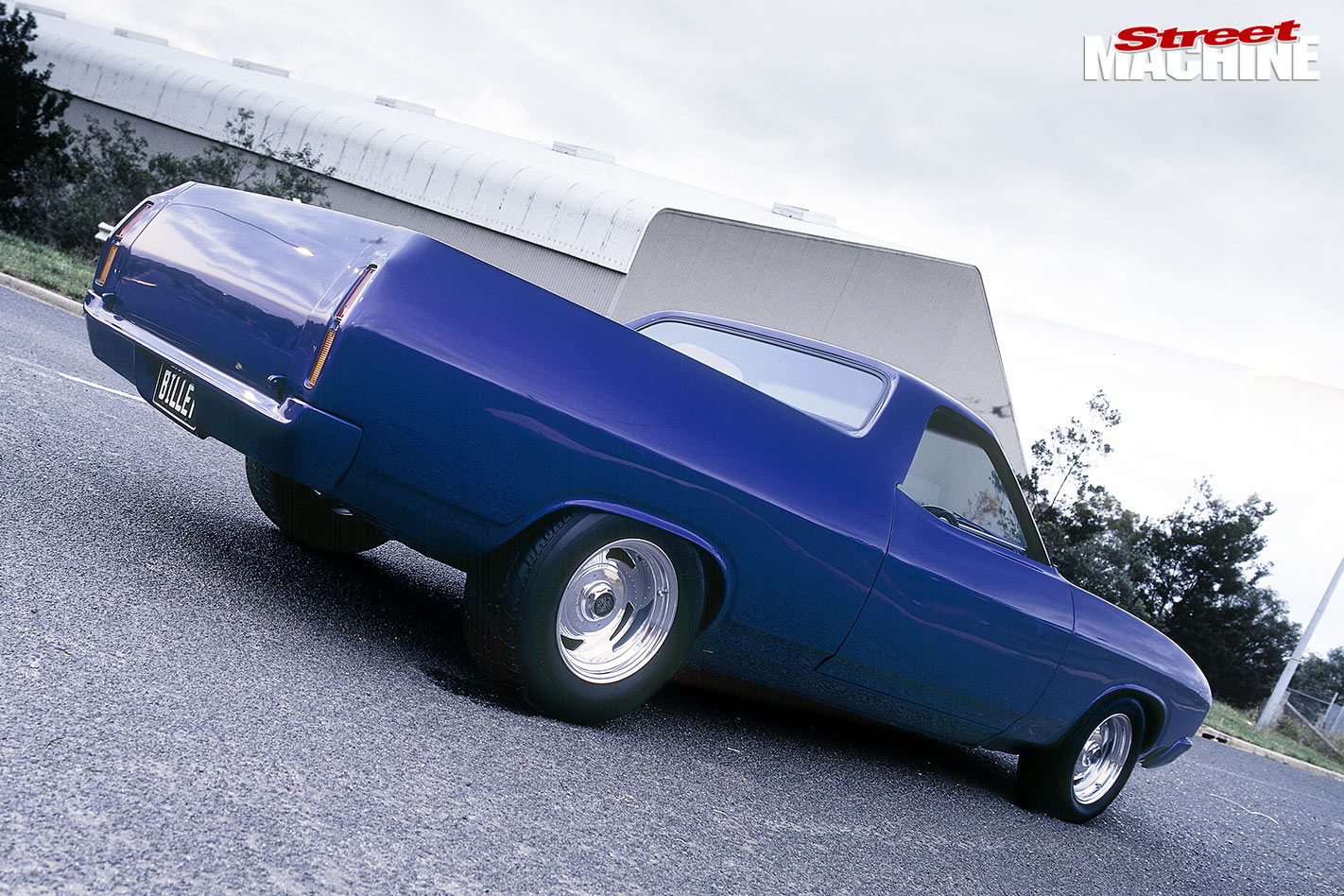 Starting with an absolutely stock ute those three long years ago, Craig, who spends his paid hours as an engine mechanic in north-western New South Wales, tore the mother to bits with nothing more than a tight budget and a headful of ideas; some radical, some almost impossible to achieve, some straight from the planet Cool.

The roof gutters were the first to go. Because the XC ute has frameless windows, a 10mm metal strip had to be welded into the roof’s edge to make it all work and seal watertight. Around the outside of the tray, every tonneau clip, tiedown and badge mount has been welded, filled and filed. 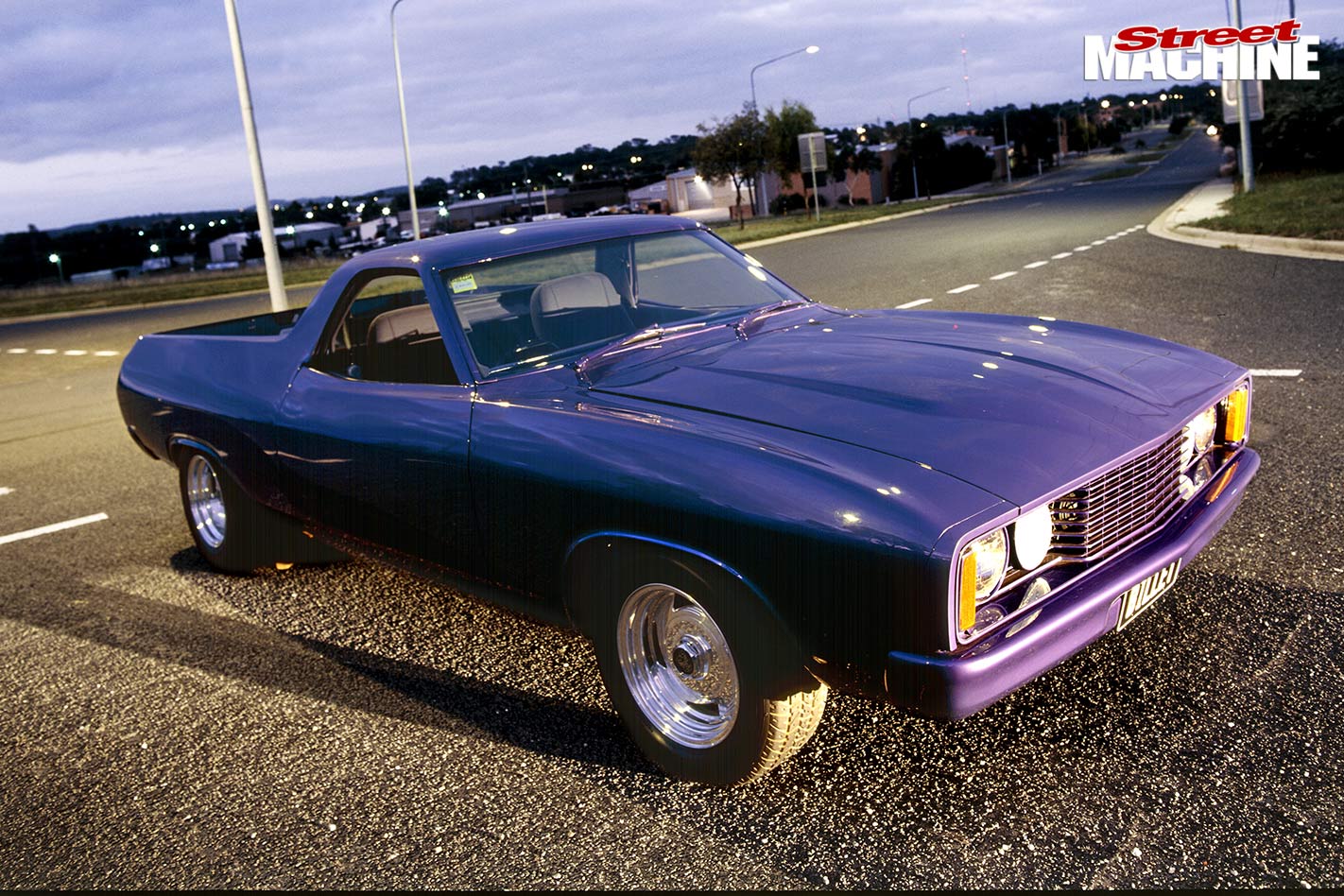 The cleverest idea on the ute – one that Craig reckons was a piece of the proverbial, relatively speaking – is the hidden door handles. Intensive lateral thinking with some part swapping and plenty of measuring and figuring, has seen the handles finally located in the tray, under the back window. Just reach into the tray and open the stock XC handle. Bingo, the door springs open. Keeping the clean look happening on the inside meant flinging the inner door handles, and adapting the foot vent handles down at each kick panel to open each door. Way cool. 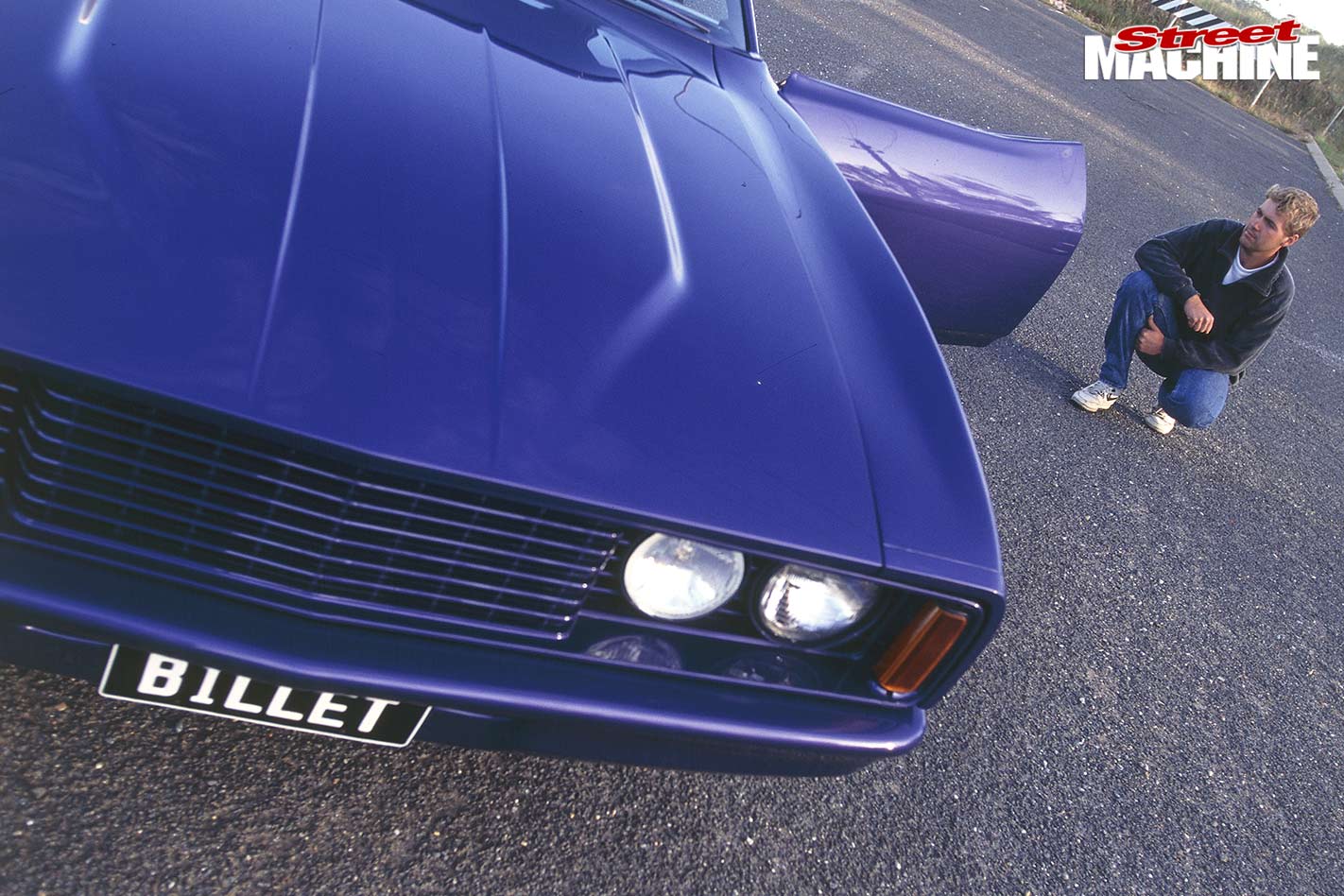 Tail-lights have been smoothed and sit flush with the body, and the side indicators removed and filled. The plenum chamber under the windscreen is gone and every seam welded and filled; even the normally grubby ones underneath. In fact, Craig has fitted a full-length false floor that allowed him to hide things like seat-belt mounts and even the handbrake cable.

Craig owes a big thanks to Chris Seton of Dubbo (who built a radical big-block Holden ute that was also a Street Machine feature car) for cutting and bending most of the aluminium bits and pieces. While the boys were at it, a set of wheel-arch covers resembling mini tubs were made and fitted to continue with the clean billet look. 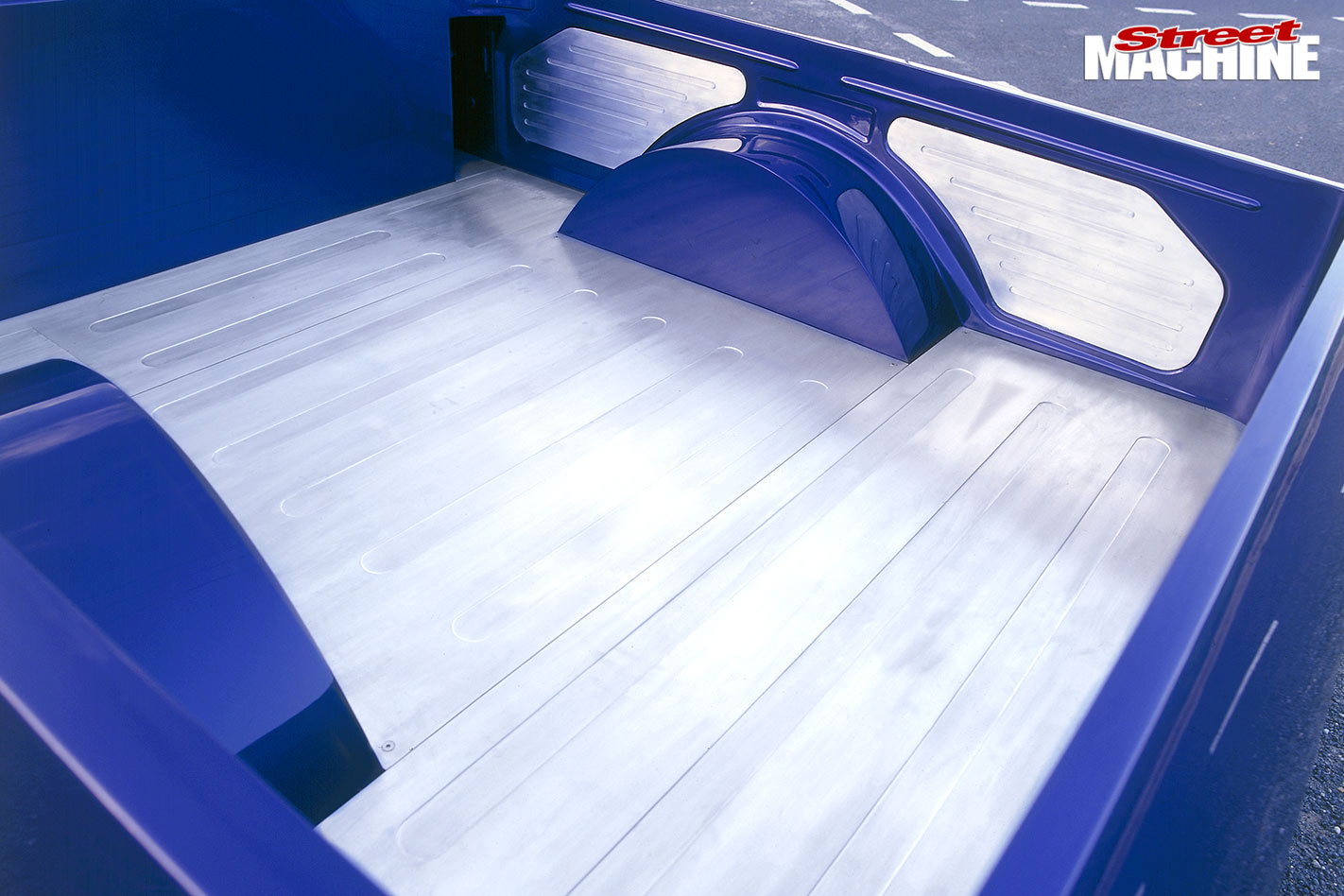 Back in the tray, metres of body seams have been welded and filled, with alloy floor and side panels fitted

The battery box now lives in the tray in a recessed, hidden compartment. Opposite that, also in a recessed hidey-hole, is the fuel filler.

Way up front, the bumper has been narrowed 10mm at each end. Not because it’s off another model, but because Craig wanted it to hug the body. Naturally, all bolts and brackets are invisible. That’s nothing when compared to the rear bumper. Craig spent a two-week holiday just getting the rear bumper right. It started as a station wagon unit, lost about 30mm from each end and was reshaped with extra metal at each corner to fit the ute’s profile. Even the brackets had to be custom made. Yep, top holiday that one. 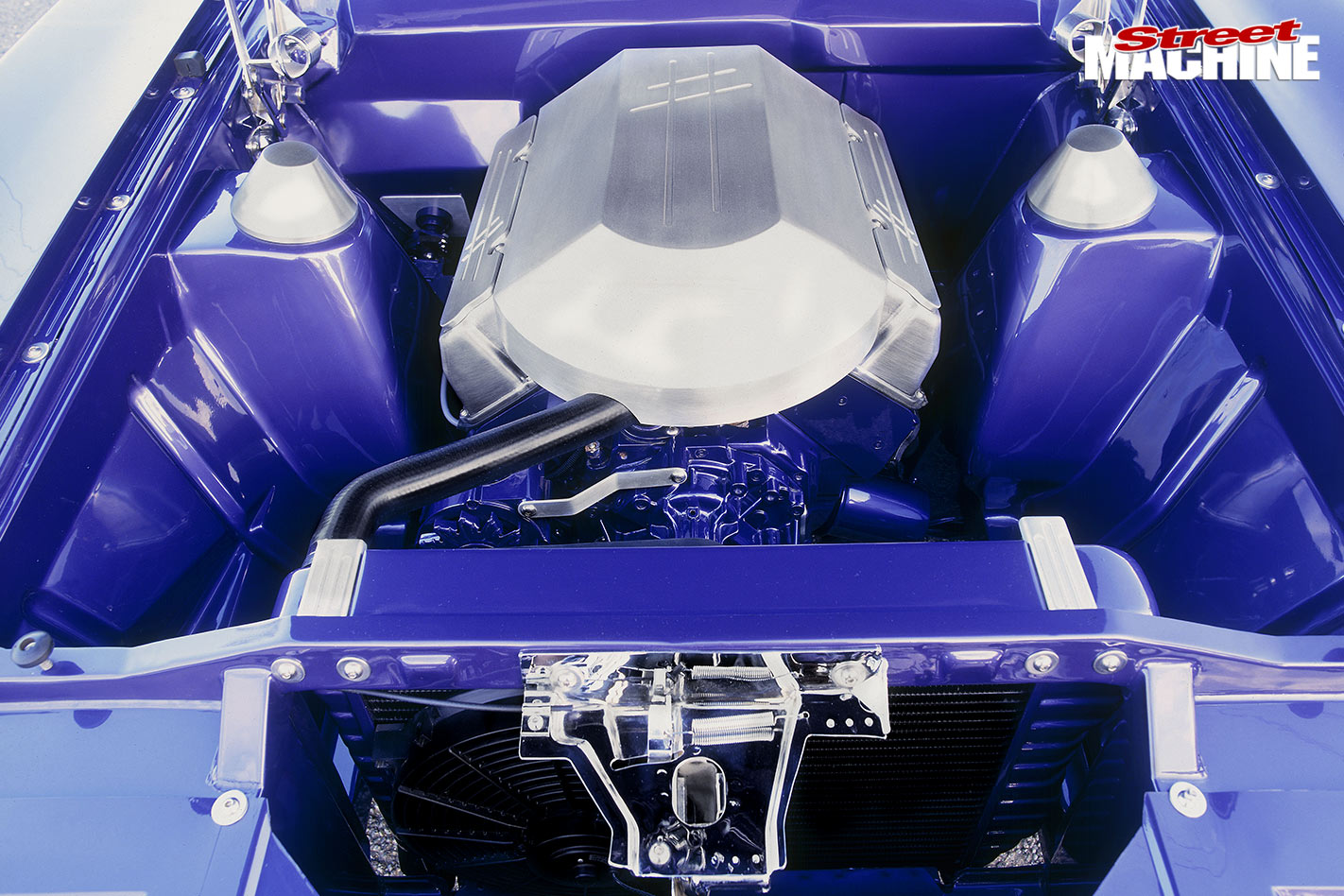 Covering everything from the radical roofline to the boxed boxer shorts in Glasurit 2-pack is a subtle shade known as Wisteria Purple. That’s really purple to you and me.

Aside from the false floor, everything underneath has been smoothed and detailed almost to death. The rear suspension retains the leaves with a re-arch job, but it’s all deburred and painted including the nine-inch diff and four-inch Ford tailshaft. The front end and crossmember have been fully boxed, welded and smoothed – partly for extra strength, but mainly for the single-lump-of-metal look. 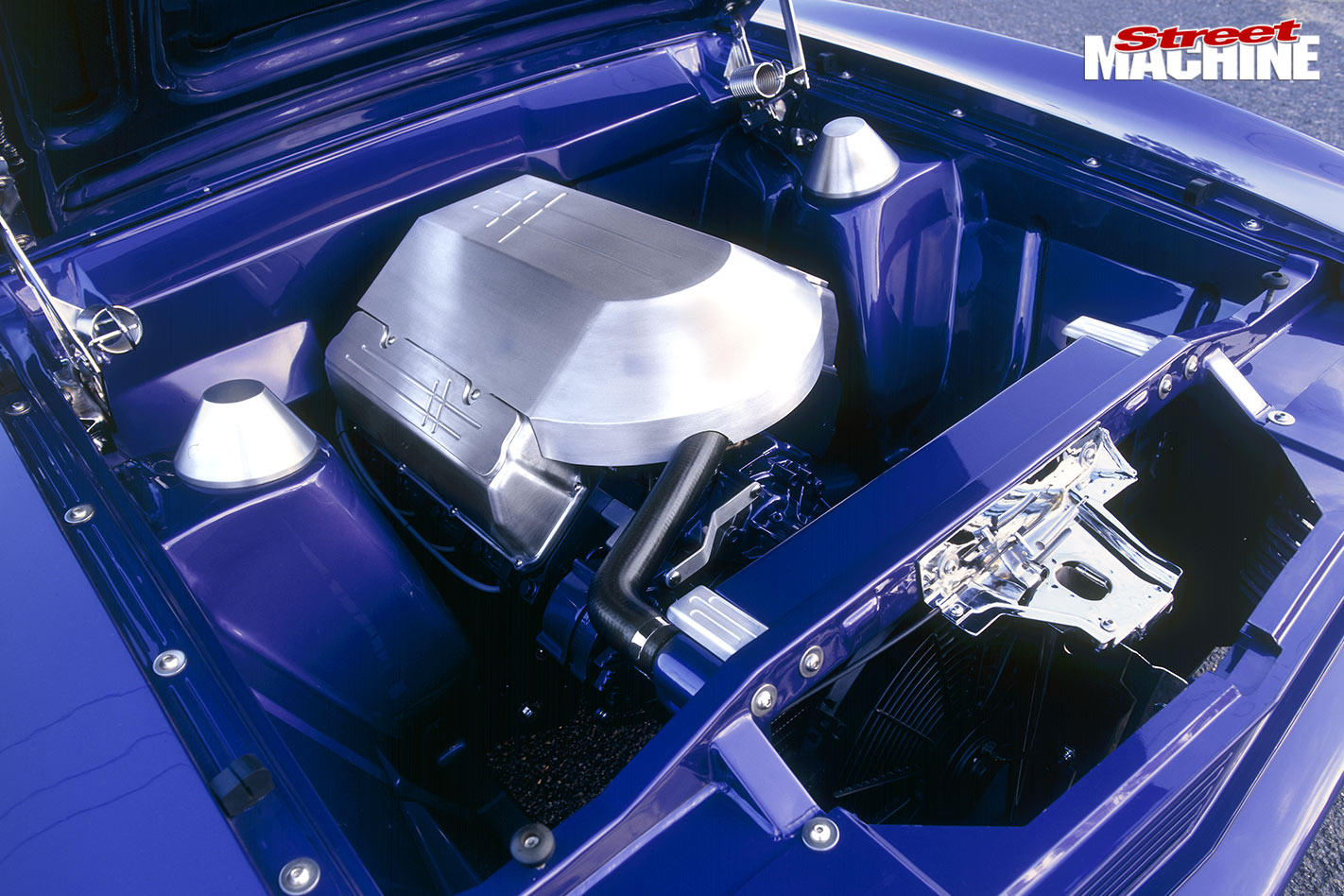 Both the clutch and brake cylinders have been flipped and now live under the dashboard, while the strut towers, firewall and anything else that happened to be under there is now ultra-smooth and slickly finished.

The engine is dominated by the unbelievable air-cleaner unit that is also the work of Chris Seton. Craig spent a full day making the template out of plywood while Chris spent considerably longer making the thing out of aluminium. “Never again,” is the official version. Rocker covers are one-offs and even the block and heads have been deburred and fitted with cover plates. Unbelievable. Fair dinkum, if you can find a join anywhere in this thing, send us a postcard and tell us where. 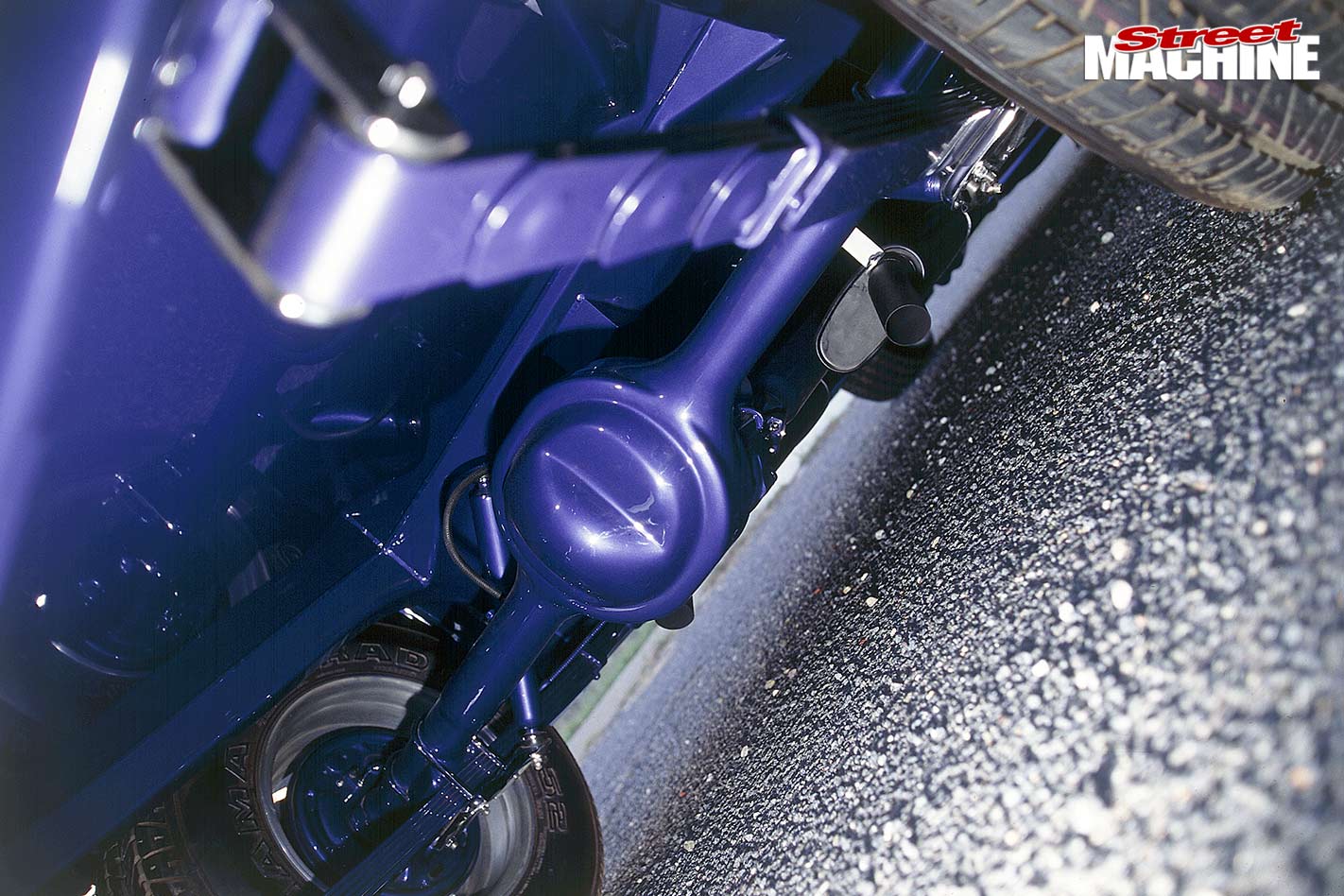 Glasurit Wisteria Purple adorns everything, including diff and strut housings. And check those leaves

The engine itself is a fairly mild 351 with really nothing more than a 750 Holley, recurved distributor, cleaned-up heads and a set of HM headers. A five-core radiator dissipates engine heat and a Mellings oil pump keeps the internals moving. Interestingly – and a clue to what will soon power the XC – Craig stayed with a manual transmission. The Cleveland/TopLoader combination couples with a twin-disc clutch. Brakes are stock XC items with discs front and drums rear with CenterLine Billet Fluted Fans – the first set in the country, as it happens, with Yokohama 352 rubber. 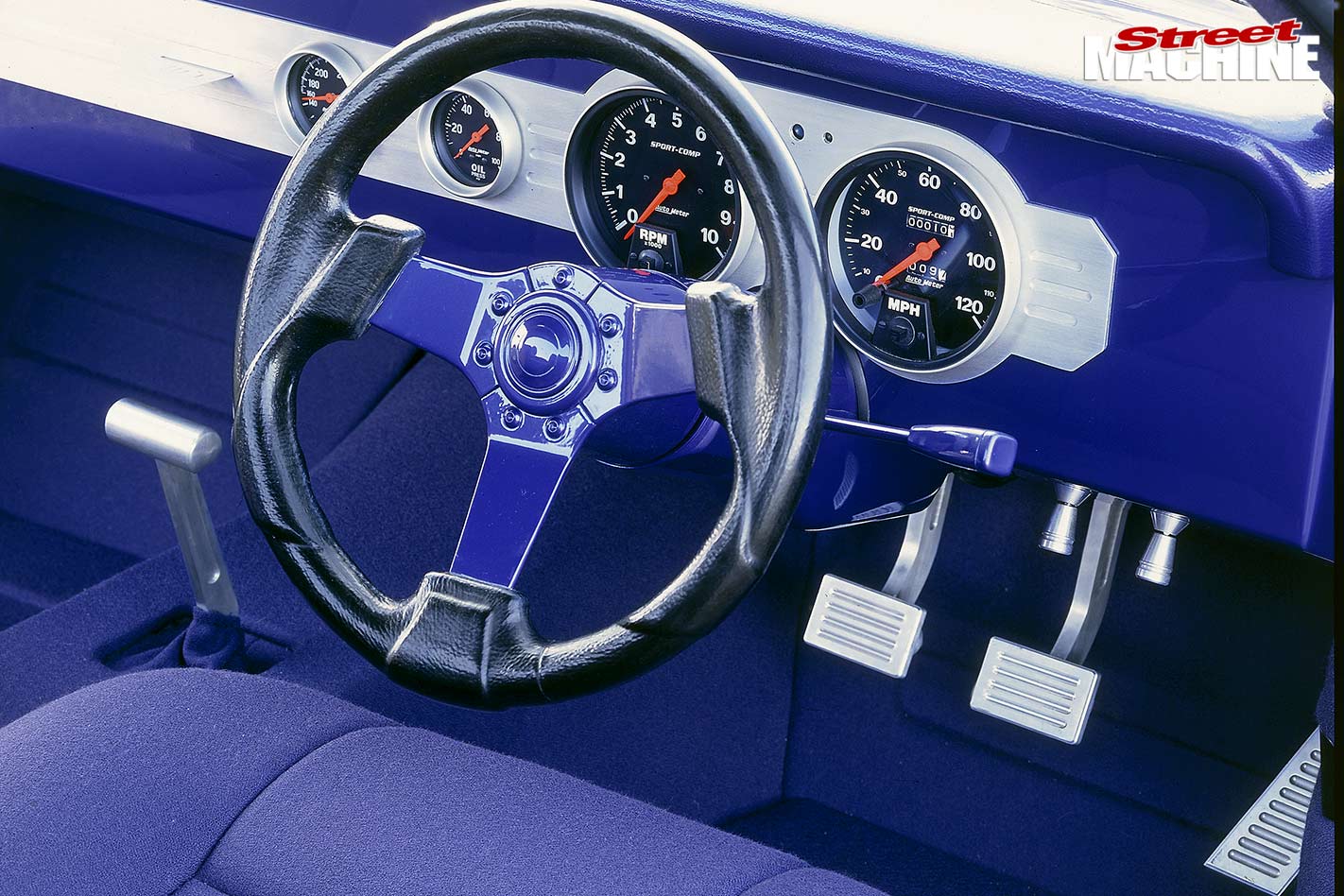 Inside, the blueberry-smoothie appeal is continued with an aluminium dash mounting enough Auto Meter gauges to keep Craig in the picture. Other aluminium bits include the shifter and those gorgeous pedals.

Giving the world its first look at the car at Summernats 8 netted Craig Top Commercial Interior, the Encouragement Award and a spot in the Top 20. The Summernats Encouragement Award seems to have worked, too, because Craig is now thinking about new paint and another crack at the show circuit. There’s every chance the ute will be back bigger and better than ever. Or should that be smoother and cleverer than ever? Then again, short of welding the thing into a single piece, we wouldn’t know where to start. 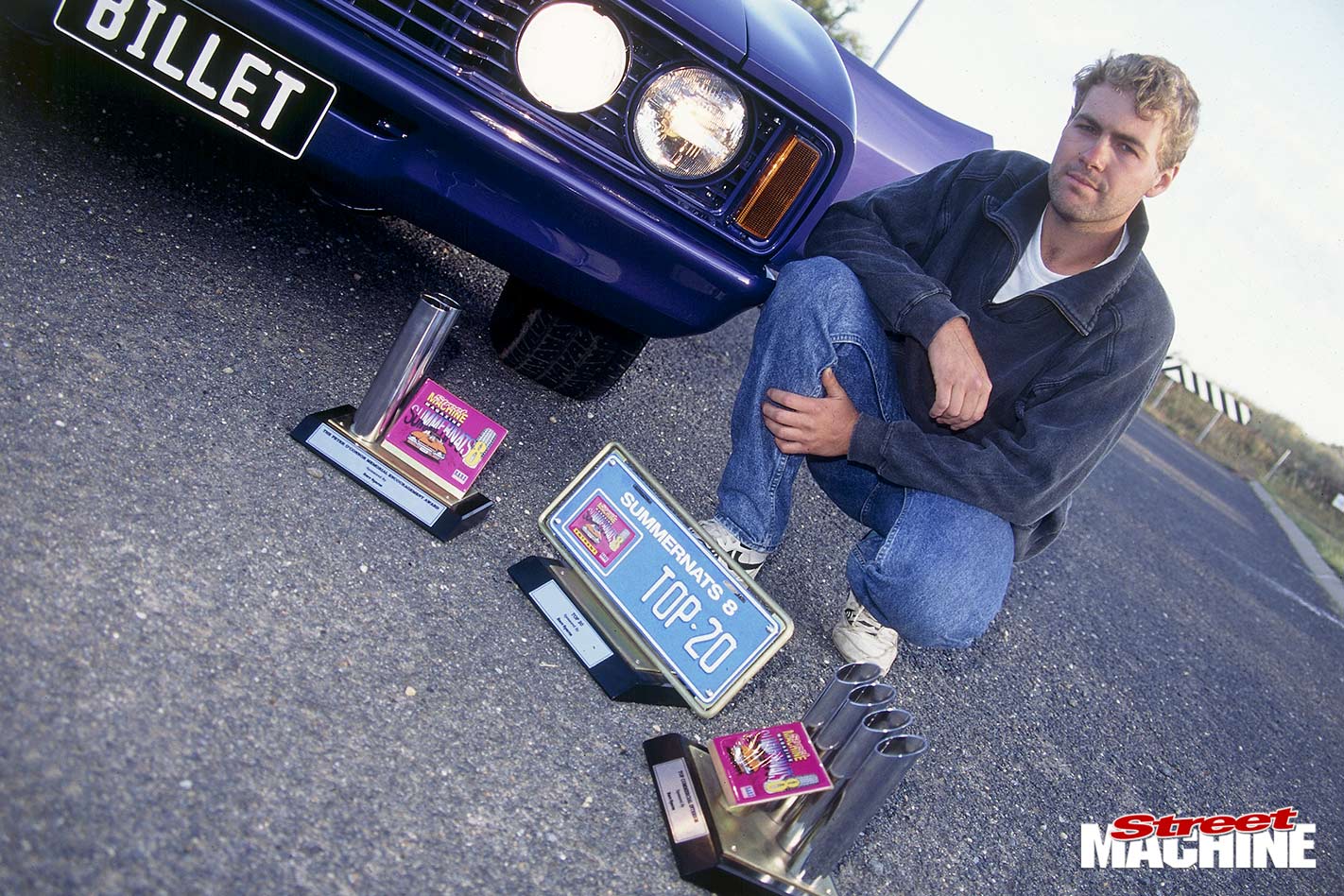 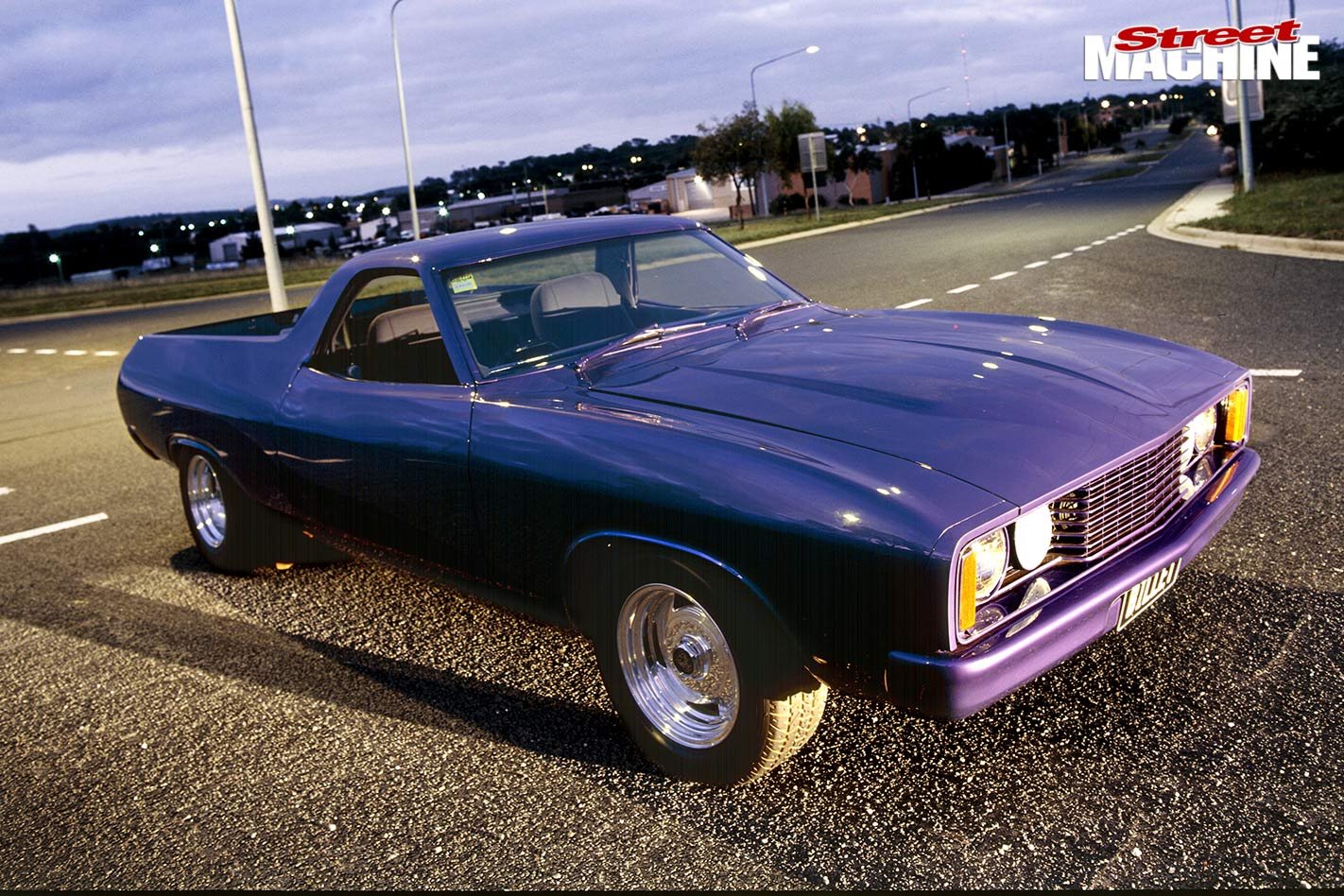 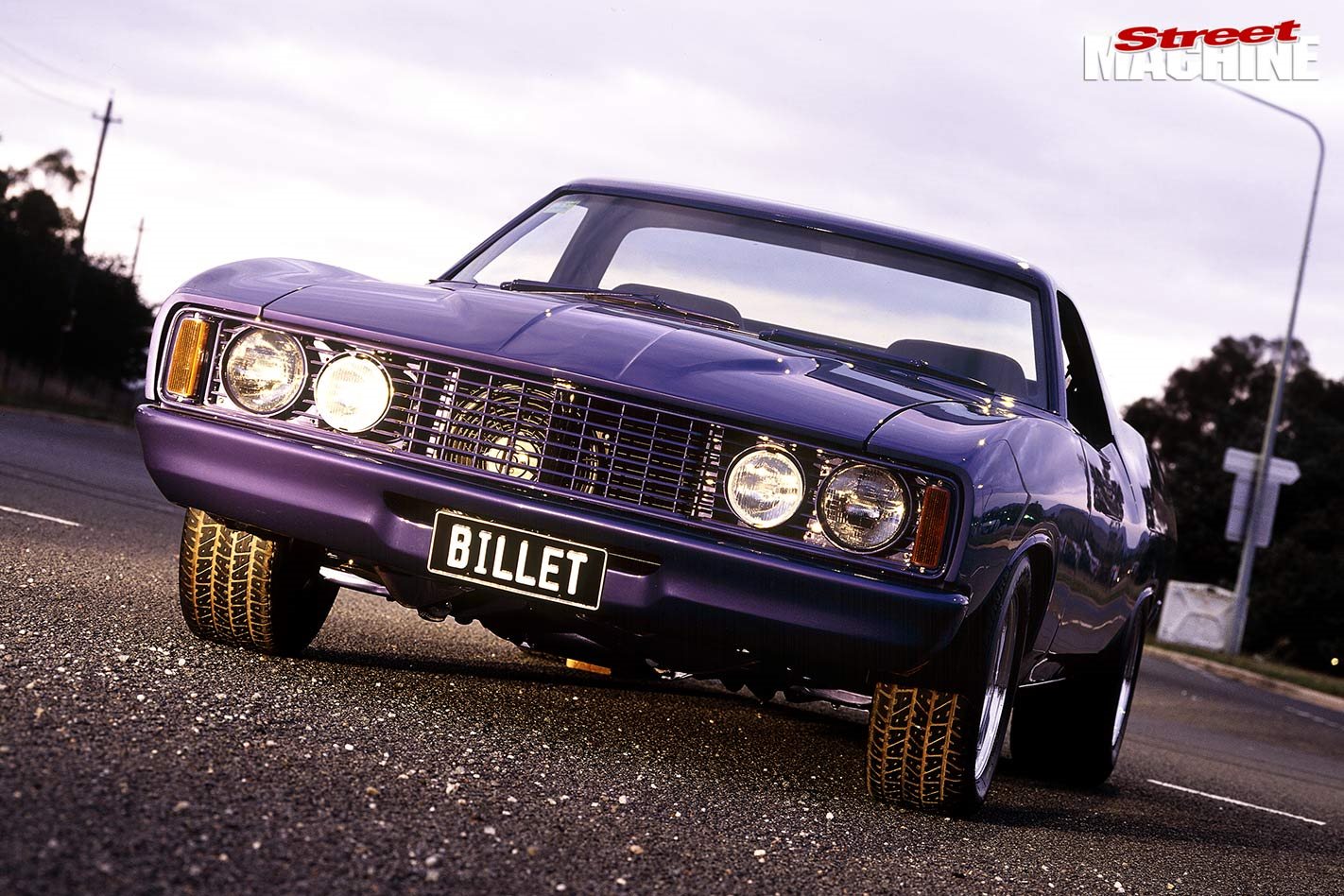 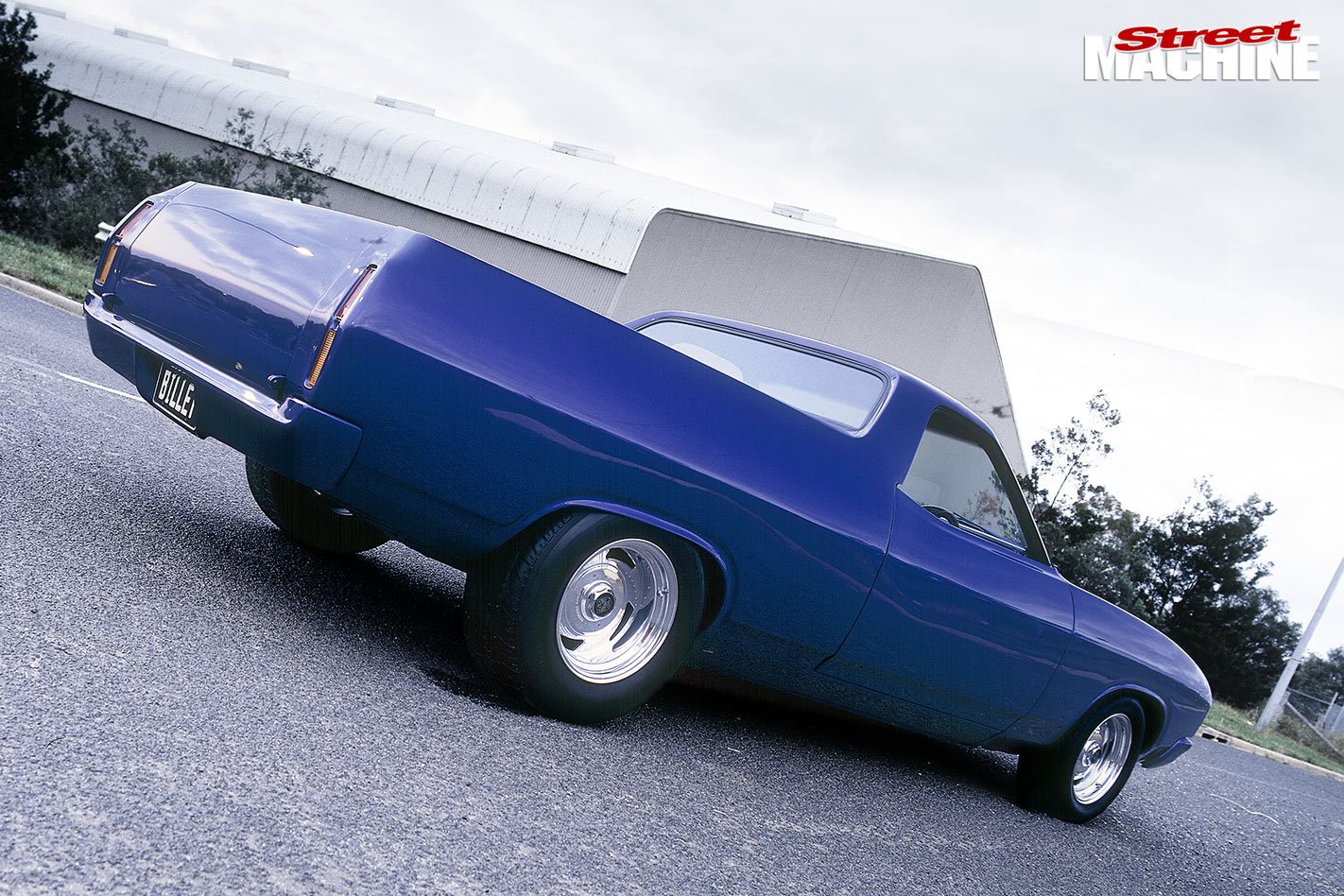 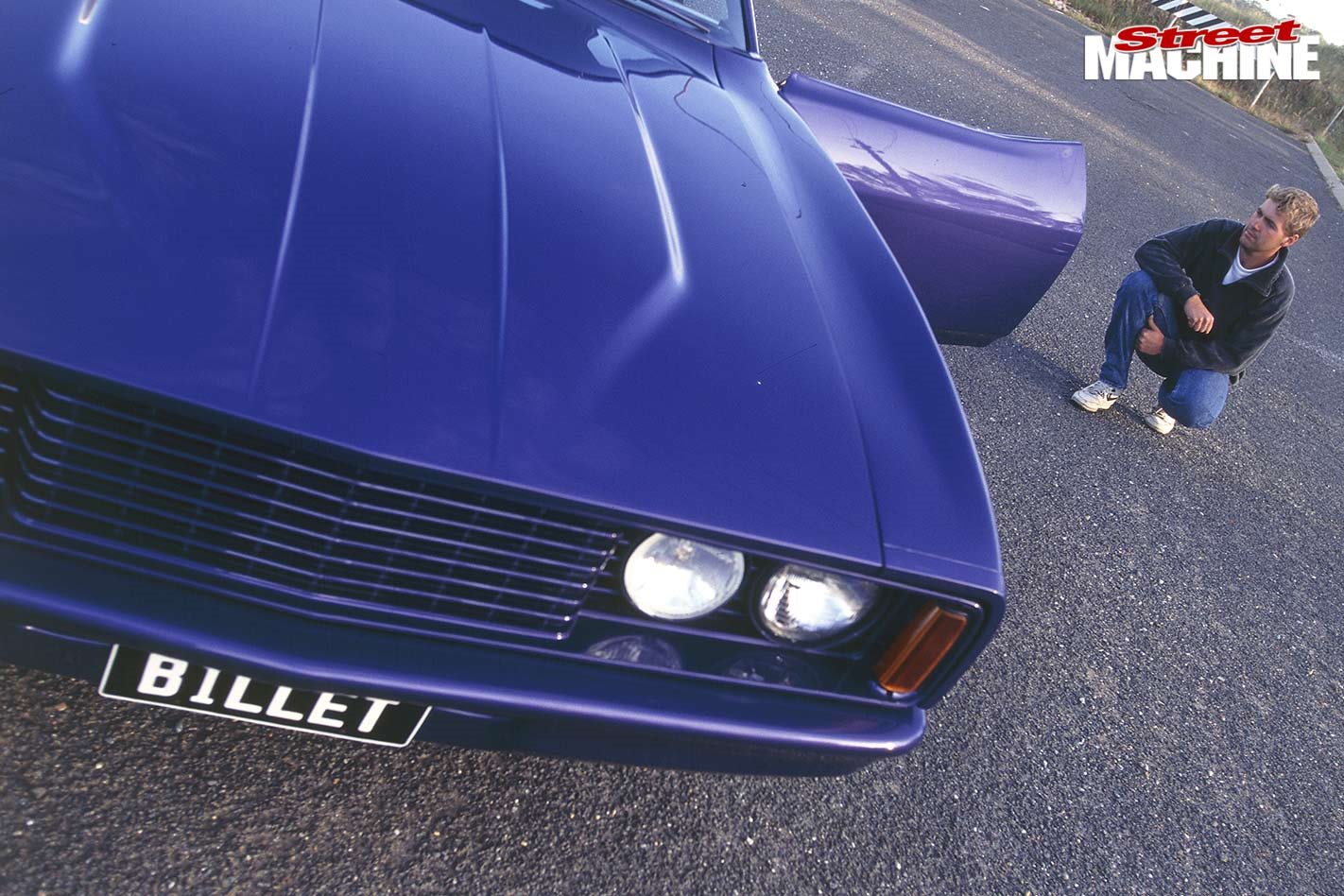 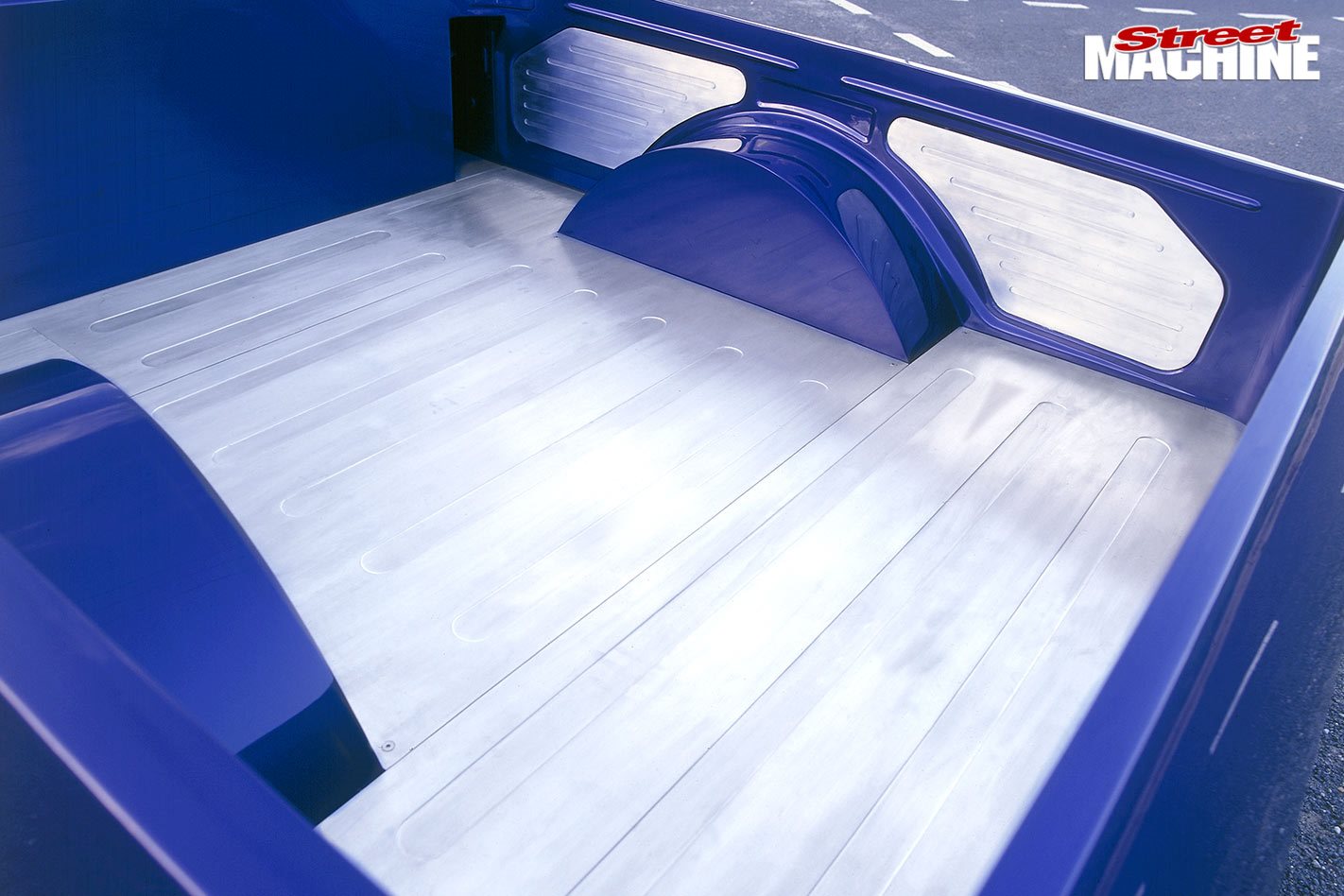 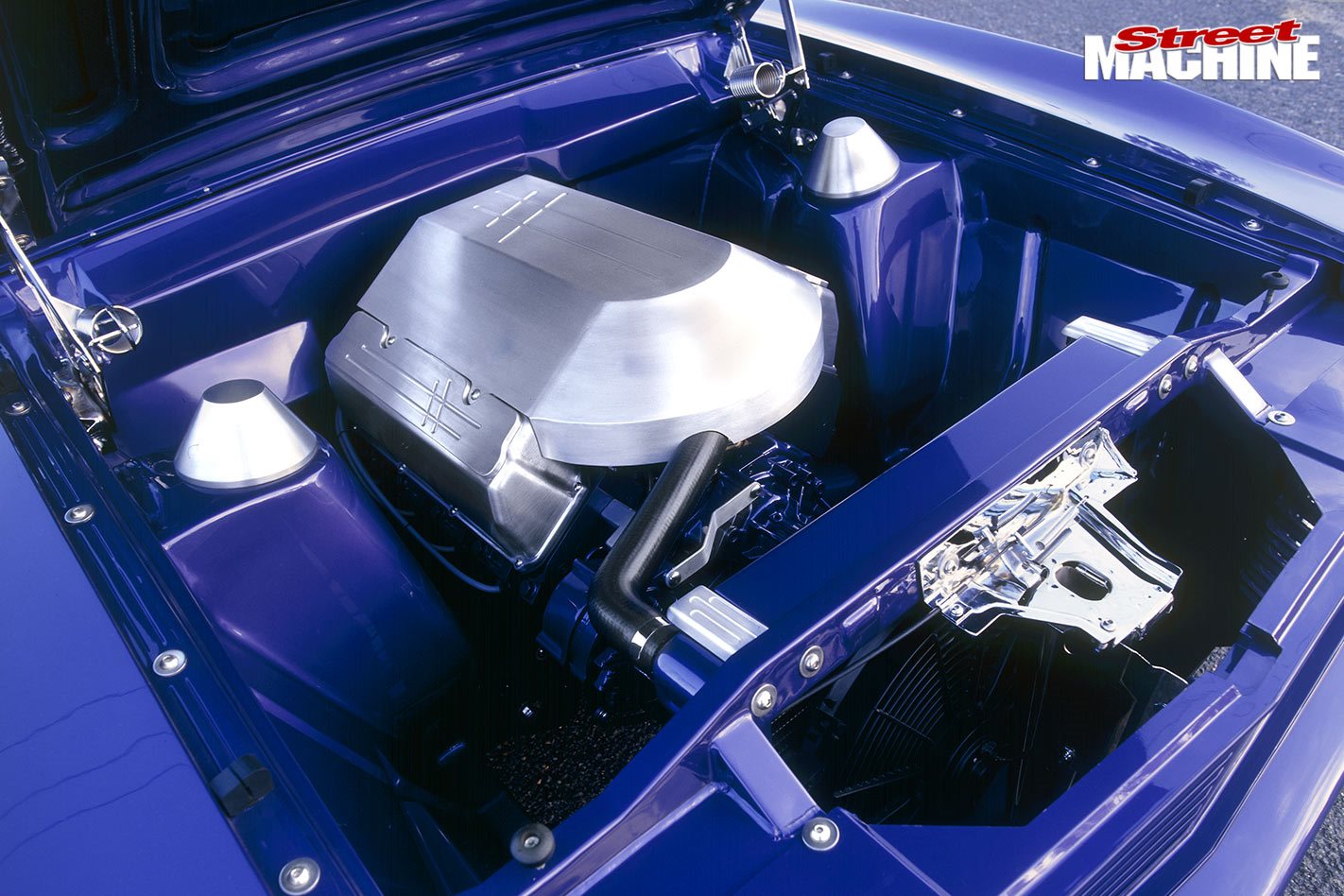 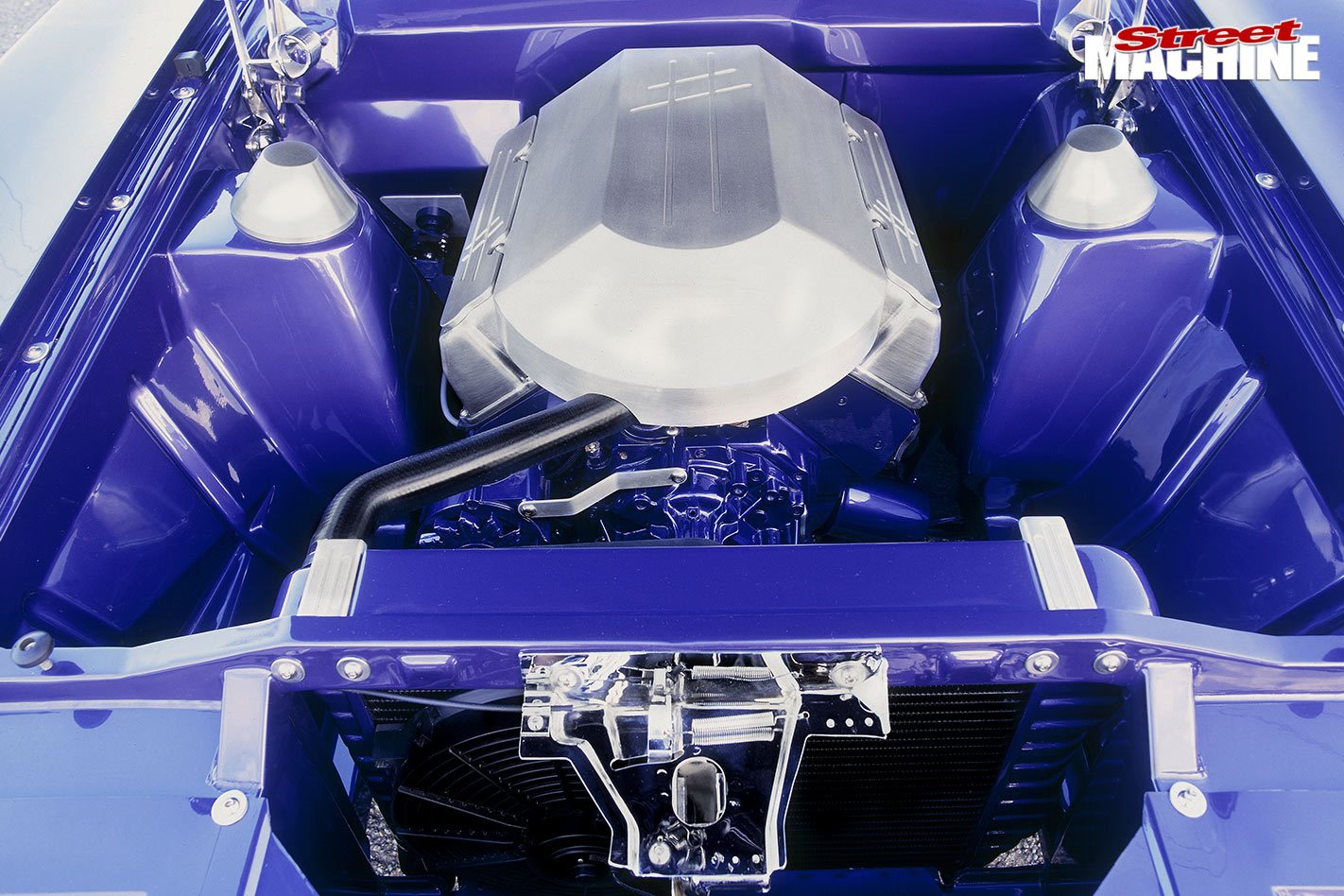 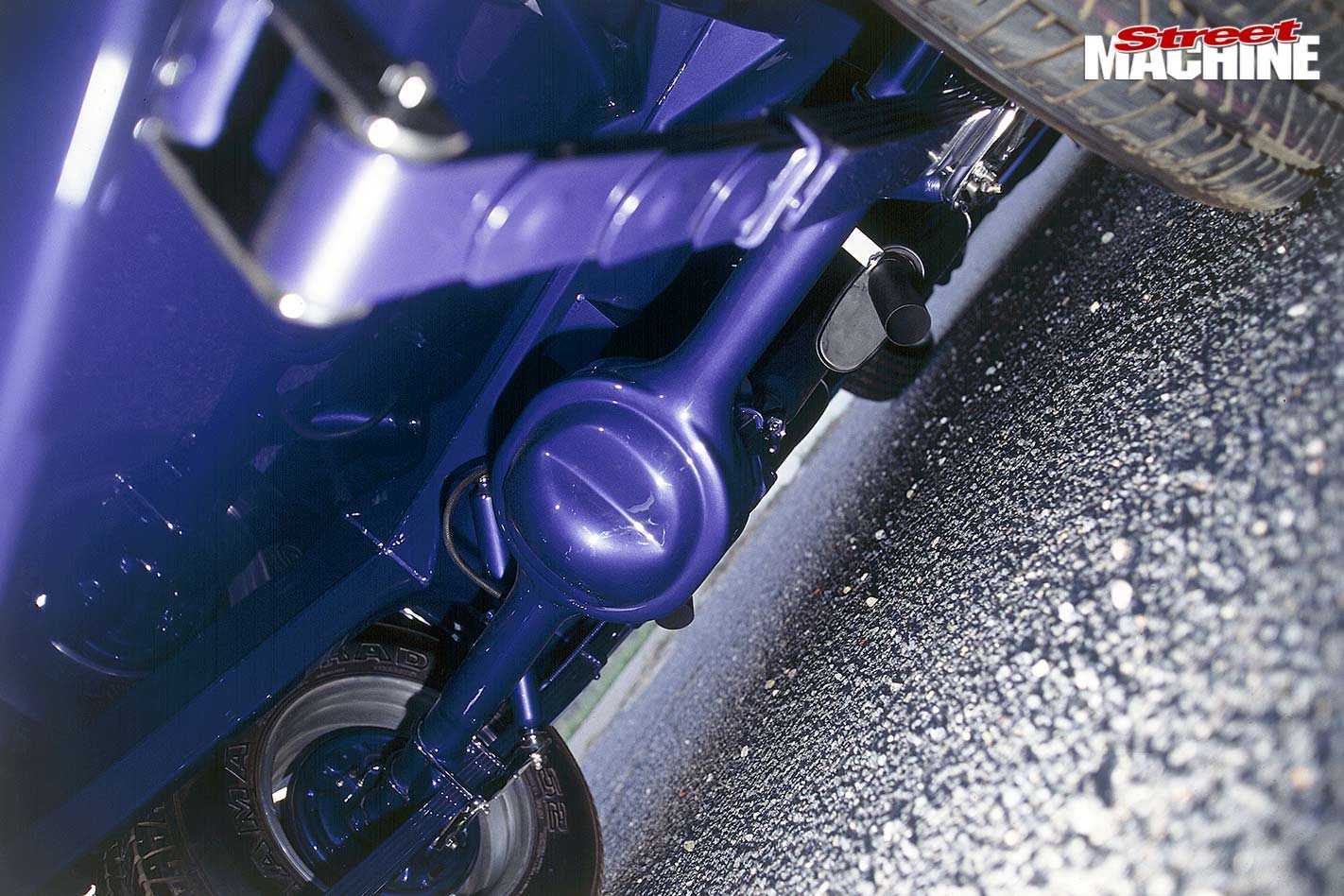 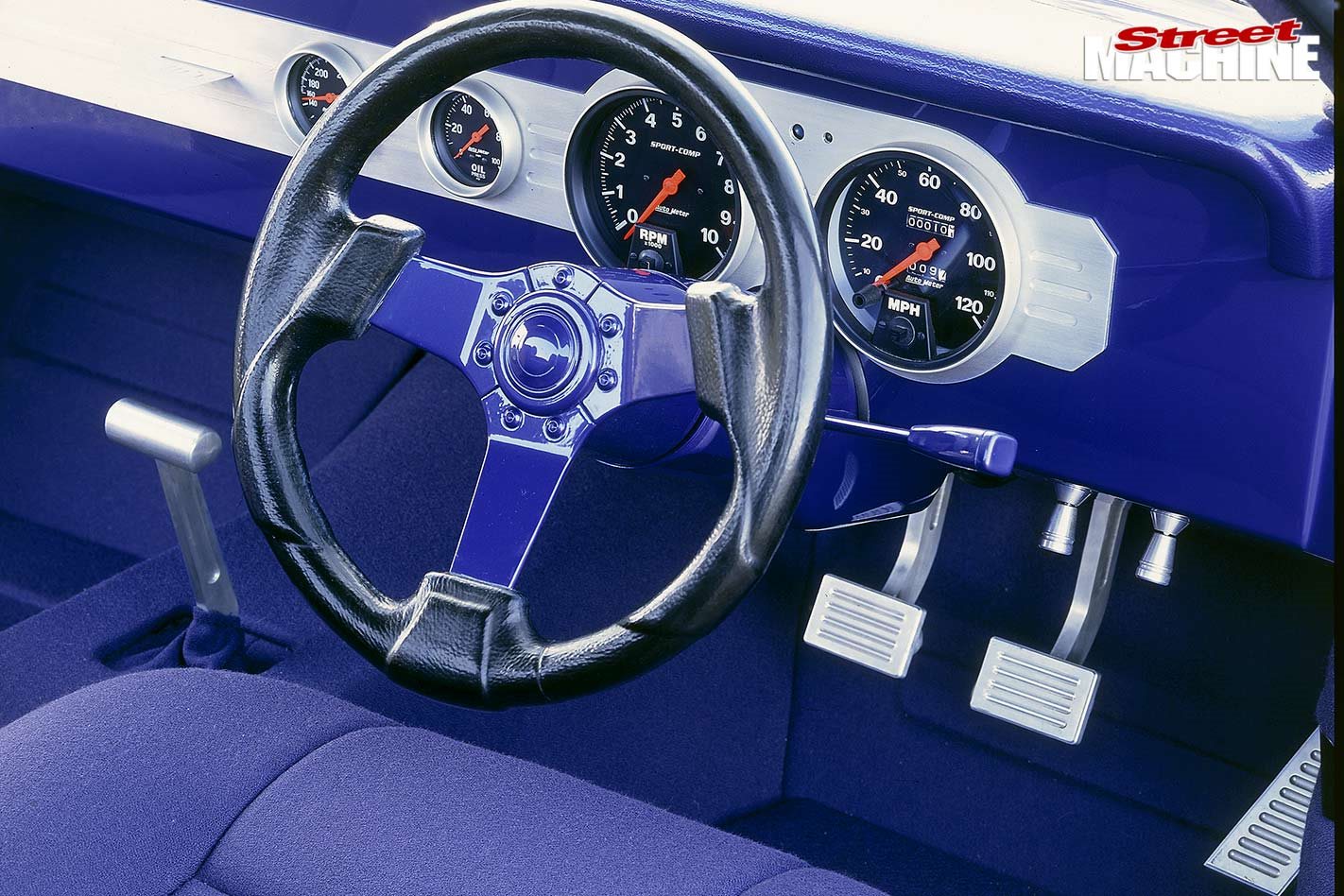 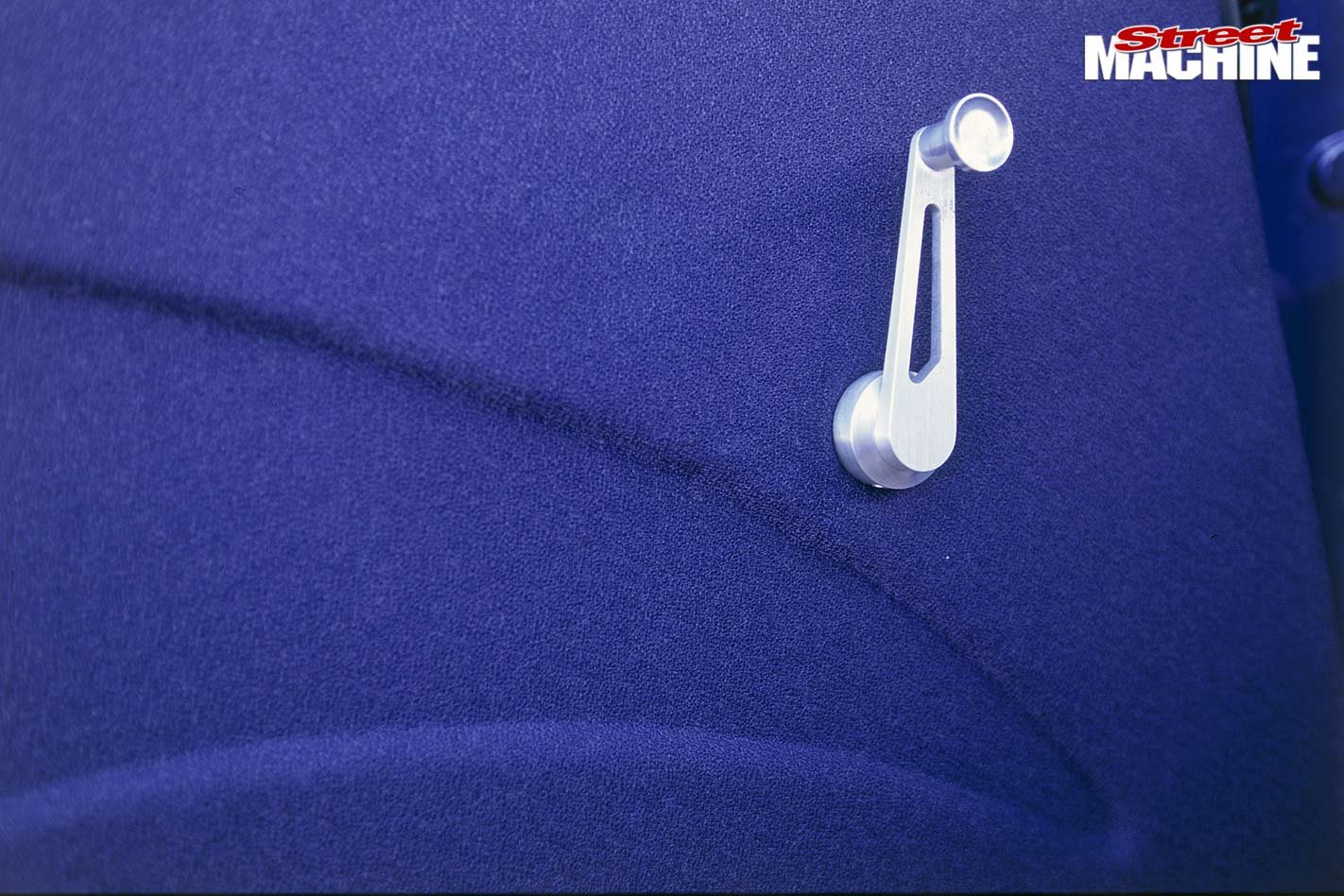 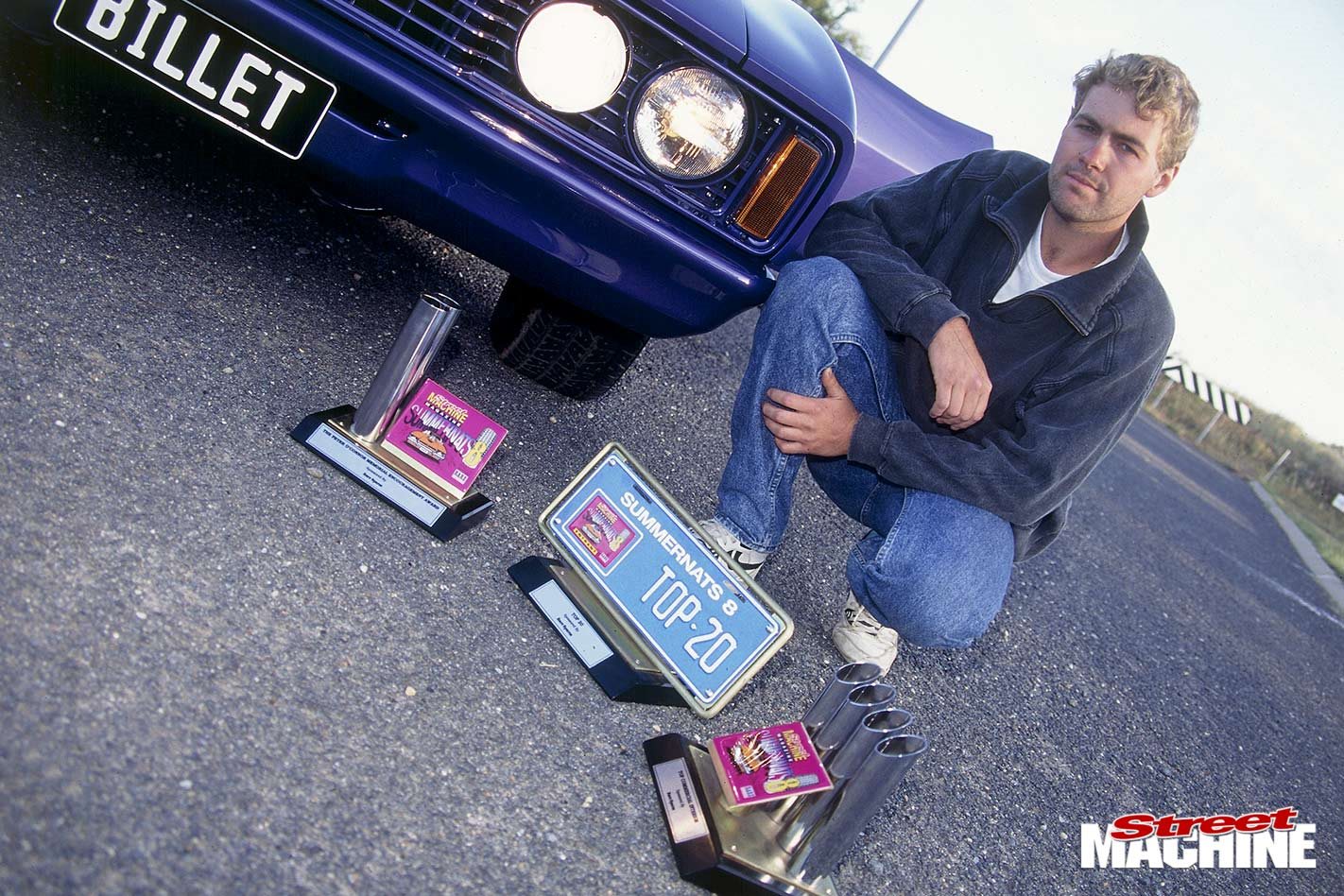