Imagine this: an imported Opel, badged as a Commdore, tuned for local conditions, and winning COTY. No this is not a prediction for 2018, but rather a recollection of some 39 years ago.

CAR OF THE YEAR: Holden Commodore, Well, it really couldn’t have been anything else, could it?

HOLDEN'S COMMODORE is the 1978 Car of the Year - the 15th winner to take out the prestigious award, the most deserving and certainly the most predictable. 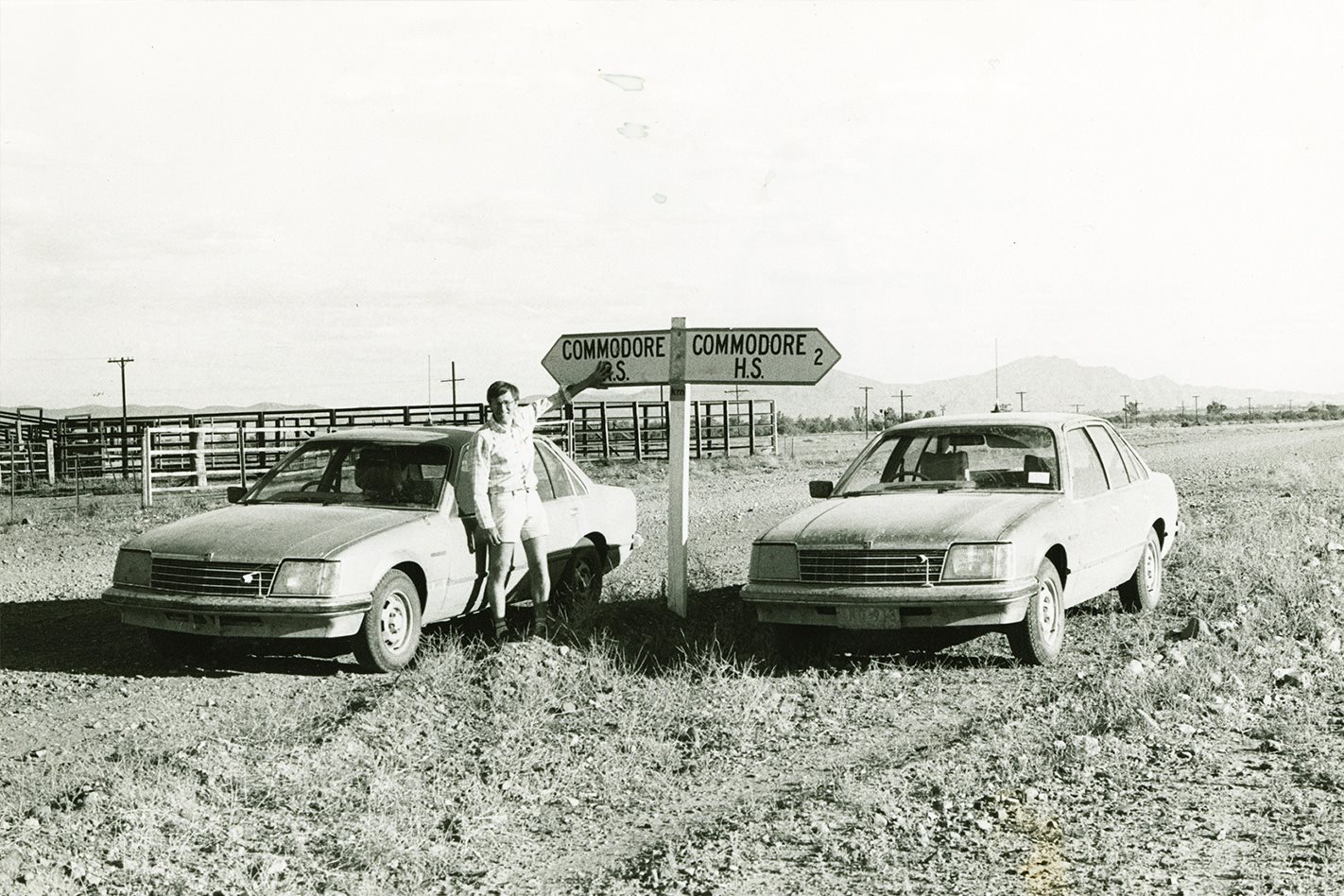 The Commodore is GMH's answer to the seemingly eternal criticism that Australian cars were tough but little more than a parochial extension of our national character without any of the finesse, brilliance, and efficiency of European cars or even the equipment levels and value for money of the Japanese.

With one grand sweep the Commodore has changed all that. To date we've driven 16 Commodores over more than 4000 km in three states to have our initial enthusiasm confirmed and reinforced so strongly that there can be no doubt that here is the best Australian car ever. Let's go many steps further and say that here is one of the world's great sedans ... a car that offers most of the qualities of the European and Japanese cars together with the traditional virtues of Australians and, best of all, at a price that makes it astonishingly good value for money. 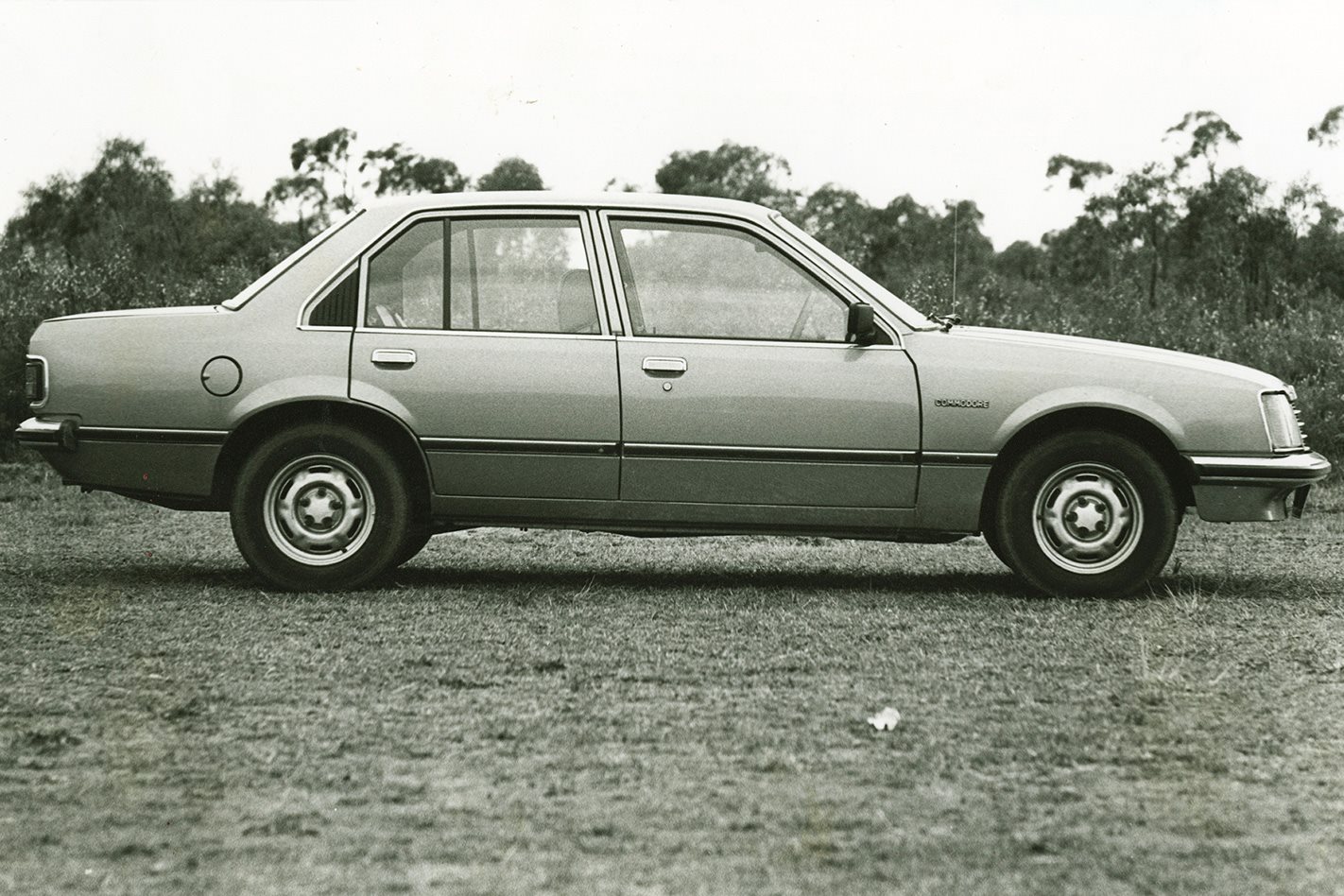 The Commodore's message of excellence was never more vividly illustrated than by the editor who swapped a five-litre Commodore SL/E for an Alfetta 2000 sedan (they're separated by only $300 in price) and after a day in the Alfetta, concluded that the Commodore was not only a better all-round car, but more enjoyable to drive. He then realised the significance of what he had said – that a Holden was better than an Alfa...

The fact is that the Commodore does live up to the high expectations of a public that has deserted GMH in droves over the past decade because Holdens didn't offer the kind of motoring expected by a more intelligent, dare we say perceptive, audience. The Holden had changed from being an everyman's car to the car for the blue collar worker while the white collar people have driven Japanese or European cars. 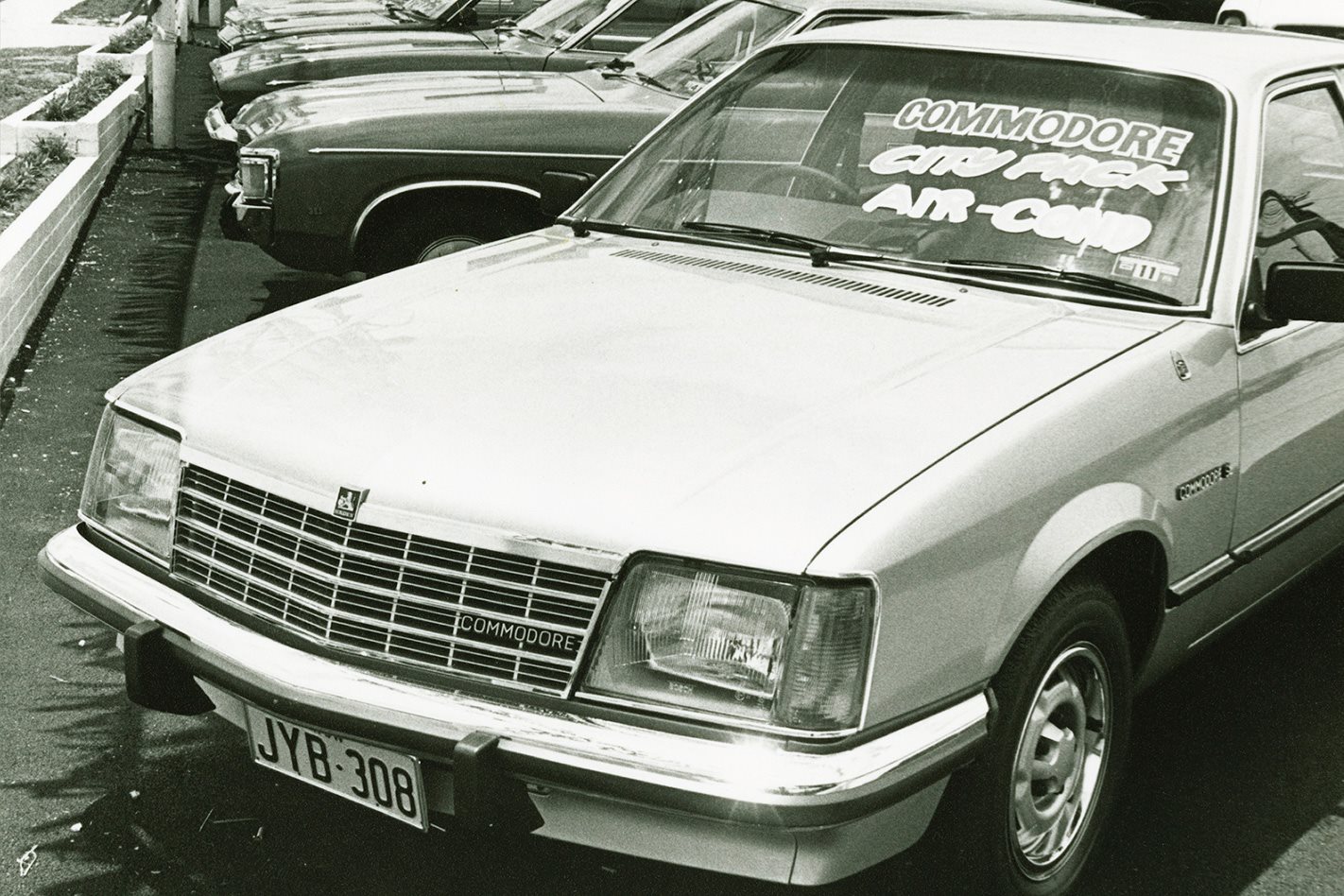 Of course when the world's biggest car company decides to direct its enormous engineering and design talents towards building a simple, mechanically conservative but still modern and refined five-seater sedan for a world market, it should be good.

The men inside GM also knew that it needed to be better than just good. For Opel it needed to be sufficiently refined to compete head-on with BMW and Mercedes-Benz; for Holden it had to be so good that it set new standards not just in its class, but across the market in order to re-establish the marque in the eyes of all those people who had switched their allegiance; for Vauxhall it needed to be good enough to break back into a market long ago deserted by the British branch of General Motors; and in South Africa it had to rate in a straight fight against the Ford Granada. 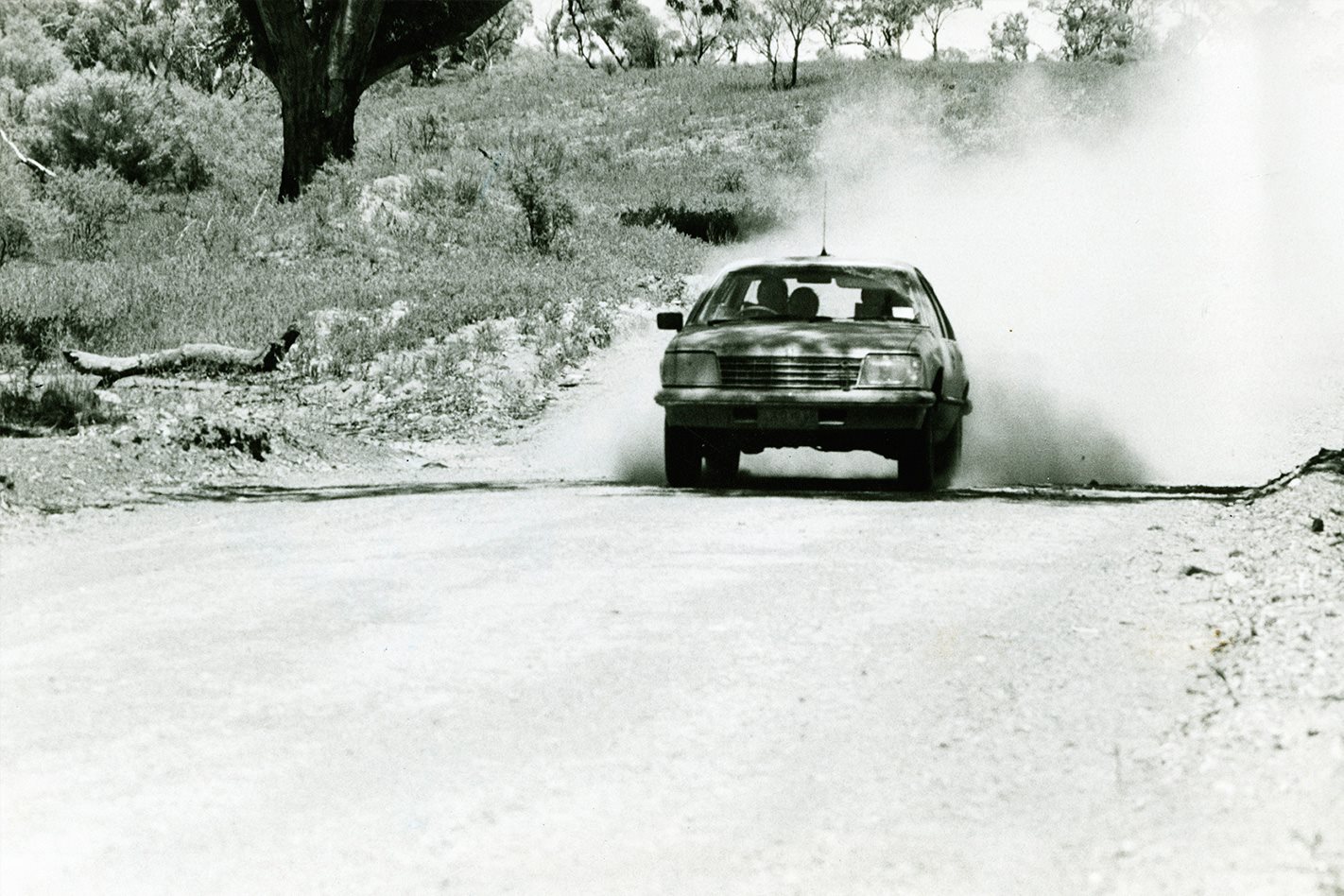 They also knew that the cost of developing another uniquely Australian car for the next decade would be beyond the resources of GMH and that the result  - logically and honestly, if sadly - would not be as good as a car conceived in Germany by Opel and "redeveloped" for local conditions. Even so, the cost of putting the Commodore on the Australian market was a cool $110 million.

While GMH is at great pains to emphasise the Australian design and component content in the Commodore, it is honest enough to openly admit "Commodore is the product of a marriage of GM's international resources and GMH's specific local engineering and design expertise". 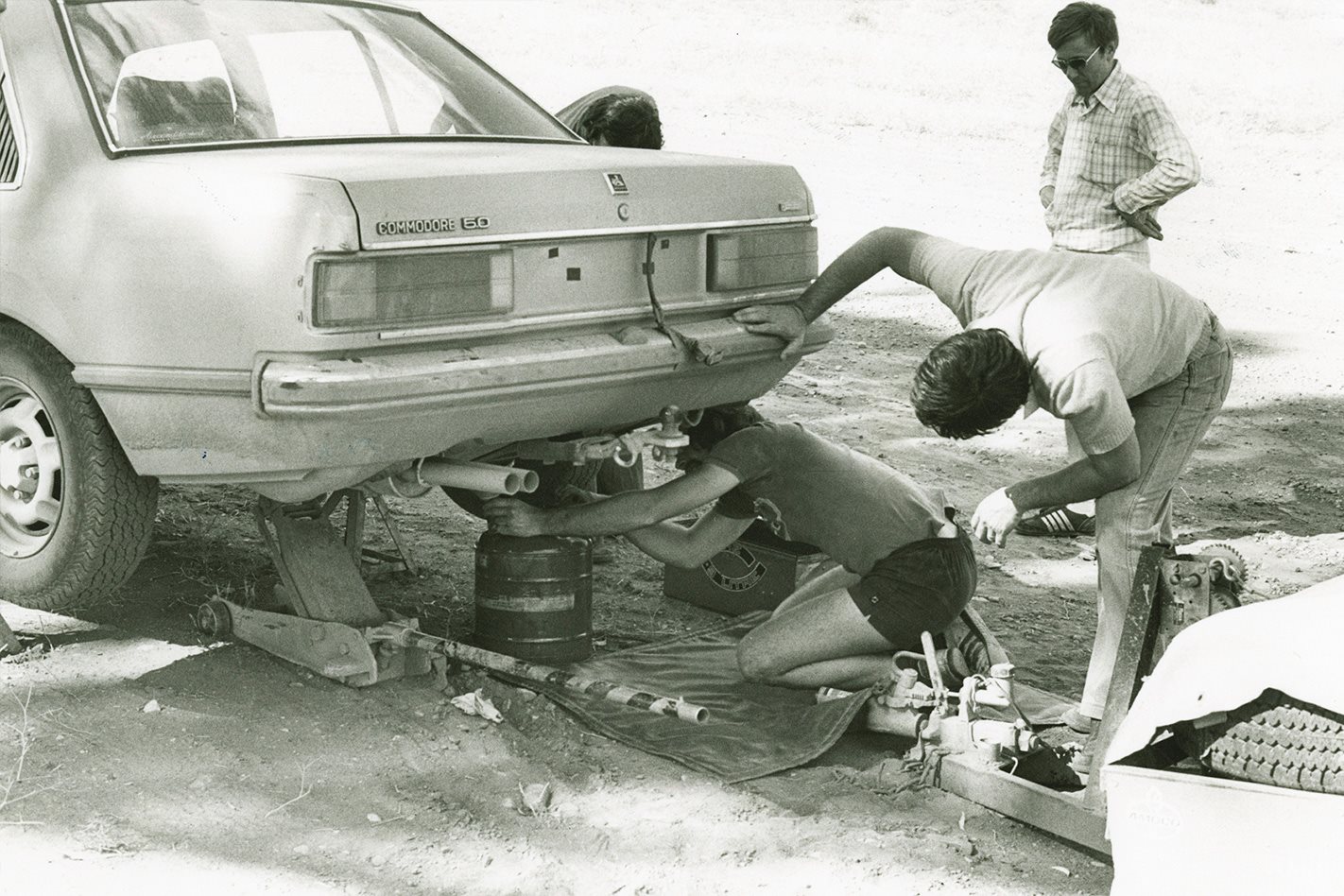 While the Commodore is now regarded as GM's second world car - the first, the T-car or Holden Gemini was also a WHEELS Car Of The Year - it is a product of Opel's Russelsheim operation- the biggest GM car plant in the world - which has now become the design centre for all GM passenger cars produced outside the United States.

The modifications necessary to adopt the car to take local engines and transmissions were only the beginning of a task which saw the Australian Commodore get a new steering system, much modified MacPherson strut front suspension, improved body strength, dust sealing and rust prevention, and an outstanding new braking system.

Our five-car comparison for this issue of the base Commodore, against its four most obvious competitors - Torana, Cortina, Kingswood, and Falcon - proved to us that it really is going to change the face of the Australian car market. We believe that if GMH can build the car right - and there are problems in this area which we detail later in this issue - then meeting the demand is going to be The General's biggest headache.

Such is the standard of the Commodore that it is going to draw sales away from a far broader spread of cars than just the medium sixes. GMH lists its competition as Falcon, Valiant, Datsun Skyline, Cortina Six, Volvo, Toyota Cressida, and Sigma in claiming that half of the forecast 65,000 Commodores it will sell in 1979 will be business which would otherwise have gone to other companies.

We would go further and say that the new Holden deserves to sell way up-market and should draw sales away from Peugeot, BMW, Mercedes-Benz, Jaguar, Rover, Saab, Citroen, Alfa, and Lancia as well as deep down into the four-cylinder market of Datsun 200B, Toyota Corona, and Mazda. The Commodore will satisfy them all. 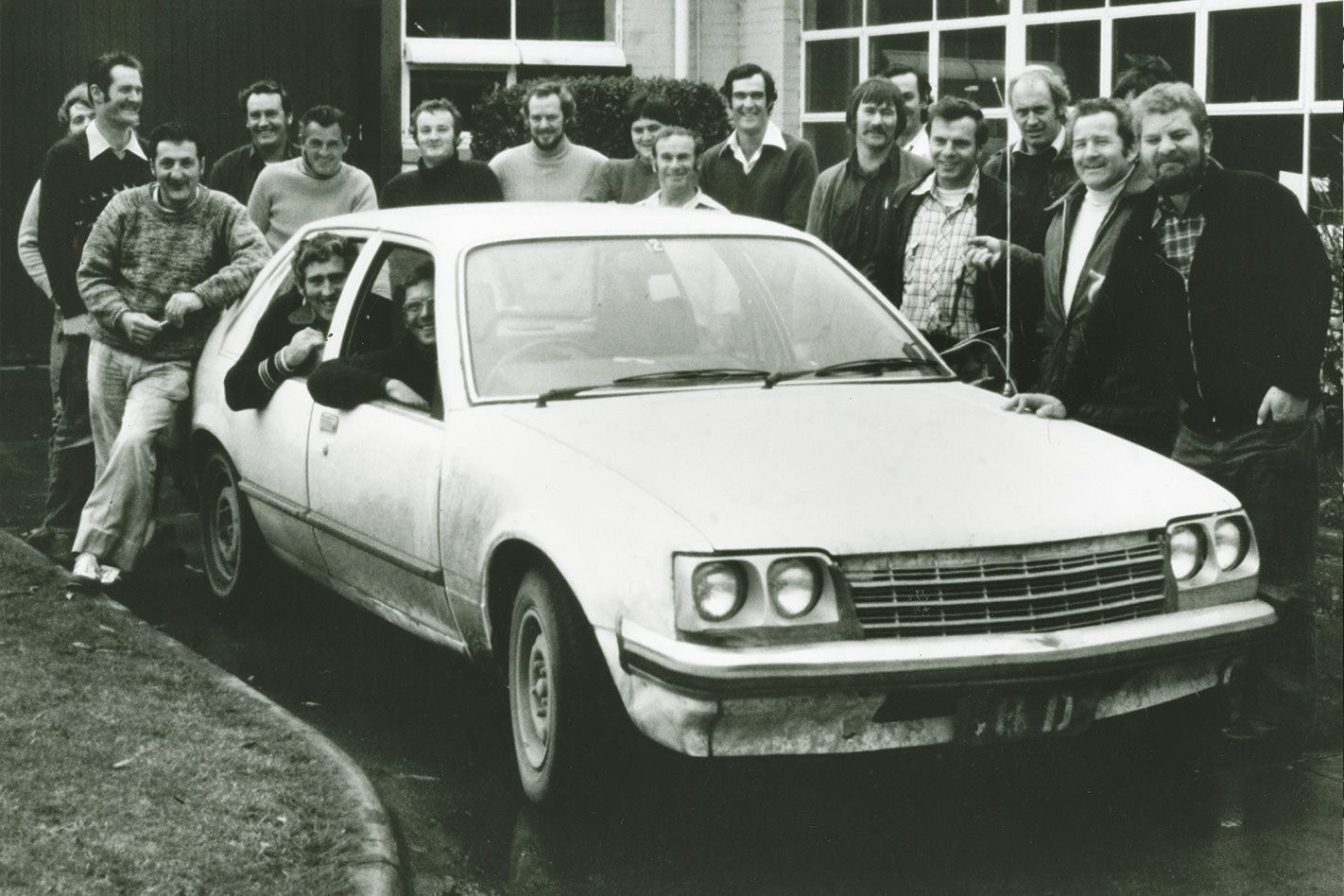