IT MAY have been uglier than a Shar-pei licking salt off a saw blade, but Toyota was actually on to something when it conceived the X-Runner concept for the 2003 Melbourne motor show.

While Ford and Holden were busy knocking out rear-drive sedan-based utes, the Japanese maker’s local design outfit was creating a version that had four-wheel drive and a boosted ride height for more adventurous tradies.

And what do you know? – 14 years later, the one-tonne ute is king, lead by the Toyota Hilux as Australia’s favourite car, while the car-based ute has been put out to pasture.

At the time, Toyota probably had no idea just how prophetic its concept car was, but its intended purpose was not to offer an insight into the future of the Australian car market, but to convince head office that a local R&D centre made sense. 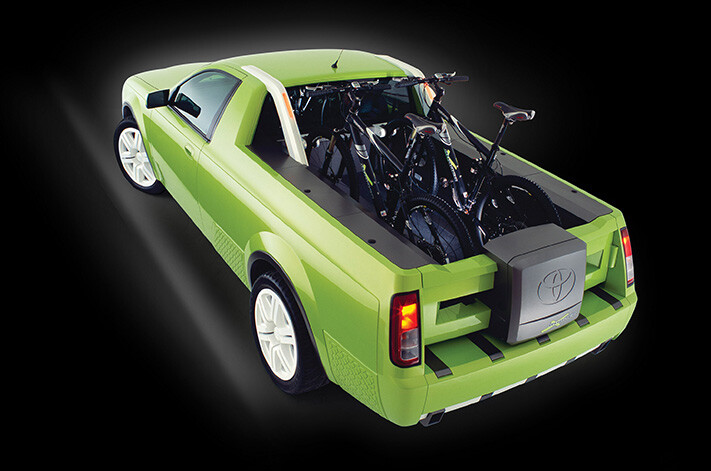 The plan was a partial success and Toyota is still turning out the occasional concept including the most recent 86 Shooting Brake, as well as the other projects that we don’t get told about.

For the 2003 show car, Toyota pinched some of the 4x4 bits of the Lexus RX300 of the same year and matched it up with the rear axle of a Tarago. Power was courtesy of a 3.0-litre V6 petrol that had a nip of spice in the form of a TRD supercharger.

Much of the remaining construction was borrowed from the Avalon large sedan, including a fettled version of its nose, although its wheelbase had been chopped and stretched by 150mm, while the jacked-up suspension set up offered 210mm of ground clearance. 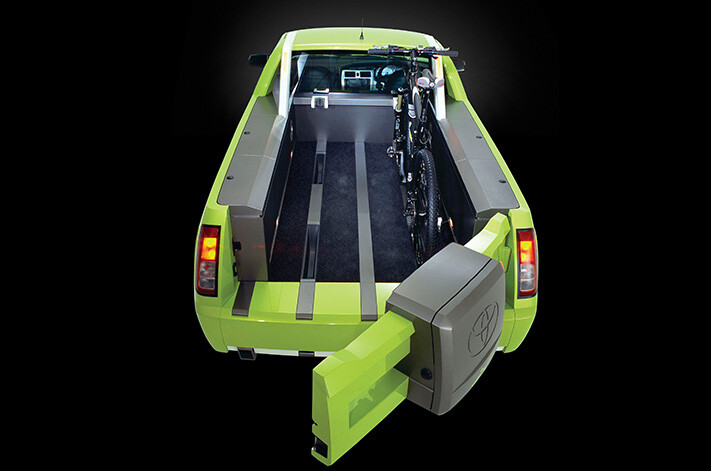 Out back, the X-Runner’s tray incorporated special slots to park mountain bikes with enough load area to close the farm-gate-type tailgate, although modern day 29ers might not fit as snugly.

The load area also incorporated a number of other forward-thinking ideas such as a 17-inch plasma screen (no LED TVs in 2003) which displayed the location of mountain bikers via GPS tracking. Ice boxes, floor lighting and a tailgate storage bin that resembles a drag-chute were also included for post-ride convenience.

Unlike some far-fetched concepts that never expect to see the real world, Toyota pushed hard for permission to produce a showroom version of the X-Runner and, while the car never came to fruition, Toyota still has the last laugh.

It didn’t have a low-range of cogs in its four-speed automatic transmission and the 19-inch Dunlop rubber on white alloy wheels were strictly on-road propositions, but the concept was a clear step in the direction of all-terrain utes nonetheless.