How does one quantify driving satisfaction? Unlike lap times, zero-to-hundred sprints or cornering G, you can’t really assign a number against how thrilling a car is – that quality is somewhat intangible.

Nevertheless, here are the five most enjoyable cars we steered in 2016, in no particular order. Why no supercars? Well, what’s sterling on a race track can be downright terrifying on a twisty country road. These five can be enjoyed on virtually any type of tarmac:

BMW’s M division took the BMW M235i, juiced up the 3.0-litre six, threw out its suspension in favour of M4 hardware and injected some collagen into its fenders to create the M2 - and we’re glad they did. In doing so, BMW crafted what is perhaps one of its most satisfying performance cars of modern times. Like a shrunken M4, it boasts a wonderfully adjustable and neutral RWD chassis (a BMW M hallmark), a responsive and silky-smooth six-pot motor, and - praise be to the motoring gods – it’s available with an H-pattern three-pedal manual gearbox for maximal motoring purity.

Porsche copped flak for deleting two cylinders from the Boxster’s flat six and substituting them with a turbocharger, but though the soundtrack has less timbre than it used to the trade-off is a big ol’ whack of turbo torque that transforms the topless Porka. Besides having more peak power and torque, the 718 Boxster and 718 Boxster S has massive grunt down low which makes it a lot easier to rotate, not to mention a great deal faster in a straight line. The steering ratio is quicker than before too, and the Boxster’s awesome balance and superb handling haven’t been impacted by the move to forced induction.

HSV’s last-ever naturally-aspirated car is also its most focused from a handling perspective, with a track-biased suspension that trades comfort for cornering, and a bulging brake package borrowed from its big bro the HSV GTS. 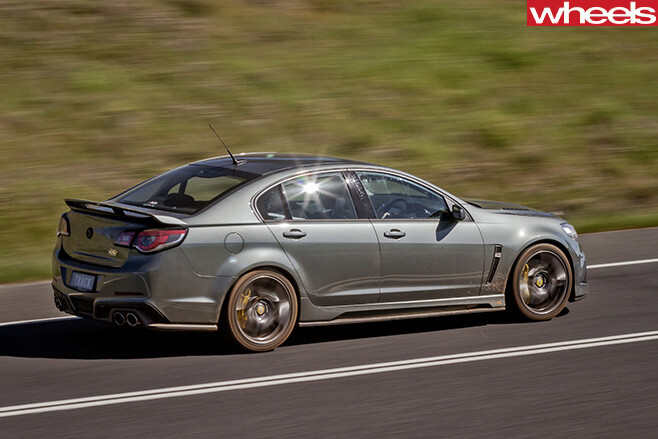 No longer in production thanks to tighter emissions laws, the limited-edition atmo R8 was pitched at track-day junkies – people who appreciate that power isn’t necessarily the be-all of a good performance car. For combining savage big-cube V8 grunt with taut RWD underpinnings and circuit-spec supporting hardware, the Clubsport R8 Track Edition gets a nod from us as a sterling example of a driver’s car.

Peugeot’s 308 GTi 270 is a textbook example of how to do more with less. At just over 1200kg empty it is the lightest car on this list by a wide margin, and with just a 1.6 litre four-cylinder under the bonnet it’s also the smallest-engined by nearly a full litre. 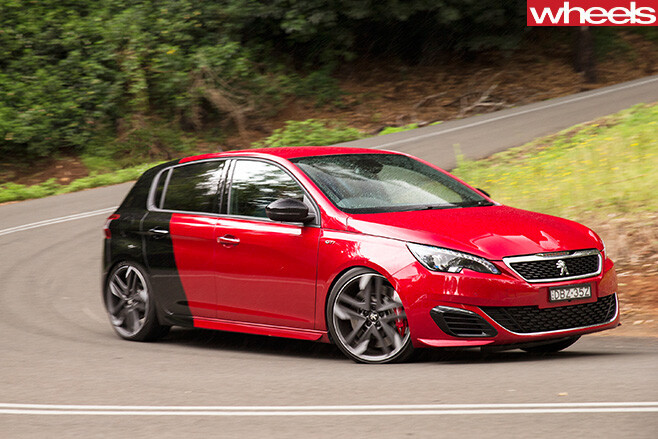 But, thanks to a turbocharger stuffing huge gobfuls of air into its inlet tract, the little 1.6 performs like a far bigger engine – and with just 1.2 tonne to lug around its 200kW/330Nm output is more than sufficient to deliver genuine driving bliss.

Other GTi 270 highlights include its pointy steering (and go-kart-like steering wheel), slick six-speed manual, proper limited-slip differential, glorious suspension and mega-strong motorsport-grade braking package. A lot of performance gear – and plenty of adrenaline – for a hot hatch priced under $50k.

When a carmaker puts a button in a car labelled “Drift Mode”, it sends a powerful message about the intent of said vehicle. That message being, “you’re gonna have fun driving this one”. But the Ford Focus RS deserves plaudits for more than just its oversteer cheat code. Its WRC-spec soundtrack, for example, is another endearing facet. As are its mega straight-line performance and ability to launch with more force than a Saturn V, not to mention its clever torque-vectoring AWD hardware and colossal grip levels.

It’s a touch rough around the edges, though, and its taller-than-an-SUV driving position definitely won’t suit everyone, but for sheer giggle factor the Focus RS delivers big.