One of the world’s most popular motoring commentators talks us through his eclectic garage, in typically candid style

INTERNET sensation Chris Harris was in Australia recently and – as well as tipping him into a Maloo for some tyre-melting fun – Wheels asked him about his large and varied car collection.

Harris currently owns 16 cars and one motorcycle, but has a unique approach to his personal garage.

“I don’t buy cars to speculate on the market,” he explains. “I’ve always done it so I can drive something and it doesn’t cost me any money. Everything is about the ability to have toys.

“I don’t own a Porsche. For someone accused of being paid by Porsche, I don’t own one. I’d like to.

“I’ve got a shed, and I rent a little unit as well. But I plan to build one big shed they can all live in.

“I’ve only ever bought one car to purely speculate on the market and that was the 2.5-litre Evolution M3.

“For me, it’s a net existence. If I start to make money on cars, I spend it instantly on the wrong cars.

“For example, this year the (Ferrari) 512 has been going up at a crazy rate, so I thought, ‘F--k it, I’ll buy an FF, put it on finance and it’ll only cost me $10,000 but I’ll sell one of the other cars later in the year and the profit will cover my loss there.

“Everything is about the ability to have toys. But if you have toys, they have to work when you want them to work. If you’ve got one weekend at home in a month, what I don’t want to be doing is going to a car and spending two hours getting it started, buying a new battery.

“So they’ve got to work. And that’s where I always get it wrong. None of my s--t ever works.”

Here, then, is Chris’s candid rundown on his 16 cars and bike, in his own random order:

“15-inch wheels, no air-con. I think the E39 5 Series is possibly the greatest series production vehicle in the world. I just think it’s an awesome car and I always thought I’d just get one and put it away – and not an M5, either. A friend’s dad had one from new from ’96, but he just got too old, so I don’t know why I bought it; it’s utterly useless for me. It needs some bodywork done to it, and it’s only done 70,000 miles and it’s one-owner; I quite like that.”

“That’s the square-rig M5 from 1986; I think that would be the last car. That’s THE car, that one is. Someone sent me a note on Twitter a few years ago saying they’d written theirs off, so I bought that, too, case you need bits for these things. So I’ve got a spare one of that.” 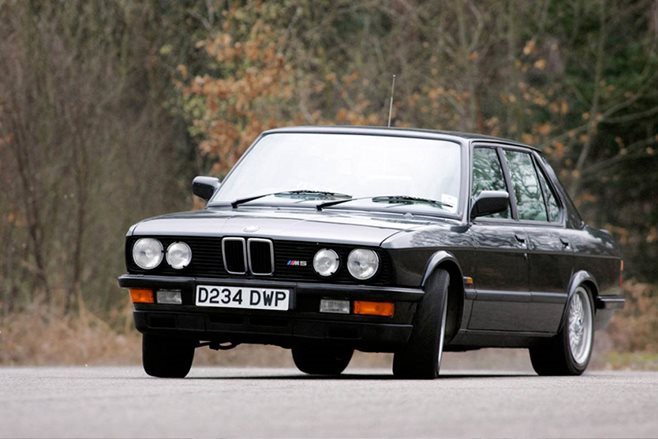 “Soft dash, so that’s the weird one they made in 1994 for one year. That’s mint; it’s burgundy and it’s bloody lovely.” 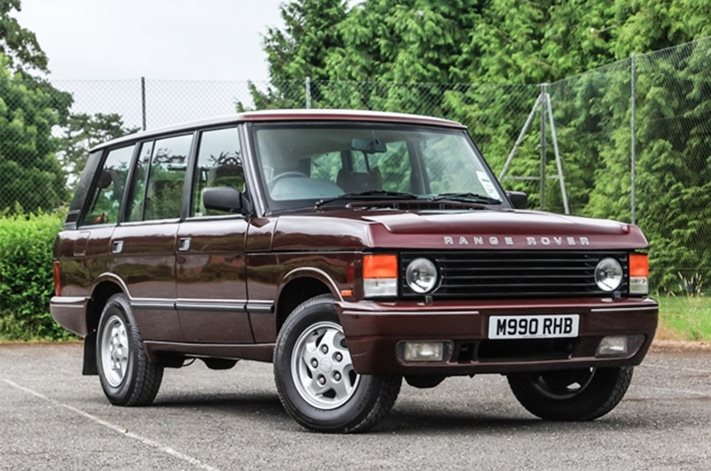 “So the last one they made with the 5.0-litre supercharged V8 that we use for the winter time. It probably needs to be sold. The theme here is I have a lot of cars that need to be sold. I’ve got a lot of cars but never any money. It’s green, dark green, with a caramel interior, it’s proper British spec and clear glass and small wheels.

EVERYTHIING HAS TO HAVE CLEAR GLASS AND THE SMALLEST WHEELS POSSIBLE; REMEMBER THAT, OK?”

“It’s a weird machine. The famous one is the 205 GTI obviously, but they did one called an XS, which was a 1360 Tu engine, with a lovely little five-speed gearbox on the side, and it had a twin-choke SU carburettor that gave you a lovely resistance when you accelerated, but if you pushed a little bit further when you accelerated, at the bottom it opened up a second throttle on the carburettor . It was like an analogue little VTEC baby. It’s a cool little car. It weighs about 805kg, 85 horsepower; if you drive them quick, they’re as quick as a 1.6-litre GTI but no one even knew about them. And they run a 165 tyre instead of a 185 tyre, so it’s narrow. I‘ve minted it up.” 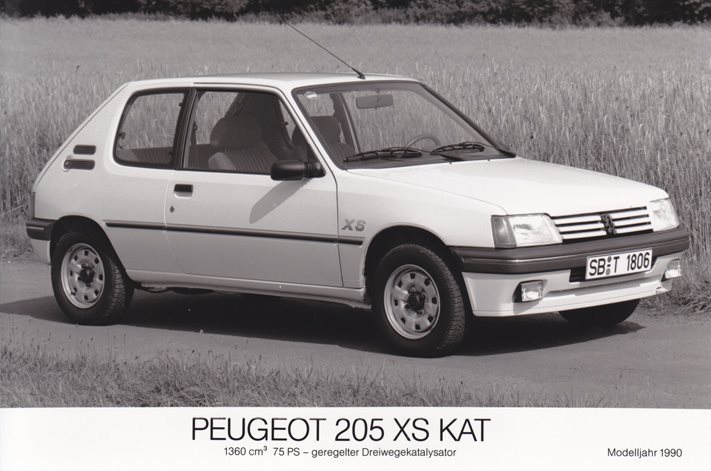 “That’s the lightest hot hatch they ever made, 722kg, with the same powertrain as the 205 XS, same engine, same gearbox and that thing can do 112mph and it does 60 in 8-something. When you’re in it, it feels so fast because it’s so light. And I swear if you hit a sparrow in it, the sparrow would walk away and you’d be dead. It’s the worst car to have a crash in. And the door pockets have massive bins in them that will fit a full bottle of white burgundy.”

“That was a special car, a proper homologation car that Peugeot made in 1990. They made it for the sub-1300cc Group N rally championship in Europe. So they took the 205 XS shell and made a screaming 1298cc motor with crazy cams and twin-choke Webers on; it produces 100hp. They’re rare as rocking-horse s--t, so I’m having that.” 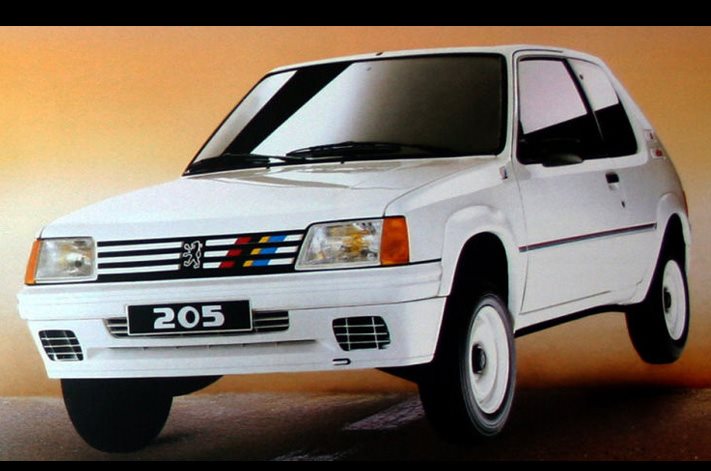 “It’s a ripple-bonnet and I use it more than anything else actually because the kids love being in that.”

“The last one with the wide arches. That’s a bit of a folly, really; I suspect that one will need to be sold to fund videos. But they seem to be going up in value daily. Good fun to drive. They’re a bit over-rated on the road; they’re not that quick and the driving position is a bit s--t. But that one, if you’re up it, on the right road, it’s still fabulous. But I reckon it’d be blown away by a 320d.” 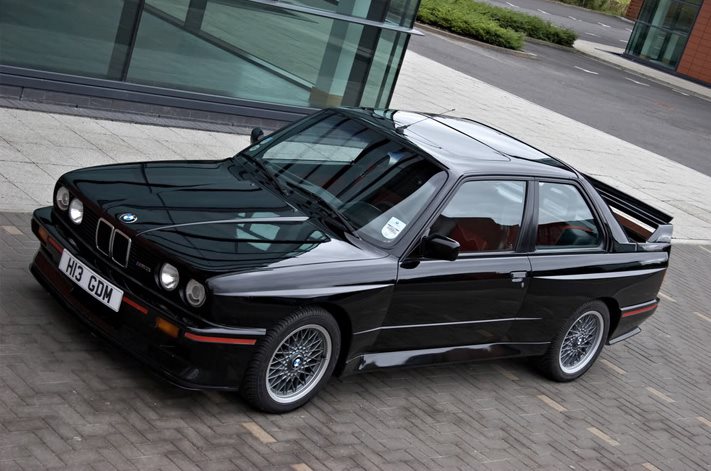 “I bought that for three grand and it’s some of the best fun I’ve ever had in a car. I’ve done a few rallies in it. It’s wicked fun.”

“I’ve built this proper E30 M3 Bastos car that (Patrick) Snijers used to drive. Prodrive ran a works BMW rally team for a while, which was odd. That’s got totally out of control; it’s cost me a fortune. I won’t say what I’ve spent on it, but I think I’ve done 24 stage miles in it this year and I could have bought a Maloo for what it cost to do those 24 miles. Of course I had to butcher an E30 M3 to build it and in the year since I’ve started that process, they’ve doubled in price.”

“That’s my family car and I lease that; it’s the only sensible thing I do.”

“I specced my RS6 to match an RS6 I saw on the Australian press office (site) actually. It’s the flat grey paint. It’s just fantastic.” 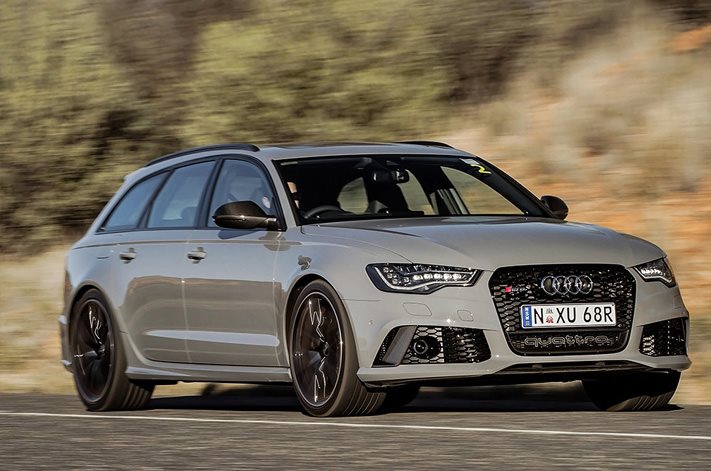 “I’ve got an SP1, which is the equivalent of a 996 GT3 RS. It’s an homologation Honda designed to take on the Ducati 916. I can ride it, really badly, but I just like having it to look at, and occasionally polish. I don’t actually understand motorbikes. You’re going to play this back and think this bloke’s mad. He can’t concentrate on anything for more than a minute. It’s a good window into how my brain doesn’t work.”