The latest M5 has some big boots to fill, with a legacy of five generations of talent spanning more than three decades.

THE latest M5 has some big boots to fill, with a legacy of five generations of talent spanning more than three decades.

Some were good, others great, but plotting the timeline provides an insight into how technology and tastes have shifted,sometimes subtly; occasionally with huge generational strides. 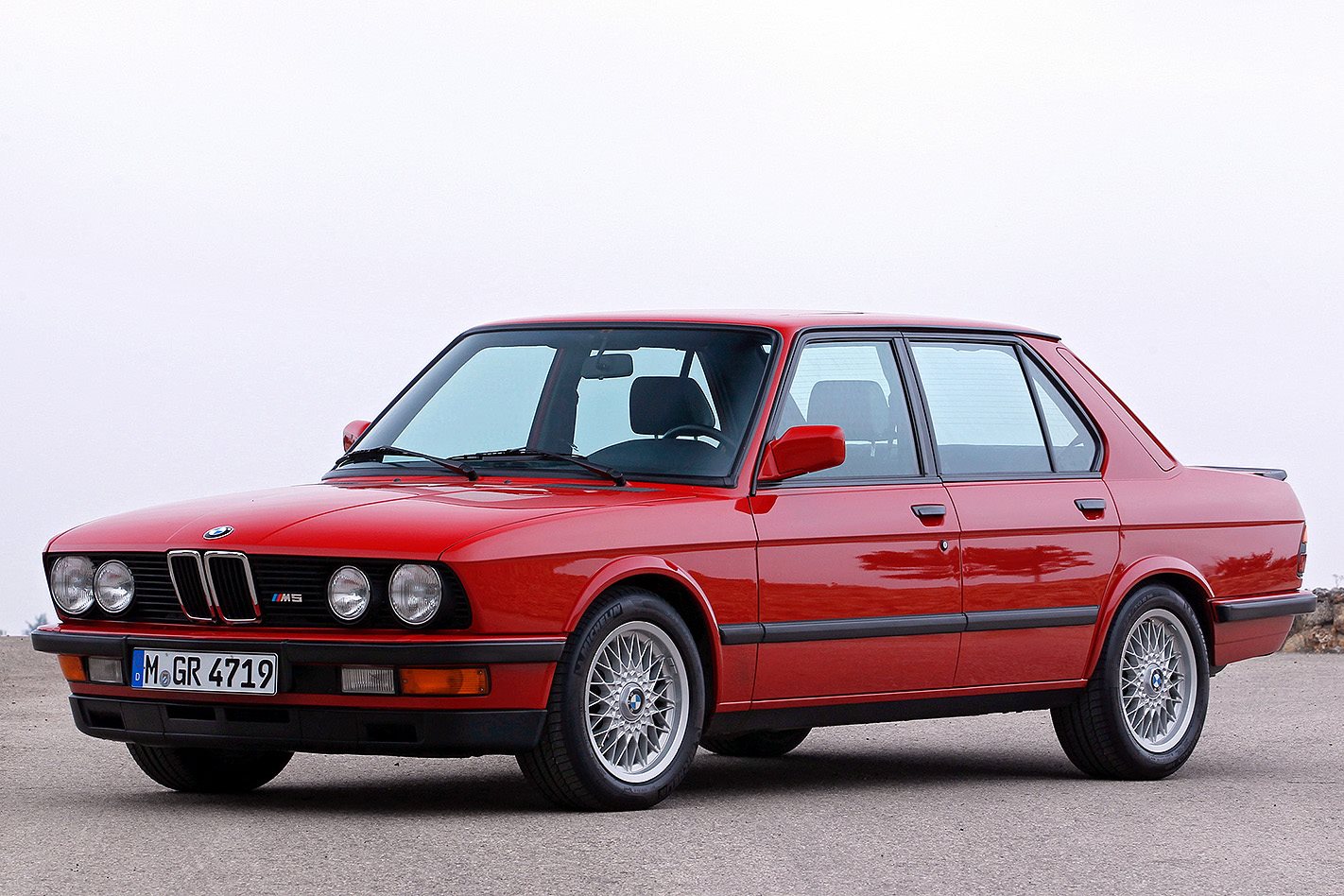 The M5 never claimed to be the first hot sedan but it did redefine the genre, delivering dynamics normally associated with exotica. At the time of its global launch, only four cars on Wheels’ price list packed more power: the Porsche 928S, the Aston Martin V8 Vantage and the Lamborghini Countach, none of which had four doors and a boot. It’d be five years before a home-grown sedan eclipsed this figure, by which time BMW had moved the game on again. 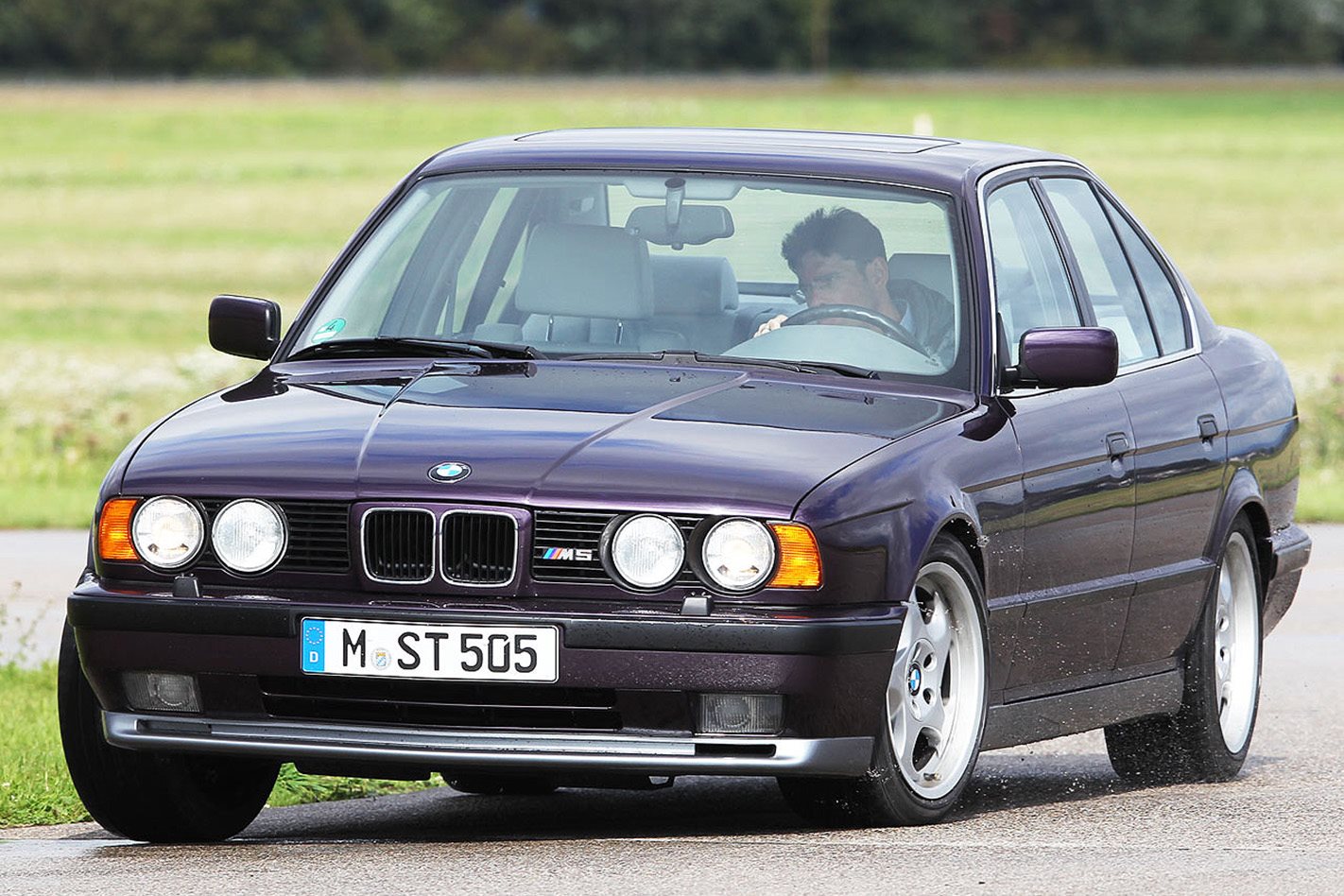 Bigger and more polished, the E34 cost a heady $169K back in 1995. Wheels’ rent-a-racer Kevin Bartlett pronounced it “the best road car I’ve ever driven – close to perfect” in our September 1990 comparo. The engine was uprated to 3.8-litres in 1992, restoring the BMW’s power advantage over the Porsche co-developed Mercedes-Benz 500E introduced the previous year. But a new wave of turbo tearaways had already prompted an underbonnet revolution... 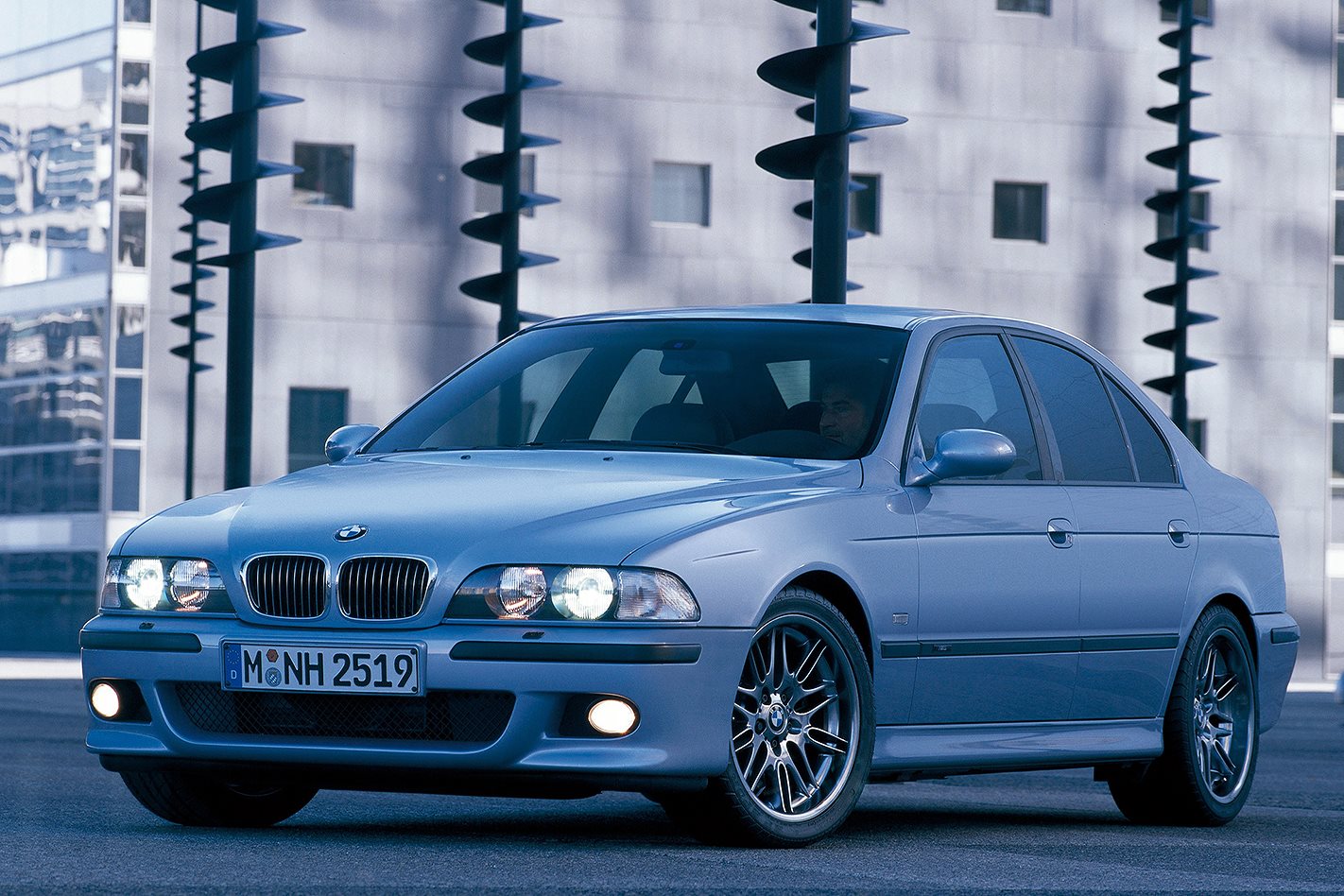 To many, the E39 was the sweet spot in the M5 timeline and it’s easy to see why. An operatic 4.9-litre V8, elegantly understated styling and a chassis of near-genius were the constituent parts. It also featured tech like stability control, floating brake discs and variable valve timing on both intake and exhaust. It arrived after a hiatus of four years where the E36 M3 sedan had temporarily filled the M5’s boots, but there was something wild and exotic about the M5 that set it apart. 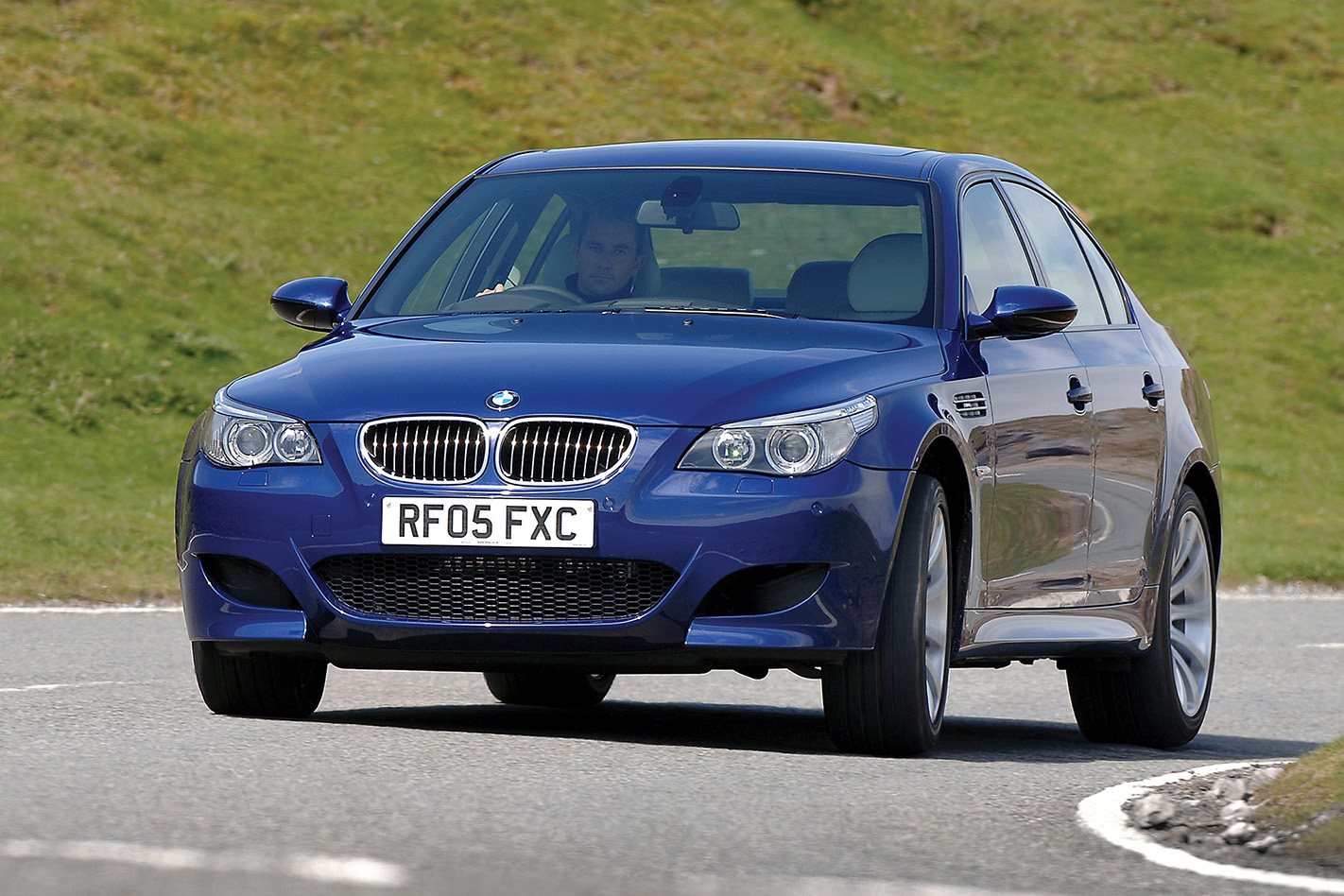 Formula One’s V10 era lasted from 1989 until 2005 and spawned some of the most ear-splitting engines in the sport’s history. The M5 got its own atmo ten-pot in 2005, the all-new S85 engine and Getrag semi-automatic gearbox making the old E39 instantly look a bit quaint. The Bangle-era styling was less of a hit but has aged relatively well. It got an array of drive modes, launch control and the contentious iDrive, but the M5’s atmo zenith was never shy of charisma. 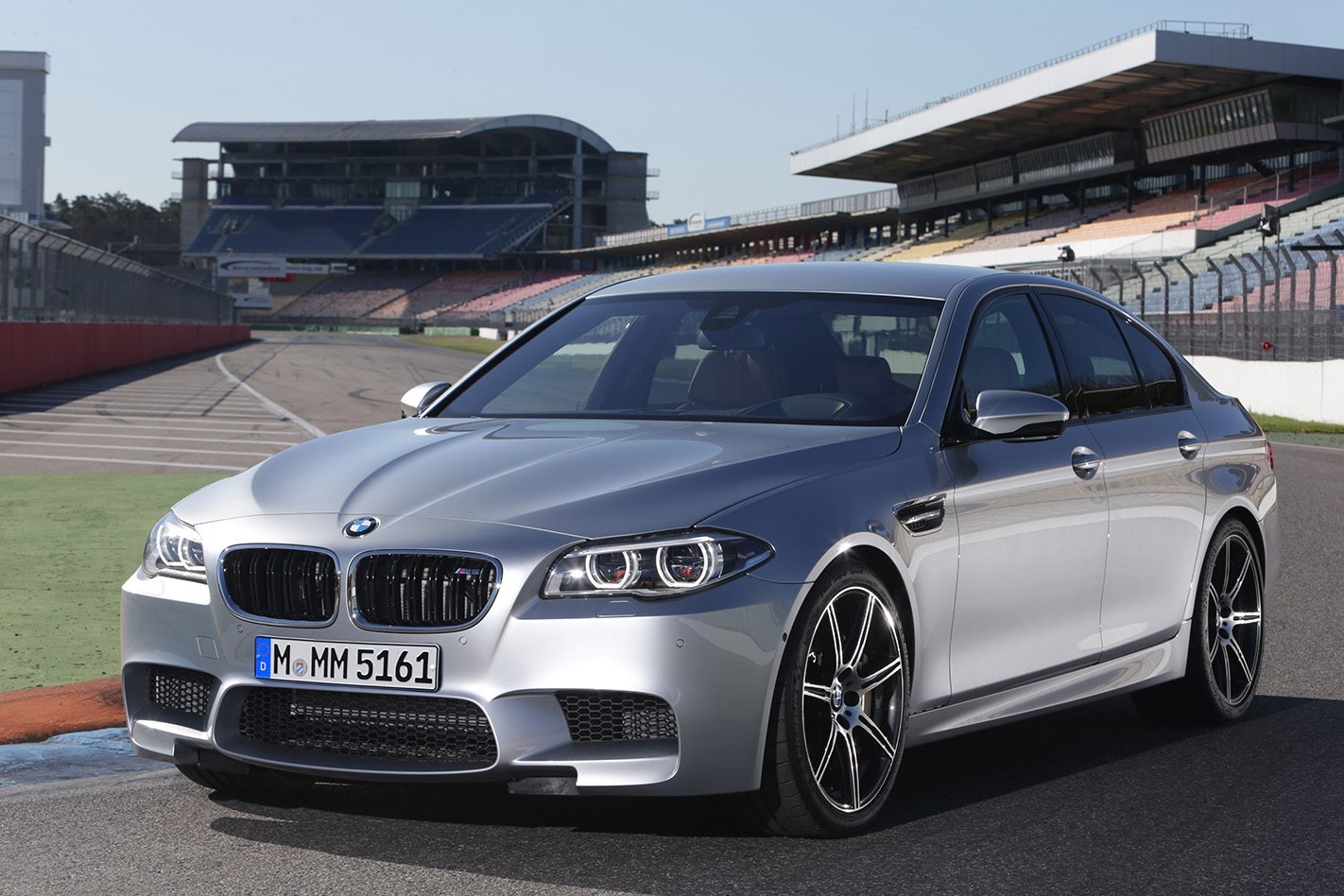 Post GFC, the M5 needed to inject some measure of pragmatism into its genetics and the twin-turbocharged F10 was the result. Lower key but harder-hitting than ever before, the F10 was also more fuel-efficient. The blown V8’s acoustics were given a boost by an in-cabin audio symposer, and torque vectoring helped it to shave a healthy 18 seconds off its predecessor’s Nurburgring mark. But it lacked attitude, which next year’s G30 M5 looks set to sort... 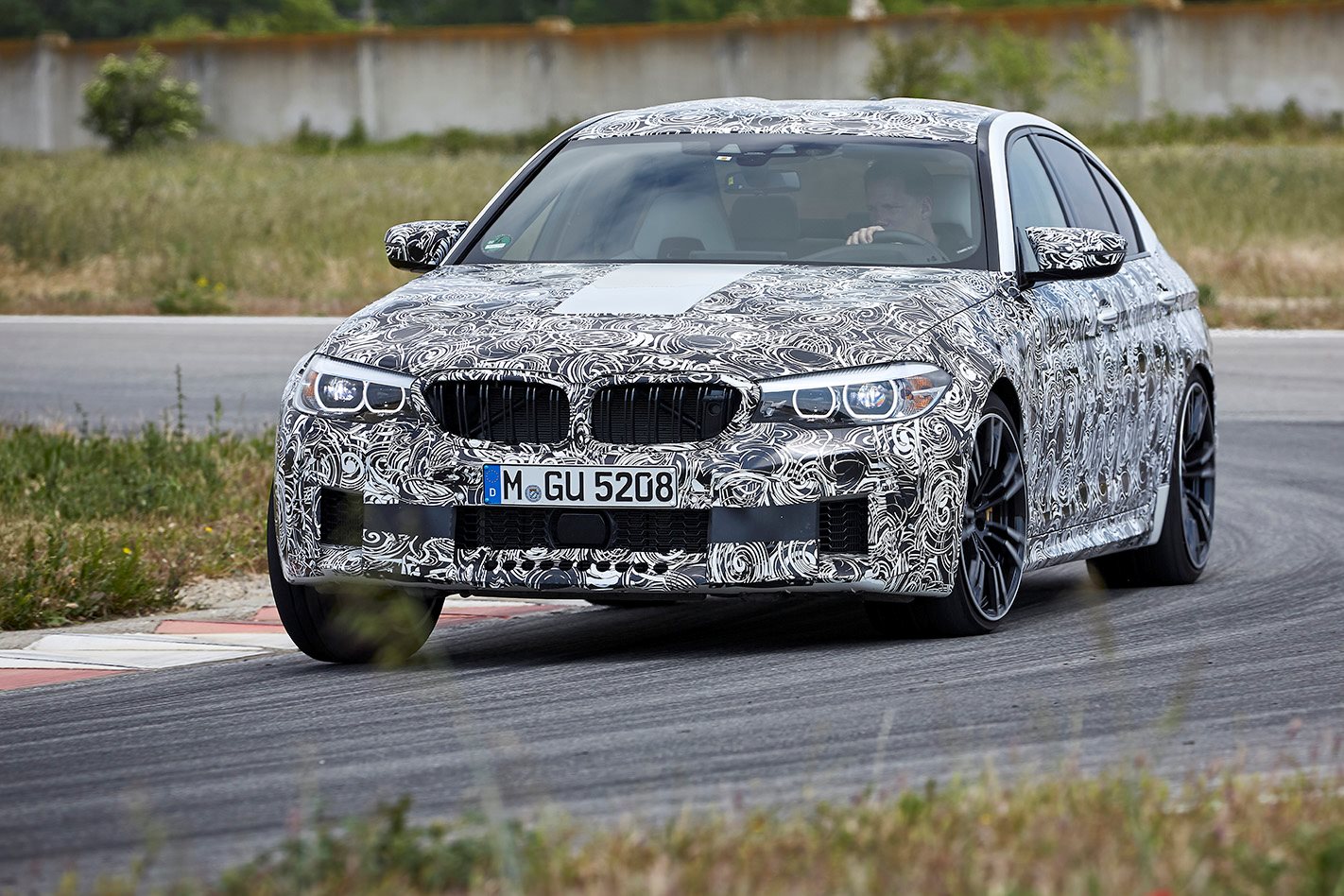 A drive of a prototype F90 M5 suggests the production car will once again raise the bar. John Carey writes, “The new M xDrive system gives the next M5 the choice of all-wheel or rear-wheel drive. It’s basically an all-wheel-drive car, with a sideways and smoking rear-drive option. According to [BMW], the F90 M5 is quicker in ‘2WD’ than the rear-drive F10 M5 it replaces and can rip from zero to 100km/h in “less than 3.5 seconds”. This is around a second quicker than the current M5, and happens to be right in the same near-supercar acceleration league as the Mercedes-AMG E63 S.”