THE MOST expensive Mercedes-Benz model you can buy right now is the S65 AMG Cabriolet, an imposingly sized, drop-top grand tourer with a force-fed engine and opulent interior.

Few rivals can match its combination of elegance, aggression, grace and pace.

Rewind a mere 80 years and you’d be describing another Mercedes-Benz, the 540K, in its four-seater cabriolet or even more exclusive Special Roadster guise. 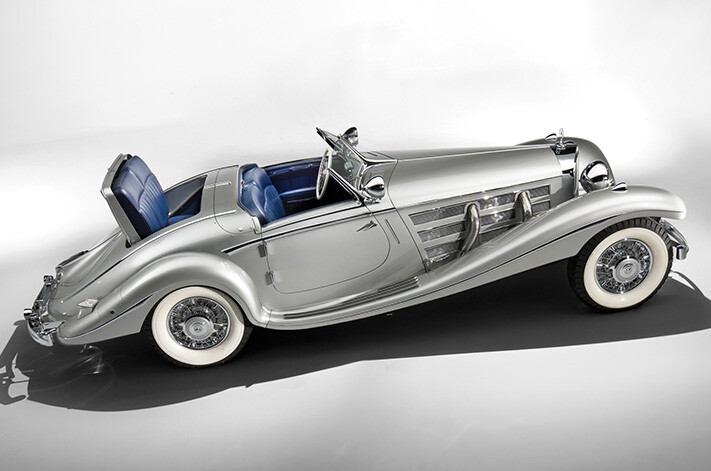 Known internally as the W24, the 540K – introduced in 1936 at the Paris motor show – had at least a spiritual connection to the pre-Depression SSK (‘Super Sport Kurz’) racer, whose supercharged, SOHC in-line six-cylinder engine was developed by Ferdinand Porsche.

About half the 40 SSKs built were delivered as racing cars; the remainder would signal a growing market for exclusive sports-touring road models. These began to take shape in the 380 (1932) that introduced a 3.8-litre, straight-eight OHV engine – many fitted with a kompressor (supercharger) – and the company’s first all-independent suspension. 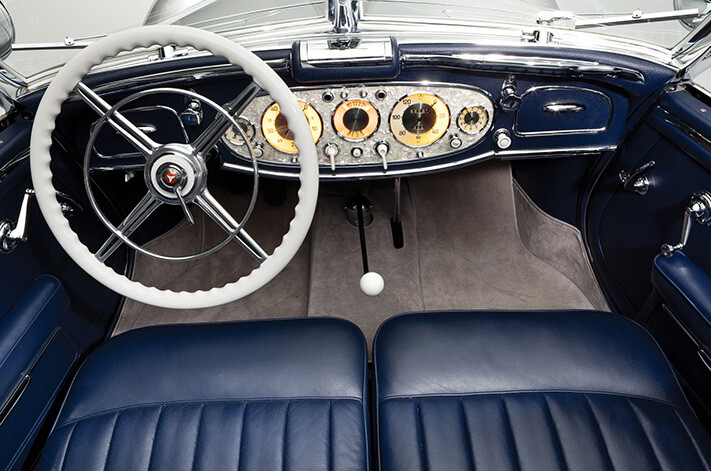 The evolution of that, in turn, was the 5.0-litre 500K (1934-36), whose genuine 100mph performance and opulent styling soon found its full voice in the bigger-engined 540K. Of the body styles fitted, the majority were designed by in-house maestro Hermann Ahrens and built by the company’s own Sindelfingen coachworks. And the ultimate indulgence was the 540K Special Roadster.

It had everything: colossal size (at 5.3m long), imposing power (135kW being spectacular stuff in a production model), yet achingly elegant lines. Even among those Germans who couldn’t afford it – which was all but a few hundred of them – the 540K was symbolic of a nation whose miraculous economic recovery from WW1 rode, to a considerable extent, on the investment in its autobahns, its automotive industry and its engineering superiority in general. To this day, it is regarded as one of the most beautiful cars of all time. 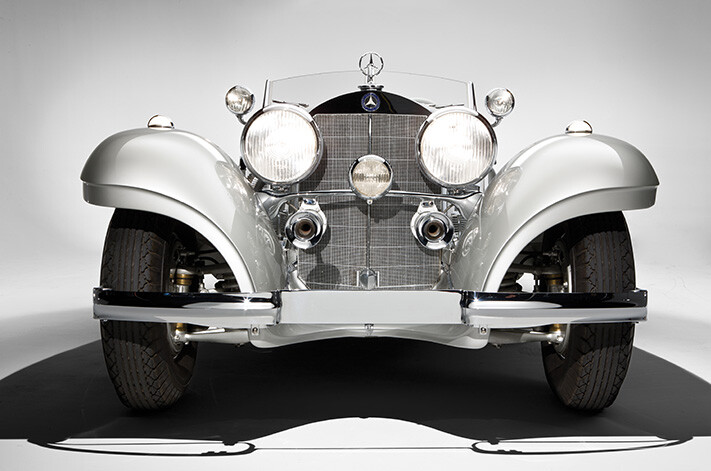 For Mercedes-Benz the 540K was no less significant in cementing the company’s recovery from the Depression years: in 1932, its total automotive production was just 6000 units, but by 1935 this had escalated to more than 15,000. By 1939, prior to the outbreak of war, it was on track to produce 30,000 vehicles.
Of the 540K series, Mercedes-Benz built just 419 examples, which were variously delivered as bare chassis, two-door sedans, roadsters and a majority in cabriolets. It’s believed that only 25 were fitted with Special Roadster coachwork. The surviving examples now fetch in the region of US$10-$12m. The straight-eight, OHV, twin-carburetted 540K displaced 5401cc, with a Roots-type supercharger engaged mechanically via the throttle pedal, its 0.5-bar delivering an additional 50kW, for peaks of 135kW and 431Nm plus a 180km/h top speed. Transmission was a four-speed manual; an optional overdrive fifth came later. A roadster measuring more than 5.3m in overall length suggests a dedication to spoiling its two occupants, and the 540Ks thus bodied didn’t disappoint. Amid a sea of incredibly plush leather was the instrument panel backed in real mother-of-pearl, with ivory control knobs and instrument dials and lashings of deep chrome-plated steel. The white Bakelite-rimmed steering wheel even has a spark-advance lever in its hub.