Dry sumps used to be the preserve of only the most sophisticated and hardcore race cars, so why are they starting to trickle into road car rockets?

LESS than a second. That’s how long a highly-strung engine lasts if it loses oil pressure at full chat, so it's vital that a modern sports car's lubrication system is capable of sustaining whatever gets thrown at it.

While the traditional ‘wet sump’ has served in high-performance applications adequately for decades, the increasingly athletic ability of serious road cars has called for the next step up in lubrication.

Like many innovations in the most potent road cars, the ‘dry sump’ finds it origins in racing and a growing number of showroom models including the HSV GTS R W1, Mercedes-AMG GT, Ferrari 488, Lamborghini Huracan Performante, Porsche 911 GT3 RS and Aston Martin V8 Vantage have all employed the technology, but why? 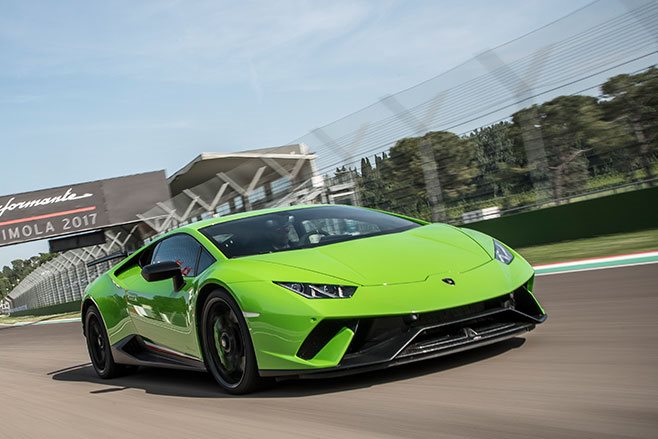 Like an ocean liner’s swimming pool in high seas, the oil that puddles in a wet sump is free to slop and splash around as the vehicle moves, and in the case of prolonged cornering, braking and acceleration, the oil can be forced into one part of the sump for a dangerously long period.

If the vital oil supply surges away from the oil pump pick-up, starvation can occur and that can lead to your engine being transformed into a big, useless, solid lump of frozen metal. It's an expensive way of sourcing a new coffee table for the rumpus room, let's put it that way. 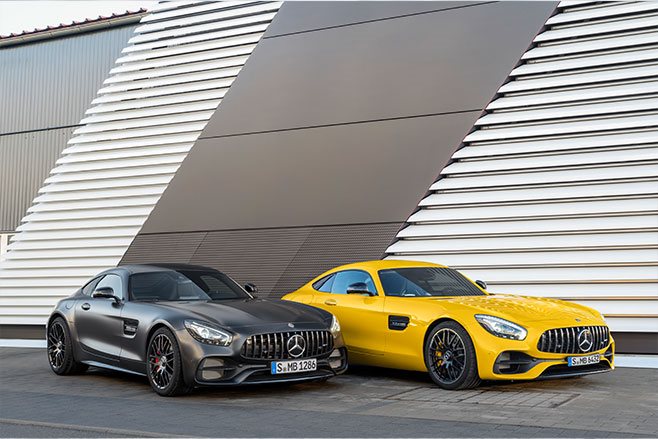 But instead of allowing the oil to pool in the sump, a dry sump system scavenges the oil away from the ‘dry’ sump as soon as it has finished its cycle. This collected oil is then sent by the scavenge pump to a reservoir where it is stored before a second pressure pump starts the cycle again.

At least two pumps are required for any dry-sump lubrication system, although many employ several scavenge pumps to recover oil from the pan more efficiently. A de-foamer is also commonly used to remove air from the oil before it is recirculated, while a cooler is also often placed in the system to remove heat from the oil and engine.

The advantages are many. The reservoir guarantees a supply of oil to the engine irrespective of the G forces acting on it and is far more effective than baffling a wet sump which, in some circumstances, can exacerbate starvation. 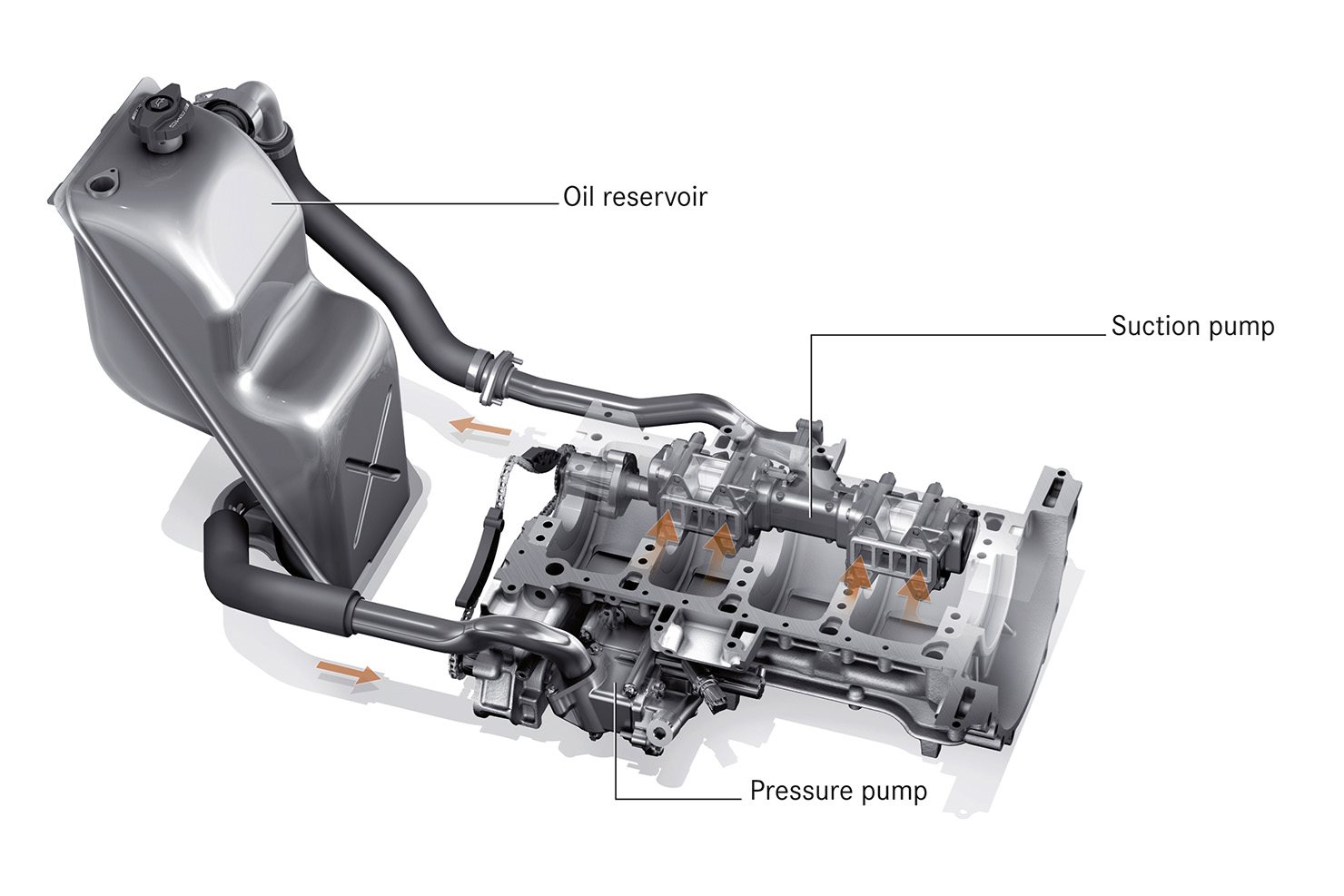 The large capacity of a wet sump causes it to hang low under the engine and is often the lowest point of the powertrain, but the dry sump has a much lower profile and allows the engine to be mounted lower in the chassis, lowering the overall centre of gravity.

The external reservoir allows a greater capacity of oil to be stored (10 litres in the case of the HSV GTS R W1), which increases the amount of time the oil can be cooled and reduces the risk of a low oil level. 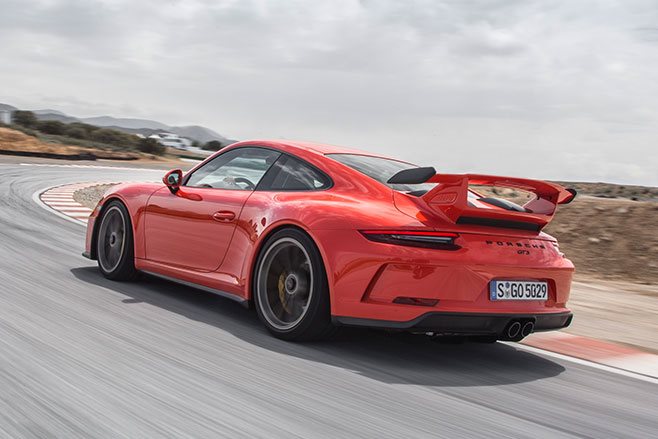 Power advantages are also possible by reducing losses experienced by the viscous resistance of the oil on moving components such as the crankshaft and pistons. The remote reservoir allows it to be located almost anywhere under the bonnet.

As with any engineering decision, there are nearly always compromises, but dry-sump lubrication has only a few, including the most obvious – cost. The system is more complex and requires more hardware which will affect the bottom line of any car.

Other than that, a few potential minor problems regarding oil starvation to components that would normally be ‘splash lubricated’ by a wet sump can be easily solved and are far outweighed by the system advantages.

With its clear benefit to performance and reliability, you can expect to see more dry sumps under hot cars on these pages soon.