It’s the blood of your engine, and modern oil development is serious business. We grill an oil engineer about how the game has changed

Sometimes we forget that inside our cars, as we belt them around racetracks or tip them into hairpin corners on mountain roads, is a finely tuned ecosystem of fluids and mechanical parts working in unison to create power that’s then sent to the tarmac.

A vital and little-celebrated part of this ecosystem is engine lubricant, or motor oil, which most enthusiasts have at least a basic understanding of. But oil has changed a lot in the past few decades, and even the past few years. 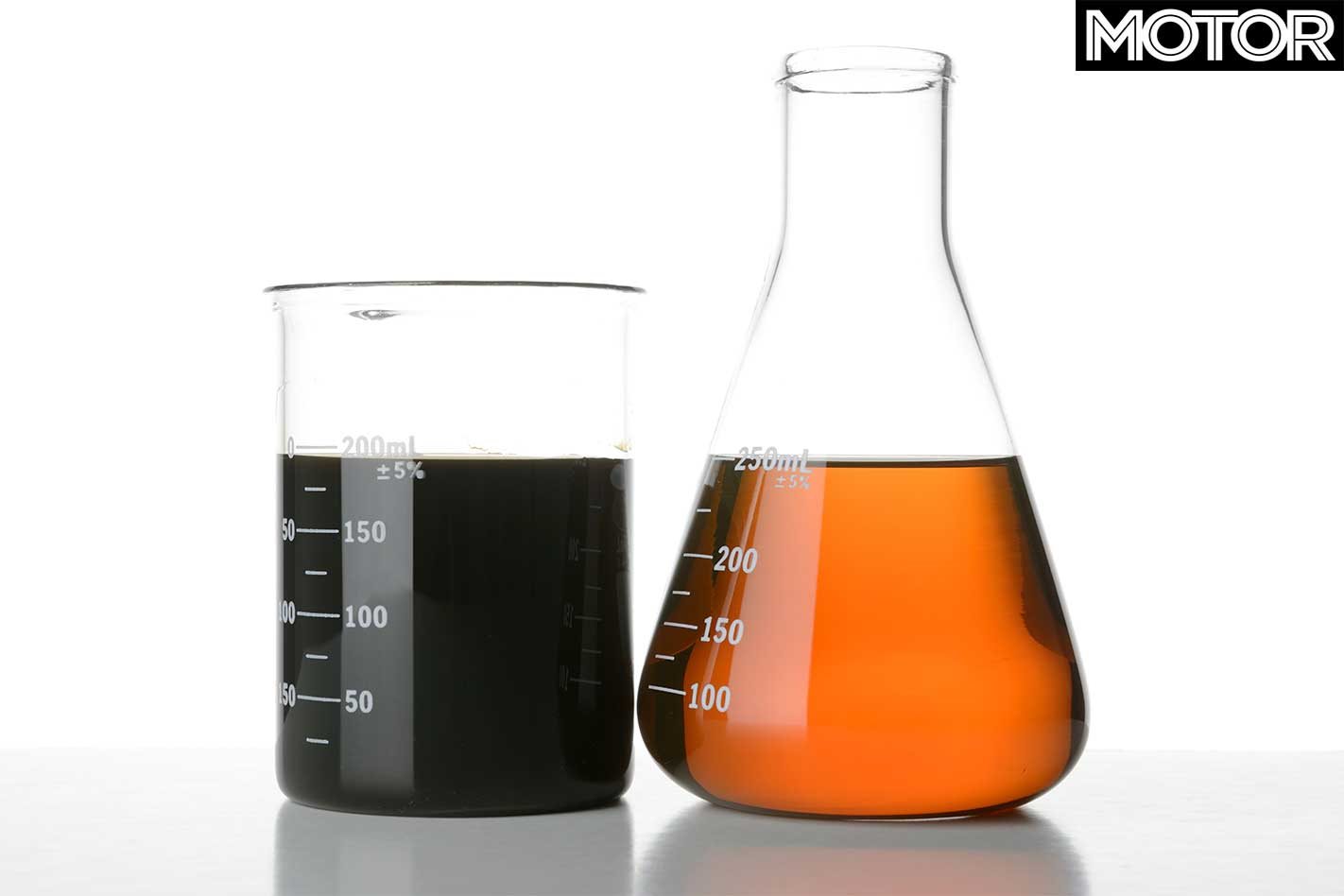 Dr Jonathan Green is an expert technologist in the Castrol Edge product development team in the UK, with more than 12 years’ experience within BP/Castrol. We asked him to explain how oil has changed, where it’s heading, and why it isn’t as simple as ‘the yellow stuff from the bottle’.

Primarily, he says the main driver of the way engine oil is composed, developed, and what its goal is depends on car technology and changing standards within industry and law. As someone working in the field of high-end oil, vehicle performance is also a major factor.

“Over the last 20-30 years, the main changes we’ve seen are the reduction in viscosity, and also around the introduction of after-treatment devices related to emissions and reducing the environmental footprint of vehicles,” Dr Green says.

“The devices we have now, whether it be three-way catalysts or diesel particulate filters, they bring some constraints that most people might not be aware of. The aim is to ensure those devices are not impacted more than necessary over their lifetime.

“There are certain things in lubricant that we’ve had to change. We’ve had to reduce the amount of SAPS, or sulphated ash, phosphorus, and sulphur. That’s one of the key changes, reducing the use of SAPS in order to ensure we have a lubricant that’s working well with the engine and with the after-treatment device.”

Dr Green says developing motor oil, or engine lubricant, often comes down to a balance between delivering the right level of durability for high-pressure turbocharged engines that are becoming more common, and allowing the engine to move without resistance from the oil.

It’s development like this that sets the high-end oil apart from the sort of oil you can pick up cheaply at the supermarket or automotive outlet. 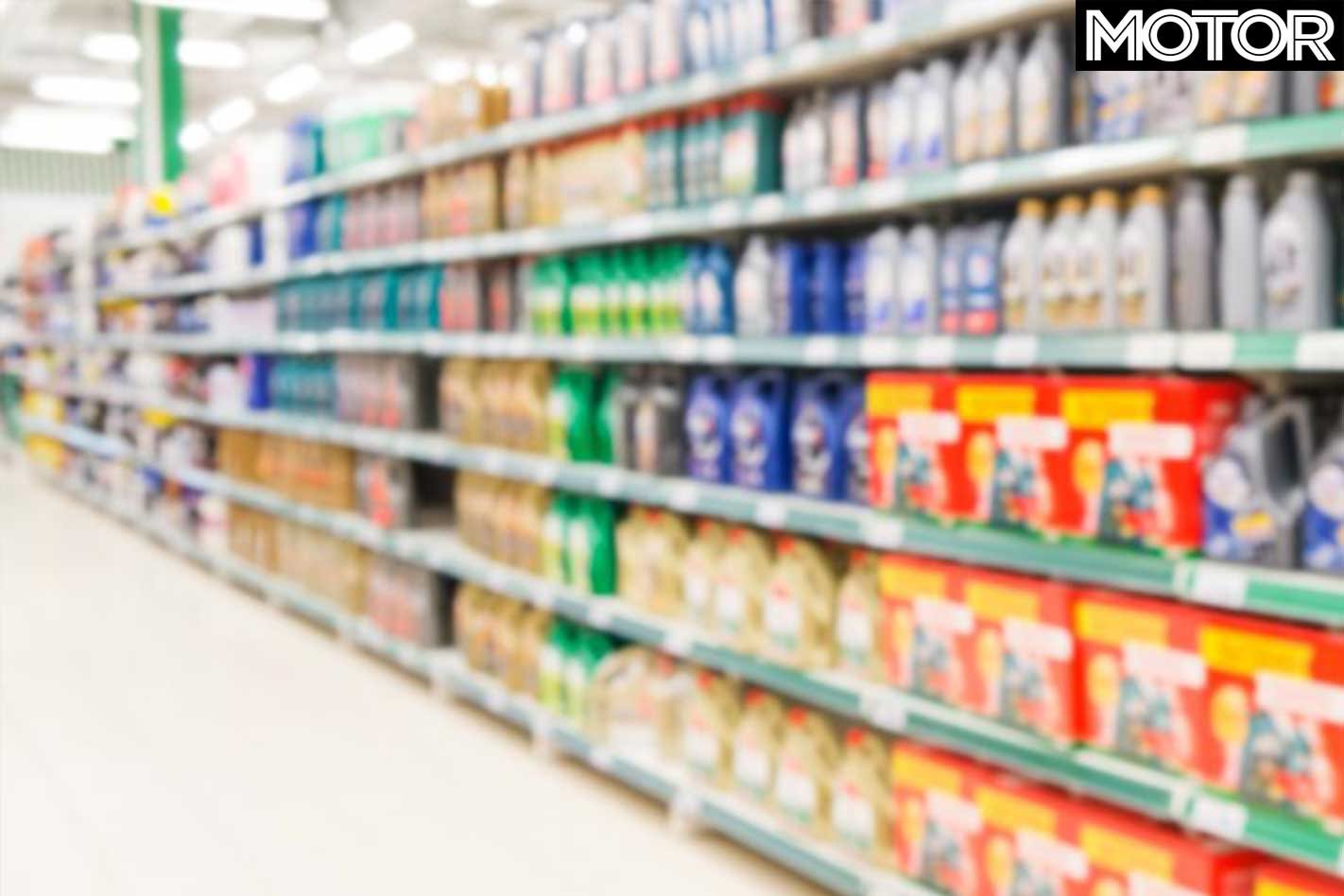 “We put an awful lot of time and money into developing for these top-tier specifications. We go the extra mile to prove to OEMs that we can provide real-world benefits to the end user.

“The OEM who develops the car has an agenda from what they want, and that’s not always too dissimilar from what their customer wants. We demonstrate through various techniques that our customer is going to receive those benefits.

“We’ve done a lot of testing on a scientific level to show our titanium technology provides [better] fluid strength under [extreme] conditions… but then we’ve gone further than that and demonstrated it in real hardware as well.”

That ‘real hardware’ testing means that rather than relying solely on looking at the oil in a lab to determine its effectiveness as an engine lubricant, Castrol engineers and technicians will use real engines to ensure the oil performs in the real world rather than just on paper.

“The kind of programs I work on with Castrol Edge tend to encompass a huge amount of engine testing. That engine testing is with a range of gasoline engines and diesel engines. We have extensive co-engineering that goes on with companies such as Ford and Jaguar Land Rover and long-standing technology partnerships with Volkswagen and Audi. 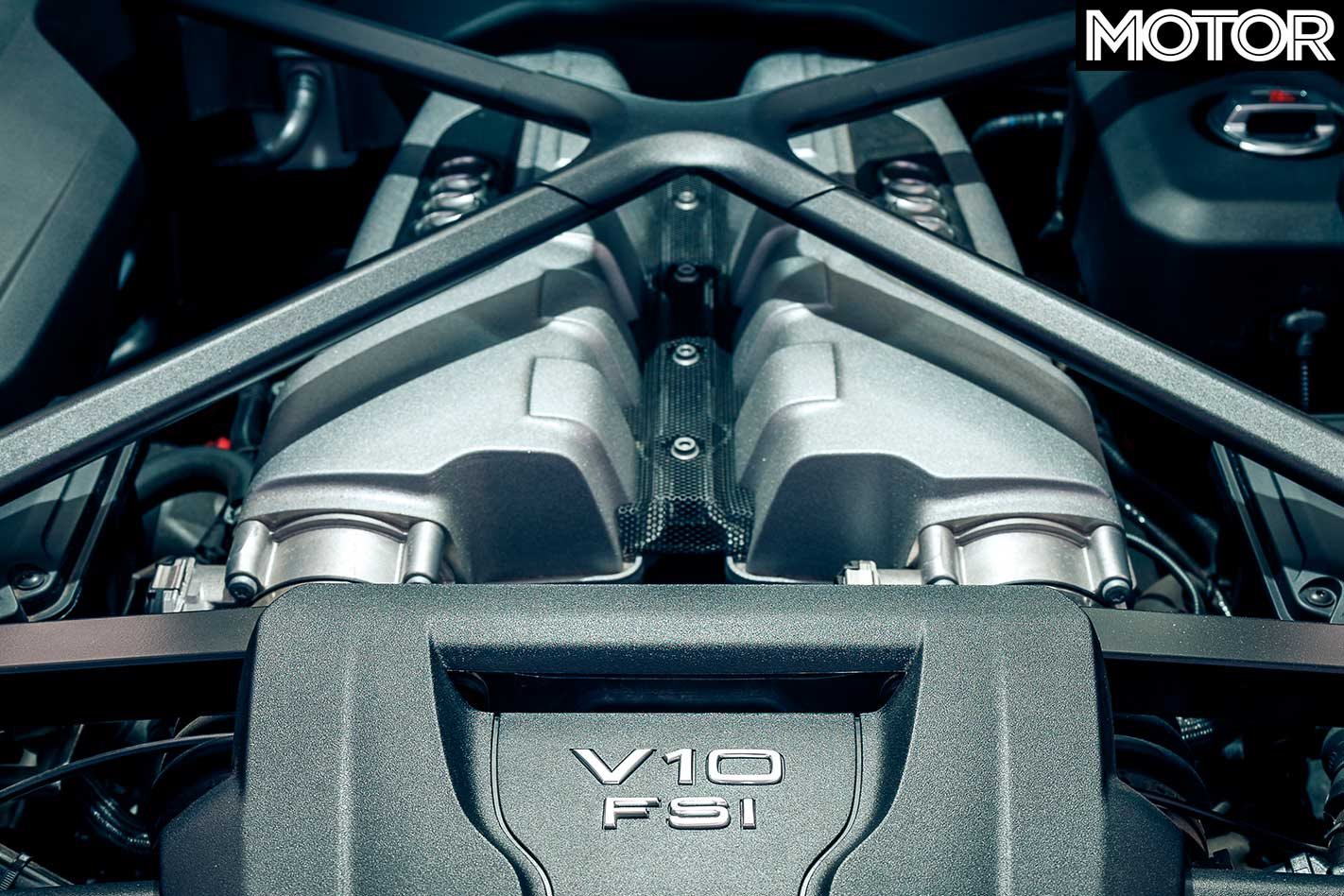 “I think most people would be surprised at how exhaustive the testing is. There’s no stone left unturned in regards to which technical areas are looked at to receive these prestigious OEM approvals and the further work we conduct beyond that.

“We can really say by the time we get to the end of a development that these products have proved their performance in a range of tests. The tests are very severe – it would be extremely difficult for a customer to drive a car as hard on the road, and even on the track – as some of these engines are worked.”

“We’ve run a V10 engine through simulating a whole season of a major single-seater race series, simulating every track as driven by a professional race driver and then gone on to simulate, with the same oil in the same engine, a key 24-hour endurance race series all on oil that’s just been topped up.

“Both the engine and oil made it to the end without any problems at all and in very good condition.

“This is not something that was required by the OEM at all, this is something we’ve done to push the limits when we asked ourselves ‘what’s the most severe thing we could do?’

“At the end of that the condition of the engine was amazing considering what it had been through. That’s far more severe than any consumer would ever subject their Audi R8 to.”

In terms of the near future of motor oil development, it’s very closely based on the development of new drivetrains. Mild hybrid and electrification is the latest trend to impact the way oil is designed and developed.

“As hybridisation levels increase there’s going to be a lot more running on just electric power with the engine only cutting in every so often. That’s something that’s very demanding of the lubricant and an area where we’ve focused a lot of work and now understand well.”

Going back to school with Geek Speak 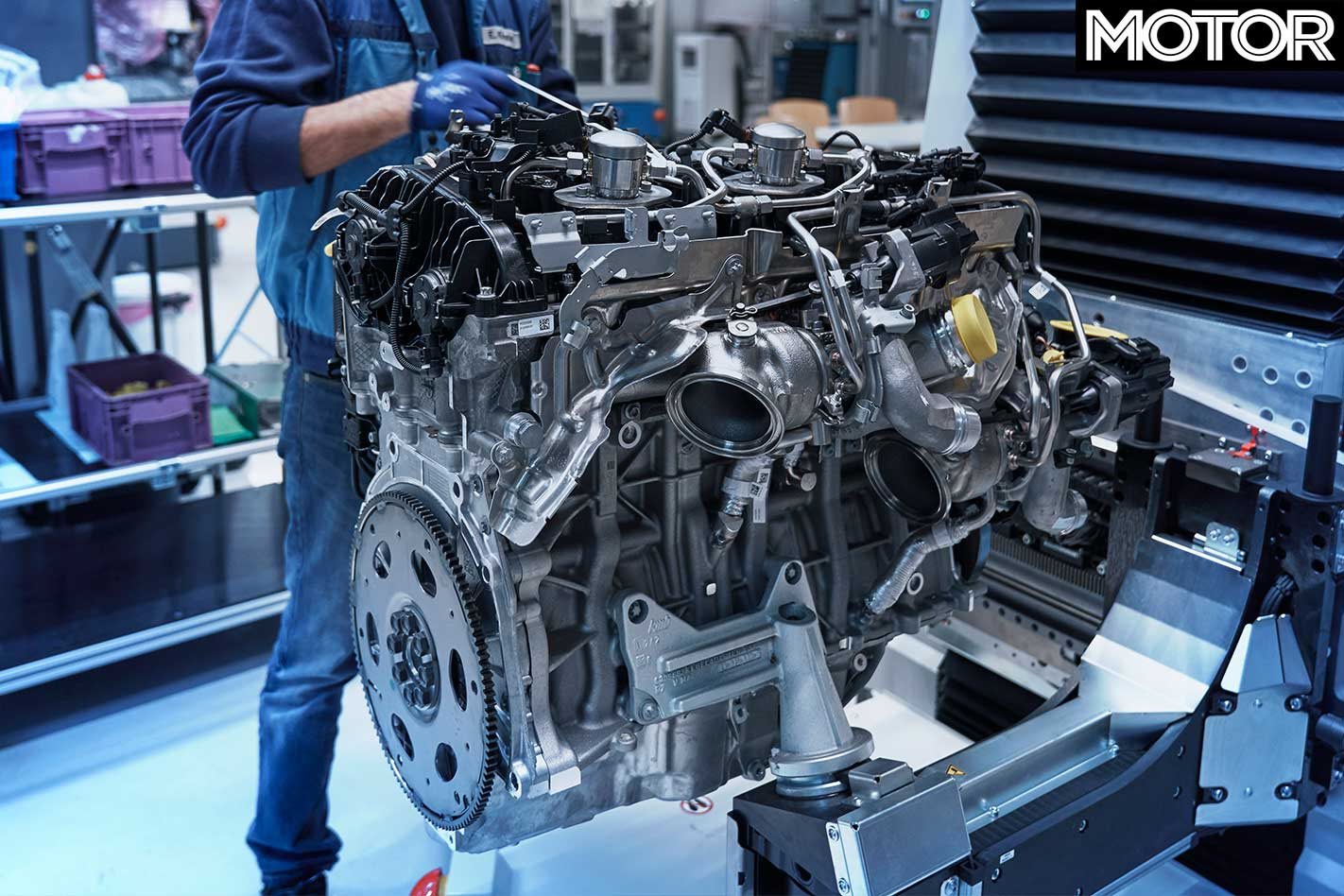 As engines change, so too have the formulation for engine lubricants been tweaked to meet the needs and operating envelope of these new powerplants. Here are a few developments that are taking place in engine oil development, according to Dr Green.

0W-what?
Dr Green tells us lighter- and lower-viscosity oils are becoming more common, with levels like 0W-12 and even 0W-8 to be common in the not too distant future. Compare this to 10W/15W-40 being ‘the normal’ around 15 years ago.

Tongue twister
Dr Green says one of the major changes in recent times has been a reduction in the use of an anti-wear additive called ZDDP, or zinc dialkyldithiophosphates. ZDDP can prematurely damage modern catalysts or particulate filters.

Under pressure
A rise in downsizing and turbocharging has led to more common low-speed pre-ignition, or LSPI. High pressures in boosted motors can cause fuel to ignite early, which is something the right motor oil can help in reducing.

From concept to shop shelf
Dr Green says some engine oil development programs can take up to three or four years, with the program taking up a lot of each work day for the teams. “It does become a pretty big process. A multi-year process is going to encompass a lot of wide-ranging testing.” 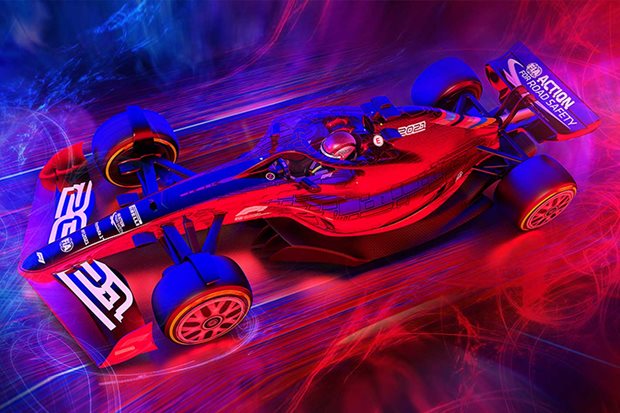 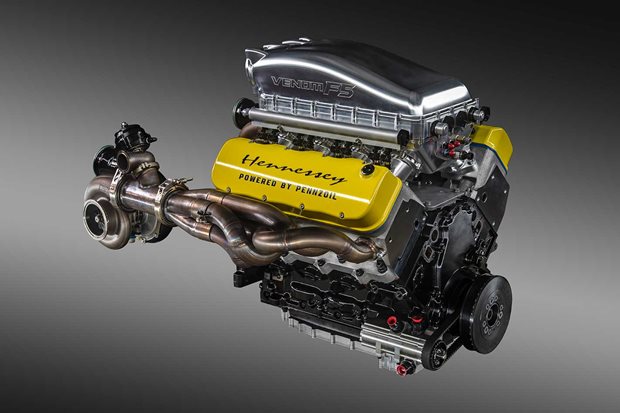