Electric compressors are becoming increasingly popular among car makers. But what are they? And how do they work?

A forced-induction device that generates boost with a centrifugal compressor, like a turbocharger, but whereas the turbo uses a turbine in the exhaust to drive the compressor’s impeller, the electric-powered compressor (EPC), as Audi calls it, uses a sophisticated high-power electric motor.

Audi and Bentley already have the device in service under the bonnets of the SQ7 and Bentayga V8 diesel SUVs, while Mercedes-Benz will be next to incorporate this new tech, applied to a six-cylinder petrol, so expect to see more of the electric snail.

Just don’t call it an electric turbo. The absence of a turbine at the opposite end of the centrifugal impeller makes the ‘turbo’ name inaccurate. 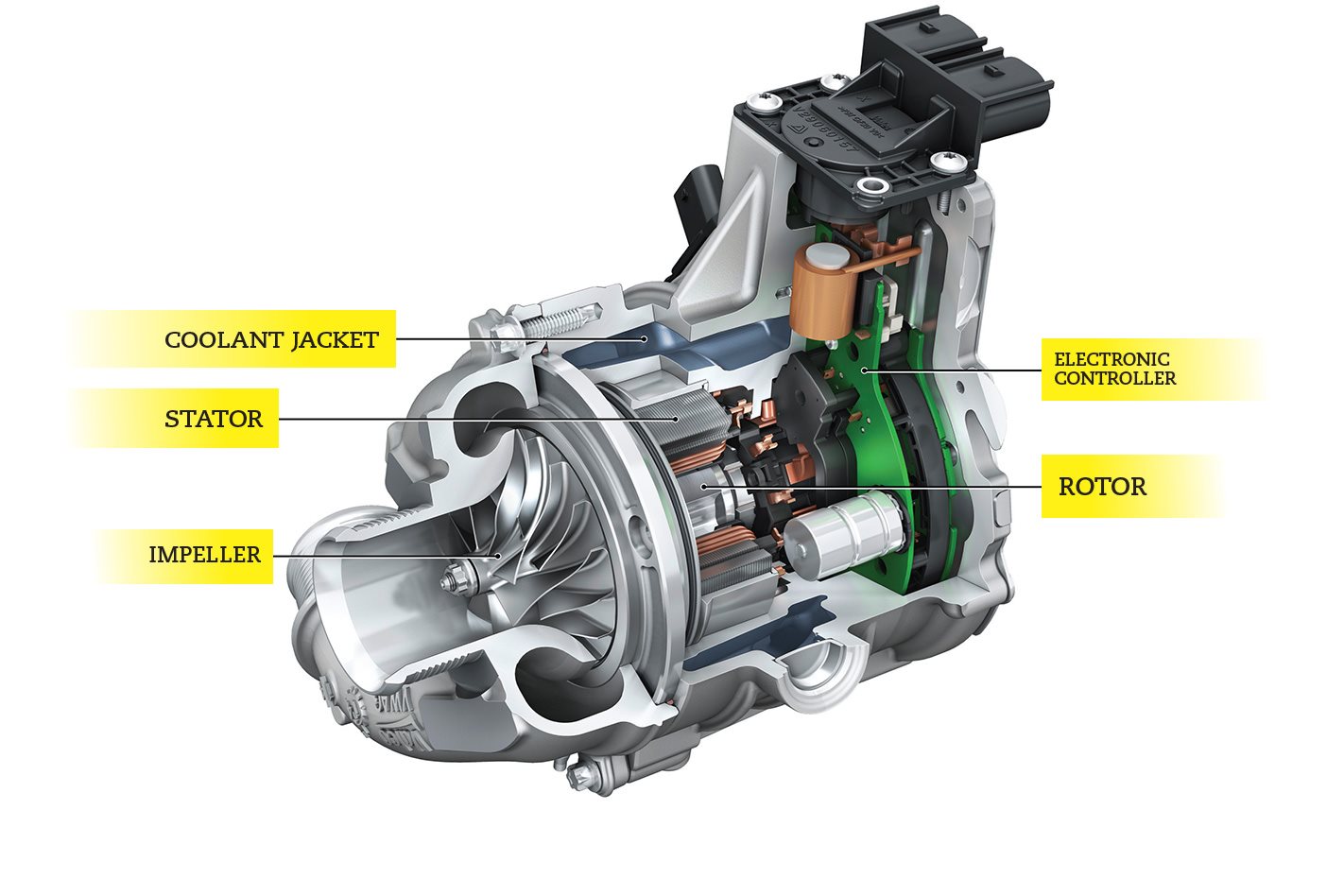 How does 900Nm at just 1000rpm sound? In the Audi and Bentley applications, the electric-powered compressor works in partnership with two conventional turbochargers.

Before the engine reaches the threshold revs needed for the exhaust-driven turbos to generate boost, the compressor is busy applying pressure thanks to its near-instant responsiveness.

Once the turbos are operating in their peak efficiency zone, the electric compressor reverts to standby, allowing its 48-volt battery to recharge.

Without a dependence on exhaust gases to drive the compressor, the electric compressor can be located just about anywhere under the bonnet.

Downsides? Under the current arrangement, the EPC cannot run continuously or it will quickly drain the 48-volt battery pack, so the set-up relies on a partnership with good old turbos for now.

At peak boost a typical turbocharger is capable of pumping around 170 litres of air per second, which requires a serious amount of energy.

For turbochargers, the waste energy in a combustion engine’s exhaust is the perfect source; however the electric motor’s appetite for an equivalent amount of power would easily overwhelm a conventional 12-volt system.

To meet the electrical demand, a special 48-volt sub-system is employed. The separate battery is topped up gradually from the 12-volt system via a converter and, just like an electric vehicle’s battery, the higher voltage unit can dispense energy faster than a regular car battery.

The 48V system has the grunt to spin the electric powered compressor to maximum boost in just 250 milliseconds.

Audi’s initial reveal of this technology came with the 2012 A7 iHEV protoype. In 2014, the RS5 TDI concept and the R18 e-tron quattro racer further refined the electric compressor tech. 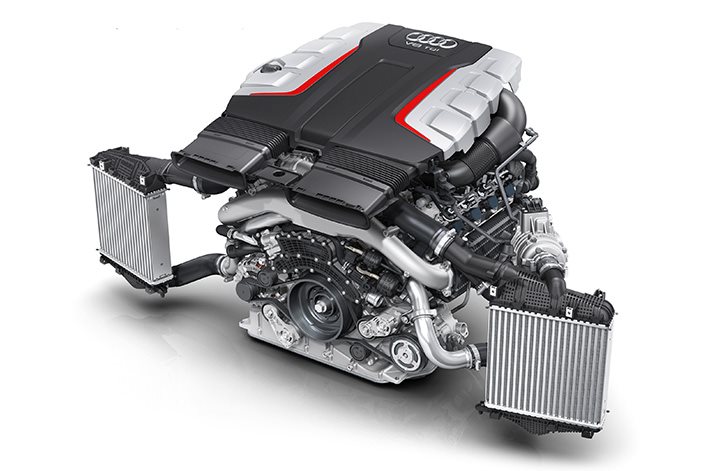