A regular cast-iron brake disc that has undergone a complex plating process to coat the surface with an ultra-hard layer of tungsten-carbide. The technology has debuted on Porsche’s third-generation Cayenne SUV but will soon appear on other models and is likely to spread to other brands as well.

A layer of tungsten-carbide, 100-microns thick, is applied to the friction surfaces of a regular cast-iron brake rotor in a powder form through a thermal spray process.

On contact, the very high temperature and velocity forces the ultra-hard compound to bond to the disc, creating a coating many times harder than the surface of a regular rotor. A special brake pad has been formulated to interact optimally with the tungsten surface and is similar in composition to the pads used for carbon-ceramic discs, which are also extremely hard. Other than the exotic materials, the brake system functions as any other disc-brake set-up does, although in the Cayenne’s case, it employs massive 10-piston calipers for maximum clamping force.

Tungsten rotors resist wear longer than conventional iron versions and can last up to 40 percent longer, says Porsche. That offers a cost benefit that can offset the higher price of production. Importantly, the highly heat resistant coating maintains a more constant temperature and has a higher friction coefficient for more predictable braking performance under hard and frequent use.

Further, the reduced rotor wear also keeps wheels free from dust for longer. Not only are cleaner wheels more attractive but after a few kilometres of use, the discs polish to a mirror finish to further improve aesthetics. And if left for extended periods will not rust like conventional uncoated iron. 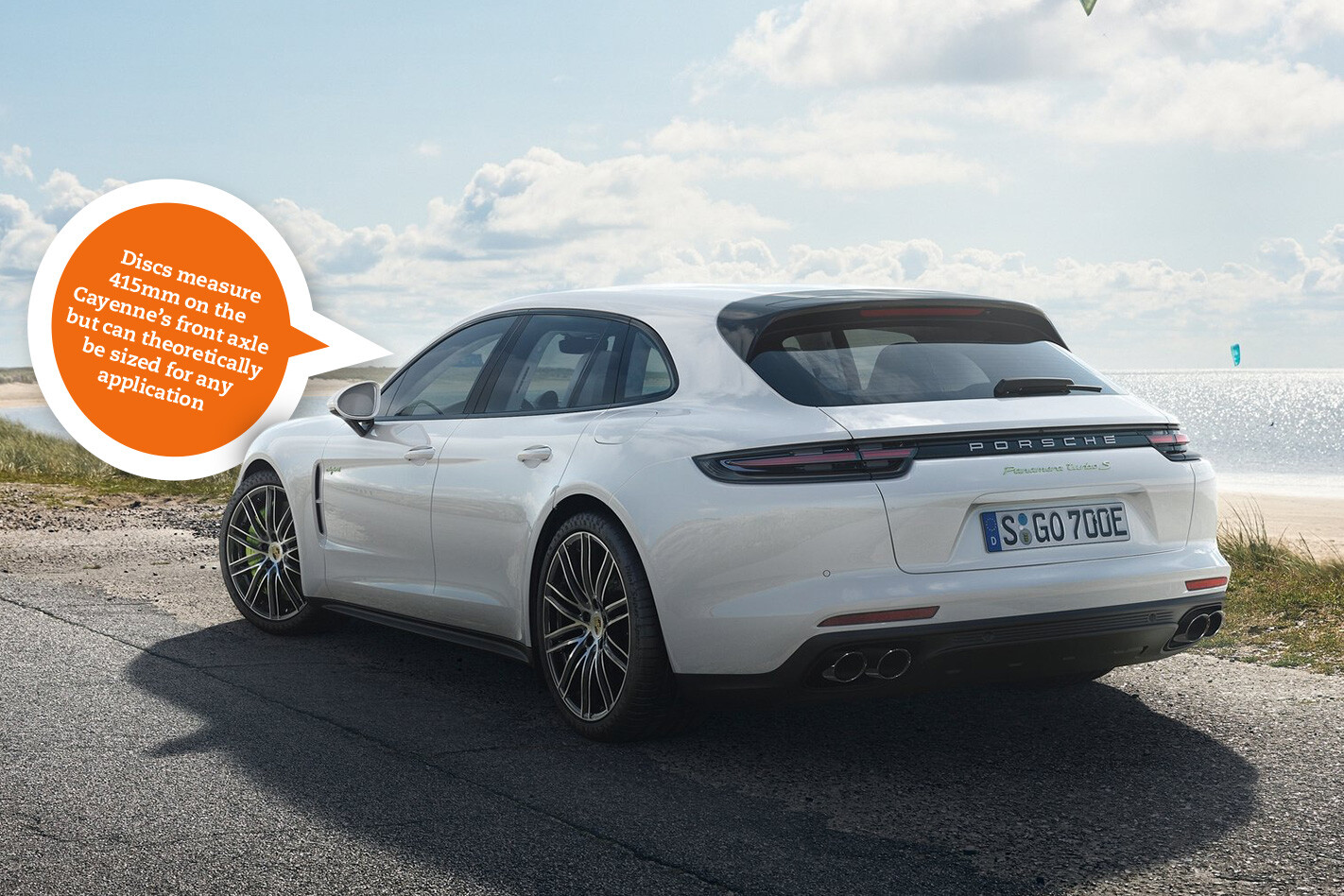 In return for Porsche’s participation in developing the tungsten brakes, the German car maker has exclusive rights to the proprietary technology for approximately one year. In that time other models will adopt the special discs offering a higher-performance option somewhere between conventional iron and carbon-ceramic in terms of both efficiency and price.

After that though, the new tech is up for grabs for any brand with the cash.