Could a $50k hatch really beat an M car in a straight-line drag?

It might seem like a strange showdown initially, a $50k hot hatch that produces 257kw at all four wheels in the Ford Focus RS, against a $90k coupe which pumps out 272kw and only puts power down at the rear, in the BMW M2 Pure.

But it’s not as weird as it may first sound.

They both tip the scales at under 1600kg (1570kg for the M2, 1542kg for the RS), and both have turbocharged engines. However, after that, the two go down very different roads. 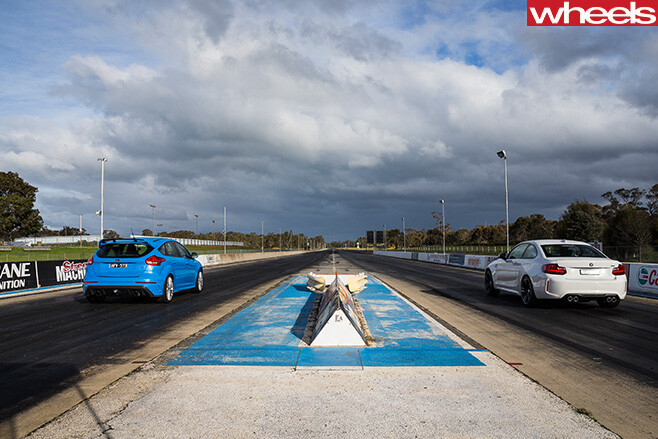 And while both transfer power through a good old fashioned 6-speed manual, the RS is a four-door hatch with all-wheel drive, and the RS is a two-door coupe which only powers the rear tyres. Despite this, the two cars both clock 0-100km/h times in the 4-second region.

So, for a bit of fun, we decided to take the pair to Heathcote dragway for an old-school drag race.

Why? Well, if you really need a reason, because it sounded like bloody good fun.

It was interesting to note the ways in which the two cars left the line. 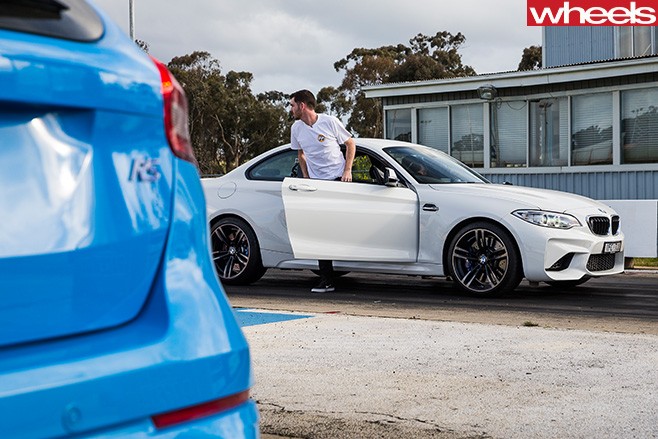 Whereas the RS you could sit on the limit, dump the clutch, hook up and go, the M2 required significantly more finesse.

The Bavarian had a tendency to smoke its rear-tyres, and while this makes for great fun, it’s not particularly great when you are trying to hunt down an all-paw hatch.

Watch all the fun in the video above.