Form and function meet perhaps most elegantly on the racetrack.

If you’re a fan of motorsport, you’ll see cars which are designed in almost every way to be fast – nothing is there for no reason.

This is why we decided to lay down our opinions (and likely start some arguments) about what we think are the most beautiful race cars ever.

So, down the rabbit hole we go.

Function can dictate form and still be beautiful – and, of course, crazy effective.

The simply-styled MP4/4 won 15 of 16 grands prix in 1988 making it one of the most dominant cars in F1 history, and was also the car in which Ayrton Senna won his first world championship.

While not conventionally beautiful, a minimalist and unmistakeable livery contributed to what is now the classic image of a 1980s grand prix machine. 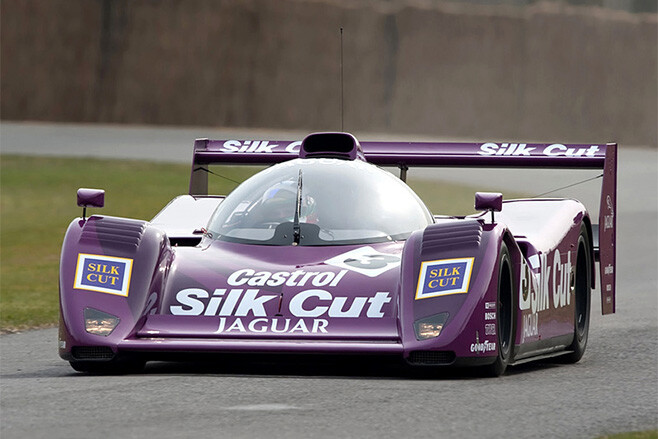 'Most beautiful' is a surprisingly difficult criteria to satisfy when it comes to racing cars. Best looking is easy - in my opinion it's the Audi 90 IMSA GTO. But that's not a beautiful car. For me, the most beautiful race car has to come from sports cars.

There are exceptions, but single seaters don't have enough bodywork, rally cars are too boxy and touring cars too upright. My nomination? The Jaguar XJR-14. Iconic livery, sleek bodywork and also successful, dominating the 1991 World Sportscar Championship.

I love the Toyota GT-One. It’s symmetrical from multiple angles. And that wind-swept silhouette was as fast as it looked. How fast? Good for 350km/h plus at the Le Mans 24 Hours in 1999, pole position, and the fastest lap of the race.

Whenever I look at the model TS020 on my desk, I remember Andre De Cortenze’s (its designer) insistence everything should perform as looks. But I can’t cop that cabin. It would be complete as an open-top.

Which is why the most beautiful race car in my eyes is the Alfa Romeo Tipo 33/3 Sports Racer. It’s a Can-Am car with curves in all the right places. It delivered on Cortenze’s maxim too, winning the Watkins Glen six hours in 1971. 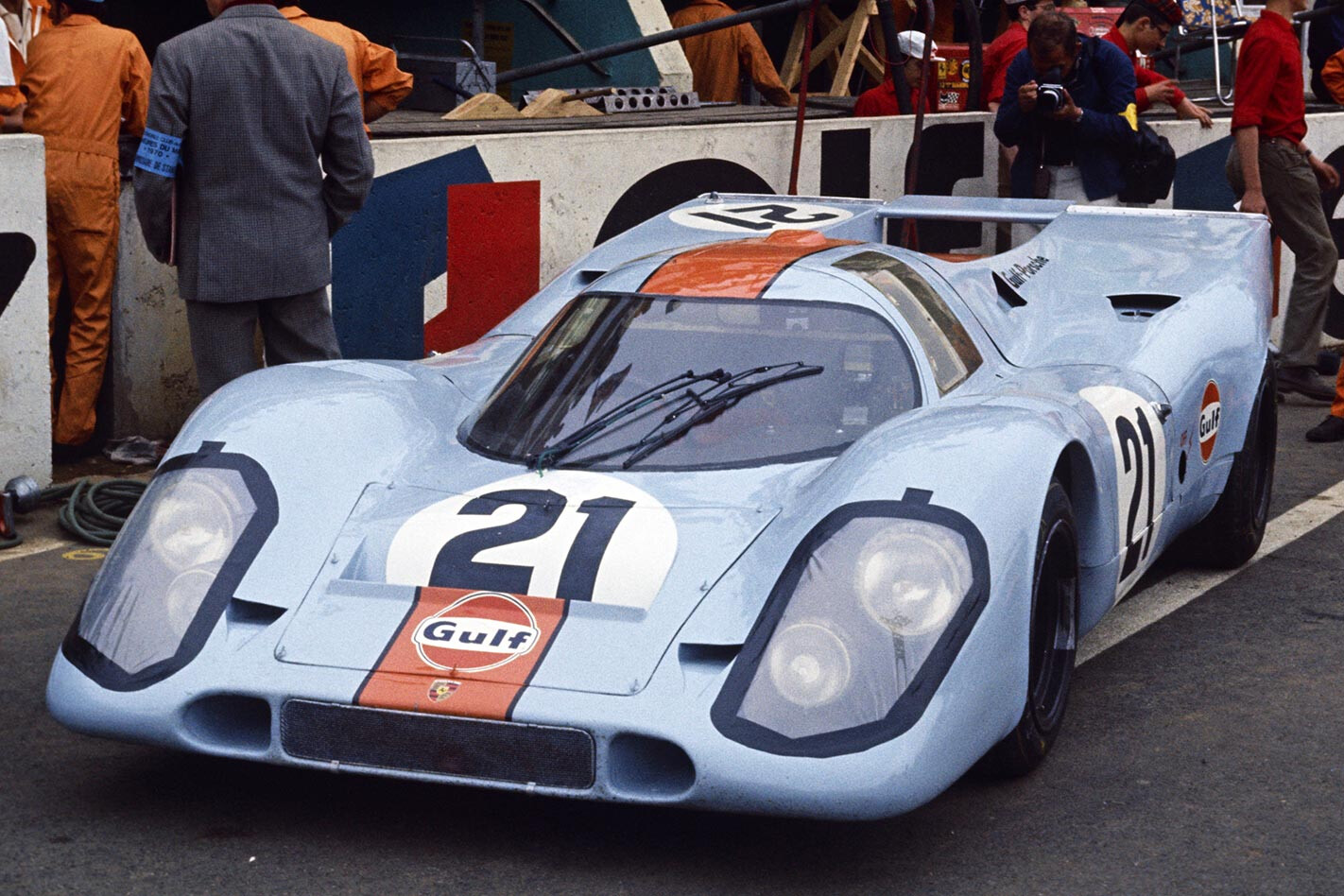 I was tempted to look towards road car-based racers when I was trying to decide what to choose for this list, as I’ve always thought they make for the most interesting racing. But the JPS BMW 635CSi, my honourable mention for this list, is a tad too squared-off to qualify as beautiful.

So instead I turned to a car that once frequented Le Mans. The Porsche 917K.

Aside from being made into a film star by Steve McQueen in the film Le Mans, the 917K is a legend in its own right. It gave Porsche its first outright 24 Hours of Le Mans win, likely because the next car in this list was no longer competing.

A flat-12 under the metal helps, but we’re not concerned with that here. It’s on this list because it’s gorgeous.

Its flowing lines lead up to a short tail (or Kurzheck, thus the ‘K’), and adorned in almost any livery (though Gulf is clearly the pick) it looks alert and ready to snatch victory out from Ferrari’s hands.

It’s a somewhat obvious choice, but it doesn’t make it any less of a triumph of form and function. The Ford GT40, the racecar born out of Henry Ford II’s spite, went on to dominate Le Mans in the mid-to-late ’60s. In doing so, relegating old adversary Enzo Ferrari to the minor placings. The iconic Gulf livery is arguably the best looking.

With a multimillion-dollar budget, Detroit created an aesthetically beautiful racecar in the GT40 with flowing lines uncluttered by the endless aero bits we see today. The mid-mounted 7.0-litre V8 produced a great sound and seeing old footage of it dance around Le Mans makes for great late-night YouTube fodder. 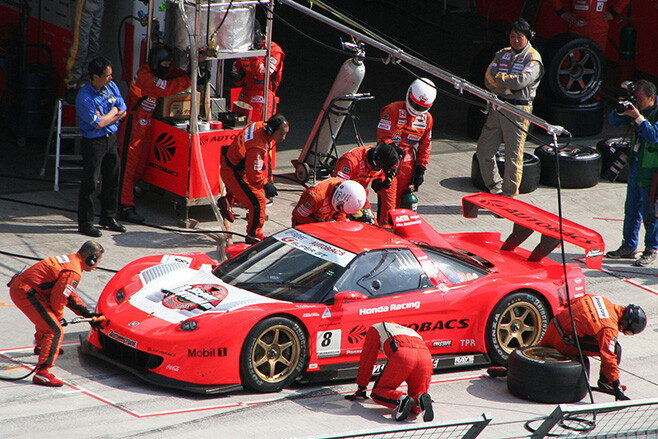 Like many I grew up playing an unhealthy amount of Gran Turismo, and while there was no shortage of exotic metal with which to fill my digital garage it was the Japanese cars that really captured my imagination.

Classic race liveries such as the Castrol Supra, wild Escudo Pikes peak Suzuki and Calsonic Nissan R390 further fuelled my obsession, but the jewel in the virtual crown was the perfectly proportioned Arta NSX-GT, as once driven by ‘Drift King’ Keiichi Tsuchiya.

The NSX represents the zenith of 90s Japanese automotive design to my eye, with the standard NSX-Rs sleek lines complemented beautifully by an agro GT bodykit and iconic red and white war paint.

Definitely the most gorgeous race car ever. 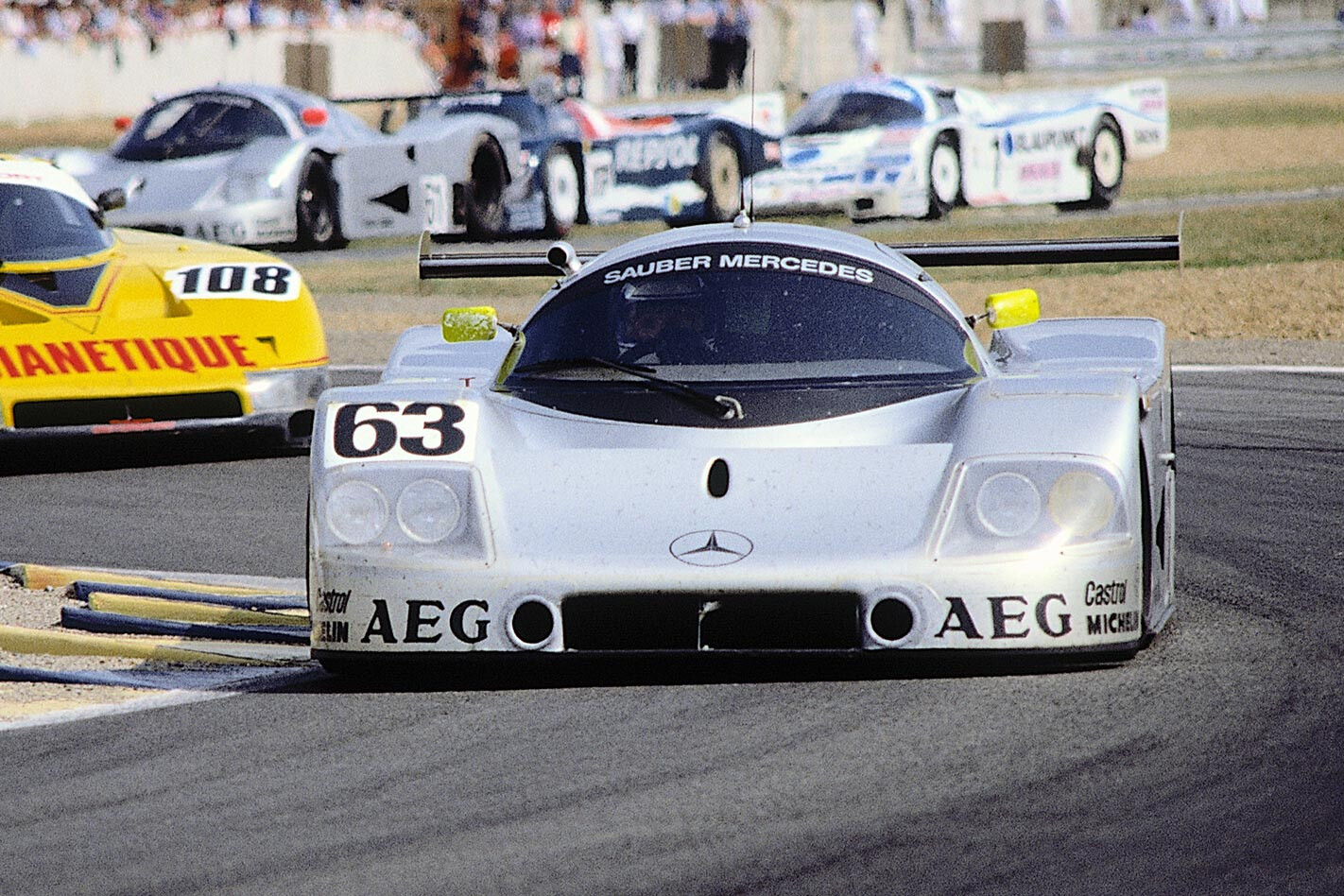 They say the suit maketh the man, and ever since Colin Chapman found a new way to sell out his cars through sponsorship, race cars have always been decked out with liveries that range from the iconic - Gulf and Martini colours - to the weird, go Google "Tokyo Ueno Clinic". Which raises the question; is the beauty of the most beautiful race cars a product of its body or the product of its dressing?

No such questions for the Sauber-Mercedes C9 in this case, which appears resplendent in nothing more than the iconic silver of Mercedes-Benz old pre-war race cars. With its NACA ducts, cockpit that peeks out from the body like a fighter-jet’s canopy, and rear wing mounted on delicate latticework, the C9's body is a triumph in minimalist design whose lack of racing wings and appendages didn’t stop it from dominating the 1989 season of the World Sportscar Championship.