The background behind Woking’s Night of the Long Knives

CHIN UP. Look erudite but contrite.

As McLaren CEO Ron Dennis stood alongside FIA President Max Mosley on the steps of McLarens’s motorhome in the wake of the ‘Spygate’ case, Dennis was finding sticking to the script of plucky loser difficult. Intended to portray a no hard feelings, business as usual atmosphere, despite McLaren having been fined USD$100m and being stripped of their constructors points for the 2007 season, the huge fine levied for McLaren being in possession of confidential details of Ferraris’ F1 car appeared to have a personal edge. Mosley reputedly leaned over and whispered in Dennis' ear: "$10m is for what you did; $90m is for being a c***." 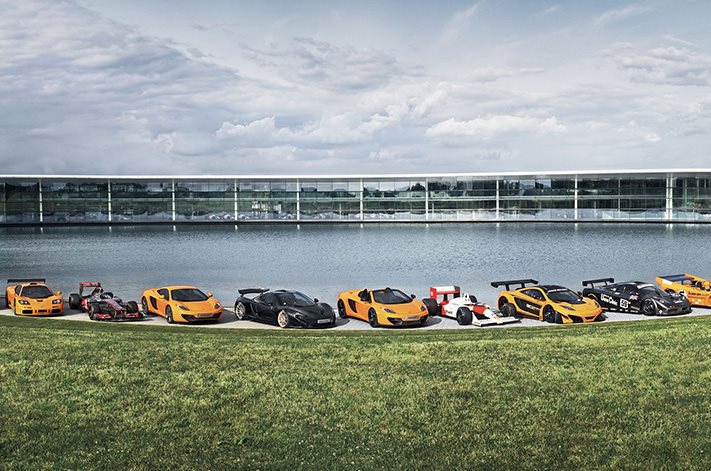 With Ron Dennis it was ever thus. Now that he’s been paid out of McLaren, the two remaining major stakeholders, the Bahrain Mumtalakat Holding Company and the TAG Group, have moved swiftly to merge McLaren Automotive, which builds the road cars, with the McLaren Technology Group (F1 and applied technologies), under the single McLaren Group umbrella. Ron’s $465m better off as a result of liquidating his 25% stake, but his legacy will be one of enormous success, tinged with a metronomic ability to make powerful enemies along the way.

Let’s not lose sight of what he achieved. He demolished the old F1 model of ‘garagistes’ running teams, quickly grasping the importance of a professional approach to sponsorship and marketing. He turned a bunch of guys with oily rags into an automotive business with a turnover of around $1.5bn per year. He eclipsed Enzo Ferrari in bald statistical terms as the most successful F1 team boss in the sport’s history. 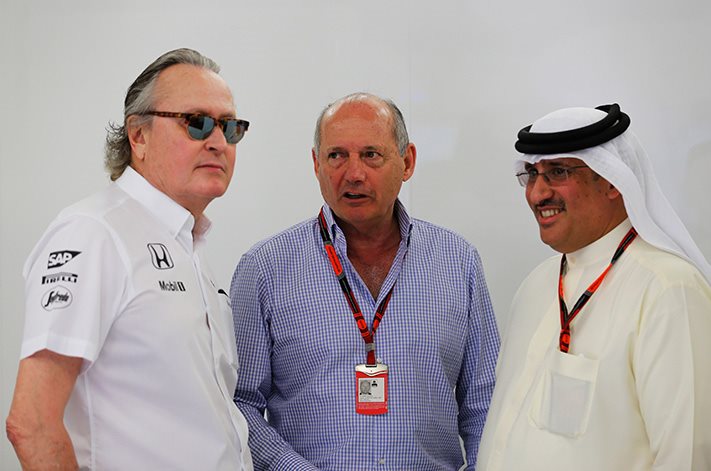 His qualities aren’t hard to grasp. A savvy businessman who steamrollered those unable to compete (think Lotus, Brabham, Tyrell) upping the stakes to a level that many of his erstwhile rivals were unable to compete with. More than anything else, it was his sheer breadth of talent; the former mechanic who proved to be a world class negotiator, technical lead, creative force and financial genius, he was an industrialist in a field of hobbyists. How they laughed when he arrived in the McLaren pits with a briefcase. Despite apparently losing this final game to TAG’s Mansour Ojjeh and Bahrain’s Sheikh Mohammed bin Essa Al Khalifa, one can’t help but feel that Dennis will still be able to raise a smile. 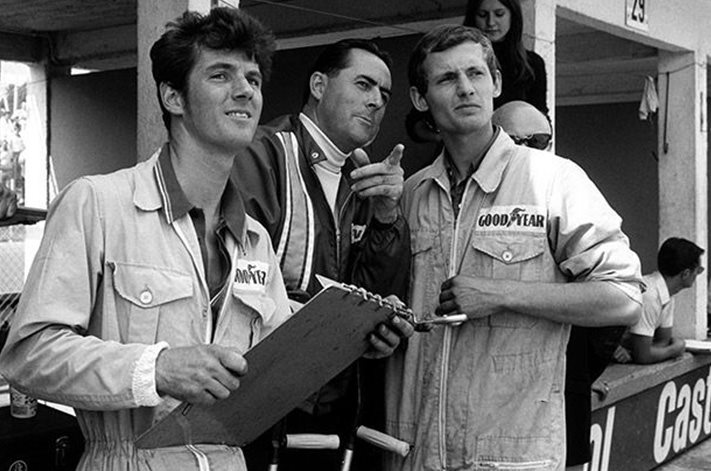 It was always hard for Ron to recover from the taint of the Spygate case, a legal mess that wasn’t helped by question marks about his management of the fractious relationship between Fernando Alonso and rookie Lewis Hamilton in 2007. Alonso attempted to hold Dennis to ransom over emails pertinent to the Spygate case if Ron didn’t back him in the championship. When this was leaked, McLaren was forced to confess the existence of the confidential data to the FIA. 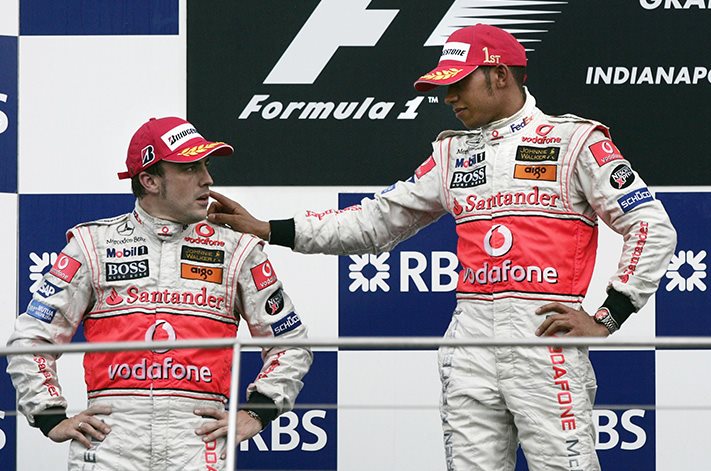 Fernando Alonso was goaded into going rogue by Dennis' backing of Hamilton.

Making an enemy of Mosley, and having a troubled relationship with Bernie Ecclestone was never going to make things easy for McLaren and an abortive coup attempt in 2013, when he was reported to have attempted to woo Chinese investors in a failed takeover bid, effectively ruined his business partnership with Ojjeh. When they attended board meetings thereafter, there was a toxic environment, with agenda points taking a tortuous route back and forth through each man’s personal legal counsel. 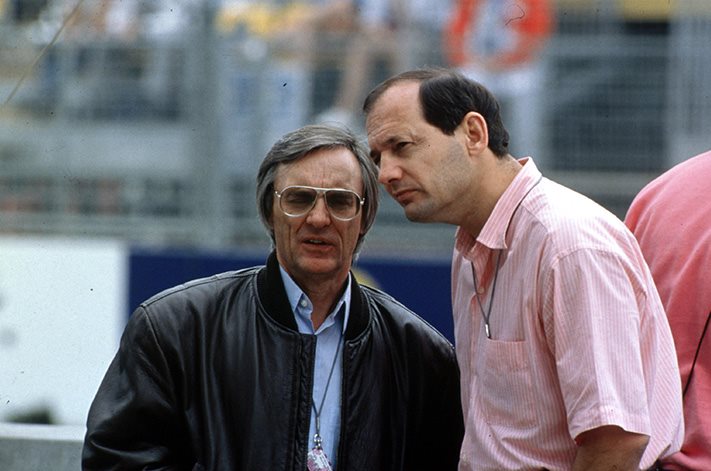 In 2014, it all got a bit Game of Thrones, as Dennis ousted team principal and close friend of Ojjeh’s Martin Whitmarsh, who was in hospital recovering from a double lung transplant. The stalemates and petty bickering continued, Ojjeh nixing Dennis’ nomination of Kevin Magnussen to partner Alonso, and insisting on Jenson Button instead. From that point, the writing was on the wall. In October last year, Ojjeh and Dennis had lunch at the McLaren factory in Woking and the French-naturalised Saudi told him that he was going on gardening leave.

Dennis fought this bitterly, issuing vituperative statements claiming that the grounds for his dismissal were ‘entirely spurious’ and making dire predictions for the company’s future. Friday’s McLaren statement might well be a final smoothing of the waters; a face-saving way for all parties to swallow their collective pride and move on. 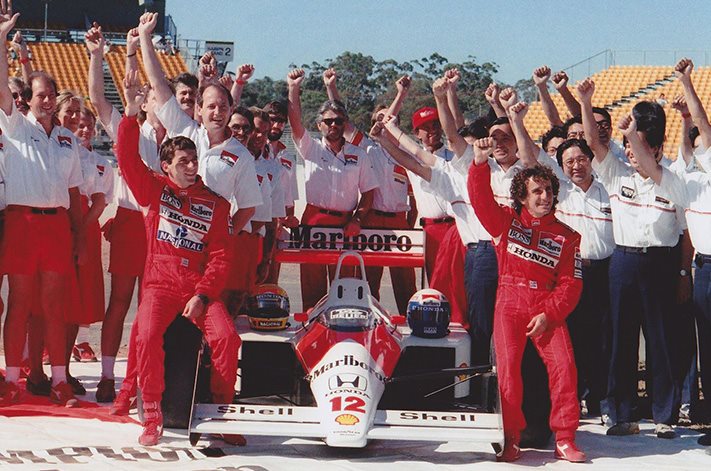 With another troublesome pairing, Senna and Prost, in 1988; a year a McLaren with a Honda engine was a very formidable package indeed.

He may be 70 years old and wealthy enough to no longer have to concern himself with the stresses of high end business, but only a fool would think that Ron Dennis will go quietly. “In difficult circumstances, teams either separate or come closer together, it’s as simple as that,” Dennis once said. McLaren has closed ranks but Dennis is now the outsider. Chin up, Ron. Look erudite.