Regardless of your feeling toward the various one-off show cars that have rolled-out around the world’s motor shows this year, concepts serve an important role.

Some may be hinting at a new design direction for a company, others might foretell of a brand entering a new segment, while others may preview a completely new model. Either way, whether they be life-size clay models, functioning prototypes or even virtual vehicles in computer games, concepts are the auto industry’s crystal ball.

Here is a review of the year’s best concept vehicles and a fleet of cars that will almost certainly drop a few clues about the new hardware we can expect to see in 2018 and beyond.

While some radical concepts skirt the very edges of reality and possibility, BMW’s Z4 Concept that debuted at Pebble Beach in August is at the opposite end of the spectrum.

Yes, its blade-like door mirrors and asymmetric two-tone interior are unlikely to see showroom lights, but the two-seat sportscar appears to be very close to a production version.

Show cars rarely survive the journey from concept to production model unscathed, but we hope the next-generation Z4 looks a lot like this elegant and imposing concept. 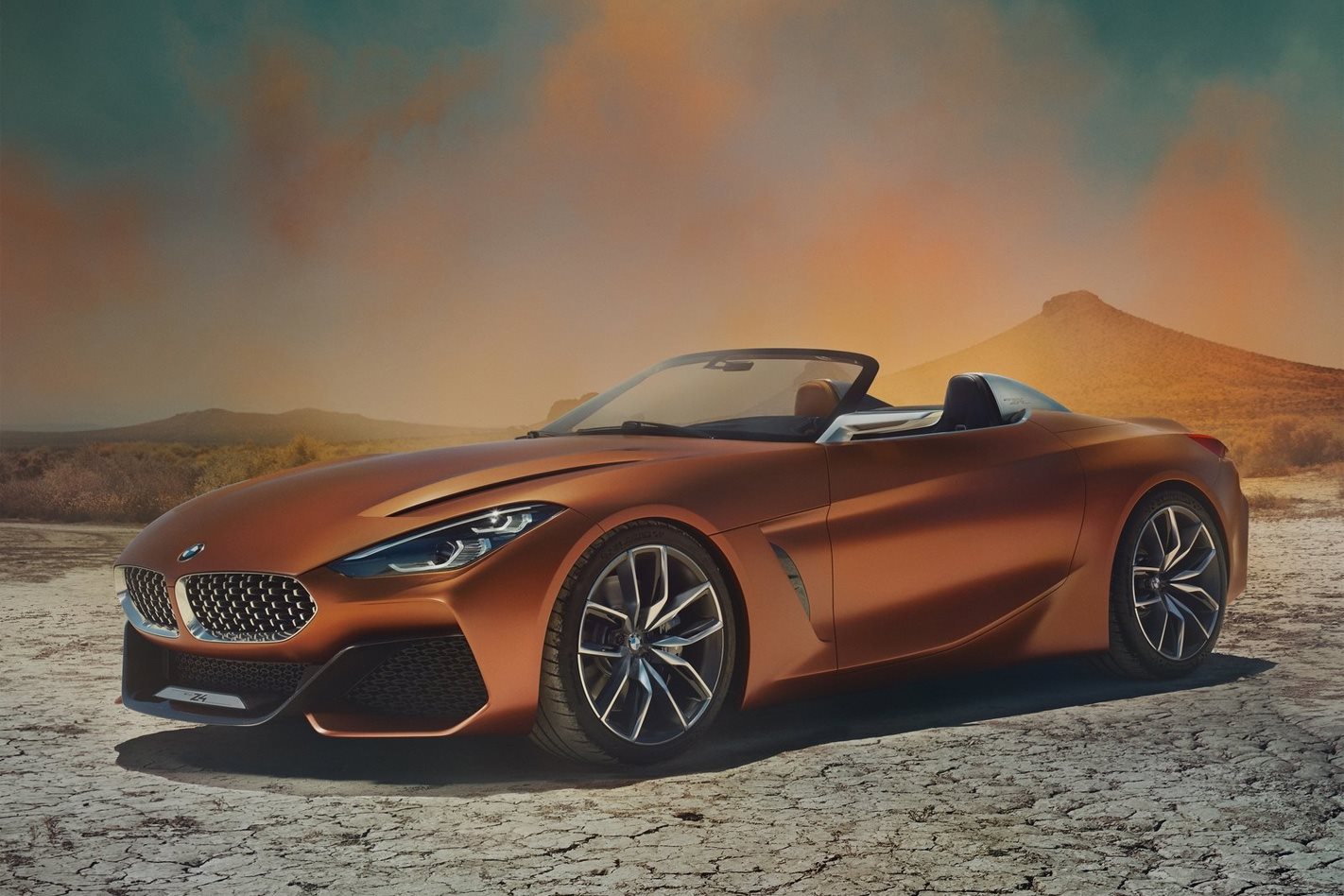 At the opposite end of the spectrum is this wild study from Infiniti.

While many manufacturers resurrect features for concept cars from past models and heritage, relatively young car maker Infiniti decided to invent its own history with the frankly gorgeous Prototype 9. 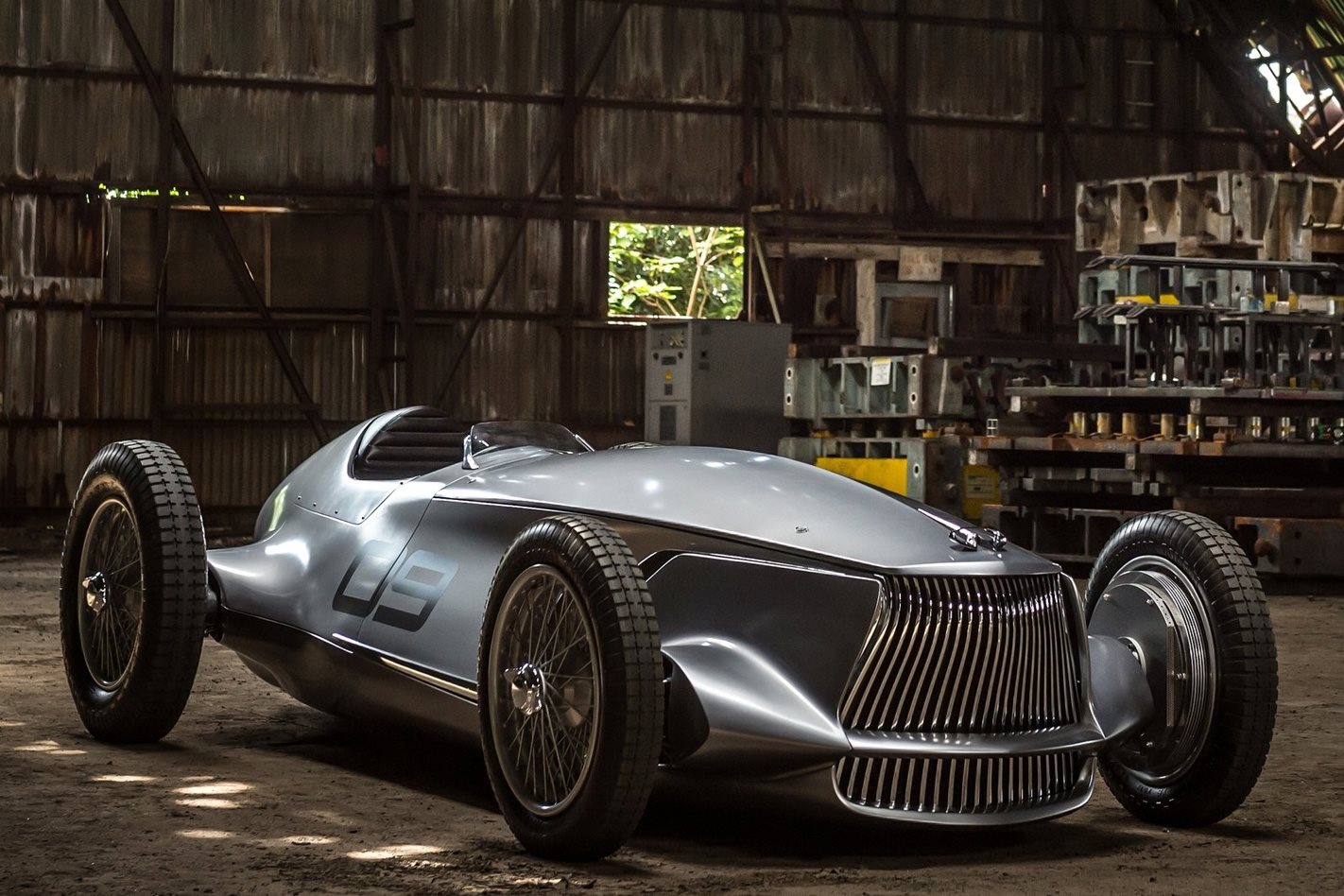 The brand’s modern double arch grille masquerades surprisingly well in the nose of a car that looks as if it hit the racing circuit during the 1940s, but the technology that underpins it is all 2017.

A 120kW/320Nm electric drivetrain can power the concept up to 170km/h and 100km/h from zero in 5.5 seconds. Traditional body crafting techniques and batteries did not focus on weight reduction however, and the concept weighs in at a hefty 800kg.

From the diminutive and compact, to the utterly vast. Mercedes-Maybach followed up on its six-metre long land yacht from a year previously, with a new convertible version for the Pebble Beach show.

There is absolutely no way this behemoth would work on public roads but that didn’t stop several well-heeled visitors offering the German car maker huge sums of money to build them a version of their own.

Proportions that are the stuff of pure fantasy may never make it to production, but the wonderful car was a welcome departure from the vehicles Maybach has produced in recent years, including the 57 and 62, which gained almost as many remarks but for all the wrong reasons. 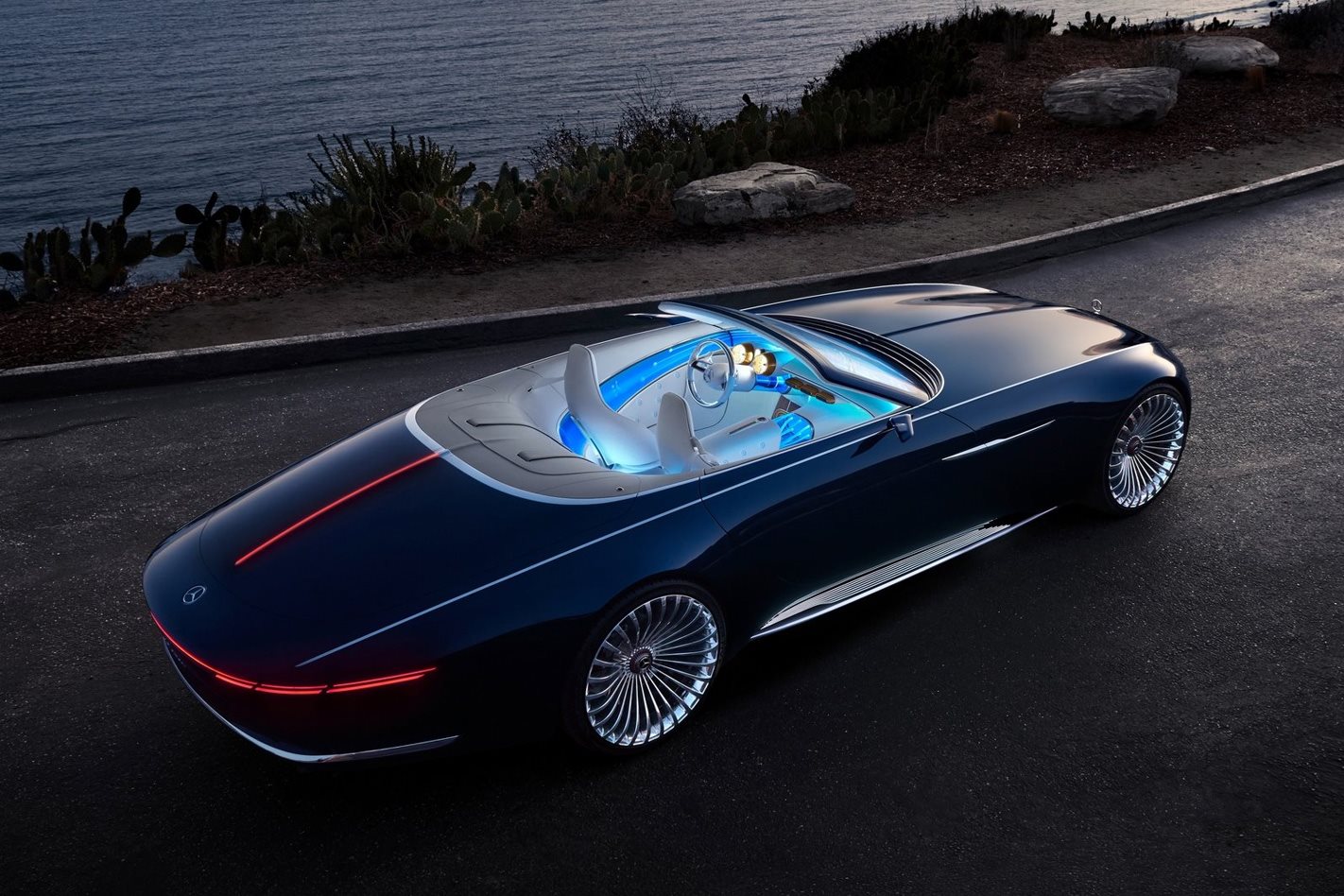 Honda’s surprise unveiling at the Frankfurt motor show categorically proves that concepts don’t have to be vast, fast and over the top to draw a crowd.

The Urban EV Concept is an unbelievably charming three-door hatch that relies on restrained, simple design, while mixing elements of the original Civic and even a little Mk1 Volkswagen Golf with futuristic touches and technology.

Its brilliant proportions, big fine-spoked wheels and purity of design made it one of our favourite concepts of the year, but the best news? Honda is going to build it! Keep your eyes on the launch circuit in 2019 for the production version and keep your fingers crossed it looks just like this. 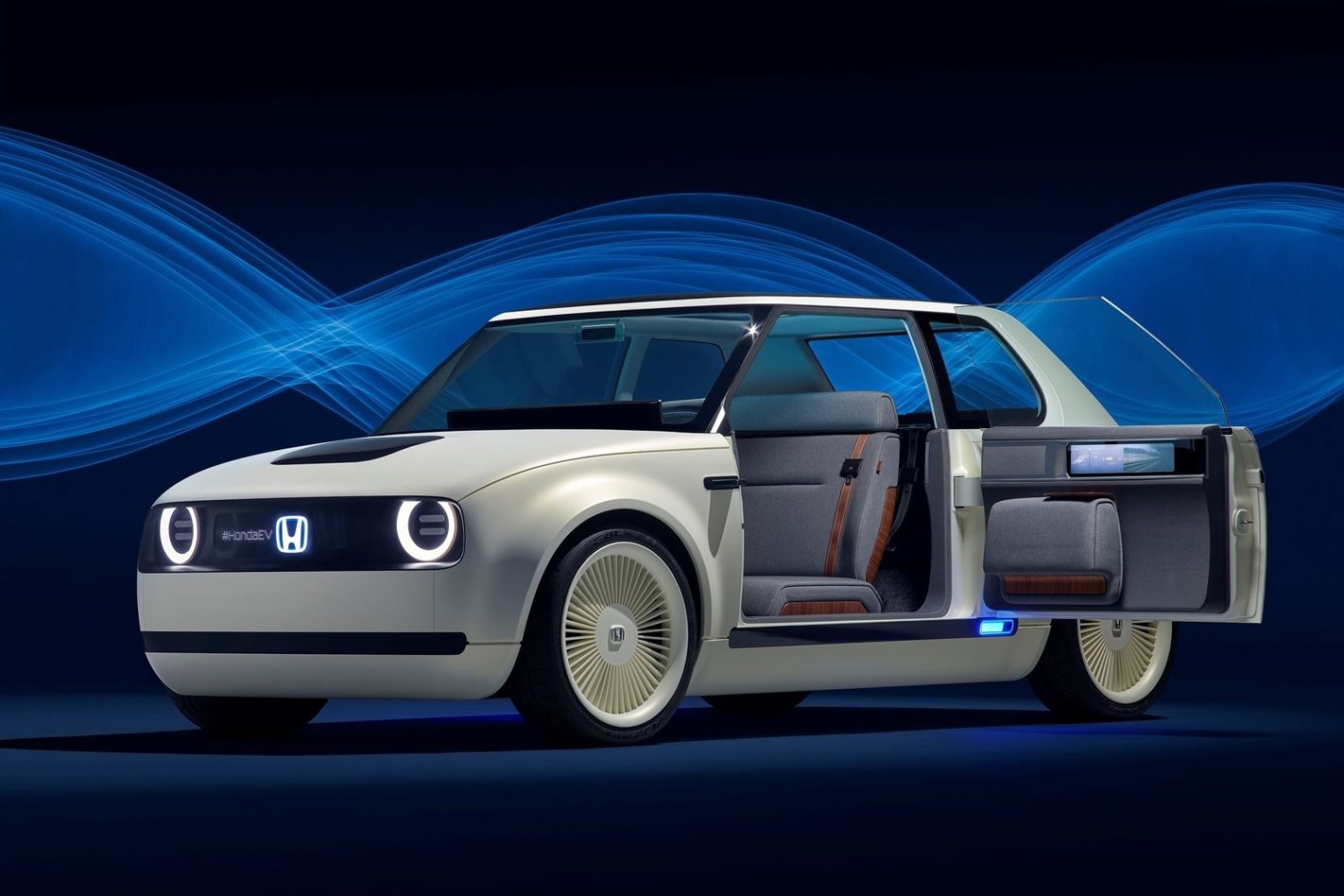 But if you did want something outlandish, extreme and hyperbolic in the way it drives, looks and, most likely, costs, look no further than the purveyor of some of the world’s most outrageous concepts and road cars.

Lamborghini’s Terzo Millennio is obviously off the chart when it comes to styling, but its creators had clearly been on the grappa when they dreamed up the drivetrain as well. 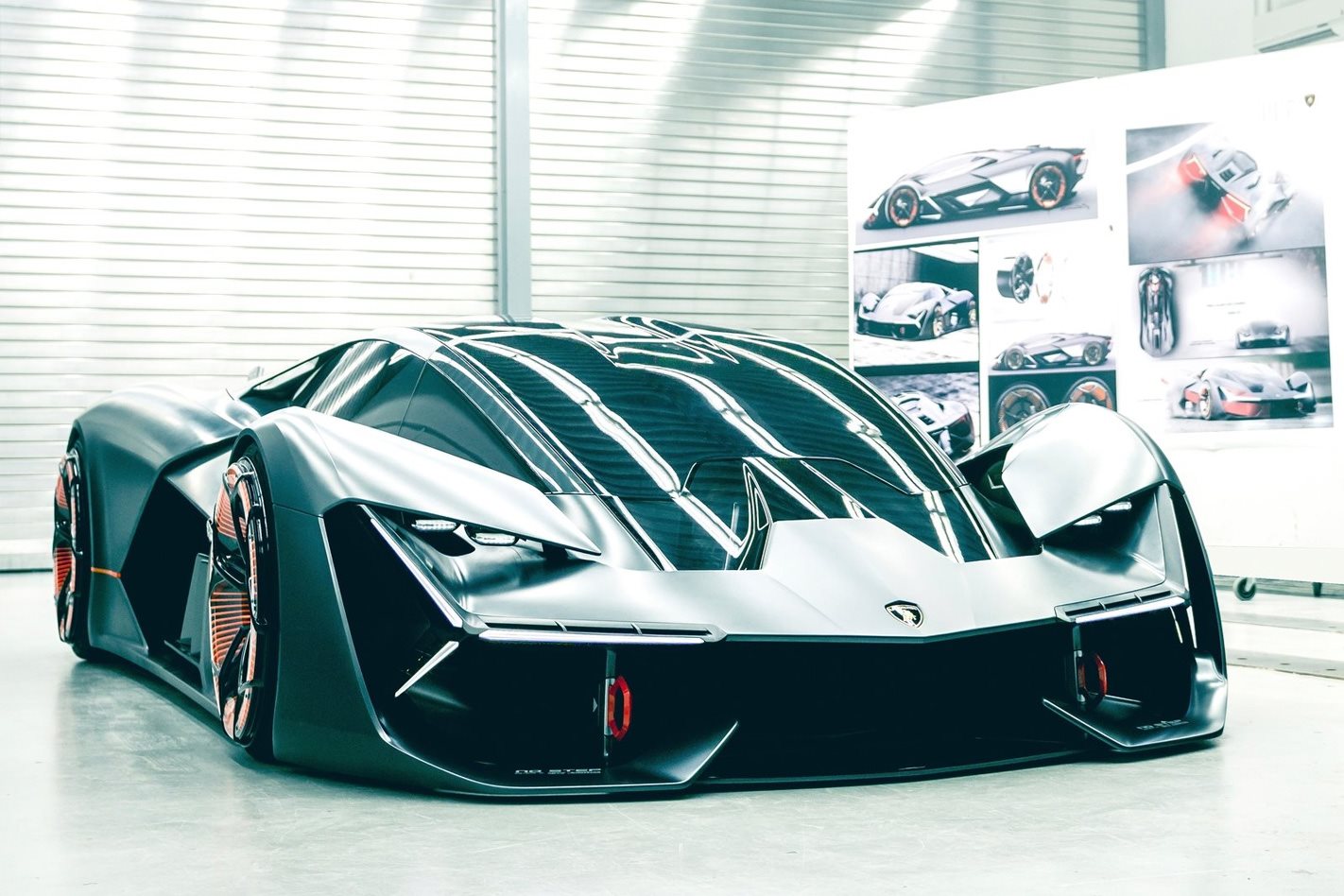 Its body panels actually incorporate super capacitors which provide massive power instantly for the electric drive motors, but also free up space that would have been needed to store more conventional batteries.

Without the constraints of designing a traditional electric car, the Lambo artists had an open sandbox to play in. The result is a no-holds-barred tech fest.

Hard to believe our next favourite concept is from the same parent company as the Lamborghini, but the Volkswagen Group was also responsible for the knee-weakening Bentley show car too.

Debuting at the Geneva show in March, the clumsily-named EXP 12 Speed 6e followed on from the coupe version of a year earlier, but swapped out its petrol engine for an electric drivetrain. 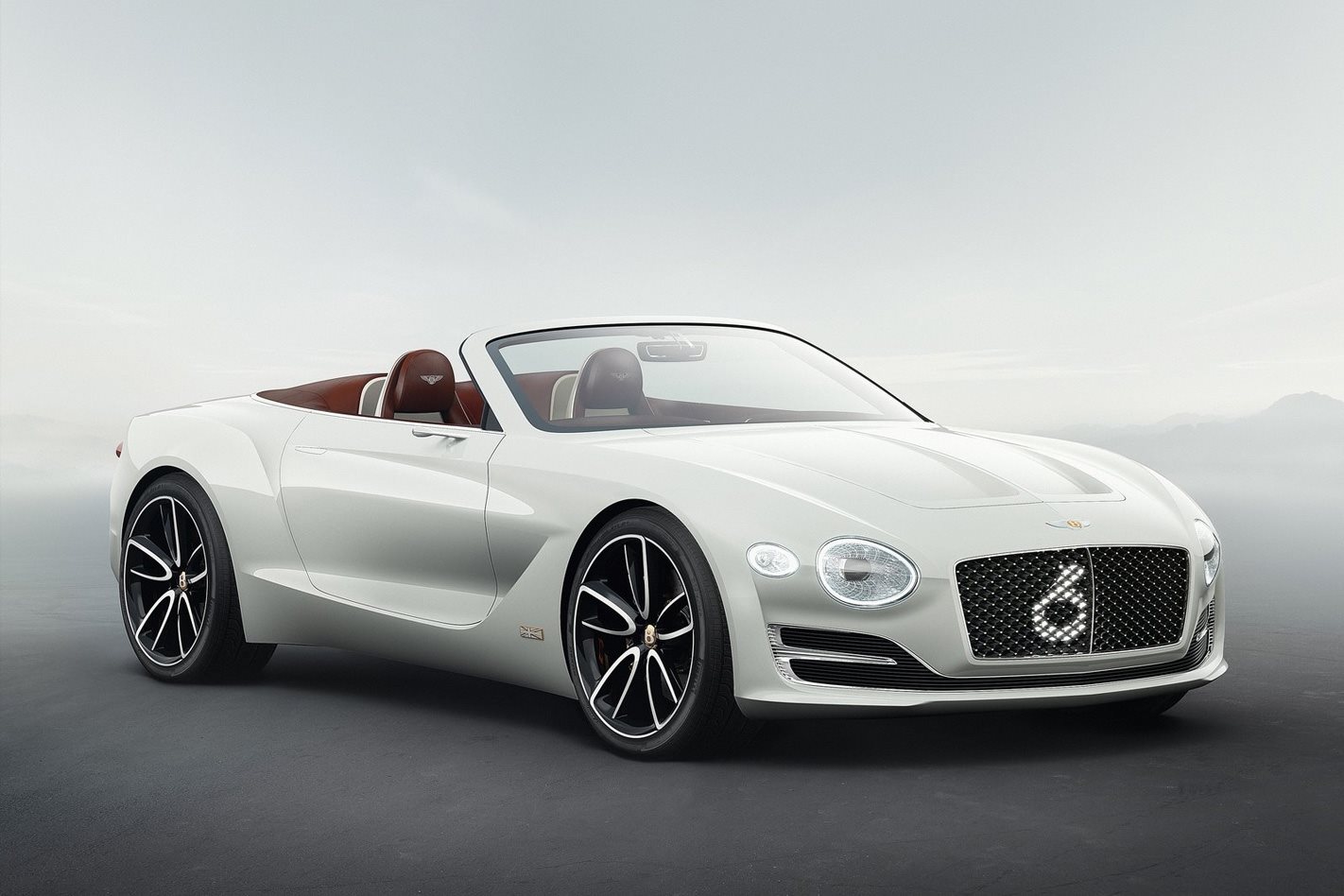 Not only does the gorgeous sportscar hint at electrification for the brand, but a second outing of a smaller concept adds fuel to the theory that Bentley may one day introduce a new segment below its Continental GT.

Speaking of the Continental, the response to the concept was so positive that Bentley’s designers incorporated many features into the new generation model that has since emerged. See, they really do listen to us.

Following a long and consistent run of show-stopping Mazda concepts, the Vision Coupe delivered another remarkable design that, if the Japanese brand’s previous offerings are to go by, will evolve into a production car that echoes its design faithfully.

In the Vision Coupe’s case, the concept is touted to become the next Mazda 6.

While there are heavy hints of Aston Martin in the Vision Coupe’s styling and an immense glasshouse that extends almost to the edge of the boot, Mazda says the design honours the classic 1969 Luce Coupe – except with four doors and a footprint that will struggle to fit within a regular parking spot. 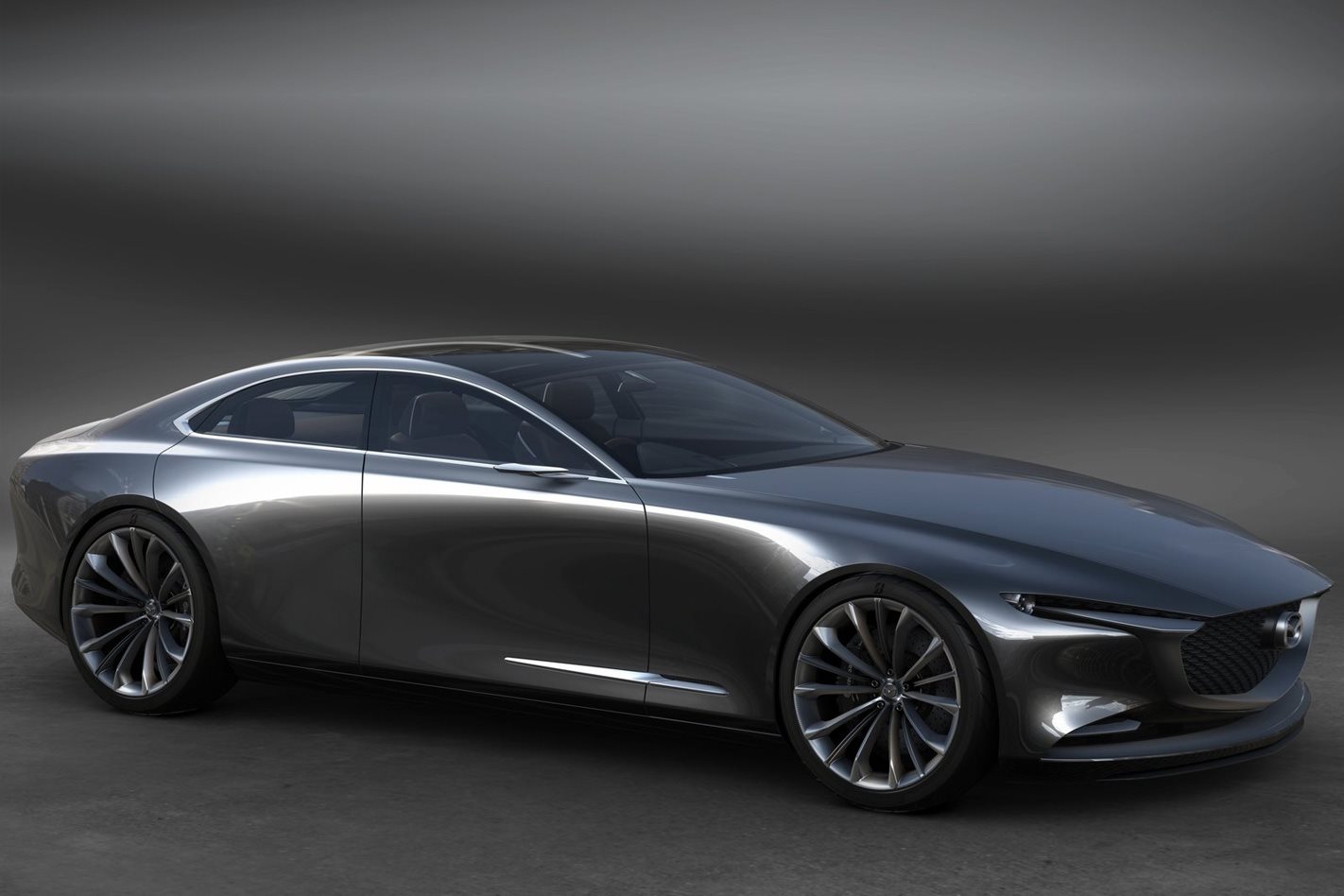 It seems appropriate to cap off this list with a car that’s was one of the wildest and most forward-looking concepts of the year. Debuted by Audi at the Frankfurt Motor Show, the Aicon concept is the German manufacturer’s take on the luxury car of the future.

The suicide doors may be old school, but the Aicon houses tech that is so conceptual that Audi is actually yet to make it a reality. Then again, that’s the point of a concept – to push technological boundaries.

Fully autonomous and powered by electricity, the Aicon has no steering wheel in its 2+2 cabin and doubles the range of present-day EVs. Driver controls aren’t the only thing missing: the Aicon has no seatbelts, with Audi claiming its autonomous tech will become so advanced that seatbelts will no longer be necessary.