oh, and a BMW M3 drag car with a turbocharged triple-rotor drivetrain and suspension plated in 23-karat gold.

The Queen Street Group in south-western Sydney is one of the nation’s best-known shops for street car customising; although the business also covers unique wedding car hire, regular smash repairs, a car wash, and even a charcoal chicken shop. 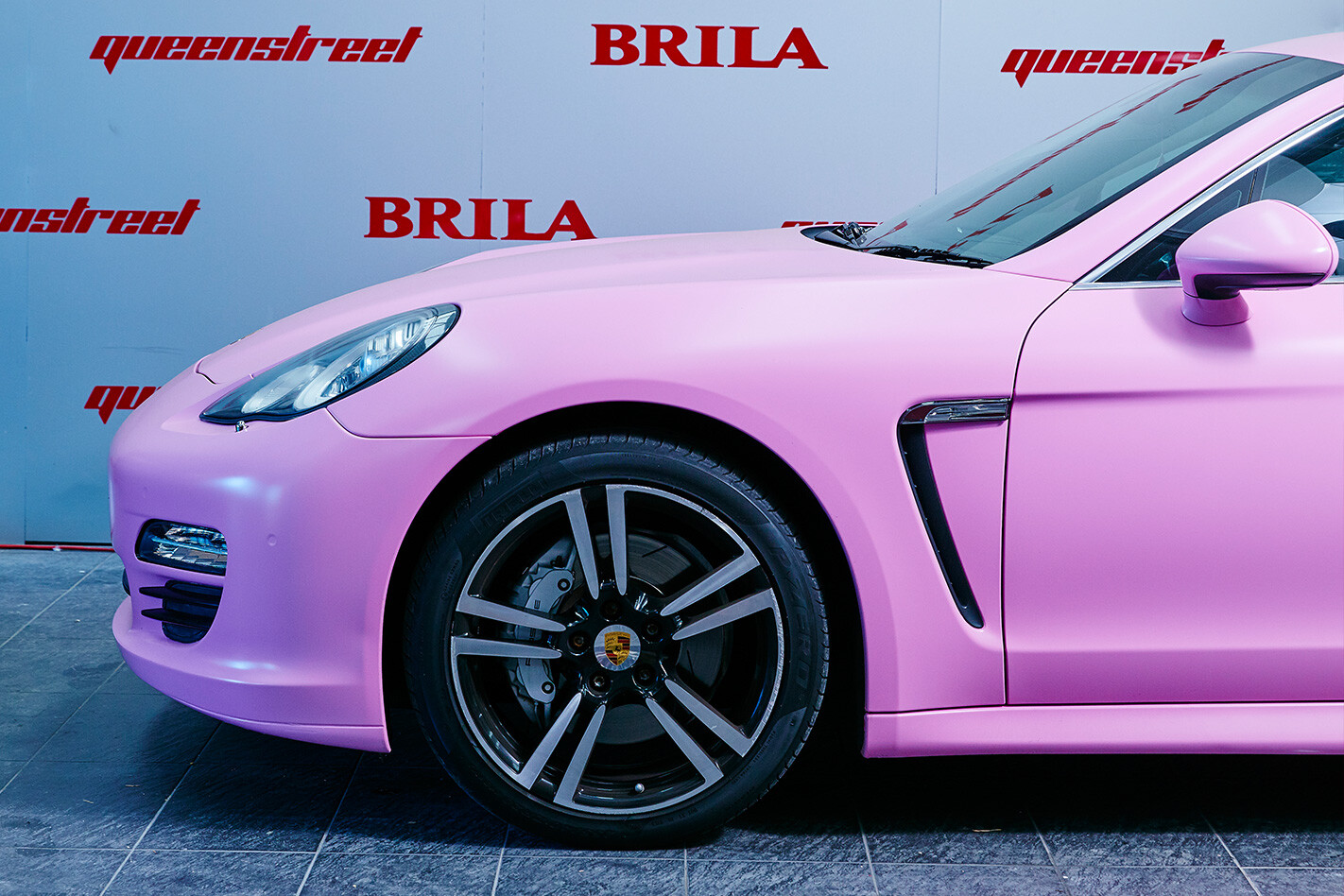 This niche automotive empire began in 1998 when panel beater Mohammed (now 39) and his brother Bakr (37), a spray painter, teamed up with a panel shop. “It was pretty much just normal cars, and then we started building cars for customers,” Mohammed recalls.

“Really, [the customs] started with my own car, a Ford TE Cortina. We were supposed to be spraying it maroon, but my brother-in-law wrecked the paint and it ended up pink. That’s where the ‘Barbie’ nickname started.

“We built a little pink Gemini for drag racing. It popped a really big wheelie and the car ended up on its rear bumper bar. That sort-of went viral, in the magazines. That was around 2000.”

Queen Street’s paint jobs and custom builds went more extreme through the 2000s, propelled by a booming show scene. Intense competition prompted custom shops, and not to mention owners, to out-spend each other. Throughout, Mohammed has carried a passion for rotary engines through various drag racing cars. The most spectacular, revealed in 2010, is the triple-rotor M3. With its 23K gold plating, it’s been valued at $1 million.

There hasn’t been much time for racing. In 2014 the headquarters doubled its previous size, with an appropriately flashy launch party to celebrate. The following year, Queen Street supplied some of the (literally) traffic-stopping fleet for the wedding of Sydney businessman and media magnet, Salim Mehajer.

“Weekends I’m either doing wedding or family,” Mohammed says. “It’s come to a stage where it’s not all about business. It’s more about family and how you work hard, and you’ve got to enjoy your family … [but] 2018 should be our year to get out and go racing.”

Business hasn’t slowed at all – there’s a full-time crew of 12, and half the work is regular accident repairs – but Mohammed notes that it’s becoming rare to see young guys spending astronomical money on rock-star street cars.

“Some people do work hard, some people got given a golden platter from their parents or whatever. But I was just having a chat to someone this morning and they’re like, ‘Man, where’s the money gone?’ You work so hard and nowadays, you’re just paying your bills.

“It’s also been getting harder because there’s been no shows. It pretty much kills the custom side when there’s no competition, where after the show they say, ‘I want to dump another 20 grand in my interior, or on my paint.’ Instead of going out, people spend money on their cars.”

Mohammed says worsening police and community attitudes on custom cars have also thrown a wet blanket over the scene.

“They try taking the street guys off the street, and next thing you know they’ve got gangs of motorcycle clubs and all that. Then it goes from there … What do they want people to do?”