IT'S EASY to be rude about Formula E. So let’s bully the geeky kid and do just that.

Engine-free motorsport was always going to be a tough sell, and despite being in its third season, the FIA’s electron-fuelled championship is still conspicuously lacking much of what you’d expect from a successful race series. It’s not just the near-silence. Formula E cars do have a soundtrack, a sped-up subway train whine that actually suits them pretty well, although which struggles to overwhelm the chuntering noise of scrubbing tyres.

No, the broader omission is one that could be simply labelled as ‘excitement’ – you know, the visceral thrill that proximity to fast machinery always produces, that sense of risk and daring, the adrenaline-spike-by-proxy of knowing you might see a heroic overtake or an enormous crash.

Despite deliberately tight city tracks and some tasty drivers, including several F1 veterans, Formula E has almost none of that.

The cars look slow because of Newtonian physics – even in full-fang qualifying form they are limited to 200kW, and most of the race is run in a turned-down 170kW configuration; this while hulking a minimum driver-up weight of 880kg. That’s a power-to-weight ratio inferior to a Formula 3 car; short of ride-on mower racing for fat blokes, it’s about the worst in motorsport.

Then there are eco-grade tyres and those gawky wings – designed for aero efficiency rather than downforce.

It takes undoubted skill to drive one to the limit, especially with the lack of run-off on the street course venues, but you could watch the fastest Formula E lap ever driven with a resting heartbeat. At the Monaco ePrix the BMW i8 course cars often looked faster, and the fact most occupants of the press room chose to watch F1 qualifying from Spain rather than the race they were nominally covering speaks volumes about the shortage of thrills. Yet here’s the thing – against the standards set for it, Formula E is already a success.

Promoter Alejandro Agag says the series is already making a profit on its €100m turnover. Manufacturers are piling in to show off their green credentials – Audi, BMW, DS, Jaguar and Renault are already involved, even Ferrari has considered an entry. More liberal technical rules are coming, and a switch to a bigger McLaren-developed battery pack in 2018 will remove the need for drivers to switch cars mid-race (a quirk that provides one of the few sources of tactical interest).

The critical issue with Formula E is that it’s just not designed for people like us.

Agag is quite open in his desire to attract a new audience with no previous interest in racing, hence rounds in cities and the emphasis on gimmicks like ‘fanboost’ – a temporary lift to 200kW during the race, delivered to the two drivers with the most social media interactions.

With interest dipping in entry-level motorsport around the world, it might even be the future.

Just a desperately unexciting one.

Formula E’s lack of excitement is in stark contrast to the recent Nurburgring Norsdschleife record claimed by the Nio EP9, a 1MW EV hypercar. 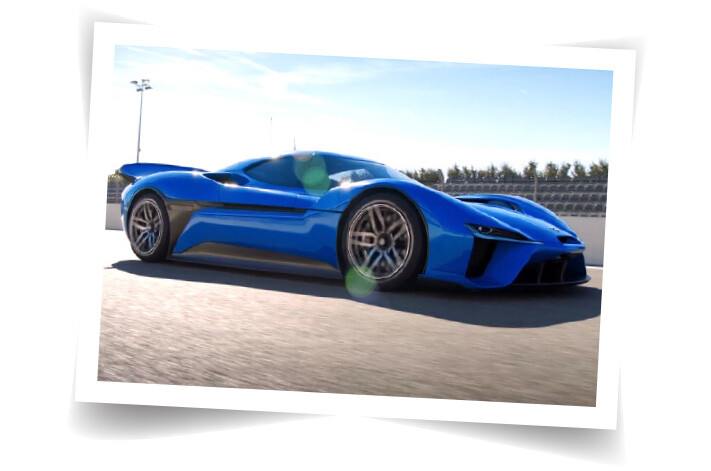 Having set the pure electric record last year, Nio went back in May to challenge for the overall time, sportscar veteran Peter Dumbreck driving it to a time of 6m45s on the 20.8km circuit. Okay, so it’s stretching the definition of a production car to breaking point, but the in-car footage of Dumbreck trying to tame the EP9’s considerable mass is properly exciting.

McLaren has subsequently gone faster with the non-series P1 LM, but Nio is planning to go back for another try.