The van is traditionally a completely unremarkable vehicle.

Designed for purely utilitarian purposes, vans are uninspiring to the red-blooded motoring enthusiast... most of the time.

But like any rule, there are always exceptions, and these three examples show why you shouldn't underestimate that tradie van next time you line up at the traffic light grand prix.

The Jaguar XJ220 was a seriously quick car for its time. With sleek aerodynamic styling, the Jag Supercar was powered by a 540-horsepower twin-turbo 3.0-litre V6. This was good enough to launch the Big Cat from 0-100km/h in 3.6-seconds, and onto a blistering 342km/h top speed.

Interestingly at the time, Jag couldn’t go testing the engine in something that would give the game away on what it was developing. So it hatched a plan to slot the running gear of the XJ220 into something a bit more inconspicuous. Enter, the Ford Transit. 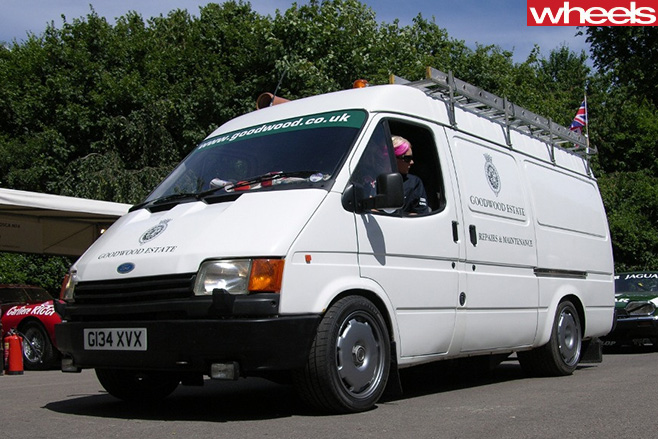 The van was modified to accommodate the new power-train, and successfully tested the engine and gearbox combo without prying eyes picking up on what was happening.

Once the XJ220 was released, the test van was put out to pasture and forgotten for a number of years.

Read next: Remain calm, a real Jaguar XJ220 is for sale in Australia

However, it has now found a new life in Hillclimb racing. The current owners have fiddled with the engine to make 477kW, and the suspension has been tweaked so that corners aren’t a masterclass in understeer. It even gets driven on the road regularly!

Keeping its sleeper looks, this is one Transit that you don’t want to get tempted into racing off the lights.

Originally created in 1971, the original Ford Supervan was the lovechild of a Mk1 Transit bodyshell and GT40 engine and chassis. Built by Terry Drury Racing the car made appearances at motorsport events around Britain, and appeared to simply be a Transit with flared arches and wider wheels – that just so happened to be powered by a 298kW V8 from one of the most iconic Fords of all time. 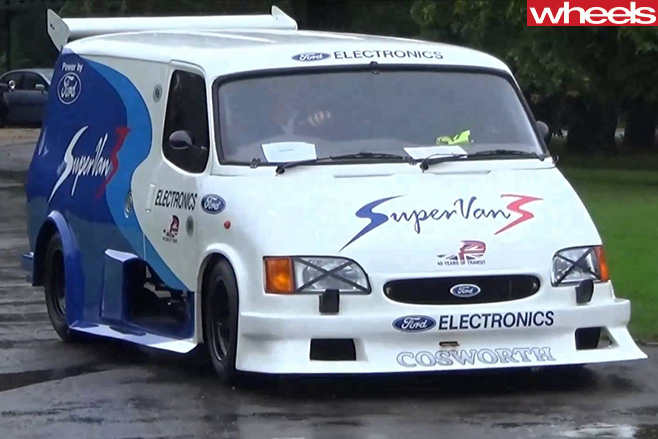 In 1984 a new  Supervan2 was built. This time, things got turned up to 11. The body was a fibreglass replica of a Mk2 Transit, but with a front airdam, large side inlets, and a massive rear wing. Underneath it was a C100 Group C car, with a Cosworth DFL engine. While testing, this Franken-van was clocked at 280km/h. But the second iteration of Supervan lived a life as short as it was wild, retiring just over a year later when the Mk3 was released.

It wasn’t until 1994 that the Supervan name returned once more, this time to promote the Mk5 Transit. Built off the Supervan 2 carcass, the third iteration of the Supervan had a reduced seven-eighths scale body, with a Cosworth HB engine. Supervan 3 was the longest surviving iteration, appearing publically until 2001, before being refurbished in 2004 with a Ford-Cosworth Pro Sports 3000 V6 Engine.

In 1995 Renault was celebrating the 10th anniversary of both its involvement with racing in Formula 1, and its Espace people-mover. Instead of dealing with the two occasions separately, Renault decided to multi-task, and the Espace F1 was born.

Resembling an Espace visually, the radical van was underpinned by a carbon fibre chassis and body, and was powered by a 587kW 3.5-litre V10 lifted from the 1993 Williams-Renault FW15C F1 car. 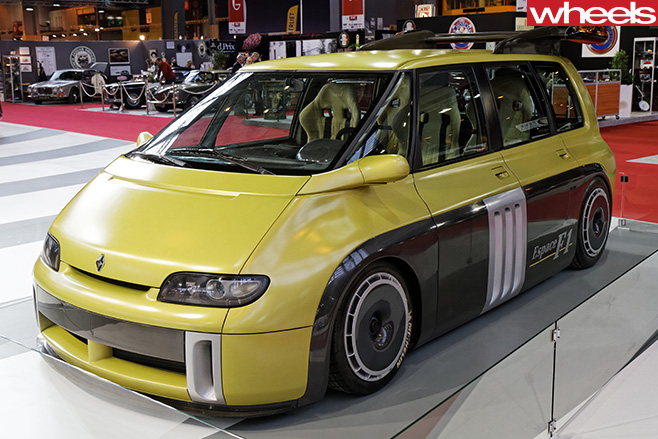 It wasn’t just getting going that was the Espace F1s party trick; the people-mover was pretty impressive on the brakes too – it was capable of going from 0-270-0km/h in just 600 meters. 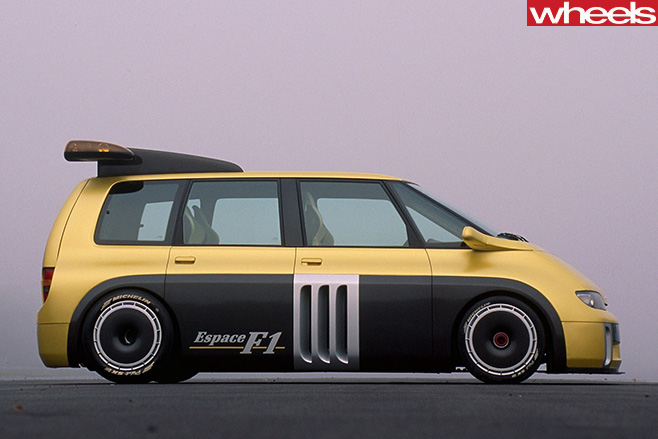