How do you tune an electric car for more power?

As the car has evolved, so have the techniques for extracting more power from it, including such internal combustion engine tuning milestones as the mainstream arrival of the turbocharger in the 80s, and the advent of the anti-tuning ECU at the beginning of the 2000s.

The turbo made it enormously easy to make big power gains – tuners no longer worked with valves, cams and carbs, but a boost controller. Then the smarter engine management computers of the new millennium made it trickier (but not impossible) by applying artificial limitations on power despite tweaks to the turbo, intake and exhaust.

With the advent of the electric car, however, a new chapter in hi-po tuning opens, and all those techniques seem decidedly old-school.

If the turbocharger made it easier to shove air into an engine for a bigger bang and more power, then the electric motor makes it even easier to cram current in. Just like dialling up a turbo’s boost, winding up the voltage in a battery-electric system brings big gains.

Now, while in practice this isn’t straightforward to do just yet – not until the aftermarket catches up with ‘bolt-in’ battery pack upgrades and high-voltage motors and controllers – the principle is nonetheless simple. 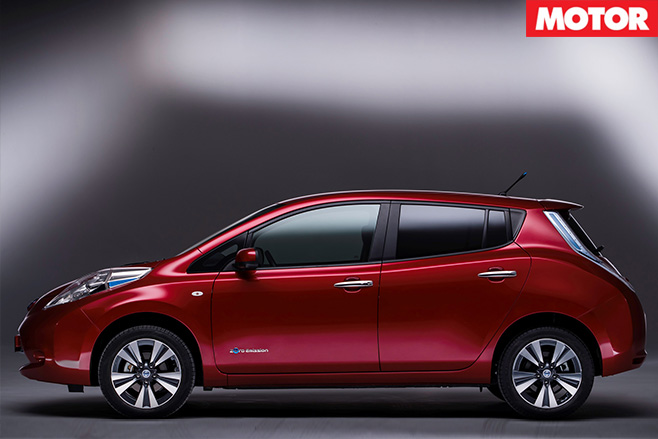 Take the battery pack in the humble Nissan Leaf, for example. It consists of 192 cells, each of them a nominal 3.8 volts. The battery is arranged into two lots of 96 cells connected in series, for a total of around 360 volts. The two halves are then arranged in parallel, to provide the 24kWh capacity.

However, if all 192 cells were arranged in series, the total voltage would double to around 720 volts and the capacity would be 12kWh.

In this scenario, the total power output (of the battery) would be up from 90 to 180kW. The Nissan’s outputs mightn’t double, but if they did it’d produce 160kW and 560Nm (assuming the motor and controller were up to it). The range reduction to around half of the standard 135-odd kilometres comes as the downside, along with accelerated front tyre wear. 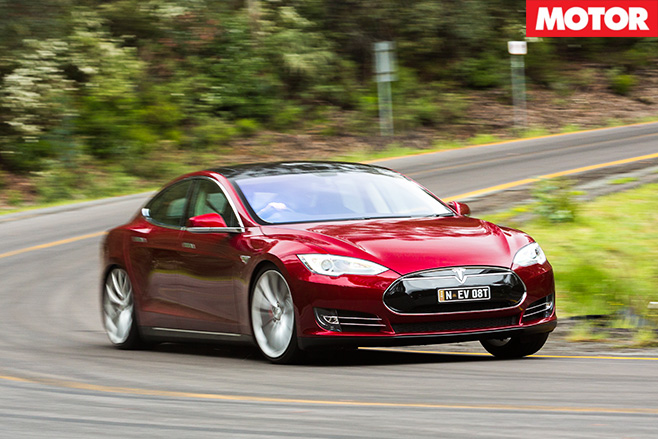 The alternative to high-voltage batteries is to add extra motors. Now, a production car electric motor is far smaller and lighter than your average petrol engine, which makes this very possible (in theory, of course).

With two motors sucking current, the effect is the same as our battery scenario above. Power output increases immensely, while range is greatly reduced. Meanwhile, the possibilities for torque-vectoring all-wheel drive with a pair (or, better, four) motors are awesome.

Twinned motors are exactly how Tesla transforms its model S 85 into the ultimate P85D variant, bringing an upgrade to all-wheel drive and a power increase from 270 to 515kW.

DUAL IT OUT
Tesla’s P85D uses the same front/rear dual-motor system as the forthcoming Model X ‘crossover utility vehicle’. As well as the 90 per cent power increase, torque improves to 930Nm from the rear-driver’s 440Nm.

TURN IT UP
Most battery cars lack the involving sounds of a petrol performance car, but not the Larte Enigma. The body-kitted Model S promises an “integrated electronic sound [to] give this supercar a worthy soundtrack to match its great looks.”

RANGER
Impressively, the ridiculously quick P85D – Tesla claims 0-100km/h in 3.3sec and 0-400m in 11.8sec – has a range of more than 450km, which is as good as most, including the considerably less-potent rear-drive version.

FULL CHARGE
The emergence of the FIA sanctioned Formula E (home to out-to-pasture F1 drivers), and the fact an electric car won this year’s Pikes Peak outright suggests that in the performance domain, the battery is set to be big.

The ‘White Zombie’ offers a peek over the fence into the world of backyard electric tuning. The 1972 Datsun Sunny/1200-based creation from Portland’s John Wayland (of Plasma Boy Racing) faithfully follows the big-motor-small-car path, using a bootful of Navy helicopter prototype lithium-polymer cells and a monster 400kW/1250Nm motor between the front strut towers. The battery Datto wears rego plates, does 0-100km/h in less than 2.0 seconds, and silently (except for the sound of tortured tyres) sprints the quarter in less than 12.0 seconds.