Okay, yes, it's an unflattering photo. But such things are easy to get your hands on for Bentley's new luxo-SUV, the Bentayga – the dubious recipient of our inaugural Dropped Pie Award.

Looking like the lovechild of a wombat and a Westinghouse, possibly the most worrisome thing about the Bentayga is, if it didn't have Bentley badges on it, ask most punters what it is and they're likely to give quite upsetting answers.

It's true that beauty is in the eye of the beholder and who are we to bag the Bentayga on subjective grounds. And to those people we say: jeans and joggers? Really? 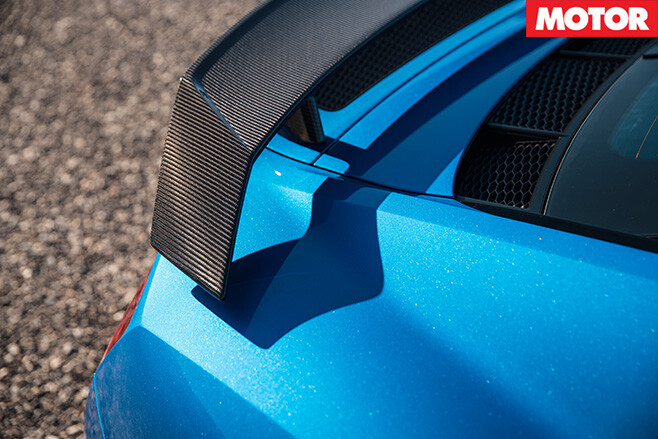 Spoilers can do just that to a car’s looks. But if there’s any marque that can integrate something stylishly, it’s Audi.

Ingolstadt's flagship supercar, the R8 V10, comes with a standard extending spoiler that lets its gorgeous silhouette run undisturbed. However, on the faster Plus, it’s traded for a fixed unit so gorgeous it was clearly crafted by people who love cars and have a passion for the details.

Finished in gloss carbon fibre it matches the rear diffuser’s race-bred looks, while at maximum velocity, which is 330km/h, it helps load the car’s rear axle with 100kg.

Of course, while it does its part for downforce, it's svelte enough to hardly disturb rear vision. A lesson in both form and function.