Enjoys challenge, but needs to concentrate in class. Plenty of happy Jeep owners, but challenge will be ensuring they remain happy and buy a Jeep next time around. Brand well positioned for moderate growth but needs to tackle quality issues as assertively as it does rocky trails.

Enjoys challenge, but needs to concentrate in class. Plenty of happy Jeep owners, but challenge will be ensuring they remain happy and buy a Jeep next time around. Brand well positioned for moderate growth but needs to tackle quality issues as assertively as it does rocky trails.

BACK when every Jeep had to be capable of getting to the moon and back (okay, the Rubicon Trail, which is slightly more challenging), Jeeps were fairly agricultural machines. Compromised on-road, their quality and attention to detail was outclassed by cheap garden furniture.

While the iconic brand and its associated rugged looks were enough to carry it in the good ol’ US of A, Australians were more attuned to what was being waved under their noses and largely stayed away. It was more of a niche brand for those chasing an image – there was a time when the biggest single market for Jeeps was Bondi – or, occasionally, genuine off-road ability.

But it was 2011’s Grand Cherokee that put the brand on the map. Regularly one of the best-selling off-roaders, its combination of value, good interior presentation and a 3.5-tonne towing capacity stole sales from favourites such as the Toyota Prado.

During the noughties, new management decided to ditch the Rubicon Trail requirement so Jeeps could finally be soft – but still look the business. It was a bold move, given the company’s heritage was all around excellent off-road ability, but it’s one that worked. New models such as the thoroughly unimpressive Compass and Patriot ensued, but because they were priced well they bolstered sales to the point where Jeep is now a volume player.

The simple but effective model line-up – still bolstered by the Grand Cherokee that is the brand’s top seller – is well positioned and marketed.

Jeep even scraped into the top 10 best-sellers’ list for one month in 2014, which isn’t bad for a relatively narrow line-up consisting only of SUVs.

SUV sales are up 5.3 percent in 2014 while the overall market is down 1.9 percent. Of that SUV growth – a trend that’s been going since the 1990s – it’s the small models that are growing fastest, with the segment up 17.5 percent for the year.

Little wonder that’s where most brands are focusing their attention – and Jeep is no different.

In the third quarter of 2015 it will introduce the Renegade, an Italian-built compact SUV for the city set. While it claims best-in-class off-road ability – many in the class don’t even drive all four wheels, so the bar isn’t particularly high – the Renegade is clearly aimed at suburbia and CBDs.

Pricing is expected in the mid-$20K region, with the upcoming Mazda CX-3 and Honda HR-V likely to be prime competitors.

Other than that, Jeep model activity is slim. There will be a tweak to the Grand Cherokee later in the year as well as various special editions, including some wacky colour splashes and limited edition bits and bobs on the iconic Wrangler.

BIG growth in a relatively short space of time can create headaches for car companies. Volkswagen struggled with that in recent years and even Audi has had to work hard to increase its service network.

Servicing and aftersales typically take a hit as the dealer network rushes to maintain pace with so many more cars requiring parts and servicing.

Jeep is in the very real position of dealing with such issues – exacerbated by quality problems. As we went to print, the Grand Cherokee had just received its eighth recall in a calendar year. Some customers will probably be trying to claim mileage from driving to and from dealerships to get potential issues fixed.

Customer service, not growth, should be at the forefront of the brand’s short term plans. That said, the Renegade will naturally bring some growth, ensuring Jeep will be on the fringe of breaking into the top 10 lists again. 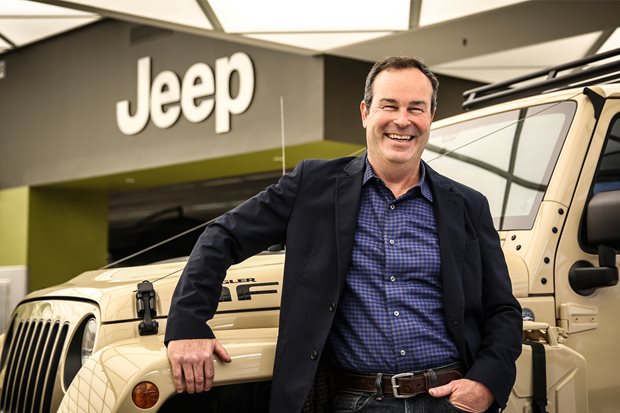 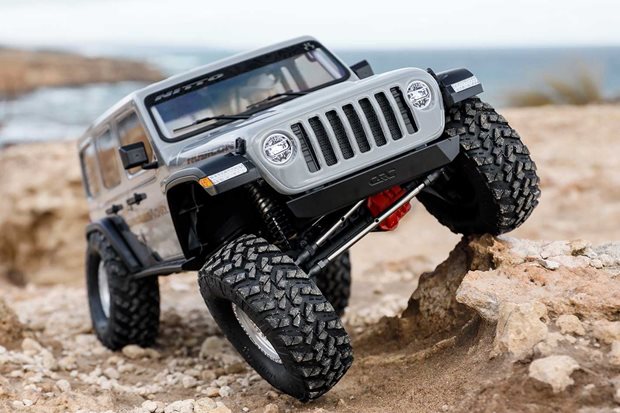 How cool is this remote-control JL Wrangler?