How likely is it that these future technologies will become mainstream

The future is now, so how far have we come? We score five core technologies to assess if automotive advances really are changing the world

Back in March 1976, a story by Tony Curtis – no, not that one – appeared in Wheels. ‘In The Year 2025’ was a bit of a depressing read, to be honest. Inspired by Orwell’s 1984, the author told a tale of all private motor vehicles being banned by the overarching hand of the state by 1985. Swing and a miss there.

Yet glance through the 1976 issue and some things are all too familiar. There are Corollas, Passats, 911s, Civics, LandCruisers and Lancers. A disgruntled reader wrote a letter complaining that modern cars lacked character, while a Fiat came last in a group test.

A couple of months later, however, Wheels ran a report on ADR27A, the first anti-pollution regulations on Australian cars, noting that “it’s become critically important that something must be done to at least minimise any further increase in air pollution”. Cars like the Fiat 130 and Renault’s 15 and 17 coupes faced the chop for being unable to comply with these restrictions on hydrocarbons, carbon monoxide and nitrous oxides.

That noble aspiration seems a long way distant. In a recent analysis by Transport Energy/Emission Research (TER), written by Professor Robin Smit, it became clear that Australia looked likely to become a dumping ground for the world’s dirtiest engines. “There is no incentive for the car companies to sell lower-emitting vehicles here. At the moment the manufacturers are allowed to sell anything they like with little restrictions,” Smit said. So are we where we thought we’d be at the turn of this new decade? We take a look at some of the major pillars of progress and mark the cards.

The last year has been tough on autonomy. Apple shuttered its autonomous electric ‘Project Titan’ and Waymo’s CEO John Krafcik issued a stark reality check, stating that the technology might never actually work. In an interview with the WSJ, Krafcik said that true autonomy will never happen, and that self-driving cars will always “have restraints”. At the Tokyo show this year, James Kuffner, the CEO of the Advanced Development division of the Toyota Research Institute, said of true level five autonomy, “Let me be clear: nobody is even close.”

While most of the self-driving hype has cooled, there is one notable exception. Elon Musk has marked the end of 2020 as the time when Tesla drivers will be able to get in, nod off and wake up at their destinations using full self-driving. Until then, despite the tech being what he refers to as ‘feature complete’, drivers will have to continue to monitor the technology and be ready to take control of the wheel if something goes wrong. The only 100 percent reliable indicator here is Musk’s overconfidence in when this technology will appear.

At present, true autonomy is reserved for tightly controlled geofenced areas. If you’re anticipating catching some zeds on the commute to work, there’s always Uber.

Five years ago there were three electric cars on sale in Australia – BMW’s i3, Tesla’s Model S and Nissan’s Leaf. Now three has become 10. We currently have the i3, Hyundai’s Ioniq and Kona, the Jaguar I-Pace, the Nissan Leaf, the Renault Zoe, Mercedes-Benz EQC and a trio of Teslas: S, X and 3. Seven additions in half a decade is hardly an avalanche of new metal. There’s nothing yet from Toyota, Mazda, Kia or anything from the Volkswagen group. It’s on the way, but these industrial giants haven’t exactly fallen over themselves to rush product out.

A recent survey by Nielsen across 1000 car owners and 10 senior automotive marketers found that attitudes to electric cars in Australia took a similar wait-and-see tack. Fully 24 percent of respondents identified that they intend to buy an EV but the market penetration remains at around 0.2 percent.

“Australia is currently in a catch-22. The lack of recharging stations and infrastructure discourages electric vehicle buyers. Without consumers’ intention to purchase, the government will not prioritise to build what’s needed,” Nielsen noted. 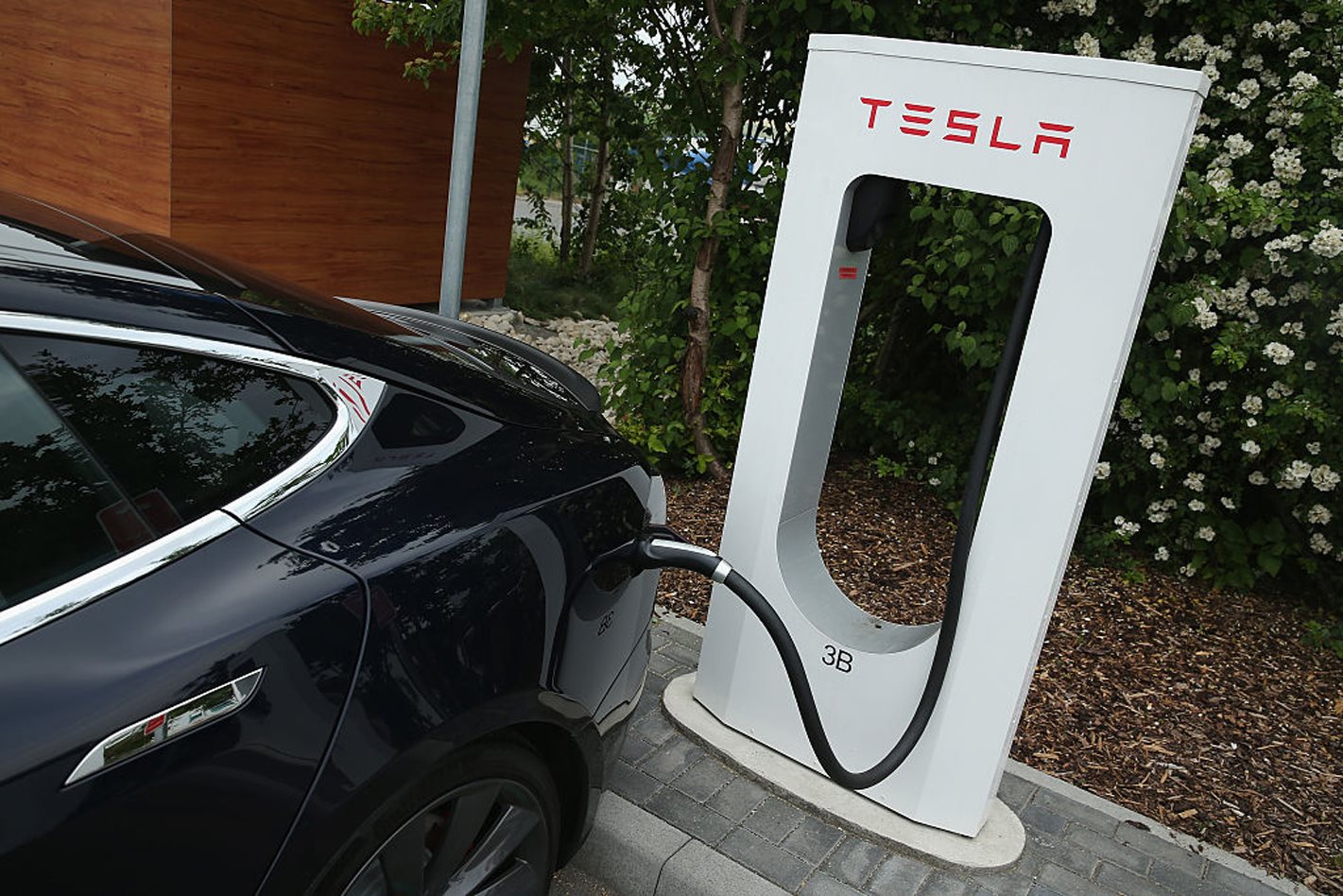 Perhaps that does a disservice to the rapid growth of the domestic electrical charging infrastructure. Five years ago you could buy a Tesla, but route planning could be problematic. There were just two Supercharger locations in the entire country at the start of the year. Now there are nearly 40 connecting up most major arterial routes.

The Morrison government announced $15m worth of funding in August for a network of 42 fast-charging stations to be built by start-up Evie over the next 12 months (at a total cost of $50m). These stations, located about 150 kilometres apart, are Tritium 350kW ultra-fast charging units, manufactured by an Australian company headquartered in Brisbane.

“We have estimated that Australia needs around 350 sites to cover all the highways that make up Australia’s national land transportation network,” Evie’s chief executive Chris Mills said.

The chargers are suitable for all EV models currently available, and will also support new EVs capable of even-faster charging times.

Chargefox is also rolling out 350kW Tritium and ABB units, with some 22 locations adding to Queensland’s existing 17-site network with a goal to extend it to 100 sites in total.

We’ve toyed with the idea of ‘vehicle to everything’ communication, but 2020 marks a big step forward with the incredibly prosaic-sounding Release 16 of the 3GPP C-2VX protocol. Basically, this is a 5G standard of ultra-fast cellular broadband which allows rapid transmission of data from car to car, car to infrastructure (such as signs and lights) and car to vulnerable road users (pedestrians and cyclists). 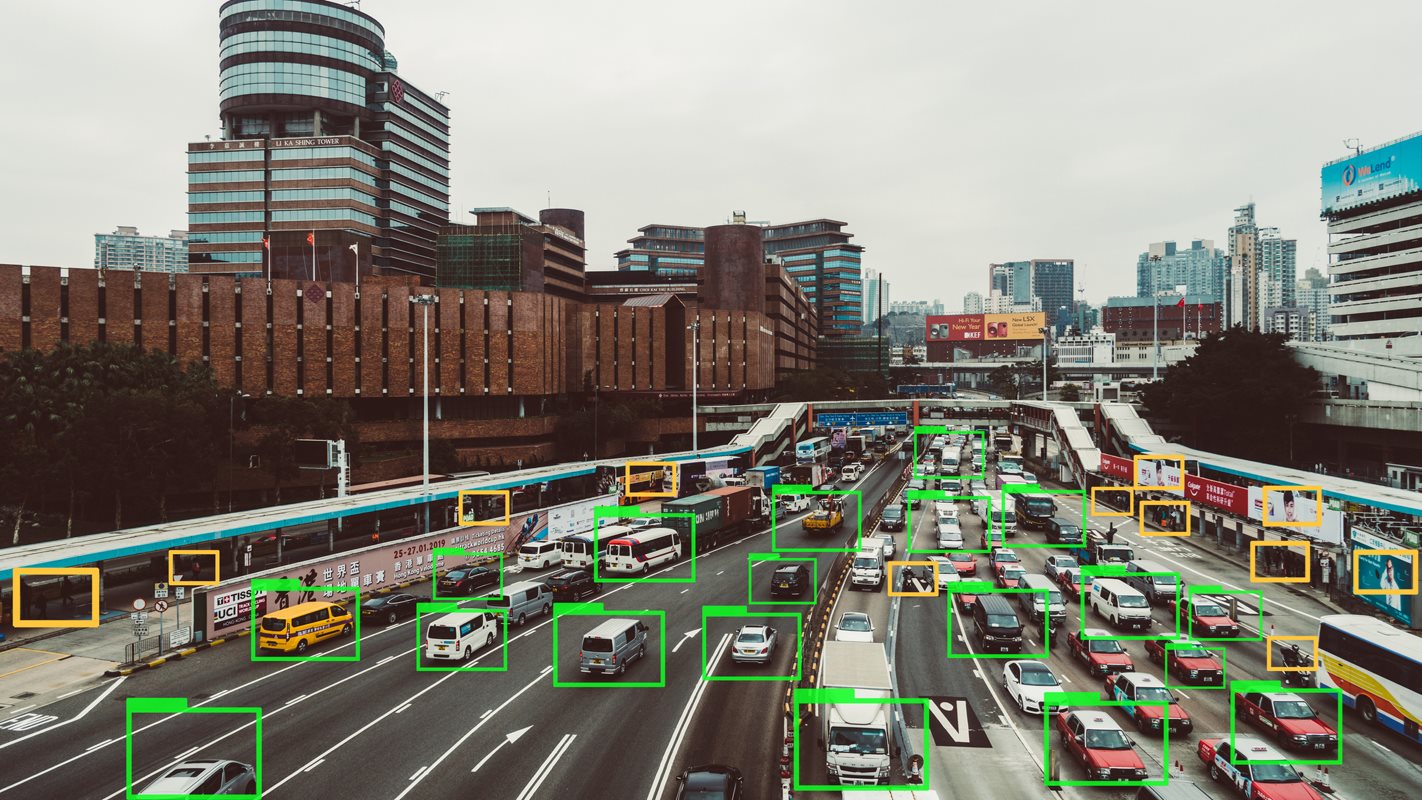 Vehicle to X (or V2X) will assist in use cases such as forward collision warning, lane-change and blindspot warning, emergency brake light warning, intersection movement assist, emergency vehicle approaching, roadworks warning and platooning (allowing a number of vehicles to travel together in close proximity).

A consortium backing the C-2VX technology called 5GAA now has over 120 members, among them car manufacturers such as Audi, BMW, Daimler, Ford, GM, Honda, Hyundai, Nissan, Volkswagen and Volvo. Included in the body are tech companies like Intel, Samsung and Qualcomm, auto electronics companies such as Alpine, Continental and Bosch, network infrastructure manufacturers like Nokia and Ericsson, and telecoms carriers AT&T, T-Mobile, Verizon and Vodafone.

As well as offering much faster data transfer, from 50 milliseconds for 4G to as quickly as 1ms, 5G can also transfer more data than 4G, allowing vehicles to share sensor data such as input from video cameras and radar. This would allow, for instance, camera data from a truck in front of you to arrive at your vehicle so that you could check whether the road ahead was clear.

·     Verdict: Progress being made

This remains a target that’s tantalisingly close. Solid-state batteries differ from conventional lithium-ion batteries by replacing the liquid or polymer electrolyte with a solid electrolyte, thus realising greater energy densities. This, in turn, allows the battery packs to be smaller, as well as cheaper per kilowatt-hour, and spells the potential for EVs to realise an 800+km range.

These benefits seem obvious and are brought into focus by the fact that it’ll probably be three years before we get to the much-vaunted US$100/kWh figure for Li-ion batteries which has long been mooted as the point at which EVs are more cost effective to produce than internal-combustion-engined cars. At the start of 2010, that figure stood at $1000/kWh and by the start of 2015 it had dropped to $300/kWh. By 2017, General Motors claimed the Chevrolet Bolt’s cells were $145/kWh and Audi has recently cited $120/kWh for its battery costs.

Toyota’s absence from the global EV market has, in large part, been due to its focus on solid-state battery tech. It has partnered with Subaru and Suzuki, with Mazda set to join the alliance, in developing solid-state tech and is targeting the Tokyo Olympics for launch. “If possible, by the time we have the Olympic Games [in 2020], we would like to make sure that a solid-state battery can be unveiled to the public,” Toyota research and development boss Shigeki Terashi said in June. 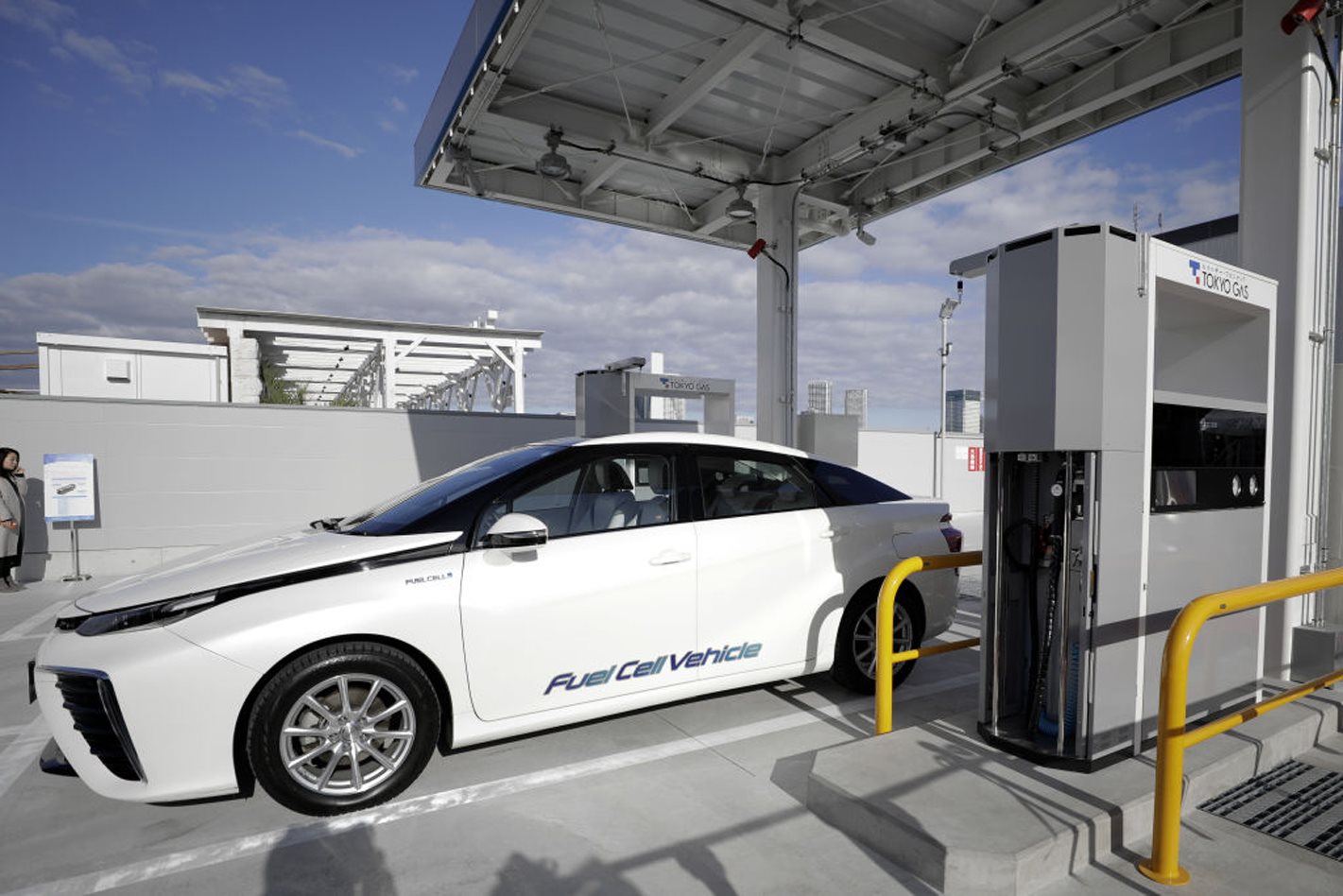 There’s a universal truth about disruptive vehicle tech. The ideas come a lot quicker than the infrastructure roll-outs. What’s more, safety-critical systems take a long time before they are fit for human consumption. The run up to 2020 feels, if anything, an inflexion point, a time when we take a breath and begin to take a more measured view of technological advances. The complexity of contemporary systems integration demands it. Australian academics are doing pioneering work on hydrogen generation and sequestering, while solid-state battery advances and a step change in Vehicle-to-X protocols should see 2020 kick off a new series of manufacturing and infrastructure investments. We’ll write another one of these in a decade. Who’s taking odds on any new cars with internal-combustion engines remaining on sale?