THERE CAN only ever be one first. Edmund Hillary. Chuck Yeager. Neil Armstrong. Falcon XR GT. And just as we know what it was that Messrs Hillary, Yeager and Armstrong did first, we all know that the XR GT was the first proper Australian muscle car. And that’s why it’s here.

The XR model itself was the first of the second generation Aussie Falcons and while the sleek first-gen cars were lookers, they couldn’t match the ‘Mustang-bred’ XR for macho appeal. The Coke-bottle hips, the bold face and long bonnet; they all added up to a car that stood out.

By this stage of the game of course, the importance of winning the annual Bathurst classic was beyond question. Local car-makers had already started messing about with Bathurst specials, including Holden with its EH S4 and Ford with the Harry Firth-designed Cortina GT. But it was the bloke running Ford Oz at the time, Bill Bourke, who invented the four-door muscle car. Back then, Ford was experimenting with a police-pursuit special option package which, once Bourke got hold of it, morphed into the GT. And what a thing it must have been.

Back when heaters and disc brakes were still options on your family-spec Falcon, the XR GT had not only front discs but a floor-shifted manual trans, schnazzy wheel trims, a genuine-artificial woodgrain tiller with a big, padded boss, extra gauges, bucket seats and, wonder of wonders, a 289 cubic-inch V8. Have mercy! The Aussie Bathurst special had come of age.

Of course, the XR was the model that introduced us to the joys of a V8 powerplant in a Falcon, and unlike the earlier Valiant V8 option, you could spec the Ford V8 in everything from a Falcon 500 up. 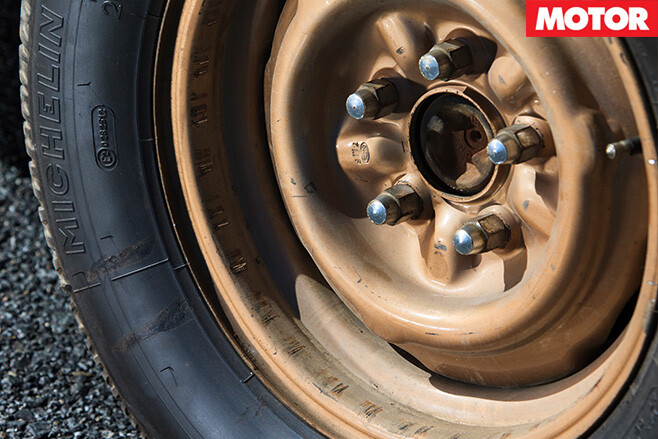 Of course if you wanted a manual gearbox to go with it, you needed a GT and if you didn’t like metallic gold, then you were all out of luck, because that’s the only colour she came in.

It’s probably quite easy to underestimate what a sensation the XR GT was in the day. But it’s impossible to downplay the effect it had on the type of cars we aspired to and bought.

Bathurst? Well, the XR GT absolutely lived up to its design brief there. Harry Firth and Fred Gibson claimed the 1967 Mount Panorama silverware in an XR with the Geoghegan brothers second, making it a GT one-two. Even in 1968, the year that Holden’s new GTS327 Monaro took the big prize and Ford had switched to the XT GT, the first Falcon GT home was the XR of Ken Stacy and Brian McIntyre in seventh outright. Of course, these days a decent hot-hatch would blow an XR GT into the weeds. Equally clearly, that’s not the point.

Nope, just like Edmund Hillary, the XR GT was the first – they just had different mountains that made them famous.

What's our fave Falcon? Check out MOTOR's take on the top 10 Fast Ford Falcons ever made here.