More importantly, any time I’ve bellied the beast, it’s been by the barest of margins when a smidge more ground clearance would have made all the difference. More momentum might have done it too, but that’s not the approach I like to take.

Reading VSI8 from Vic Roads, you can fit wheels up to 25mm wider and a wheel and tyre package with an overall diameter no more than 15mm larger than the largest “specified by the vehicle manufacturer for that model or vehicle series”. So my Pajero now wears Exceed-sized 16x8 Dynamic steelies wrapped in Cooper Discoverer AT3 265/75 LT rubber. That threw the speedo out by seven per cent the bad way (speeding when you think you’re safe), but it’s in hand. 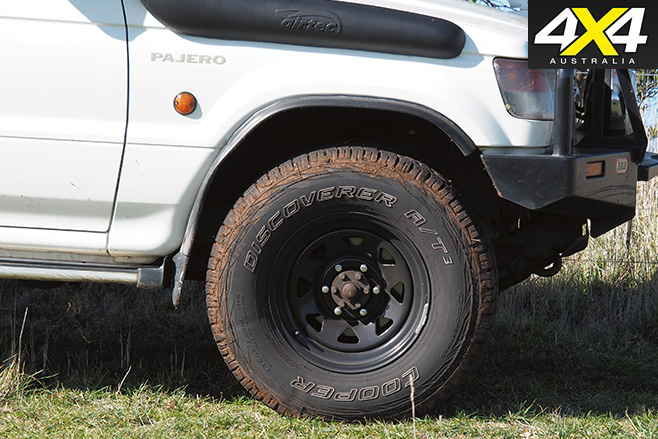 Replacing a set of heavily worn mud terrain tyres, these Coopers seemed near silent at first. As familiarity has worn on through one-ninth of the guaranteed lifespan, I hear them a little now but it’s far from intrusive – I only notice after driving a regular passenger car. They’re overdue for a rotation too and doing that often lessens the tyre noise.

In a real emergency braking situation early in their life, they locked up with substantially less effort than I’d have liked, but it’s impossible to say whether the lack of grip was due to tyres with only 200-odd kilometres on them, or something on the road surface. Having given them a few test stops (on empty roads) since, they seem fine now.

Off the blacktop, they’re impressive. No Outback treks yet, but my new fascination with hang-gliding means they’re making frequent runs up and down mountains, loaded with a few gliders on the roof and their pilots on-board. Some of these climbs are accessible for ‘twobies’ but as responsible off-roaders know, a fourbie makes it easier and leaves the track in good condition for everyone else. 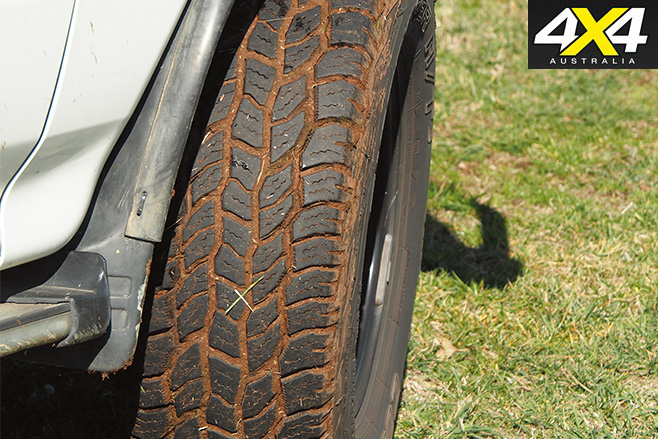 The Coopers didn’t so much as slip on the loose shale corners at The Paps, near Mansfield, Victoria, or slide downhill in the mud created by the torrential rain that cancelled flying at Ben Nevis (Ararat, Vic) before it even began.

The Coopers’ performance is great so far, but there’s one downside. The extra ground clearance that I wanted means I now struggle to reach the roof rack!

RATED
We say: Terrific all-rounder for use in mixed on- and off-road conditions.
Info: www.coopertires.com.au 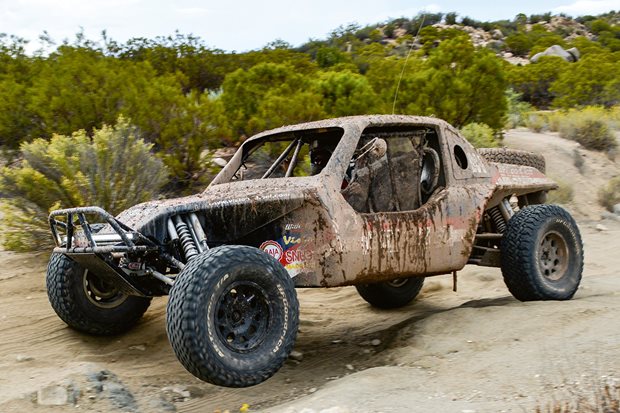 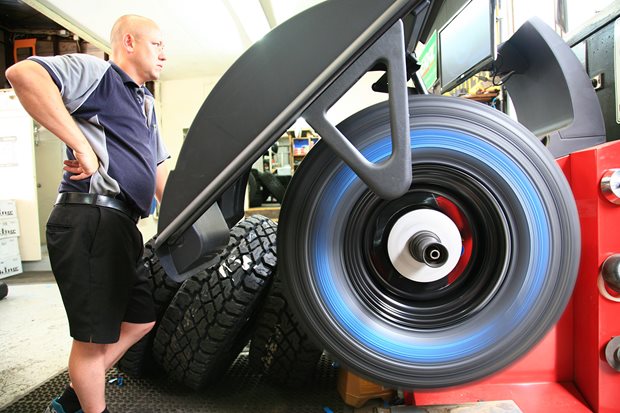 Cooper’s S/T MAXX tyres are great all-rounders. But how do they go on a Troopy? Mark Allen reckons they go all right. 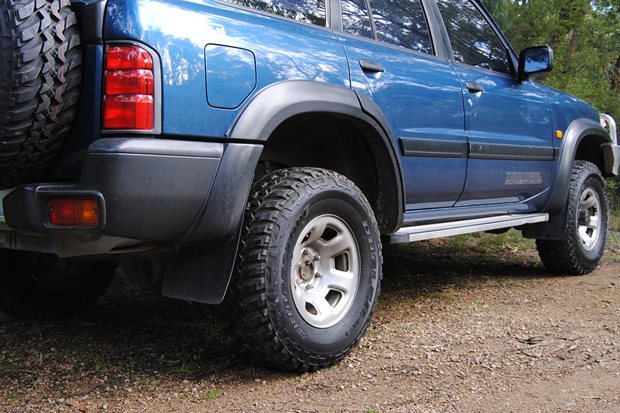 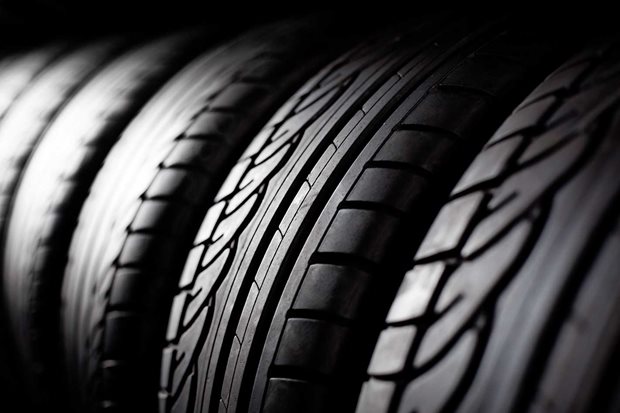 All you need to know about tyres

The cheap runabout, the family sedan, the SUV and the performance car all have one thing in common – well, four things to be exact – the tyre.